The aura is the colorful electro-magnetic energy field that surrounds every living being. Once we find the colors that make up one’s aura, we can use it to learn more about one’s thoughts and emotions, as well as one’s current state of mind. Everyone has an aura and everyone’s aura is unique to to them.
For centuries, it was believed that auras could only be seen by “gifted” individuals. However, technology is now catching up with spiritual intuitiveness and huge strides have been made in capturing auras digitally. Not only can one’s “standing” aura be identified, we can observe how emotions, environment and other factors alter one’s aura – in real time! This breakthrough technique was even on display at the recent 2014 International Indian Film Awards, with many Bollywood stars experiencing aura photography first-hand.

Just as there are varying hues to every color, there are many characteristics represented in each aura color. The position of each color around you – i.e. towards the center of your body or above your head – also determines the interpretation and intensity of that particular personality trait.

Here’s a basic snapshot, if you will, of what each aura color means:

Bold and vibrant, red auras usually surround those who are active, passionate and have a zest for living. Children usually tend to have red auras, symbolic of their sense of adventure and high energy. Reds are also found around grounded, highly intelligent individuals who have a strong survival instinct.

This purple hue usually flows from individuals who are open emotionally and unafraid to share their vulnerability with the world. Individuals with artistic talents usually display violet auras. Not surprisingly, people with violet auras tend to be empathetic and giving.

This energetic color easily radiates from enthusiastic and jubilant people. Those with yellow auras typically have a good sense of humor and are quite hopeful. These individuals also tend to be charitable in nature and interested in humanitarian efforts.

Like violet, blue auras normally radiate from very sensitive individuals. They are deeply loyal, trustworthy and devoted. Also, highly talented people are usually surrounded by blue auras, explaining their ability to tap into their own and others’ emotions. You will also find blue auras around spiritually connected people. Great communicators posses blue auras.

This vibrant green hue tends to hover over those considered to be deep thinkers, like philosophers and spiritual gurus. These individuals are usually strong, dedicated, and highly value hard work and achieving goals. Those possessing both yellow and emerald auras can sometimes be perceived as shy, but on the contrary, are provoking and witty.

Extremely creative people are often photographed with this warm, sunny glow. It is commonly found around empathetic people – those who can relate to others and openly share that connection, like actors or those who are accustomed to public speaking. Intense and abundant orange can also signify stress, especially radiating from someone who may be working on a specific task and prone to perfectionism.

It is a mixture of red (passion, sex), and white (spiritual). Pink is where people are connected on an emotional, and yet highly spiritual level that transcends mere physical love.

Those possessing white auras are usually connected on a highly spiritual level and considered to be transcendent. They are generally not interested in worldly matters and put their energy towards efforts that place them on a higher plane – like meditation. Children can also display white auras, signifying innocence and purity.

The most fascinating element to studying auras is watching it change as your mood, environment, health, and spiritual enlightenment evolves. One might consider it the real mood ring. 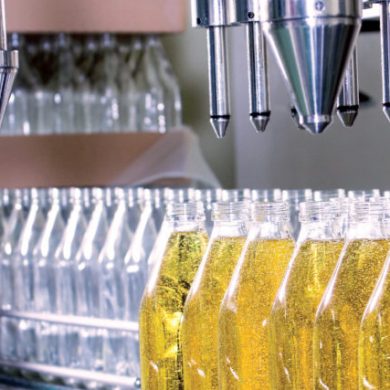