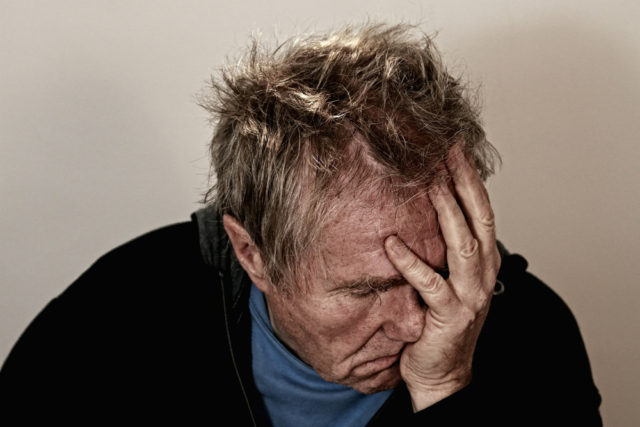 “Nothing on earth consumes a man more quickly than the passion of resentment.” – Nietzsche

Since time immemorial, all over the world, there has been one quest and that is the quest for coping with anger. I firmly believe that optimum lifestyle intervention or mind-body interventions are the only methods available today to cope with Anger. Each component of the word Anger can be represented as A-Agitation, N-Negativity, G-Grief, E-Enmity (Hostility) and R-Revenge. (When transformed, then Anger gets represented by A-Agility, N-Nobility, G-Gratitude, E-Efficiency and Excellence and R-Respect and Reverence.)

Anger is defined as a negative physical, mental, emotional, psychological and environmental response (expressing poison) to any negative stressful situation. If not managed well, it may be disastrous and fatal not only for an individual, but for a family, community, society or nation.

Mismanaged anger and rage are the major causes of conflict in our personal and professional relationships, which ultimately lead to diseases such as heart attack, high blood pressure, stroke, etc. As we all know, heart attacks are one of the most common causes of death.

Anger management is necessary to have optimum health. Even one fit of anger may precipitate a heart attack, an episode of angina, an episode of significant high blood pressure, stroke or paralysis, palpitation, restlessness, sleeplessness, hyper acidity, and a breach in relationship. It is, therefore, necessary that we must adopt all the techniques to manage anger in such a manner that it has no deleterious effect on our system.

Managing anger is therefore essential for optimal integration of various components of health, which is defined by the World Health Organization as a state of physical, mental, social, spiritual and environmental well-being and not merely the absence of disease. Thus, health from the mind-body perspective or Ayurvedic standpoint is an optimal integration of body, mind, spirit, soul and environment. Environment is our extended body. You and I are the expressions, manifestations, or the products of interaction between the microcosm, what we call as internal environment, and the macrocosm, what we call as external environment. There is a Vedic expression, which says, “Yatha pinda, tatha brahmaanda.”

We have sixty trillion cells in our body and six trillion chemical reactions are occurring every second in accordance with the laws of nature. We are not even aware of it. Thus, this whole universe or external environment is like a cosmic computer and these cells act like the terminal of the cosmic computer. Who then is the programmer? The programmer is our mind. Our mind is an expression of the cosmic mind and our energy is an expression of the cosmic energy. Perfect mindset is responsible for perfect health and imperfect mindset is responsible for anger and disease. Every bit of the universe is in us and every bit of us is in the universe. We are the holographic expression of the entire universe and vice versa.

I firmly believe that there are two predominant emotions in human beings. One is the emotion of fear and the other is the emotion of love. From the emotion of fear originates jealousy, hate, negative competition, anger, hostility, irritability, cynicism, violence, vengeance, clash or negative competition between two opposing forces, etc. The opposing forces may be in the same individual as fight between mind and intellect or two individuals such as mother-in-law and daughter-in law, nagging spouse or partner, two communities, two societies, two nations, etc. The most common causes of conflict are lack of communication, miscommunication or no communication, lack of understanding, misunderstanding, and other negative emotions, ultimately giving rise to a “fit of anger.”

Anatomy and Physiology of Anger

Now, if we analyze the anatomy and physiology of anger, it has been well documented that one fit of anger may stimulate the brain, which in turn stimulates adrenal glands, thereby liberating jittery chemical molecules such as adrenaline, noradrenaline and cortisol. These chemicals are responsible for increase in heart rate (palpitation), irregularity of heart rhythm (arrhythmia), increase in blood pressure, increase in breathing rate, enhanced clotting mechanism, and spasm of coronary artery giving rise to angina, heart attack, sudden cardiac death and even stroke or paralysis. It may reduce blood flow to the extremities, increase tenseness in the muscles, increase sweating, nervousness, tremulousness, confusion, difficulty in decision making, burning in the stomach due to hyper acidity or stress-induced ulcers in the stomach, irritable bowel syndrome, premenstrual and post menstrual tension, post menopausal syndrome, recurrent apthous ulcers in the oral cavity, recurrent infections and even cancers can occur.

What are we doing? Where are we going? Anger or happiness, we can’t have both. What Do We Feel When We Become Angry? We feel fearful, frustrated with negativity and cynicism, hostile, irritable, arrogant, insecure, vindictive, vengeance, jealous, hateful, violent, guilty, etc. On the physical level, we feel palpitation, heaviness in head, high blood pressure, tremulousness, sweating, fast breathing, increased skin and muscle resistance, restlessness and sleeplessness.

What Do Others Feel When We Become Angry?

They feel stressed, tense and hurt and may also get palpitation, high blood pressure, restless, irritable, nervous and sleepless.

Negative emotions as mentioned earlier, when we are tired, over worked and frustrated. Mahatma Gandhi once said, “My religion is truth and non-violence and non-anger.”

Anger can be classified into two types: 1) Righteous Anger and 2) Unjustified Anger. Righteous anger is one which is not long-lasting, it is superficial, and it does not change the body’s biochemistry. It is positive and creative. For example, parents and teachers have to have righteous anger at times with their children to maintain discipline. Similarly, an employer may have righteous anger with an employee in the organization to enhance productivity. Righteous anger is always without any selfish motive. It has its roots in self-referral and not object referral. On the other hand, unjustified anger is a long-lasting anger; it changes the biochemistry, and is always with a selfish motive, an egocentric mind and object-referral.

Anger can also be classified into:

Rage: It is an expression of violent anger, usually destructive. It is a reactionary response to any situation (problem), such as throwing around objects or breaking things into pieces.

Repression (Resentment): It is suppression of anger and directing it inwards. This is also harmful.

Indignation: It is controlled and positive anger such as righteous anger as explained above.

It can also be classified into:

Lord Krishna, in the Bhagavad Gita said, “Lust, anger, greed, attachment and ego are the five gates to hell.” He explained about the process of anger and its consequences as follows:

There is a story of a poisonous snake that used to bite innocent people and kill them. The Lord appeared and gave him a divine mantra not to bite anybody. Some mischievous boys came one day and tried to kill him. The snake tried to save himself, but was badly injured. One year later the Lord appeared and was shocked to see the condition of the snake. When asked, the snake said, “I have not bitten anybody for last one year and come out only in the night to eat fallen fruits and leaves.” Then the Lord said, “I told you not to bite, but I never told you not to hiss.” This is a great lesson for all of us. In order to survive, we have to show our anger at times, but in a controlled manner.

Anger and Heart: It has been well documented in a study from Johns Hopkins University by P. P. Chang who studied 1000 men between the ages of 30 to 58 years and examined their incidence of premature heart attack with anger responses to stress during early adult life. The study indicated that angry individuals have three times higher risk of a heart attack below the age of 55 and six times more risk of a heart attack after the age of 55. A fit of anger can produce a massive heart attack by rupture of atherosclerotic plaque, increased tendency for clot formation, spasm in the coronary arteries, palpitation, high blood pressure, unstable angina, even sudden cardiac death (by ventricular tachycardia and ventricular fibrillation). Even strokes can be precipitated with anger.

Unjustified anger is like an uncontrolled fire and creates a chain reaction. Anger is short-lasting madness. It is like an expression of poison, creating negativity all around.

Anger management is possible in the following ways:

Anger exists in the mind and is the direct result of our thoughts. An event does not make you angry, but your interpretation of the event, of how you feel and think about it can lead to anger.

Maitreya Upanishad says, “There is something beyond the mind, which is silence It is the supreme mystery, beyond the thought Let our mind and our subtle body rest upon that and that alone That’s what love is, if we want to get rid of anger.” 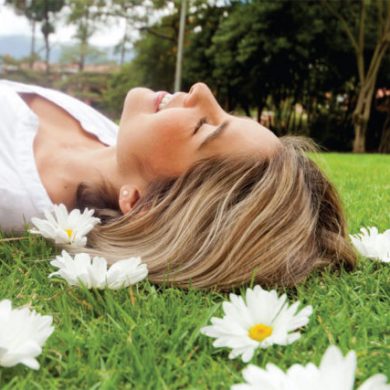