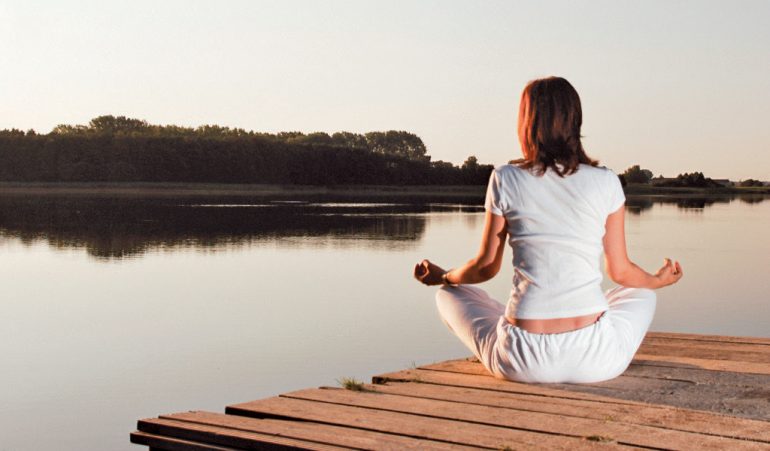 Leaping Beyond the Mind

Patanjali, the great sage who wrote the Yoga Sutras instructs me in this moment, to write on the Yoga Sutras using my mind. The mind is my instrument, and using it, I am the real self. I illumine my mind, nourish it with inspiration, and guide it through endless distractions, until I fully convey my true expression that arises from my genuine self.

With this sutra, begins the greatest exposition on yoga philosophy that has beckoned seekers from ancient times until today, to question their own mind and ultimately subdue it by knowing its nature, and looking through it dispassionately to seek the true self.

Why this quest? What is the need to quiet and tame the mind? Why cannot we let this human piece of ingenious intelligence and activity be, motor running, buzzing and hissing, in default mode, to carry on actively with its worldly business, think what it wants to think and create and destroy what it chooses to focus upon positively or negatively? Why bother with the mind in the first place? What will be achieved by dissolving it and leaping beyond?

Beyond the mind lies the true self. Perhaps, beyond the mind lies that rare truth that powers the mind itself, thought the sages of ancient India. So they closed their eyes and shut out the colorful, material, seductive and enticing outer world, and instead, chose to observe in inner silence, the subtle world of the inner mind.

As the sages watched the fabric of the “so called reality” weaved by ceaseless thoughts that arose and dipped like waves, they knew something – it is not real. It changes. It is temporary. The world projected by the mind is not as concrete as it wants to convince us. And that mind is a veil beyond which lies the truth.

The mind is a riddle, a mystery, a trap, an illusion, a fantasy that cooks in pots of past and future and through the smoke and scent and bilious colors of sensory information, bits and images, the mind covers the serene, unchanging, eternal presence, the reality of the immortal blissful self.

As it happens, mirages thrive in past and future. However, the present moment is loaded with only one thing – that, what is. Hence, sage Patanjali announces that, “Now, begins the discipline of yoga,” because only a consciousness that is anchored in the present moment NOW, and is alert in slaying the mental dragons of past and future, can, in any sincere fashion progress towards the goal of yoga, which is realization of the self.

A consciousness that is occupied in the mental bubbles of “what has been” and “what will be” is choking with the weeds of mental growths, concepts, ideas and reports, warnings and addictions, yearnings and afflictions, unnecessary data and noise, fear and expectations, desire and aversion, heaven and hell.

This mind needs to be first made steady in embracing the quiet presence of what is; and taught how to dwell in the one reality of the non-bargainable presence of the NOW. Accept totally and openly what is being unfolded in the present moment – as an experience of the mind, without needing to accept or reject, glorify or criticize, attract or repulse what is, just because the mind says so.

Sage Patanjali uncandidly calls yoga, the act of union with true self, a discipline – anushasanam; and that too, a discipline fit to be instructed to only such seekers who, through dedicated practice, are established in present moment consciousness – atha.

“This moment, in which the mind leaps beyond, arrives only in the lifetime of sincere seekers who are truly dedicated to the goal of yoga and leave no stone unturned to have the union – yoga with the true self.”

That Auspicious Moment In every true yogi’s life, that one moment will unfold – atha, in which will begin the serious journey of yoga from which there are no u–turns. At last, after many lifetimes of search and disappointment, achieving and losing, fistfuls of illusory truths and realistic falsehoods, the world-bound soul will turn inwards and question the world-maker – the mind.

Now, the mind-show is up. The drama is over. The lights are on and the true script writer, the actor, the director – the true self will reveal itself in time. Let us celebrate that auspicious, one-of-a-kind moment in consciousness, in which begins the journey of yoga through discipline of the mind and body and conscious striving of a spiritual nature, against all odds. In this one moment, the seeker will leap beyond the mind to acknowledge what lies beyond.

The golden moment in which the true and final instruction for the discipline of yoga is received– atha, arrives when all wishes and desires have died a natural death (not suppressed) and only one goal burns feverishly in the heart of the seeker – that of yoga of the false self with the true self, of matter with spirit, of the mortal with the mortal, of the human with the divine.

“The student need not run hither and thither searching for a guru. The guru will find the shishya – student. In the NOW, the seeker’s consciousness has become receptive to what is to be received from the teacher.”

Discipline for the Disciple

Sage Patanjali clearly establishes the path of yoga as a sadhana or a path of intense inner and outer disciplines – anushasanam. From this point of view, yoga’s ultimate goal, discovery of our Inner spiritual truth, is not for the faint hearted but for those who challenge themselves constantly and thrive on keeping the promises to their own self.

It is only through the power of discipline that the seeker will override physical, mental and existential obstacles that are bound to come up; and in spite of them, continue to make progress towards discovery of truth by leaping beyond the mind daily, in every moment of consciousness. Whether it is the discipline to sit still with closed eyes on a clean asana for several hours, or, the discipline to get up before dawn daily, bathe, eat light purifying foods only, bend and move in certain yoga postures, breathe through a sequence of Pranayama and perhaps a few mind purifying mantras, a seeker without discipline will collapse in the beginning itself; or have a seriously abridged practice of yoga. Sadly, this will never deliver the full and incredible potential of the science of yoga.

When Atha, that unprecedented, glorious moment, that heralds the discipline of yoga has manifested in the true seeker’s life, a guru to instruct the seeker on the discipline of yoga will also appear in that historic moment. This always happens. The seeker who is ready for self discipline for the sake of self perfection, self actualization and self realization, is always assisted by the universe in the form of a perfectly matched teacher. In fact discipline or anushasanam proceeds from the yoga or union of student’s intellect with that of the teacher’s.

The student need not run hither and thither searching for a guru. The guru will find the shishya – student. In the NOW, the seeker’s consciousness has become receptive to what is to be received from the teacher. It is no longer entangled in the but’s, could’s, should’s of past and future. The seeker accepts what is being illumined through the grace of the guru without mental inhibitions, restrictions and conditionings. The NOW consciousness has opened all the pathways and channels in the seeker’s being; and he or she is equipped to receive the instructions on the discipline of yoga from the teacher, with vigor and confidence and sense of self determination.

True yogis develop their will power – sankalp shakti, and riding it, they go from strength to strength until the goal of yoga is achieved. Truly, just to watch the mind swinging between the dimensions of past and future, to arrest its wild ride back and forth, and then keep it consciously anchored in the NOW is the greatest discipline. This now begins to unfold the greatest yogic journey of a lifetime that begins in the NOW and ends in infinity of the self. 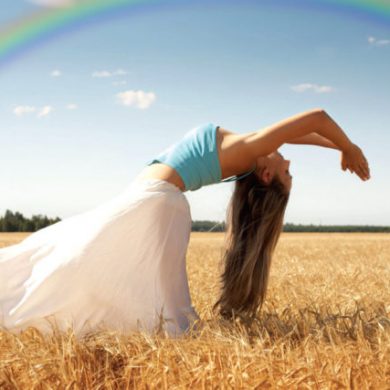