Moss Agate is excellent for balancing physical, emotion and intellectual energy. Being the color green, Moss Agate is known as the stone of wealth and it is said to attract abundance in all forms. Keeping it close while doing bank work or other documents to increase savings.

Moss Agate is also said to be a body strengthener in times of need and stress. It aids in persistence, endurance and mental concentration therefore being very useful during physically strenuous times. Moss Agate was commonly used for talismans to make warriors victorious in battles.

Old gemstone lore has it, if a person wears Moss Agate it over their heart at night, it will attract new love or bring back a wanted former love. 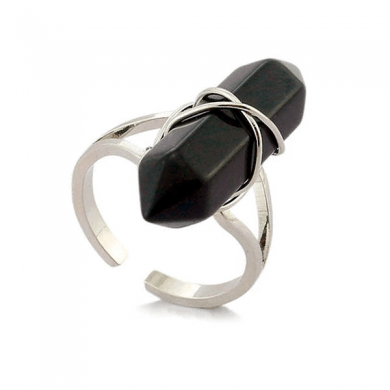