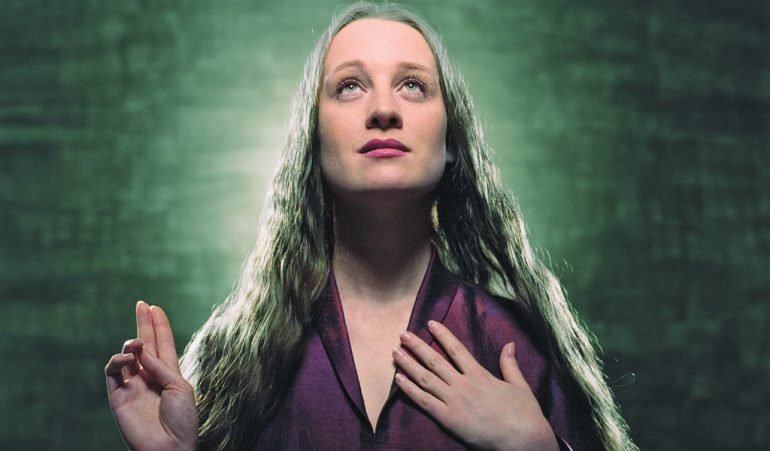 Forgiveness – The Only Answer

One of the greatest abilities given to human beings, and one of the most important on the spiritual path, is the ability to forgive. Forgiveness is not condoning someone else’s hurtful behavior or saying that no mistakes were made. Forgiveness does not mean that the perpetrator should not be punished.

Forgiveness means that we, as human beings on the path of spirituality, must release the pain, anger and grudges which act like a vice on our heart, suffocating us in their grip and wrenching out our vital energy and life force. Forgiveness removes the vice from our hearts and allows us to breathe, live and love freely. When someone hurts us – knowingly or unknowingly, purposely or accidentally – we have three ways of dealing with that hurt.

The first way is expression. We can express our anger, hurt and pain. Sometimes this is useful, particularly if we can express our feelings calmly, articulately, peacefully and in a productive way. However, typically the “expression” of anger quickly degenerates into shouting, tantrums and revenge. Our vision becomes blinded and we can see only the hurtful act. Years or decades of love – as well as our inner calm, balance and peace – get left by the wayside of our consciousness as the steam engine of fury plunges ahead.

Further, expression of anger becomes a habit. We become accustomed to immediately giving voice to our wrath and rage. Slowly, we become the slave of our intractable anger. We become unable to contain it, restrain it, or rein it in and it becomes the greatest hurdle on our spiritual path.

Another way of dealing with anger is suppression. We feel the pain and anger but – due to societal, cultural or psychological factors – we are unable to express it. The pain is real. It lives within us, feeding on every thought of vengeance, playing and replaying the wrong which has been perpetrated upon us over and over again on the screen of our consciousness. We are able to squeeze our lips shut, preventing the venomous words from spilling out, but we continue to seethe on the inside and our ire becomes a festering wound within us. Suppressed anger causes depression, anxiety and stress as well as a myriad of physical illnesses. Further, it distances us, day by day, from our deep, inner Self. Therefore, that is not the answer either.

The only other option is to forgive. Many people misunderstand forgiveness to be a pardoning or exoneration of the act committed. It is not.

Forgiveness is more for ourselves than for the person who committed the act. Every wrong act and every evil deed will be punished by the law of karma. Isaac Newton discovered that “For every action there is an equal and opposite reaction.” This was hailed as a groundbreaking scientific discovery, and to this day Newton is regarded as one of the greatest scientists of all times.

Newton was a brilliant scientist. His precision, method, vision and discoveries were unprecedented. However, our ancient scriptures had already given the law which is today known as Newton’s 3rd law of motion. We simply call it Karma. Every action you perform is like a boomerang. It comes back to you – if not in this life, then in later lives, if not directly then indirectly. Whatever pain we cause to another, we will experience ourselves. No one is free from the law of karma.

It is crucial to understand that forgiveness does not mean we absolve someone of their karma. That is God’s role and it is not one that we have the power to play even if we wanted to.

“Forgiveness means that we are able to tap into the well of compassion which flows in our hearts and offer some of it to those who have wronged us.”

When Will You Draw The Line?

So many people come to me, their identities determined and lives plagued by wrongs which have been wrought upon them sometime in the past. Sins of commission (e.g. the abusive parent), sins of omission (e.g. the absent or indifferent parent), sins they can recall, sins they cannot recall, sins committed by those who are still living, sins committed by those who have long since passed away, sins by those they knew, sins by strangers, sins upon them personally, sins upon the collective consciousness of which they are a part. Their lives, their paths and their decisions have been shaped by the enduring pain of these past wrongs.

They may not remember details of the sin itself; but they are vividly aware of how this sin has ruined every day of their lives since. They are stuck, unable to move forward, held prisoner by acts long-ago committed, crying over abuse lashed onto skin cells which have long ago perished. The abuses, the wrongs and the betrayals are all very real. The stories are heartwrenching, and my eyes fill with tears for each person who has had to endure pain. I am confident that the perpetrators have all received or will receive in the future the bitter fruit of the karma they have committed.

However, just as tragic as the stories of abuse and betrayal, of stolen childhoods and shattered dreams, are the stories of these people today: broken adults unable to cut the chains that bind them to events of the past, unable to take a step without the shackles of yesterday.

I ask each of them the same question: “Are you going to take this pain to the grave?” They all emphatically reply: “No!” or “I hope not!”

I then ask them: “Are you going to release the pain on your deathbed? How about a week before your death? Two weeks before your death?” These people are usually decades away from old age, and their answers unanimously reflect their wish to be free of the pain long before the end of their lives.
Then I ask the crucial question: “But when? When will you release the pain? You are waiting for someone to come and draw the line, to come and say ‘Now you are free.’ No one will draw the line for you. You must do it yourself. But today I tell you, ‘You can be free.’ Just draw the line.”

We hold onto our pain because it identifies who we are, it gives us an excuse for behaving the way we do, it has become such a familiar feeling that — regardless of its self-destructive nature — we cannot let it go. Yet let it go we must if we want to move forward.

The best way to release the pain is to honestly and deeply forgive the person who has wronged you. We must see the perpetrator as a fallible human being and allow the love in our heart to flow towards him/her. When we are able to feel compassion for the situation (either physical or mental) that he/she must have been in to commit this mistake, the chains that bind us are loosened and we are free to take a step forward into today and tomorrow. It is not an easy task, but it is an essential task if we want to live full, joyful and peaceful lives.

There are innumerable examples of how saints and seers have forgiven those who wronged them, the most famous being Jesus Christ’s last words of “Forgive them Father, for they know not what they do.” There are divine, beautiful stories of how vast the ocean of forgiveness can be. Let us fill our cup from the infinite ocean of compassion and forgiveness so that we can step freely, peacefully and joyfully into the future, leaving the shackles of the past behind. Let us fulfill our unique purpose, our Divine mission here on Earth, rising to our greatest potential — academically, professionally, emotionally and spiritually. 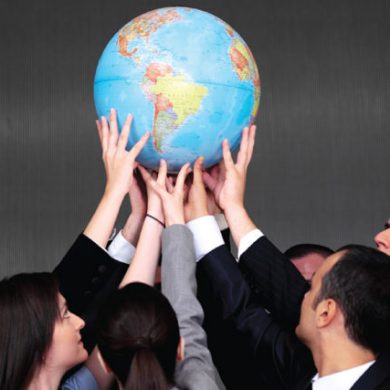 One World, One Humanity
X