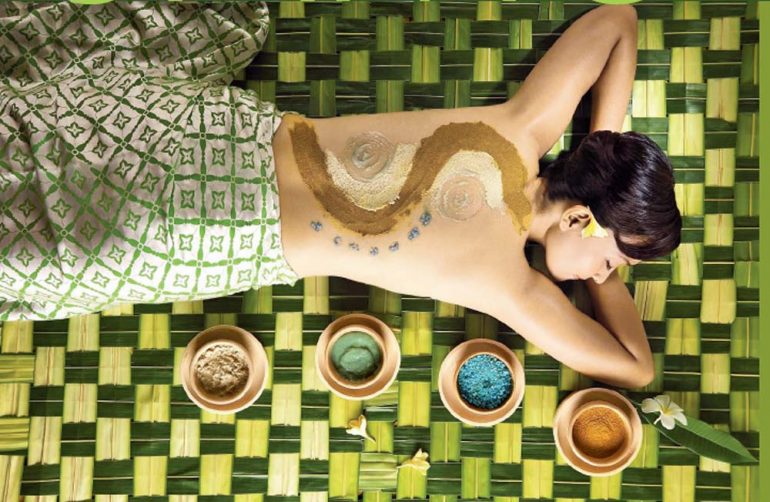 Jamu – An Indonesian Way of Life

On my first trip to Yogyakarta (a city in west Java and the cultural capital of Indonesia), my guide Bobby, a very versatile and jovial man who could speak English, Dutch and bhasa with a rare fluency, introduced us to Jamu. His mother was a member of the Yogyakarta royal family and he filled us in on several interesting anecdotes and stories. One such story was about Jamu, which is an all-purpose medicine in multiple forms – for good health, weight loss, virility, beauty treatments, etc. He took us to a shop where both of us sampled a glass of Jamu, my husband with an egg and I without one. It had a distinct herbal taste. This was my first brush with Jamu.

Jamu is touted as the elixir of life and 80 percent of Indonesians swear by its effectiveness and drink a glass every day after reciting a prayer. From Jamu as herbal medicine to scrubs and baths, to massages, to wraps and full body rituals, all are guaranteed to nurture the body and soul. It has permeated all levels of society and is fast gaining popularity around the world.

The tradition of Jamu is a very integral part of Javanese culture. Indonesian Jamu is part of an integrated system of inner and outer health and beauty – encompassing powder, pills, capsules, ointments, lotions and drinks. Jamu has a 1200-year-old history! Like herbal medicine in other countries, Jamu is used as a preventive medicine rather than a cure. It is believed to promote good health and purify the blood. But unlike Ayurveda, Reflexology and Chinese medicine, somehow it is not known much outside Indonesia.

An interesting tradition in Indonesia is in the Javanese wedding ceremony, where the mother presents the newly married couple with a box or Botekan containing various seeds, rhizomes and dried cuttings from traditional medicinal plants and spices. Traditionally, these should be used on the first day of marriage and more importantly, be planted in the garden of the couple’s new home. This gesture is a mother’s last symbolic effort to provide a healthy life for her daughter.

Jamu is touted as the elixir of life and 80 percent of Indonesians swear by its effectiveness and drink a glass every day after reciting a prayer. From Jamu as herbal medicine to scrubs and baths, to massages, to wraps and full body rituals, all are guaranteed to nurture the body and soul.

The use of plants for medicinal purposes in Indonesia dates to prehistoric times. Stone carvings from the Borobudur Temple dating from 800-900 AD depict the kalpataruh leaf (from the mythological tree that never dies) and other ingredients being pounded to make mixtures for women’s health and beauty care. These carvings also depict people giving body massages, a healing process recorded in many parts of the world, particularly in China, Japan and India.

Historical reference to Jamu can be found in two manuscripts in the Surakarta palace library that till date, are arguably the best references on Jamu and traditional medicine in existence. These two texts – Serat Kawruh Bab Jampi-jampi (a treatise on all types of cures), and Serat Centhini (book of Centhini) give systematic accounts of Jamu. The former comprises a total of 1,734 formulae made from natural ingredients, together with information on their uses. A further 244 entries are in the form of prayers or symbolic figures used as powerful amulets or talismans to cure specific health problems, or to protect the owners from any black magic aimed in their direction.

An entire beauty regime has been created by leading spas like Martha Tilaar Spa called the Jamu Garden, which encompasses beauty and health care rituals including the drinking of Jamu, Jamu massage, Jamu scrubs, Jamu herbal wraps and bathing ceremonies.

Martha Tilaar believes, “In Indonesia, a woman does not have to be born beautiful to be beautiful, but she must know how to bring out her beauty.” Based on this philosophy, the Martha Tilaar group has changed the looks and lives of many.

One of the most tempting treatments offered here is the Kendedes Princess Ritual, inspired by the legendary beauty of Princess Kendedes from the Singosari Empire, East Java, 18th century. This program is a complete package of beauty care for women, especially for brides. It starts with a massage, followed by Lulur (traditional scrub to make the skin supple and bright), then an herbal steam bath and anointment of the body with jasmine and kenanga lotion, and finally ratus (herbal aromatic smoke) for cleansing and removal of unpleasant body odor.

A must-try are the recipes from their Jamu bar: Kunyit Asam made from turmeric, tamarind, betel leaves and brown sugar helps in elimination of foul body odor, decreases hormonal discharge and energizes the body.

Another must-experience treatment is the “Jamu Massage” offered by Taman Sari Spa. It is a herbal massage treatment to rejuvenate and keep the body fit. This newly launched treatment combines in itself four therapies which consist of aromatherapy, herbs therapy, massage therapy and detox. First, the therapist gently scrubs and massages the body with oil, then the body is massaged with steamed herbs, followed by a Javanese massage to help the herbal juices seep into your body. It lasts 90 minutes and costs approximately US$ 45.

Another excellent treatment is the Herbal Wrap offered by Javana Spa where towels dipped in herbal Jamu concoction are wrapped around the body, which is then wrapped in cellophane and a hot blanket, and left for 30 minutes. This is an excellent treatment for detoxification.

After every treatment, a hot cup of Jamu is offered to the customer for detoxification and energizing.

Jamu is a holistic therapy. It rests on the concept of harmony – balance between a person and the environment, or the balance between the hot and cold elements in the body. The method of Jamu treatment is very different from the
conventional western approach. In western medicine drugs usually act to kill an infection, while Jamu encourages the body to produce its own antibodies. In other words, Jamu acts as a catalyst and does not replace the body’s functions The cure comes from within.

Jamu has four basic functions. It treats particular illnesses (problems as varied as kidney stones, cervical cancer, diarrhea); it maintains good health (through the promotion of blood circulation and increased metabolism); it relieves aches and pains (by reducing inflammation); it cures digestive problems; and it also addresses particular malfunctions in the body (such as lack of fertility or unpleasant body odor). Sometimes it can be multifunctional: for example a Jamu may be a general tonic, but it also acts as an antiseptic to prevent stomach infections. There are more than 300 blends of Jamu.

Jamu is not an overnight remedy. Results can only be achieved with regular use over a period of time. And because the cure is gradual, patients do not usually experience any side effects. Some Jamu concoctions are made from poisonous herbs and if they are not mixed and administered correctly, they can be potentially toxic. The herbalist’s art lies in knowing how to neutralize these poisonous elements to produce a powerful and curative medicine. Sometimes, Jamu is taken alongside a course of traditional massage to speed up the healing process.

Jamu is a holistic therapy. It rests on the concept of harmony – balance between a person and the environment, or the balance between the hot and cold elements in the body.

One can buy Jamu easily. Readymade Jamu is available in the form of powder, pills, capsules, drinking liquid and ointments. Then there are Jamu shops, which sell only the ingredients, or prepare the Jamu remedy as required by the buyers.

The Herbs in Jamu

Of the 40,000 species of tropical plants in the world, an estimated 30,000 grow in Indonesia. Close to 1,000 of these are commonly used in the preparation of traditional medicine, although only 286 plants have been registered at the Department of Health. Out of these only a handful of species are the undisputed superstars of Jamu and they all belong to the ginger or Zingiberaceae family: turmeric, greater galangal and so on. There are hundreds of herbs for Jamu prescriptions which include spices, leaves, fruits, barks and flowers. In roots, rhizome is the most important ingredient.

Calcium, Magnesium, Iron, Vitamin B6 and many others.

There are more than 300 recipes of Jamu.

Ibu BRA Mooryati Soedibyo, President of Jamu manufacturer Mustika Ratu and Chairman of the Indonesian Jamu and Traditional Medicine Association tries to summarize it: “Indonesians who believe in God and his powers understand the mythology of Jamu in people’s lives. God created human beings and provided for their physical health and welfare. According to ecological concepts, nature is meant to prolong life and life depends on how people use their sense and instincts. Instincts teach us that if there is darkness there must be light; if there is disease there must be a cure; if there is poison there must be antidote.”

To increase appetite
To energize the body
To decrease liver problem 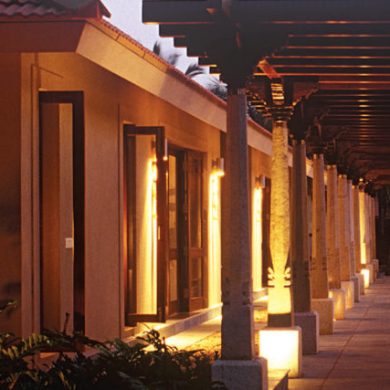