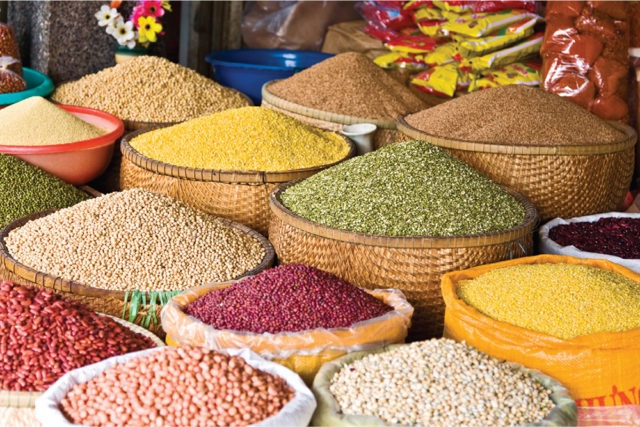 Unraveling the Mystery of Grains

It’s difficult not to be overloaded with information about nutrition these days. Are particular foods healthy or are they to be avoided? What amounts of certain foods should we eat? How do we distinguish fad diets from the latest cutting-edge scientific nutritional research?

One of the most confusing areas can be the subject of grains. What do labels such as whole grain, multigrain and refined mean? The food pyramid guide by the U.S. Department of Agriculture says grains should constitute the largest percentage of our diet, but what about advocates of the gluten-free and Atkins diets that have emerged in recent years? How does this work if you’re a vegetarian who relies heavily on grains for nutrients that you don’t want to get from animal products? To put some of these questions in perspective and to help our readers be smart consumers, we set about to find more information about grains.

What Are Grains?
“Cereal grains are technically the seed head of a grass,” says Julie Miller Jones, a nutrition professor and distinguished scholar from St. Catherine University, who also chairs a committee for the American Association of Cereal International and has served as a chairperson of a task force on whole grains. “The most common ones we eat are wheat, oats, corn, rice and barley, but it also includes grains like sorghum and millet.” Others include maize, rye, triticale, fonio, amaranth and teff.

Also classified as grains are what are called pseudo grains—which are not botanically the seed head of a grass—such as buckwheat and quinoa. Some people consider field grain crops such as legumes, peas and flax seeds to be grains, while others do not. Grains can also vary according to region: while rice is the grain most consumed worldwide, wheat is the most popular in the U.S. In Africa, teff and amaranth are more common. Although barley is not widely consumed in the U.S., it is popular in Nordic countries.

Another term a grocery shopper is likely to see is multigrain. “Multigrain simply means that there’s more than one grain,” says Miller Jones. “But I could have more than one refined grain and it could be multigrain bread. I could have multigrain bread with lots of different whole grains in it…then you have to look at the ingredients statement to see if it’s made with whole wheat, whole rye, whole corn, whole oats, to see if these grains are whole grains.”

White bread, which uses flour from refined grains, is not the most nutritious option. “They remove the germ because it can mold, and they remove the bran because it makes the bread look dark,” says Carolyn Dean, MD, ND, who has authored 22 books on health and nutrition. “In the germ there are 97 percent of the nutrients… and in the bran there’s the fiber. So they end up taking everything good out of it.” However, don’t be confused if you see whole white wheat flour on the shelves of your grocery store—this simply means it was made from white wheat, not that it is refined.

The lack of nutrients may also account for why white bread may feel less filling, leaving one still hungry. “When the nutrients are lost from the grains, one of the biggest losses is magnesium,” says Dean, who also is the medical director for the Nutritional Magnesium Association. “So that’s a real concern to us, that in order to get enough magnesium out of white bread you would probably have to eat about twenty loaves. And a lot of people, they tend to just over-consume carbohydrates because their body is still nutrient-deficient. So you keep feeling hunger for nutrients and you overeat.”

Grains and Your Health
“Grains are important for a whole number of reasons,” says Miller Jones. “They’re the major contributor of dietary fiber in the diet.” According to Miller Jones, the data shows that people who consumed a high number of grains were shown to have a lower risk of hypertension, diabetes and coronary disease.

You also might get some additional nutrients, she says. “Many people don’t know that a serving of whole grain (or) whole wheat will have roughly the same amount of antioxidants as some of your high-powered fruits and vegetables…so they deliver fiber, they deliver antioxidants, and they deliver things like Vitamin E (and) magnesium.”

On the other hand, Dean believes that certain people can process some grains well while others cannot. For instance, individuals who suffer from conditions such as Irritable Bowel Syndrome, Crohn’s disease or Colitis often find relief by eliminating sugar, dairy and wheat from their diet, she says. Likewise, people with abnormal blood sugar levels often improve after avoiding wheat and sugar.

“What makes it difficult with the food guide pyramid, where grains are listed, is that everybody thinks they’re necessary,” says Dean. “Maybe if we had perfect bread it would be different. Maybe it’s the way we refine it, because I know personally I don’t digest bread or pizza in America, but when I go to Europe I can eat their bread and pizza, maybe (because) it’s not so refined and doesn’t have so many chemicals in it.”

Dean also cautions against grains that have been genetically modified, instead encouraging consumers to seek out organic and unrefined options. “A lot of these foods are now being genetically engineered, and certainly European research is showing that these foods are not normal to the body. So the body attacks them as foreign bodies and becomes inflamed and irritated as a result.”

What Grains Should I Eat?
So what are the healthiest and least healthy kinds of grains? It’s not that simple, says Miller Jones, who compared such a question to one asking what is the best vegetable to eat. “They deliver different kinds of fiber, they deliver different kinds of nutrients,” she says. “For instance, brown rice is, of the grains, the very lowest in fiber. So some would say that’s the worst choice, but it’s not.” Brown rice has an ingredient that has been shown to lower cholesterol, and it also promotes better blood glucose control and can decrease risk of diabetes. Similarly, rye has an ingredient that lowers the risk of breast cancer. Having only one or a few types of grain in your diet would be similar to eating only certain fruits or vegetables: a well-balanced diet has a wide variety.

“So by getting a mix of things, you can really maximize your bread,” says Miller Jones. “Just like buying securities: what you want is a whole bunch of them rather than (having) all your money in a single thing.”

Different grains can have specific dietary benefits, says Gina Hill, a nutrition professor at Texas Christian University. Quinoa has a high amount of protein and amino acids, which lowers cholesterol levels and therefore decreases the risk of heart disease. Rice also lowers cholesterol levels, as stated before, but while some may only be familiar with brown and white rice, it also comes in purple and black varieties as well. The more colorful varieties tend to be higher in antioxidants. Although buckwheat is a less common grain, its popularity has grown in recent years. Individuals who cannot tolerate gluten, such as those with celiac disease, can still enjoy grains: buckwheat, corn, quinoa and rice are all gluten-free. Whole grains in general also make one feel fuller, making one less likely to overeat later.

Whole oats are also another good choice. “Oats are really well-known to decrease cholesterol because of the fiber contents in them,” says Hill. “They have a lot of soluble fiber. And oats cook really quickly, they’re kid-friendly, you can do a lot of different things with oats, you can add them to cookies, they’re versatile…if you make cookies with oats and raisins and things like that, that’s going to offer worlds more health benefits.”

And don’t overlook corn. “Corn I think gets a bad rap for some reason, I think probably because it’s made into high-fructose corn syrup, but corn has a great amount of fiber,” says Hill.

“Cornbread is an easy thing for people to fix. It’s a whole grain source—even corn chips are going to be better than some of your other types of fried chips, and if you can lower the amount of sodium in them they can actually be decent snacks. They don’t have to be fried, you can bake them. Popcorn—we forget about that oftentimes but that’s a whole grain, and it’s a very healthy snack as long as it’s not covered in tons of butter.”

If you suspect diet may be the culprit of your health problems, Dean suggests seeing if a particular grain might be the reason. “What I tell people to do is to take their favorite grain and avoid it for a week,” she says. “Then have a whole day of eating it and see what your body does, because your body will then let you know. We’ve grown up perhaps eating wheat products three times a day, toast and sandwiches and dinner rolls and pizza, every day we’re eating it, so we don’t give our body a chance to know what it’s like without.”

Types of Grains and Their Benefits 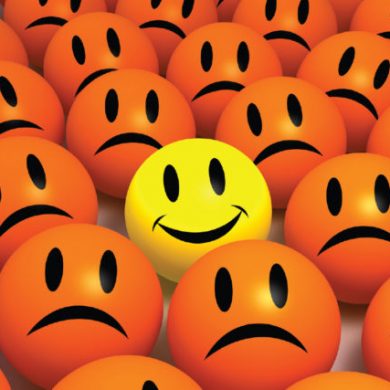