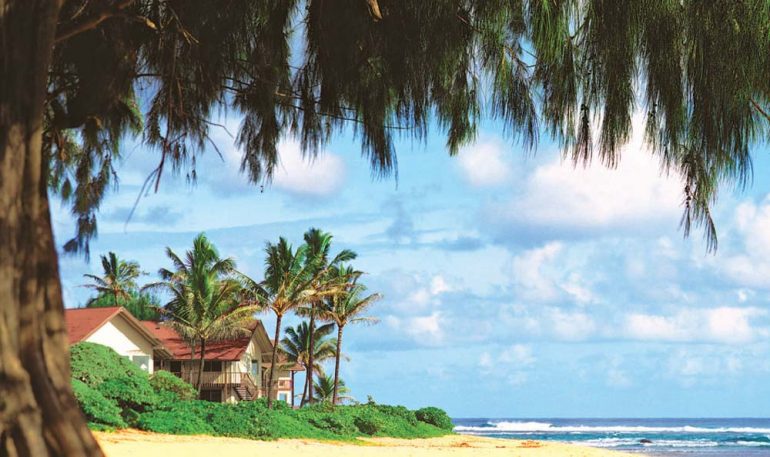 Take a Stroll Down to the North Shore

The Hawaiian island of Kauai is perhaps one of the most picturesque and ecologically diverse places in the world. Dubbed the “garden isle” by natives and vacationers alike, its beauty and climate makes it easy to surrender to the senses and leave the mainland behind for at least a little while. While the island offers everything from pristine white-sand beaches to lush stretches of untamed rain forest to stunning cliffs and canyons (namely, Waimea, the second largest canyon in the United States), it’s Kauai’s North Shore that scores points among serenity seekers and honeymooners intent on a piece of quintessential Hawaiian utopia.

Kauai’s dramatic North Shore is dappled with charming villages that give vacationers a glimpse into a simpler island past, and leads to the stunning peaks of the Na Pali Coast, which crest up 4,000 feet above the ocean and sprinkle the fronts of many a gift shop postcard. The North Shore is also home to the quaint fishing town of Hanalei, which was originally settled by Pacific voyagers thousands of years ago, and offers a timeless portal into the island’s ecological and cultural history.

The town of Haena, which is accessible by way of a coterie of one-lane bridges flanking aqua stretches of ocean, is home to Hanalei Colony Resort. This five-acre haunt is situated in one of the most stunning locales in all of Kauai; lush gardens, watery grottos, sultry jungle foliage, foggy summits, cascading waterfalls, and fragrant botanical gardens imbue the surroundings with a sensual mystique that offers far more than your typical beach side setting.

Hanalei Colony Resort is wise enough to understand that with this kind of setting, ostentation and unnecessary frills are out of the question.

Off-site activities ranging from snorkeling off the Na Pali Coast to river treks down Wailua River abound; but you may prefer to laze around by the pool and Jacuzzi or lounge on your lanai and soak up the inimitable views with a mai tai. And at the end of a long day, be sure to head over to the resort’s award-winning restaurant, The Mediterranean Gourmet, which boasts delectable Lebanese-inspired fare and Middle Eastern dance performances.

Undoubtedly, one of the best parts of a stay at the resort is waking up early, stepping out onto your lanai, and taking a sunrise stroll along the beach—but this is the North Shore, where picturesque beauty is equaled by churning water and unpredictable weather, so be aware of high surf warnings.

A visit to Hanalei Colony Resort would be incomplete without a leisurely session with one of the talented therapists at Hanalei Day Spa. A modestly sized establishment situated across from the resort offices, it offers ubiquitous spa services such as slimming body wraps, deep-tissue massage, facials, and waxing—in addition to authentic Hawaiian Lomi Lomi massage, a form of healing that utilizes gentle stretches and rotations of the joints to release tension and promote the unobstructed flow of energy.

The town of Haena, which is accessible by way of a coterie of one-lane bridges flanking aqua stretches of ocean, is home to Hanalei

But it’s the Ayurvedic services that make Hanalei Day Spa one of the most sought-after outposts for healing on the island of Kauai. Founded by Darci Frankel, a healer with an extensive background in Ayurvedic philosophy and yoga, the spa specializes in thorough mind/body/spirit health consultations and services like the one-hour Abhyanga warm oil massage, which works with marma point therapy to aid in the elimination of toxins from the body. Paired with a blissful Shirodhara treatment (which is said to promote sound sleep, happiness, and a youthful appearance), you’ll emerge from the spa feeling like you’ve come out of a long and fruitful meditation.

If a brief stay at the resort doesn’t allow for a more leisurely exploration of the rejuvenating benefits of Ayurveda, an beach front massage in a traditional Hawaiian thatched hut may be the requisite way to spend an afternoon with your sweetheart as you luxuriate in the hypnotic beauty of the North Shore. 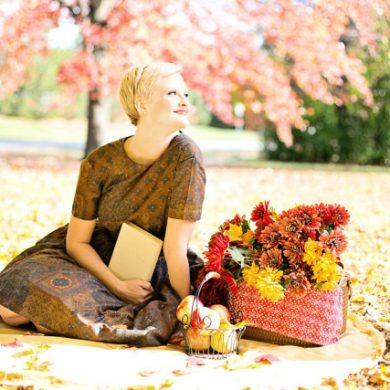