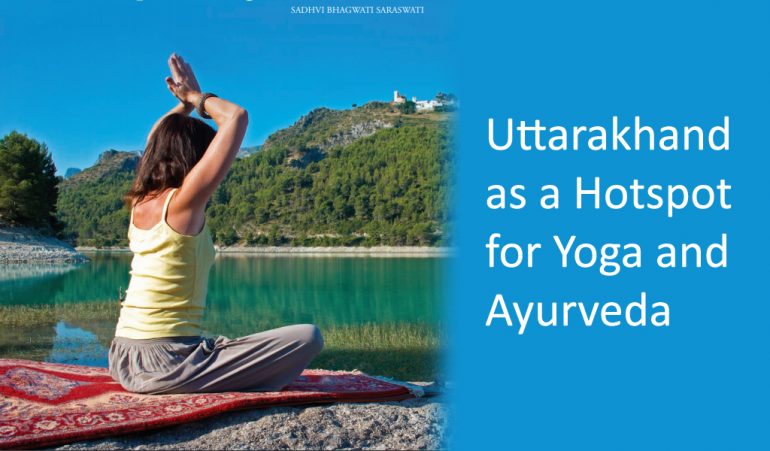 Uttarakhand as a Hotspot for Yoga and Ayurveda

The telephone poles, windows of cyber cafes and restaurants, and walls of the ashrams are plastered with signs advertising every form of yoga imaginable – from the traditional, standardized and internationally-renowned Iyengar tradition to obscure, mysterious offerings for “Tantra, Yantra and Mantra.” The yoga courses and classes at our own ashram are full to capacity 12 months a year. Students of every religion, every culture and every language flock from every corner of the Earth to study asanas, Pranayama, meditation and Indian philosophy.

When I first moved to Rishikesh nearly fifteen years ago, I was an anomaly. I could feel the stares upon me as I walked down the street, in the market, as I sat on the banks of Ganga. Everywhere I went, the questions rained down upon me, “Your country, Madam? Where do you belong? Where is your family?” The curiosity of the locals was insatiable. Why had I come? How long was I staying? How did I feel about India? It seemed truly inconceivable to them that someone from America, the “Land of Plenty,” could actually leave that and find true abundance – of mind, heart and spirit – here in India. And not even in the fast-paced metropolitan cities of Delhi, Mumbai or Kolkata, but here in quiet, sleepy Rishikesh. Now, in the evening satsang given by Pujya Swamiji (Swami Chidanand Saraswatiji, the President and Spiritual Head of Parmarth Niketan), the crowd is nearly 50 percent foreigners, sitting with their eyes closed, legs folded into perfect Padmasana or Siddhasana, palms upward on knees in Jnana mudra, soaking up the divine vibrations and wisdom of the satsang. Now, wandering from Rama Jhula to Lakshman Jhula, one sees signs not only in English, but also in French, Spanish, German and even Hebrew.

What is happening? What is it that is drawing these foreigners by not just the handful but by the thousands? It has been nearly fifty years since the Beatles were here and the Maharishi ashram has been abandoned for decades, so it’s not Beatles-mania. Further, the type of foreigner who comes here these days is not a wandering hippie, looking to stay as long as possible on the smallest imaginable budget, one who has little left behind, one who is walking away from something back home. No. Today, the flock of foreigners is well-to-do, established and successful in a wide variety of fields, in India for a fixed period – whether it’s weeks or months – as they have families and careers waiting for them back home. Today, those who come here seem not to be running from anything; rather are running toward something.

What is it that they are running toward and what is that exists here to pull them? They have traveled across the world to the East, and once arriving in India they have chosen this holy area over cosmopolitan Mumbai or Hyderabad. They have come seeking that ancient, true, priceless “experience” of India through which one can experience the Divine. These days one can learn asana and Pranayama on nearly every corner of nearly every city in the world. So, although they may be here enrolled in yoga, Pranayama or meditation classes, it’s not merely the teaching for which they have come. Rather, it is the “touch.” They come here, whether they are consciously aware of it or not, called, drawn, compelled by an irresistible force toward the Divine, toward the true, deep and complete meaning of “Yoga” which is union. But it is not union of the hands to the toes, or the head to the knee. It is union of the self with the Divine. The foreigners are rushing here because their souls are searching for that which cannot be found in the West, regardless of the excellence being obtained in Western yoga studios and certification programs. They come here to find that depth of spirit, that pulsating, dancing, singing, ecstatic existence which touches the very core of our being. They come here to find their true selves.

Interestingly, the root of the world health is related not to the opposite of sickness, but actually to the word wholeness. To be healthy is not simply remaining off of antibiotics. To be healthy is to be whole, to be balanced, and to feel complete.

The Western vision and concept of both health and yoga is one dimensional. It is about the body. If the body is limber and strong and the yogasana matches the one in the book, then the practitioner is seen as a “yogi.” If symptoms of a disease abate due to the ingestion of chemical medicines, the patient is seen as “cured.” But, yoga and health go much deeper. There are components and layers to each that far transcend the physical. Hence, while the West has miraculously been able to “cure” so many of the infectious diseases that plagued humanity a century ago, we are now seeing a burgeoning of idiopathic diseases (diseases of unknown origin), auto-immune diseases in which the body attacks itself, cancerous growths in which cells inexplicably return to an undifferentiated state and multiply frenetically. These are diseases of a system out of balance, diseases of a system gone awry. More and more people abroad are realizing the inefficacy of Western medicine in treating these chronic, systemic illnesses. Western medicine cannot restore balance to an imbalanced system. It may be able to treat the disease but it cannot bring true health and wholeness to the being. Hence, people are turning to Ayurveda, turning to practices like yoga, Pranayama, meditation which restore balance and true health and wholeness to the individual.

The land of Uttarakhand is one of the few places on Earth where one can receive not only the teachings of asanas and Pranayama, but where one can actually receive that divine touch that makes true transformation possible. The sacred energies lingering in the atmosphere from thousands of years of enlightened masters performing yoga and meditation, the water of Mother Ganga that sweeps across your face in the breeze, the winds that blow through the Himalayas and into your lungs…. The motto of Uttarakhand is “Simply Heaven” and it is only in Heaven that one can find that true depth and completeness of divine union which the word “yoga” actually implies. It is only in Heaven that one can find the true balance of body, mind and spirit that brings not only freedom from disease but true health and wholeness. 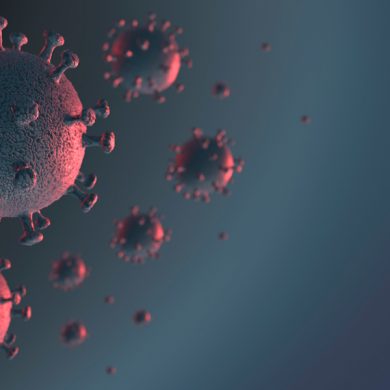 How Keeping the Home Sanitized Can Save You from Coronavirus
X