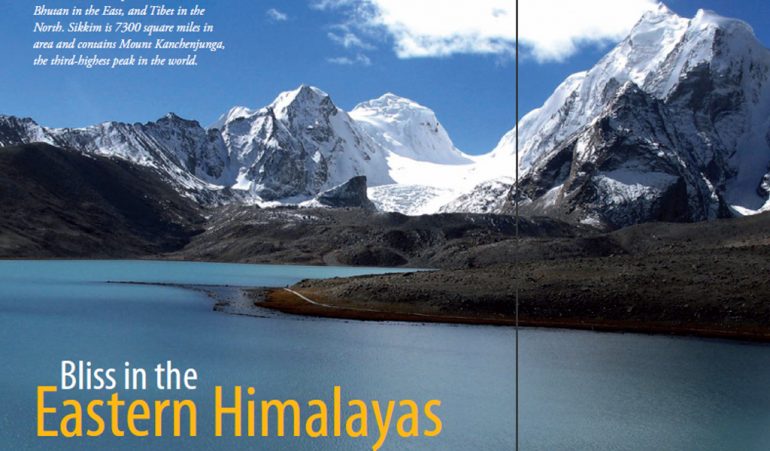 Bliss in the Eastern Himalayas

Sikkim is a beautiful Himalayan state, located between Nepal in the West, Bhutan in the East, and Tibet in the North. Sikkim is 7300 square miles in area and contains Mount Kanchenjunga, the third-highest peak in the world.

Nestled in the hills of Gangtok, Sikkim (India) is a spa resort where the rooms with a veranda offer a spectacular view of the famous Rumtek Monastery. The view is especially beautiful early in the morning, and in the evening when lit up. The whole complex resembles a large monastery, and is spread over 15 acres with a 33-acre periphery of lush forest. The Mayfair Spa Resort, built with a monastic theme, combines the traditional Sikkim and colonial architecture and offers guests luxurious living amidst nature. The resort was until recently the residence of the former Chief Minister of Sikkim, Nar Bahadur Bhandari, and now its claim to fame is that it is the first five-star deluxe hotel North East India has to offer to the world.

Sikkim is a beautiful Himalayan state, located between Nepal in the West, Bhutan in the East, and Tibet in the North. Sikkim is 7300 square miles in area and contains Mount Kanchenjunga, the thirdhighest peak in the world. Prior to its merger with India on May 16, 1975, this state was a small Himalayan kingdom ruled by the Namgyal Dynasty. Sikkim is a rare combination of mystic allure and beautiful flora and fauna and the majestic Mount Kanchenjunga which offers panoramic view of the green lush valley.

The Spa is the pride of Mayfair as it is an international spa set amidst monastery-like setting. Silence and nature’s sights and sounds provide a wonderful feeling of embarking on a journey of healing and peace. Fragrant rare herb infusions, relaxing music, Thai-themed décor – wooden curtains, stone walls, oriental paintings and candles within, and an outburst of green pine with the magnificent mountains outdoors, provide the perfect backdrop for an unforgettable experience.

Built in a total area of almost 15,000 square feet, the Spa has nine therapy rooms and suites, of which three are exclusively for couples. It also offers one of the largest temperature-controlled Jacuzzis and a yoga deck where yoga sessions are held daily and personalized on request.

The Spa offers a comprehensive menu of services. The most popular treatments are the Cloud 9 Massage and Zero Bed. The Cloud 9 Massage treatment is a 90-minute treatment which combines 60 minutes of Swedish massage after which one is left to float on the nuvola bed (it is a superbly engineered bed of the highest standard and imported from Italy). The treatment costs around $100. Since it is zero gravity, one experiences deep rest and relaxation. Equipments in the Spa such as the therapy beds, pedicure stations, etc. have been imported mainly from Italy and salon stations are designed by Porsche.

The Spa Manager Sunita Jatav says, “It’s an experience like being in a mother’s womb and the gentle massage from the water jets enhances the sense of well-being, and the Chrome therapy or color therapy where the color of the light can be changed according to the customer preference also helps in balancing the chakras.”

A trip to the beautiful Himalayan kingdom requires at least a 10-day itinerary as the list of things not to be missed abounds. The altitude, mountains, snow, travelling distances and the weariness of the journey can find a delicious release in the “Zero Bed.” The Zero Bed is where one can enjoy a massage as though you are on the beach with gentle waves on which you float, or the energizing Thai or deep tissue massage to relieve the tension and ease the knotted areas in the back and neck. You may also choose from an array of nourishing scrubs and wraps like aromatic seaweed and green coffee to exfoliate dead skin and blackheads, and give you silky smooth skin.

The therapists are all locals who are experienced and have been trained professionally, locally as well as in various places in Thailand for Oriental therapies.

The most indulgent package offered by the Spa is a 4-hour package that comes at a price of $300 for a couple in the super deluxe Spa room. In this package, one can enjoy some quality time with a loved one starting with a deep cleansing facial that is selected on the basis of skin type. Then the body is exfoliated for a softer, shinier texture, followed by a massage of choice and the experience ends with a body wrap. The ultimate relaxation after this comprehensive menu comes in the form of a dip in the hydrotherapy tub filled with seaweed or a soothing milk bath.

The Heritage Villa is more or less like a museum and a must see for those who want a glimpse of history. The Heritage Villa houses the vast and rich collection of photographs that incorporates the history of this beautiful state of Sikkim.

Relaxed and recharged, the whole kingdom of heaven full of wonderful sights and sounds remains to be explored. Sandeep Chourasia, my tour coordinator, a trekking and mountaineering expert and CEO of indiabeacons.com says, “We have a belief when we travel in the mountains… Take nothing but pictures and leave nothing behind but footprints.” I leave behind a fragment of my heart and bring back with me imprints on my soul.

Sikkim is the ultimate eco-tourism destination. Saving the environment and preserving the natural beauty and forest life, that’s what eco-tourism is all about. Whether it’s about a nature camp or organizing trekking trips to the unspoilt and inaccessible regions, one should always keep in mind not to create any mishap or disturbance in the life cycle of nature. Sikkim is a mountainous region in the eastern Himalayas, has 600 species of birds, or about half of the over 1200 species to be found in India.

Sikkim, with its rich biodiversity, has 150 lakes ranging in altitude from 200 meters to almost 8000 meters. Besides birds, Sikkim has 4000 species of flowering plants, making it a botanist’s paradise. It has 600 species of orchids, and 40 species of rhododendrons. With the introduction of ecotourism, including serious birding, Sikkim has begun to focus on enterprise-based conservation.

A trip to Sikkim is not complete without a visit to North Sikkim which has some of the most spectacular valley views of the Yumthang Valley, most picturesque villages Lachung and Lachen, and the Gurudongmar lake – one of the most beautiful, spectacular and sacred lakes, surrounded on all sides by snow-covered mountains.

Located in Sikkim at a height of 17,000 feet, the journey and the destination defy description. The 7- to 8-hour drive from Gangtok is through lush greenery and waterfalls as one reaches the Lachen village which is the base for this trip. The excursion to Gurudongmar begins with a 4- to 5-hour drive through snow-clad peaks and mountains, till one reaches the Gurudongmar lake.

Facing Gangtok across the valley is the Rumtek Monastery or the Dharma Chakra Centre, which is the official seat of the Gyalwa Karmapa, the spiritual leader of the Kagyu (Black hat) sect. It houses rare murals, paintings and artefacts and it is one of the most important monasteries in India. It is famous for its masked chaam dances during Buddha Purnima in May/June and Tibetan New Year. The vibrations at the place are thick with the silent chants from the prayer wheels at the monastery inscribed with “Om Mani Padme Hum,” the powerful Buddhist mantra (it is said that all the teachings of the Buddha are contained in this mantra), set in motion by devout followers. 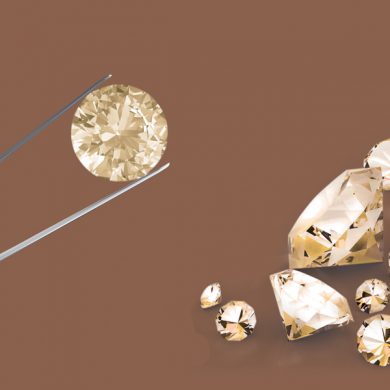