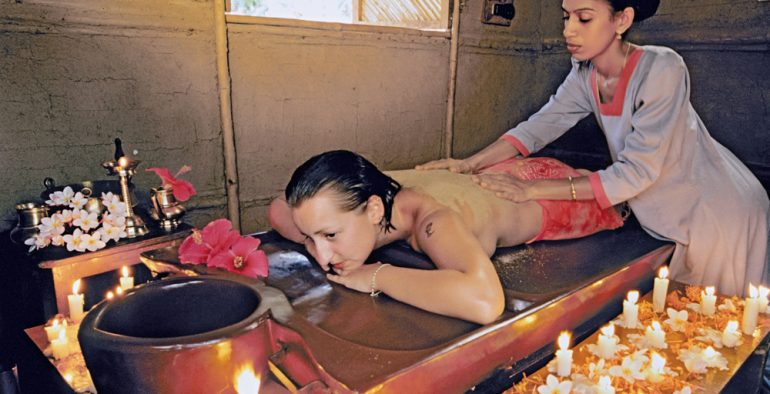 Himalayas at 4700 feet above sea level. Early morning, 6 o’clock, bright sunshine, reaching the place with the ringing of the temple bell at the foot of the retreat – there is an old Shiva temple on the road, where passers-by stop to ring the bell and pray – what a lovely start to a rejuvenating holiday!

The Retreat rises high on the mountain slope, built in steps. On noticing carefully, one sees the seven step terraces named after the seven chakras of our body. The Muladhar level has the entrance stairway; the Swadhisthan level has the reception lounge and the office area; the Manipur level has the kitchen and the dining area; the Anahat, Vishuddha and Agya levels have four suites each that are the living quarters for the guests; and the last level, Sahasrar, has the library, reading area, hall for yoga/pranayama sessions, seminars etc., along with a classic meditation chamber. The manager of the retreat explains it all beautifully as you climb up to your suite, followed by a bearer carrying a tray with herbal tea.

So the moment you enter, you are exposed to the concept of the chakras in your body and their relevance. 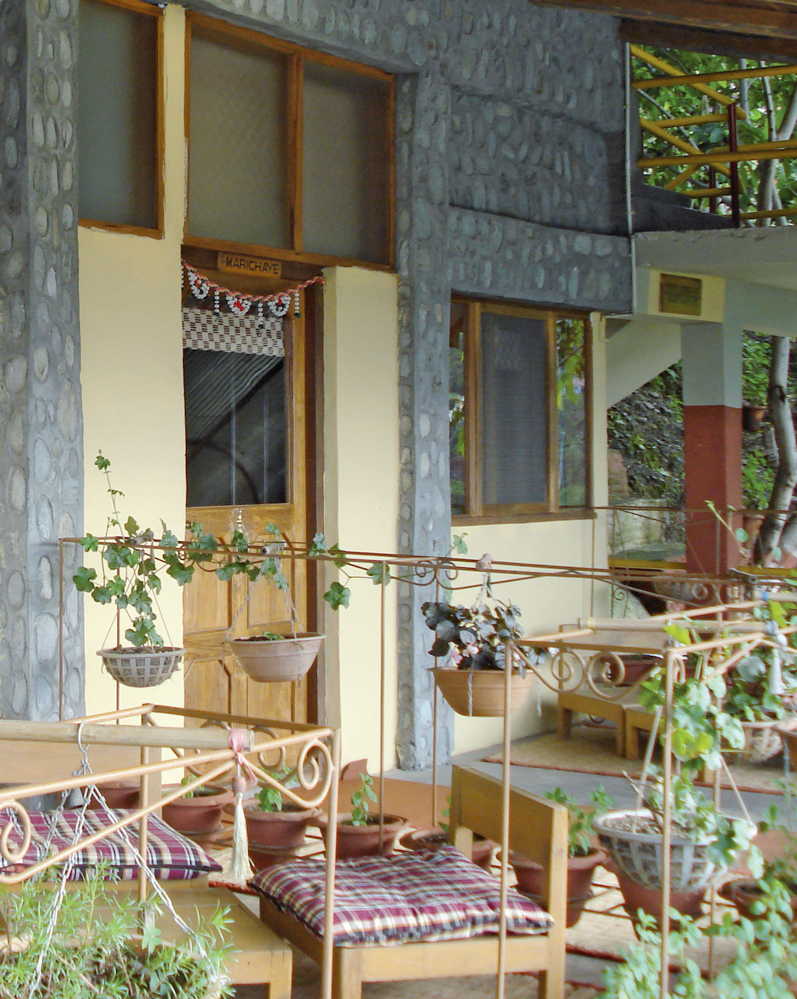 The seven levels of consciousness

Located at the base of the spine, Muladhar chakra forms our foundation. It represents the element earth, and is therefore related to our survival instincts, and to our sense of grounding and connection to our bodies and the physical plane. Swadhisthan chakra, located in the lower back, is related to the element water, and to emotions and sexuality. It connects us to others through feeling, desire, sensation, and movement. Manipur chakra is known as the power chakra, located in the solar plexus. It rules our personal power, will, and autonomy, as well as our metabolism. Anahat chakra is called the heart chakra. It is related to love and is the integrator of opposites in the psyche: mind and body, male and female, persona and shadow, ego and unity. Vishuddha chakra is located in the throat and is thus related to communication and creativity. Here we experience the world symbolically through vibrations, such as the vibration of sound representing language. Agya chakra is known as the brow chakra or third eye. It is related to the act of seeing, both physically and intuitively. It opens our psychic faculties and our understanding of archetypal levels. Sahasrar is the crown chakra that relates to consciousness as pure awareness. It is our connection to the greater world beyond, to a timeless, spaceless place of all-knowing. 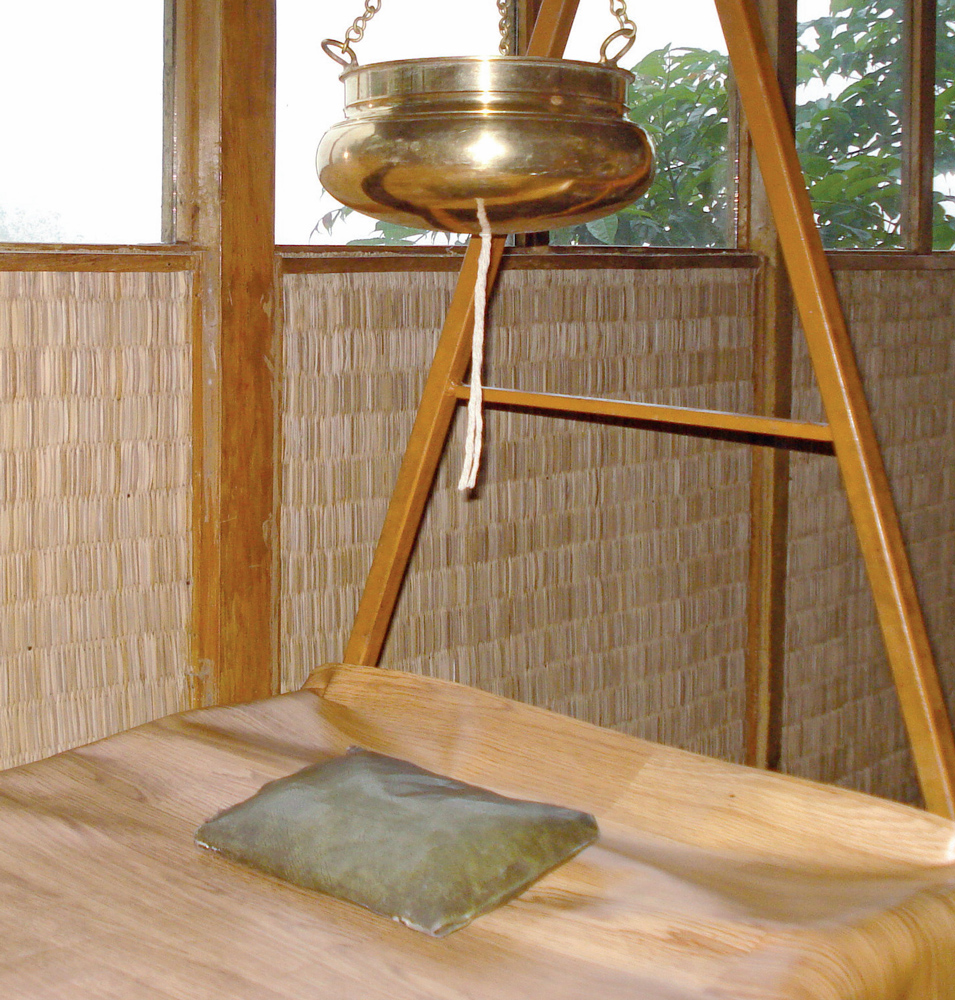 Equanimity, the source of peace and happiness, can be achieved only by one who manages to create a harmonious balance appropriate to the individual.

The rooms are clean and comfortable, opening on to a balcony full of potted plants (most of them being holy basil) blooming beautifully. The interesting thing about the balcony is that all kinds of exotic birds are literally walking across unaware of any human presence. Built on the mountain, that was the home of the legendary Mahrishi Chyawan, the retreat offers a panoramic view of the mountains of Karkotak in the north, the Gargi River in the south, and the majestic pyramid-shaped mount Haidakhand Kailash (also known as Adi Kailash) in the east. The view is breathtaking – the sunrise/sunset in the mountain ranges, terraced fields, clusters of houses with the locals tending their goats dotting the hillside and the serpentine roads criss-crossing the mountainside. There is no television or radio in the rooms – just one in the common lounge. The only sound and light show is of nature – the fog, rain, and sunshine playing with the mountains and the birds talking to each other.

The founder, Acharya Pulak Ranjan Shukla, a protégé of the Himalayan masters, is a yogi of nearly three decades of experience behind him. He guides the guests and teaches yogasanas and pranayama appropriate to their body type and requirements. He would also suggest the kind of body massage or food they should eat.

The Satvik lifestyle management program, as taught by him, is a practical and easy approach of integrating yoga and ayurveda to contemporary living. 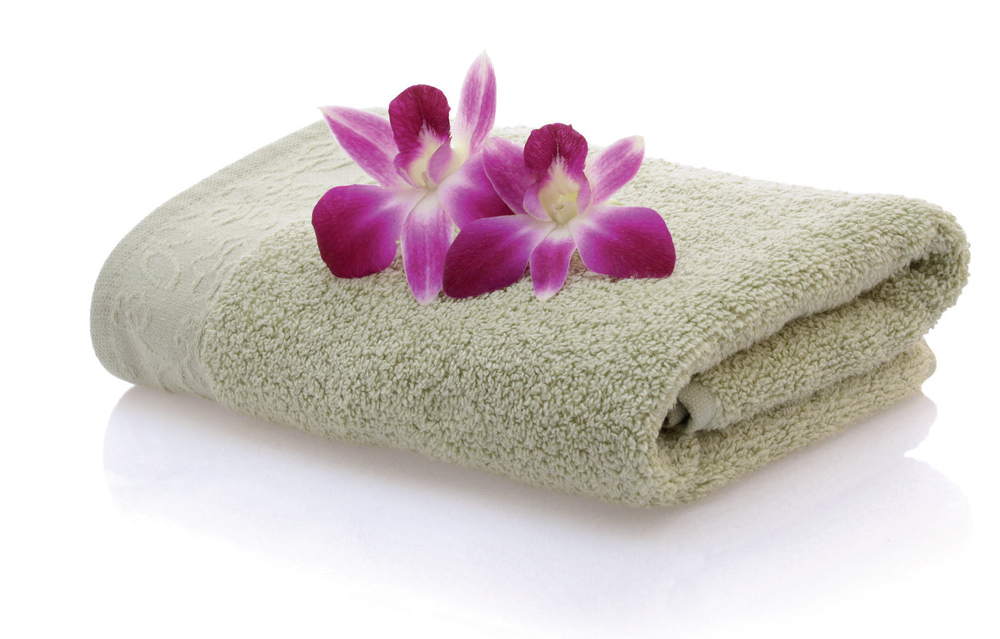 “Equanimity, the source of peace and happiness, can be achieved only by one who manages to create a harmonious balance appropriate to the individual.” He quotes Lord Krishna from Bhagavad Gita.

“Each of us is in constant search of happiness. To understand and experience it, one has to transcend the satisfaction derived from limited small joys, such as from food, physical and material comforts, and balance oneself. Yoga, which has been defined by Shri Krishna as equanimity, comes to one who achieves physical, mental and emotional harmony,” emphasizes Acharya Pulak Ranjan.

He explains further, “For health and peace, a person needs a sound body and mind. The animal kingdom species live in harmony with the laws of nature. On the other hand, man disregards his instinct and is not in consonance with nature. As a result the man’s energy channels get blocked, in turn causing ill health showing symptoms of physical, mental, (when a man cannot accept another’s views) and emotional indigestion (strong negative emotions get stronger).” 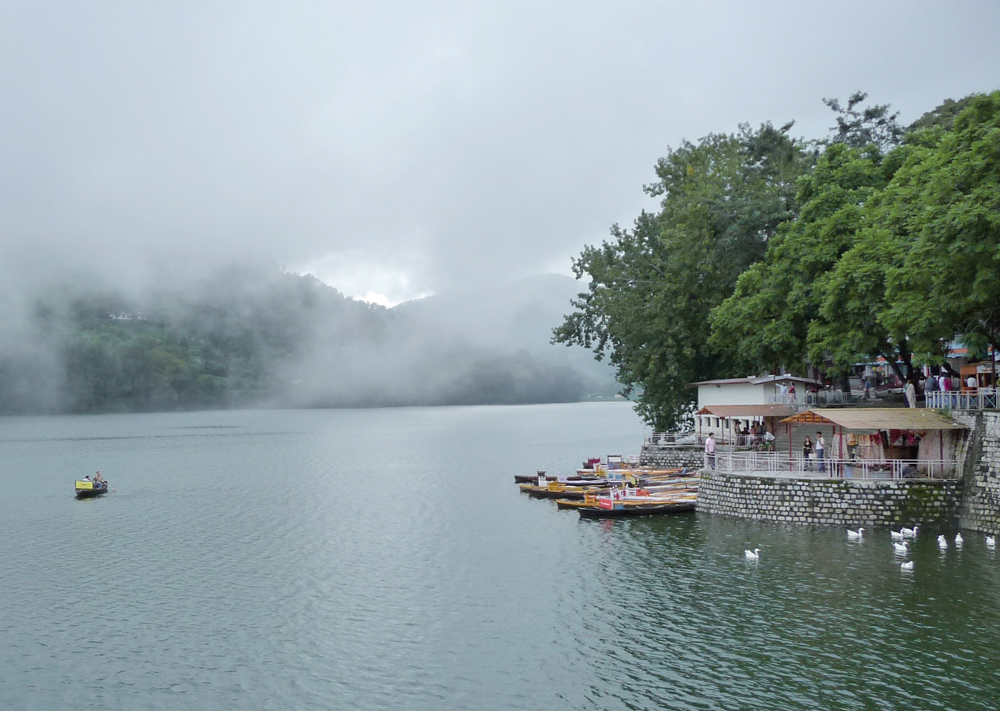 I was taught pranayama and asanas by Acharaya Pulak Ranjan Shukla. I was also given acupressure massage on my feet and hands, which resulted in some very sore pressure points the next day. But as the masseuse had predicted, the pain disappeared after three sessions. The principle is that prana or chi flowing in the 72,000 energy channels in our body gets blocked in places due to the stresses of life – resulting in symptoms like a headache, backache, even diabetes and hypertension. Acupressure presses on the blocked points and releases the prana, thereby stimulating its flow. 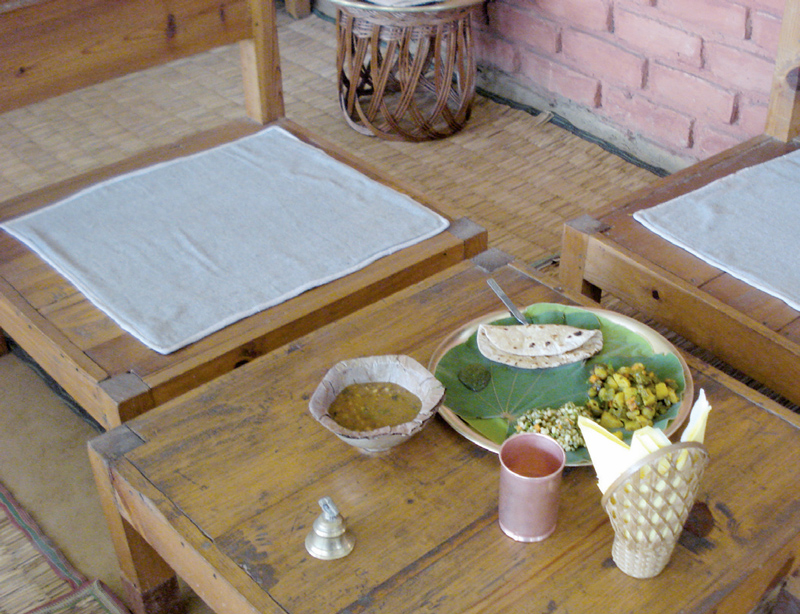 The next on my ‘treatment’ list was the massage. Under the guidance of the Acharya, I was prescribed Lavender as the essential oil to be mixed with the base oil (Sesame) for three days, followed by a mixture of Patchouli and Lemongrass oils for a day and Cedarwood oil for the final day of the five-day massage regime. The first combination was relaxing, the second was energizing and the last was spiritually uplifting.

Ayurvedic practices of oiling the body, according to the varying seasons and individual body constitution, help a person effectively combat the heat in summers and cold in winters, as also the dryness, aches and pains of the body. 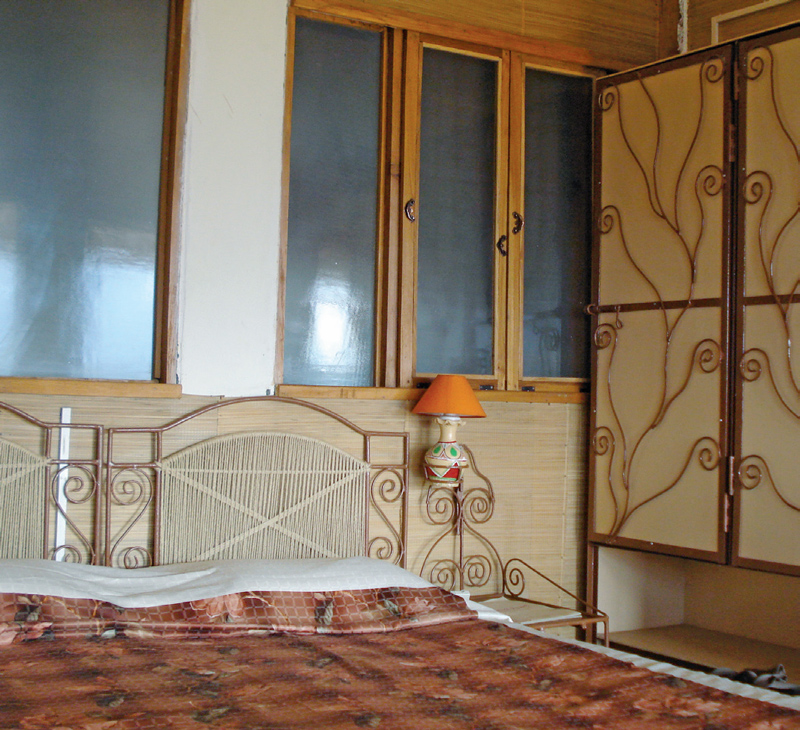 The massage was followed by Takradhara, which is done with buttermilk – it is made to fall on your forehead from a vessel, as you lie down with your eyes closed. The first day’s experience was amazing. If you close your eyes, you can see some waves of colors. So I saw yellow waves as I lay under the Takradhara pot. After about ten minutes, to my surprise, the color changed from yellow to blue! It created a wonderful cool and calming effect on my entire system. On subsequent days, I would see green turning to blue and eventually just pure white waves of light emanating from my Agya chakra!

The food at the Retreat is pure vegetarian made with fresh ingredients using minimal fat and spices. The dining area has low seating arrangement and soft background music, which is mostly instrumental. Discreet signs request you not to talk and switch off the mobiles while eating. Here again the idea is to concentrate on the food that we are eating. Focus on its ingredients, flavor, color, texture – the very process of serving and eating – this helps to kindle the appetite and salivation in the mouth. Ayurveda tells us to eat quietly, chewing properly, so that the digestion begins in the mouth itself. It is also a kind of meditation that relaxes and promotes good digestion.

After the massages in the morning hours, the Satvik regime also included nature walks in the afternoon, after lunch, followed by yoga and meditation sessions in the evening.

According to Acharya Pulak Ranjan Shukla, “In each of us the three aspects of Satvik, Rajsik and Tamsik exist in varying proportions, and by judicious use of wisdom, a person can ensure that it is the Satvik nature that is predominant in him or her.”

The Satvik lifestyle management program, as taught by him, is a practical and easy approach of integrating yoga and ayurveda to contemporary living. While ayurvedic food is prescribed to correct the physical indigestion, yoga is prescribed to correct the mental and emotional indigestion. Acharya Pulak Ranjan introduces people to a Satvik lifestyle that allows one to enjoy health and peace, despite leading a busy and stressed life in today’s highly competitive environment. This lifestyle increases the work efficiency and productivity, resulting in greater prosperity and increased domestic harmony.

“Our goal is, peace within and harmony without, through a healthy body, a peaceful mind and a spirit which soars in bliss,” concludes the Acharya.

I can say one thing for myself – after a week’s stay in the Satvik environs, following their regime, I came back a changed person. I have stopped drinking tea (as against 6–8 cups per day) and am able to actually sleep for 5–6 hours (as against 2–3 hours) in the night! My energy and concentration levels have gone up too. 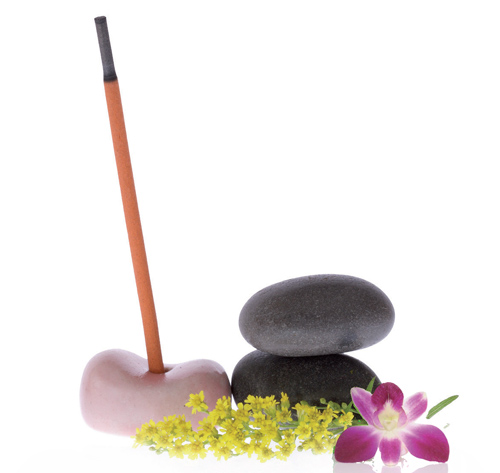 The Bhimtal Lake is just 500 meters away from the Satvik Resort, and makes a good destination for a leisurely walk. The beautiful lake offers boating, and there is an island amid the lake, which has a restaurant. There is also a seventeenth century Bhimeshwar Mahadev (Shiva) temple complex near the lake.

Sunita Pant Bansal hails from the Kumaon hills of the Himalayas, a region well-known for its crop of litterateurs. Her forte is decoding Hindu scriptures to show their relevance and application in today’s times. In her four decades of writing career, Sunita has authored hundreds of books for children and young adults on folk literature and mythology. For adults, her genres cover body, mind and soul. 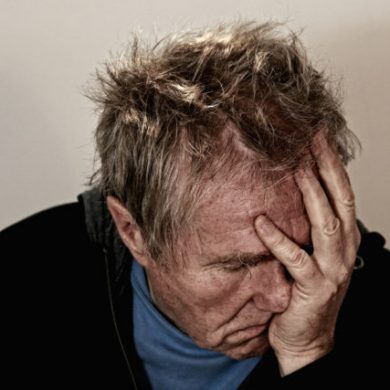