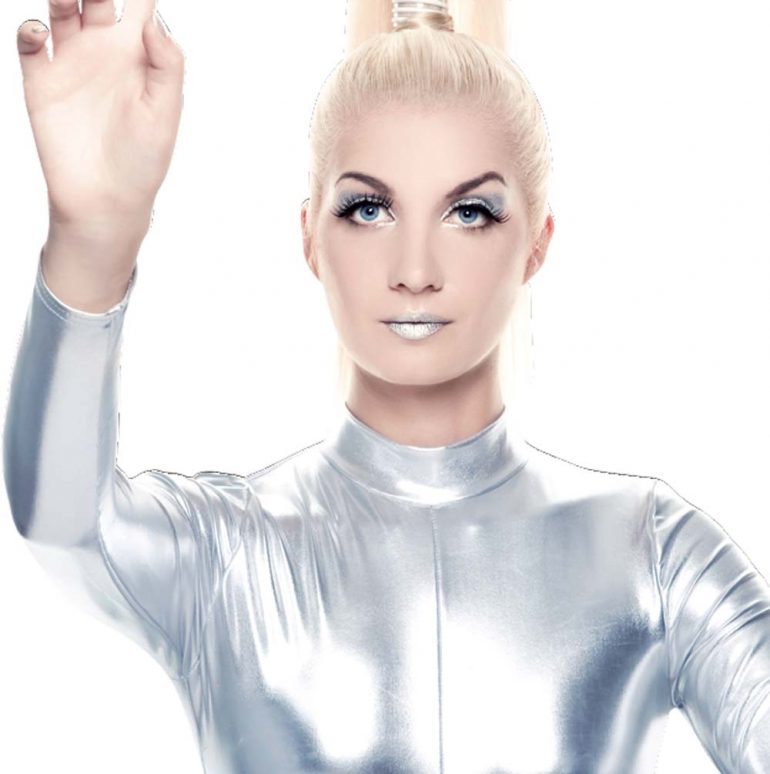 A small group of us gathered in my home the other evening to watch a new electronic formatting (Blu-ray) of the old movie, 2001: A Space Odyssey. There was a general feeling of relief when “Intermission” flashed on the screen and we were free to “jump ship” from that launch to Jupiter.

Blessed respite! The movie penciled for me, once again, old faded memories: the pale glow of drab expectations held by millions; a gray, loveless future labeled, “Paradise”, where laughter echoes mockingly down long, dark corridors stripped of all joy, enthusiasm, and smiling hope.

In that two-dimensional “heaven”, man will have outgrown his emotions as “weaknesses”. The human being will be a strictly rational, unfeeling machine, with a heart like a dry riverbed on which shining pebbles of logic lie where they were placed, never to be washed away by any human joy or sorrow.

What saddens me is to see in our times, this excessive trend toward intellectualization. People equate intelligence with intellect, but not with awareness. Already centuries ago, Thomas Aquinas (born 1225 A.D.) offered his famous definition: “Man is a rational animal”. Perhaps, then, we should call this trend towards rationality a “Western” tendency. The trend has become ever stronger, however, since the advent of science. What is particularly modern about it is the lingering belief that man will someday be able to develop mechanisms intelligent enough to out-think man himself. Computers have made this expectation a reasonable possibility. An extraordinarily intuitive Indian lady whom I saw years ago on television was able to beat a sophisticated computer in the speed with which she reached computational conclusions. In one case she said (and was later proved right) that the computer had erred (perhaps owing to a mistake in its programming). Nevertheless, this was only one exceptional human being. Shall we say at least, that computers are already more intelligent than the rest of us bumbling human beings?

What I object to is, equating intelligence with facility at reasoning. In that movie, the proof of man’s inadequacy was that Hal, the supreme example of artificial intelligence, beat a brilliant human being at a game of chess. My own reaction is to ask myself, do I consider myself less human for the fact that I am not necessarily brilliant at chess? My Guru once asked the whereabouts of a certain over-intellectual disciple named Bernard. On being told that the young man was playing chess, our Guru’s only reaction was to exclaim, “What a waste of time!”

Do you, who read this, think it really matters one way or the other whether a person is clever enough to win at chess Or, to see the pitfalls in a crossword puzzle and step gingerly around them? I, who write this, am not a “lowbrow,”  anxious to depreciate what I cannot equal. In fact, I myself was Bernard’s opponent in that depreciated chess game. (Much to his discomfiture, I beat him.) I once won a chess game against a reputed local champion by turning his own  cleverness against him. He had a reputation for the clever use of his pawns. I therefore deliberately confused him by moving my pawns randomly, as if with deliberate purpose. He lost the first game, tied the next, and then finally, rising in indignation, stalked away, conscious of having been merely fooled.

My own feelings about intellectual cleverness were, even then, more than equivocal. From early childhood, I simply distrusted it. There came a time, in college, when I realized that intellectuality was making me dry and unhappy. I remembered how happy I had been as a child and thought,where have I gone wrong? Isn’t happiness the true goal of life? A classmate at Brown University said to me one day, “If ever I have met a genius, it is you.” I was horrified by his seeming compliment. “What have I done,” I asked myself, “to deserve that opinion? All I’ve done is talk cleverly!” I blushed with shame, and from then on, withdrew from the coffee table discussions at which I had, I suppose, been a Voice. A student in the women’s section of the university kept hinting that she wanted me to take her out on a date. I liked her, and finally did ask her out. When I delivered her to her dorm, she exclaimed on the steps outside, “You are so wonderful!” My reaction was inner dismay, as I thought, “Anyone so lacking in discrimination had best be avoided.” (I would rather she had said, “It is so wonderful to be with you!”) I never took her out again. There was just something wrong with the whole scene I’d been building around myself. I was inwardly empty, and desperately needed to understand why.

At last I saw what I’d been lacking… God! What did I think is human intellect? A puff of sand in the wind! Happiness is what I want. I will find that “pearl of great price” not by thinking my way to it, but only by getting my intellect out of the way and opening my heart to God. Well, everyone who knows me knows also what happened then. I found Autobiography of a Yogi, and very soon thereafter became a direct disciple of the author, Paramhansa Yogananda. It was he who showed me the truth of the matter. People excuse themselves with the conveniently exculpatory statement, “Well, I’m only human.” What Yogananda showed me was the higher truth: “I am trying, but I’m not yet fully human!”

What everyone needs is, to calm his emotions, and thereby to develop intuitive feeling. Without feeling of any kind, the intellect can justify any conclusion, even the most monstrously evil.

To be a complete human being means to realize one’s own full potential as a child of God. Until then, one is still only a sort of robot, functioning with varying degrees of efficiency, but unable, as yet, to go beyond merely functioning.  I’ll never forget a pithy comment by an old man I once knew regarding a younger man, known to us both, “Oh, B——!  He’s just barely conscious!” The question is sometimes asked: “Will computers someday exceed human intelligence?” If it comes to specific problem solving, why not? Computers are designed to spare man the effort of lengthy and  tedious ratiocination. There are probably countless other reasoning functions for which computers would not be worth the trouble to program,but where they can serve us, I for one have no objection. The intellect is only, in any  case, what we might call an “electronic mechanism.” It has nothing to do with actual awareness. Logic is not what lifts man above the animals. It is the much greater clarity of human awareness.

In that movie, someone said of Hal, “We’ve programmed him with some emotions, to make him seem more human.” Oh, yeah? Impossible, I say! The most they could have programmed into that computer would have been the semblance of such reactions. As for the emotions, it would be out of the question. Feeling cannot be “programmed,” for it is an essential aspect of consciousness itself.

People don’t seem to understand that consciousness is a more basic reality than rational intelligence—more basic, and also more transcendent. Consciousness is our central reality. It cannot be defined: It can only be perceived. That perception, moreover, is intuitive, not rational. Descartes said, “I think, therefore I am.” He was quite wrong! He  should have said, “I am”,  or perhaps better, “I am conscious of being”—“and therefore I am able to think.”

An almost universal failing is the tendency to judge human excellence by personal standards. A banker may despise artists on the grounds that they lack down-to-earth practicality. Artists, again, may sneer at bankers as mere “money machines.” Intellectuals may look down on ditch diggers as unrefined. Ditch diggers may return the compliment by scoffing at intellectuals as “highbrows.” Men may object to women, as Professor Higgins did in My Fair Lady, lamenting, “Why can’t a woman be more like a man?” And women, of course, may (and often do) retaliate. (Comments I have actually heard are: “Let’s face it, women are more spiritual than men,” and, “Let’s face it [again], women are more intelligent than men.”)

To be a complete human being means to realize one’s own full potential as a child of God. Until then, one is still only a sort of robot, functioning with varying degrees of efficiency, but unable, as yet, to go beyond merely functioning.

What I say is, Anyone who toots his own horn, especially at the expense of others, is already sounding a sour note. The truth is that clarity of consciousness is the whole secret. This involves removing every obstacle to the achievement of that clarity. And the greatest obstacle of all, is people’s present-day skepticism regarding intuition itself. I don’t mean the psychic’s extra-sensory insight. Intuition begins with the simple awareness that we exist: a reality that can never be proved, for all of us are consciously self-existent, and self-aware. The self can indeed be analyzed, but it can never be understood through analysis, which at best can only rid us of false self-definitions. When all conceptual errors have been eliminated, there remains that indefinable, irreducible reality: our one Divine Self.

Swami Shankaracharya (often spoken of as Adi, the first of many who have taken the same name) wrote in a song: “Mind, nor intellect, nor ego, nor feelings am I: I am He! I am He! Blissful Spirit, I am He!” Ancient tradition divides human awareness into those four aspects: mind, intellect, ego, and feelings. I’ve put “feelings” in the plural here, because feeling (singular) includes also Bliss, which Shankara himself said is our essential nature. What is intellect, without feeling? What is consciousness itself, without feeling? And what is feeling, without self-consciousness? It is in fact feeling which guides the intellect. That is why scientists do their best to exclude feeling from every reckoning: they fear it might prejudice their judgment. They are quite right, of course. The trouble is, no one can really exclude his feelings. All he can do is drive them underground, where, operating in darkness, they can trick the intellect with false justifications.

What everyone needs is, to calm his emotions, and thereby to develop intuitive feeling. Without feeling of any kind, the intellect can justify any conclusion, even the most monstrously evil. Without intuition, the intellect simply cannot be trusted. Only uplifted feeling shows the way to right understanding.

Those “supermen” of tomorrow, depicted in the movie we saw, were men without emotions, and also, therefore (according to the shallow understanding of those who perpetrated that movie), without feeling. They worked entirely by intellect: frozen-faced, solemn to the point of grimness, emotionally unresponsive: mere human abstractions. Hal, the so-named artificial intelligence in the movie, seemed more human than any of them. The only women I remember in the movie were two who came in only briefly, as stony-faced as the men. What a glorious future for mankind!

Even in the present, when reflecting on the state of this poor planet, I find myself thinking, “What a bummer!” The trouble is, it is equally a “bummer” to have an ego at all. So also is it to have emotions, rather than calm, intuitive feeling. Truly, being a human being is itself only a stop on the way to our true destiny: oneness with God.

Excerpted from “Religion in the New Age and Other Essays for the Spiritual Seeker,” published by Crystal Clarity Publishers. 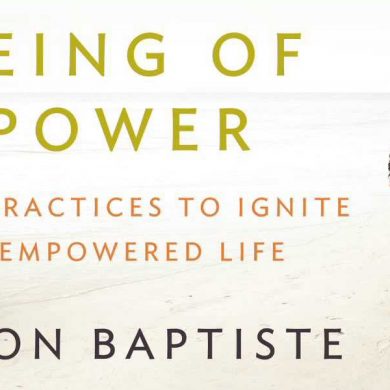 Being of Power : The 9 Practices to Ignite an Empowered Life
X