The Vibration OM and the Power of Mantra

The traditional image of a meditator is someone sitting cross-legged with their eyes closed and their hands resting on their knees – their thumbs and index fingers touching to form a circle as they chant the sound OM. That chanting of OM is what’s called the chanting of a mantra, which comes from two Sanskrit words: man, which means “mind,” and tra, which means “vehicle” or “instrument.” So your mantra is your mind vehicle…your mind instrument… a tool to transport your mind from a state of activity to one of stillness and silence. We get the words “train,” “travel,” and “transportation” from the Sanskrit root tra. Most mantras are comprised of the 50 letters of the Sanskrit alphabet. Mantras can consist of a single letter, a syllable or string of syllables, a word, or a whole sentence. Typically, most mantras are sounds, syllables, or vibrations that don’t necessarily have a meaning. Their value lies in the intention of the mantra and its vibrational quality, not in any meaning that humans, society, culture, or civilization has placed on them over the last few thousand years. For this reason, they go beyond the state of human existence on this planet. and they take you deeper, because they are vibrations that have existed since the dawn of creation.

The hymn of the universe

Often referred to as the hymn of the universe, OM is the oldest mantra sacred to Hindus, Buddhists, jains, yogis, and meditators. OM is considered the ultimate vibration, because it contains every vibration that has ever existed and every vibration that will ever exist. just as white light contains all the colors of the spectrum, OM contains every sound in the vibrational spectrum—even those we can’t hear with our ears. One of the clearest visual representations of this is on the cover of Pink Floyd’s album Dark Side of the Moon. it shows the white light coming into a prism and all the colors of the spectrum coming out from the other side. The same could be said for OM; it’s the white light of sound.

Historically, OM is first mentioned in the 12 verses of the ancient vedic text the Mandukya Upanishads, which explains the three basic states of consciousness: waking, sleeping, and dreaming. in its original spelling and pronunciation, Aum (pronounced ahh-uhh-mmm) is a blending of those three states of consciousness into the oneness of three distinct syllables: a, U, and M. These three vibrations also represent the three stages of our known existence: birth, life, and death.

The vibration “a” (pronounced ahh, like the sound you make opening your mouth for the doctor) represents the waking state and the beginning of all things. just as the letter a is the first letter of almost every alphabet—the first letter of the Rig Veda, the Koran, Homer’s Odyssey, even the first word of the New Testament—the vibration a heralds creation . . . the beginning. vedic sages refer to it as the A-kara, and it represents the realm of form and shape—the physical realm.

The vibration u (pronounced oo) is referred to as the U-kara and represents the dream state, the realm that is devoid of form or shape—the ethereal realms of air, water, fire, dreams— ever-changing aspects of the formless world around us.

The vibration m is known as the Ma-kara, which represents the state of deep sleep…neither form or formless like the other two realms but beyond shape or shapelessness…the realm of consciousness in hibernation, waiting to unfold.

“Over thousands of years, the writing of Aum has taken a backseat to OM, and that has led to OM being the sound that is most often chanted by both Western students and teachers of yoga, meditation, and Vedanta.”

In Sanskrit grammar, when the letters a and U are combined in writing, they are translated as the letter o. That is why we so often see OM written instead of Aum. Over thousands of years, the writing of Aum has taken a backseat to OM, and that has led to OM being the sound that is most often chanted by both Western students and teachers of yoga, meditation, and vedanta. in much of india, where people have a greater familiarity with Sanskrit from daily prayer, the sound is still pronounced Aum.

When the three individual vibrations are combined, a fourth vibration is created, like a chord in music made up of individual notes. Aum (pronounced ahhh—uhhh—mmmm) represents the fourth state of consciousness—transcendent consciousness, or turiya…what we call enlightenment or oneness. in Hinduism, it’s the unity of the divine made up of its three components: Brahma—creation, Vishnu— preservation, and Shiva—destruction and rebirth. The chanting of the mantra OM heralds our universality, which is why we usually chant OM before and/or after meditation and yoga practice, and when we read sacred, ancient texts.

Shown in the picture below is the Sanskrit symbol for the vibration OM. The large curve on the lower left represents the material world of the waking state; the smaller curve on the upper-left represents the state of deep sleep. The curve on the right that extends to the right from the intersection of the two left curves represents the dream state—that tender line between waking and sleeping. The dot at the very top known as the bindu represents the universe in all its abundance. This state is often referred to as turiya (pronounced tour-yah) a Sanskrit word for “absolute consciousness, “the universe,” or “oneness.” and the curved line under the bindu represents maya, the illusion of existence that separates our body’s mind from oneness and must be transcended for us to return to the whole. OMmmmm! 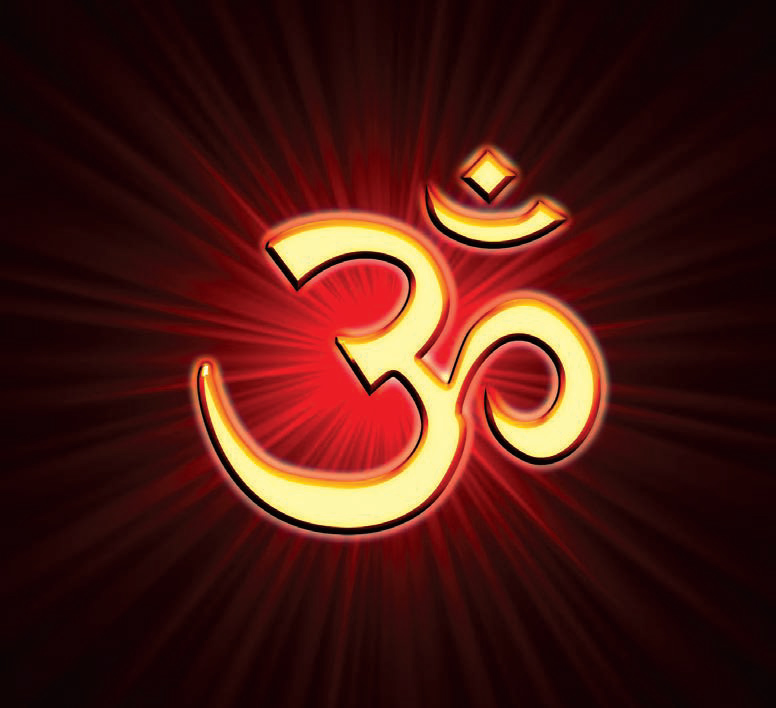 We can meditate right now using the mantra OM. Say it out loud and feel the vibration a-u-m as it is birthed, then sustains, and then dies out as you purse your lips. Now let’s whisper it. OM. and now begin repeating it silently to yourself. OM, OM, OM, OM. To practice any type of mantra meditation, close your eyes and silently repeat the mantra over and over. When you notice that you have drifted away from the mantra to thoughts in your mind, sounds in the environment, or sensations in your physical body, gently drift back to the mantra. it will get louder and fainter, faster and slower; it will even become jumbled, distorted, and inaudible. However the mantra changes, simply keep repeating it, and when you notice you’ve drifted away just gently drift back.

Now, let’s meditate using the mantra OM for a few moments. Close your eyes and let it flow and witness the vibration as it unfolds.
How did that feel? What did you feel?

Early in vedic history, teachers began categorizing mantras as either meaningful or meaningless. Meaningless mantras are simply sounds used for their vibrational quality. They don’t have a particular meaning or correlation. Meaningful mantras, on the other hand, inherently contain some intention or meaning that is determined by the culture and language in which they arise, as well as a personal meaning. These mantras both connect the reciter with a particular intention and serve as a meditation vehicle, helping to awaken a specific state of consciousness. Examples of meaningful mantras include the ancient sutras known in Sanskrit as the mahavakyas, or “master sayings.” Deepak Chopra detailed these seven mahavakyas in his best-selling classic The Spontaneous Fulfillment of Desire as: 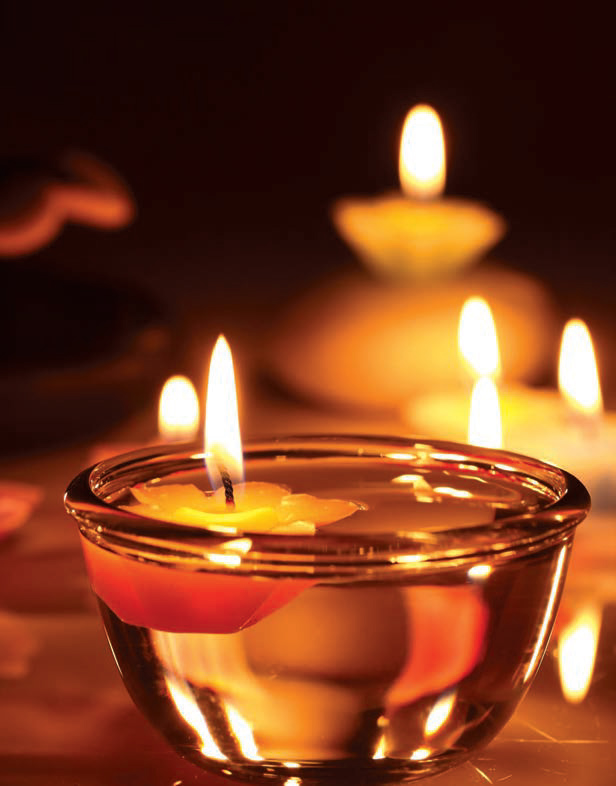 Aham brahmasmi—i am the universe

Tat tvam asi—i am that

Ritam—flow to the rhythm of the universe

The mahavakyas are drawn from the ancient vedic texts known as the Upanishads and when we notice constrictions in our life, we can silently chant or repeat the mahavakyas just like we just meditated using OM.
But there are many mantras beyond the mahavakyas, and i encourage you to find one that feels comfortable—one that has a meaning with which you connect, as well as a vibrational quality with which you resonate. Aham brahmasmi is one of my favorites. it feels comfortable and empowering, and on a vibrational level, it is soothing.

Mantras used for their vibrational quality

Most forms of mantra meditation use a mantra or mind instrument to disconnect us from the activity around us— the thoughts, sounds, and physical sensations that are a part of every moment we are alive. in contrast with Vipassana meditation, where practitioners put their attention on these activities of the bodymind, mantra meditation uses the repetition of a meaningless syllable, syllables, or vibrations to disconnect us from those same activities. Our presentmoment awareness is on the mantra’s vibration, not the many other possible activities of the moment and after consistent silent repetition— it becomes the sole object of our attention. We have between 60,000 and 80,000 thoughts each day. That’s about a thought every second and a simultaneous awareness of meaning that leads to activity. By repeating a meaningless syllable or syllables, such as OM, the meditator can disconnect from meaning and slip into a space between thoughts, where there is no activity. By repeating something that is meaningless over and over and over again, an open, undefined space washes over every aspect of you—beyond your labels, beyond your definitions, beyond your meanings and understandings— and into the space of oneness.

Your mantra is your hyperlink to the non-local domain.

“Once this space of stillness and silence becomes you, you truly detach from thoughts in the mind, sounds in the environment, and physical sensations in the body. Your heart rate slows… your breathing slows…the past drifts away…the ongoing speculation about the future ceases. ” 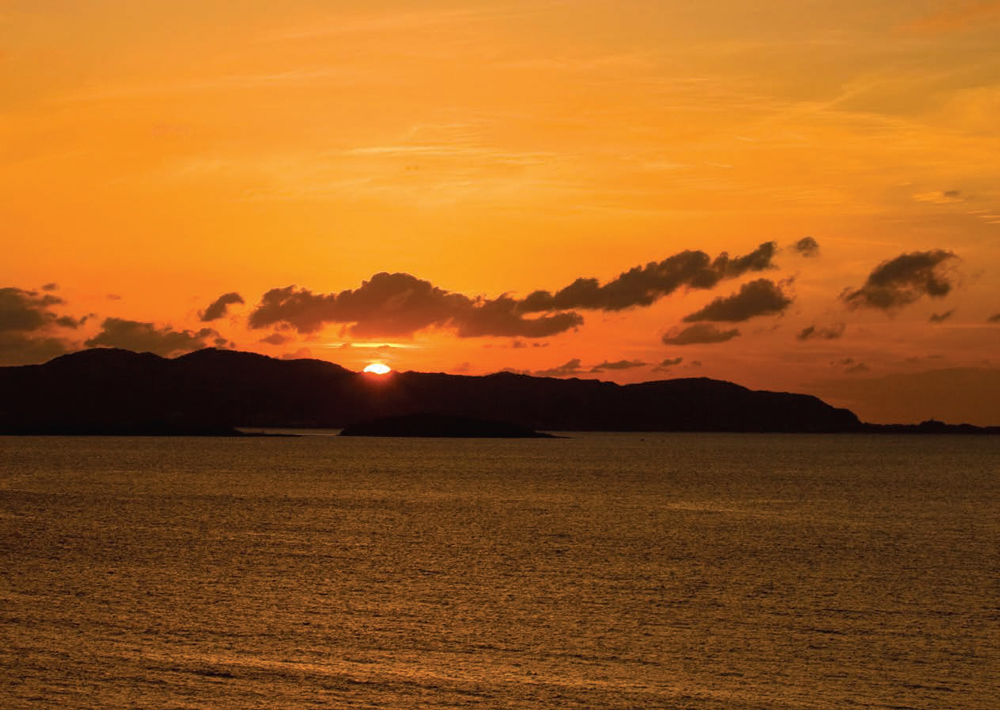 The power of mantra

Once this space of stillness and silence becomes you, you truly detach from thoughts in the mind, sounds in the environment, and physical sensations in the body. Your heart rate slows…your breathing slows…the past drifts away…the ongoing speculation about the future ceases. There is a subtle awareness of moving from activity to stillness; thoughts and sounds pass through you instead of being received and processed by you. a lightness of being flows into you. The concept of you expands from a breathing human being to a silent observer to a unified being, seeing the sacred in every face, flower, and object around you. Ultimately, you merge into everything without distinction.

There is oneness…there is unity…there is stillness…silence… bliss…no separation between anything…your pure unconditioned self.
Remember, to determine if your meditation practice is “working,” don’t concern yourself with the period of time your eyes are closed when you’re repeating the mantra. instead look at the other 23 hours of your day and see how your life is unfolding.

Davidji is an internationally recognized meditation expert, life guide, author, public speaker, and corporate wellness instructor. His best-selling book – Secrets of Meditation: A Practical Guide to Inner Peace and Personal Transformation– is the winner of the 2013 Nautilus Book Award. Davidji is a Vedic Master certified to teach Meditation, Mind-body Healing, Ayurveda, and the Seven Spiritual Laws of Yoga. He is a world-renowned creator of more than 200 guided meditations and visualizations. davidji.com. 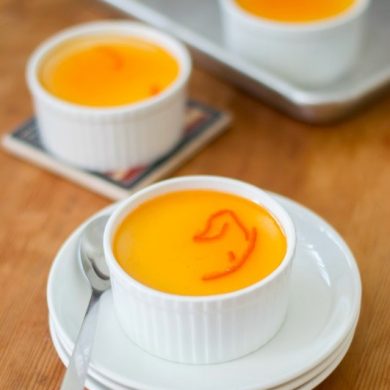 5 Recipes to Keep You Healthy this Quarantine!
X