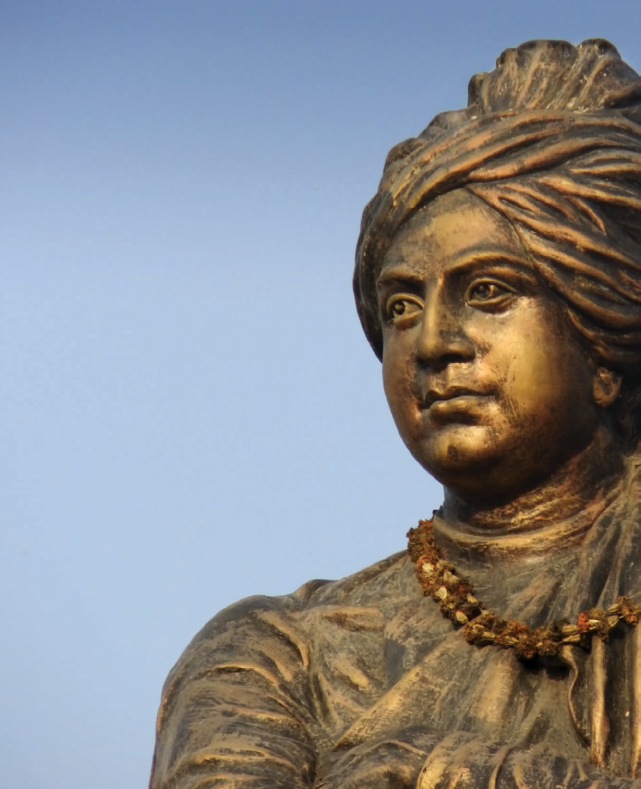 A Full Resurgence- the Value of Values

Swami Vivekananda cast India’s cultural heritage into international spotlight when he began his speech at the Parliament of World Religions with the phrase, “My sisters and brothers of America.” As commonplace as it seems to Indians to begin a talk with “bhaion aur beheno,” (brothers and sisters), the idea of referring to an auditorium full of strangers as family was, for many Americans, surprising and their first glimpse of traditional Indian culture. Vasudhaiv Kutumbakam is one of the most basic tenets of Indian spiritual and cultural heritage. The world is a family. This message is one that is needed as critically today, perhaps even more critically, as when he spoke in Chicago one hundred and twenty years ago. Today, like never before, we are faced with a critical divide between those who have and those who have-not, those who are growing plumper each year and those who are helplessly watching their children succumb to the perils of malnutrition, those with summer homes, winter homes and weekend homes, and those who cower in doorways to escape the beating rain and sleet. We produce enough food to feed 10 billion people a day, yet tens of thousands of children die each day of starvation while others feast themselves to diabetes and heart disease. Now, as never before, the world needs this message that we are all family. No one in a family would even conceive of grabbing all the bread laid out for dinner. Instinctively we understand that every family member is entitled to his/her fair share. Sacrifice for each other’s wellbeing comes naturally.

Swami Vivekananda’s reference to the people of America as his “sisters and brothers” was not merely profound at the time; rather it is a call that we must hear today. But, of course, not only are the Americans our sisters and brothers. Vasudhaiv Kutumbakam has no discrimination, does not play favorites and has no hierarchy. Can we extend the feeling of family to the impoverished and malnourished of India, Africa, Asia and the rest of the world? Can we extend the arms of our family to the suicidal farmers killing themselves over desiccated fields and yield-less harvests? Can we truly feel the same Oneness, the same sense of family, for those of different religions, different countries,  different castes and different colors?

Swami Vivekananda emphasized that the reason for India’s downfall (as he saw it) lay in India’s neglect of the masses. No family can be truly successful on all levels if its members are hungry, or cold, or homeless, or ailing without means for treatment. If India is going to achieve a full resurgence of greatness and prosperity on all fronts, it cannot do so while a huge percentage of its own population lives without toilets, running water, basic education and primary health care.

Resurgent India is not only about a financial resurgence; it not only refers to a renewal of India’s place as a leader of the developing and developed world, rather, if India is going to be reborn into her true state of glory, it requires a rekindling of her fundamental and essential values and tenets.

Resurgent India requires not just that we connect on Facebook and Twitter, not just that we count our global presence in the number of “friends” or “followers” we have, but that we truly and deeply take the world into our heart. Can their pain be our pain? Can their hunger be our hunger? Can their anguish be our anguish? Can we truly, selflessly, lovingly make choices and sacrifices for them as we would for our own family members? Only when the values, ethics sanskaras (impressions) of Bhartiya sanskriti (Indian culture) are re-infused with their cultural significance can India truly see resurgence.

Additionally, it is important to note that Swami Vivekananda did not say, “My brothers and sisters of America.” Rather he said, “My sisters and brothers of America.” The distinction is minor and yet profound, particularly as India faces a time of singular darkness and emphasis, actually, on the feminine is an inherent part of traditional Indian culture. Our mantras chant, “Twameva Mata, Cha Pita Twameva…,” First mother, then father. Manu declared and our scriptures remind us that, “Where women are adored, there the Gods are pleased.”

So neither is this tenet of women’s empowerment, women’s rights and women’s significance new today, nor was it new when Swami Vivekananda based his remarks according to this cultural niyam (rule). So, women’s rights is not something that needs to be instituted in India, but rather something that has to be re-instituted. That respect, reverence and love for women, not as objects of desire but as manifestations of the Divine Feminine, is part and parcel of India’s cultural and spiritual heritage. Without it, as we are seeing in the streets of India today, no resurgence will be successful. 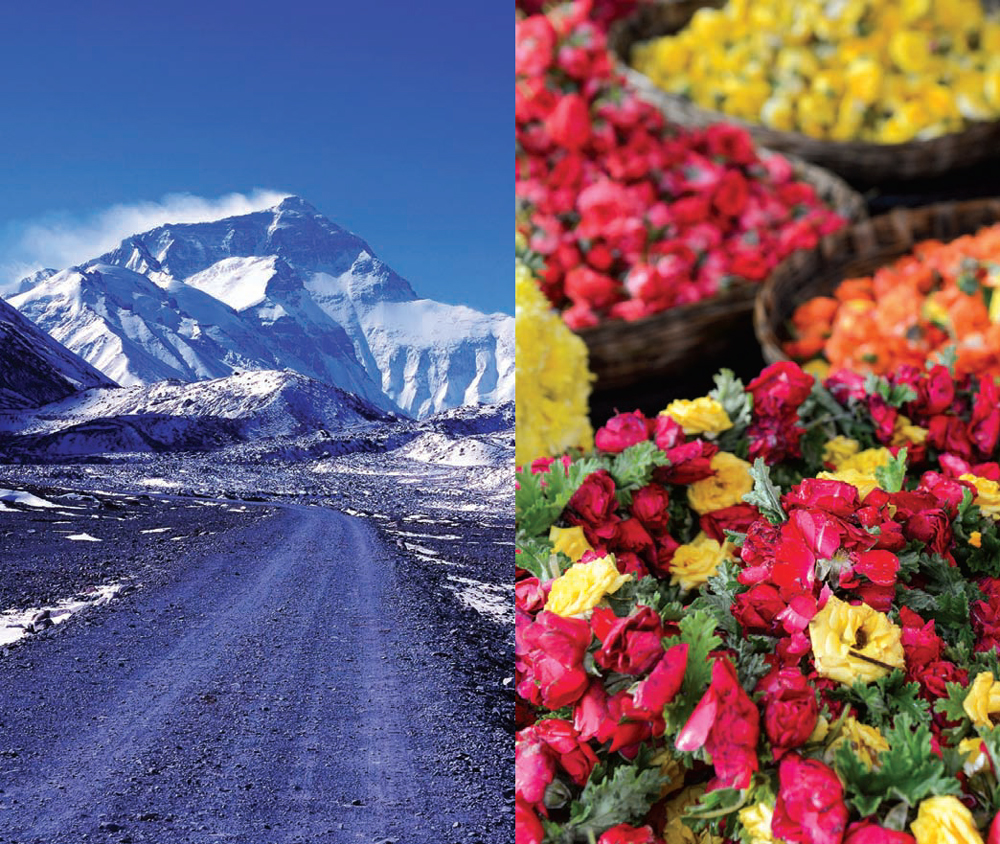 A story is told of Swami Vivekananda’s trip to America and UK, spanning approximately four years from 1893 to 1897. As he was getting ready to depart from London for India, one of his British friends asked him, “Swamiji, how do you like your motherland now after four years’ experience of the luxurious, glorious, powerful West?” Swamiji replied, “India I loved before I came away.  Now the very dust of India has become holy to me, the very air is now to me holy; India is now the holy land, the place of pilgrimage, the Tirth!”

There has been, over the last several decades, a shift of focus and a shift in  our values. To Swami Vivekananda, sure the roads, the infrastructure and other aspects of comfort, convenience, efficiency and even luxury were better and more available in the West, just as they are today. However, to him, those were not the important aspects of life, nor were they what determined his choice of country in which to live.  Hence he longed to return to Mother  India where he could bathe in her culture, her people and her soil, in the wind that blows across her land. There is a magic here in India, a divine magic that makes even squalor sacred. That does not, of course, condone squalor but it is simply to say that the feeling of sacredness is pervasive – in the huts and in the temples.

There are many reasons for this of course, with the most important being India’s inherent holiness. However, I believe that the divinity of her very soil is enhanced by a culture in which spirituality, sanskaras (impressions) and connection to God are the most important aspects of life. That is the Bharatiya Sanskriti (Indian culture) we speak about. However, today the focus seems to be much more on acquiring and attaining wealth, prestige, status and possessions.

When I first came to India one of the most remarkable aspects to me of the culture and the country was the peace on people’s faces – the rich, the poor, the old, the young, the homeless, the hungry, the educated and the illiterate. It was as though one’s lot in life was simply part of the “package deal” of human birth. It had very little connection to one’s sense of self or self-worth. Even those who lived far below western standards of abject poverty were eager to share. “Please come home for dinner,” I heard countless times from people who could not even afford to feed their own families let alone an extra mouth. In the nearly two decades I’ve lived here, much has changed. Perhaps bombarded by Western and Westernized serials, movies, fashion magazines and cultural indoctrination, the values and focus in India seem to have shifted. The “new India” has started judging its self-worth much like the West does – by the balance in their bank account, the number of shopping bags on their arms, the brand of sunglasses upon their faces, and the size of their waists. There is a feverish clamoring for more and more, better and better, newer and newer. India has become a country where there are nearly twice as many mobile phones as toilets. 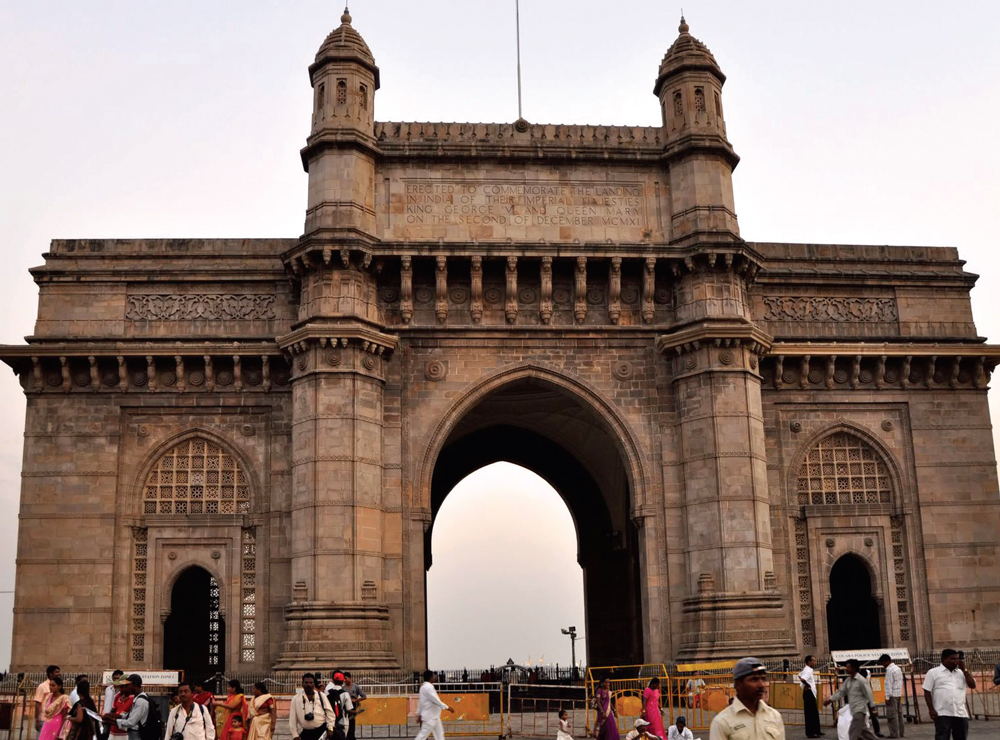 How many Indians today are just as eager to return home to India after a few years abroad? If India is going to be resurgent we have to cultivate that same level of discrimination that Swamiji had – sure he was able to recognize the comfort and convenience of the West, and yet he was able to recognize that there is something much more valuable than that. Hence he longed to return home to the “Tirth” of India.

A resurgent India needs a return to the values espoused by Swami Vivekananda. His call for greatness is greatness deeper than the distance our missiles can travel or the value of our GNP. It is a greatness that penetrates the core of each Indian, that makes him/her grounded, anchored, centered and rooted in an unbreakable, unshakeable connection to the Divine, to the country, to her soil and to each other.

Sadhvi Bhagawati Saraswati  was raised in a traditional, upper class, American family in Hollywood, California and graduated from Stanford University. She left America in 1996 to live permanently at Parmarth Niketan Ashram, on the holy banks of the Ganges river in Rishikesh, India. She has been serving the poor and needy of India since then. She took official Sanyas diksha (vows of renunciation) in June 2000, from her guru His Holiness Swami Chidanand Saraswatiji Maharaj, marking her pledge to a life of service, renunciation, purity and devotion. Sadhvi Bhagwati teaches meditation to seekers from every corner of the globe who travel to the Himalayas to learn the divine practice. Her talks blend the knowledge and logic of the West with the insights, spirituality and wisdom of the East. She also has a Ph.D. in Psychology. 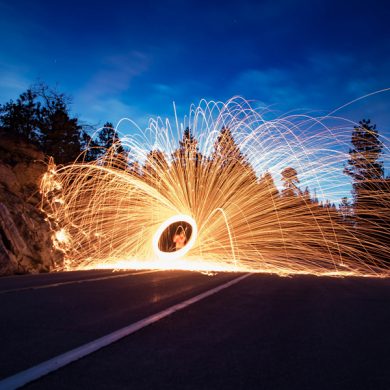