There comes a time when an individual becomes irresistible and his action becomes all-pervasive in its effect. This comes when he reduces himself to zero.

On a bitterly cold winter night in 1893, at the small railway town of Maritzburg, South Africa, a young man was thrown off a train solely because of the color of his skin. Alone in a foreign country, he had come to South Africa as a last resort, hoping to establish a career that had eluded him in his native India.

“It was winter,” he recalled later, “and winter in the higher regions of South Africa is severely cold. Maritzburg being at a high altitude, the cold was extremely bitter. My overcoat was in my luggage but I did not dare to ask for it lest I should be insulted again, so I sat and shivered. There was no light in the room.”

Many years later, when Gandhi was asked by an American missionary what the most creative moment in his life had been, he said it was that night he spent in the railway station at Maritzburg, asking himself,

“Shall I submit to this injustice? Or, for the sake of the thousands of people who are in the same situation, shall I work to change it?” The man who in thirty years’ time would be called “Mahatma” made his choice.

That night, the flame of self-sacrifice leapt up in the heart of this ordinary young man. Every day afterwards, for the twenty years he spent in South Africa, he protected that flame. He relit it when it was blown out by strong winds. He fueled it with his every ounce of energy and desire and courage. By the time he returned to India, what had been a spark had grown into a bonfire that could never be extinguished, lighting and warming the whole world. The creation of a thousand forests is to be found in a single acorn, Ralph Waldo Emerson once wrote, and the flame of hope that Gandhi was to light in so many millions of hearts first flashed as a tiny spark in that remote railway station.

Almost a hundred years later, you and I and every other human being every day face a question no less difficult or inescapable than the one Gandhi wrestled with: “Shall I put aside my self-interest and work to remake my life, for the sake of the earth and the children who will inherit it?”

Tonight is our night at Maritzburg. How will we answer that question? Tomorrow morning, when we look in the mirror, what will we see – an insignificant acorn or the seed of a thousand forests?

In his final diagnosis, worship without self-sacrifice, Gandhi drops a brilliant flare on the modern world. Worship and self-sacrifice: to grasp just how much one individual can heal the world, it is necessary to understand what Gandhi and the mystics really mean when they use those much-misrepresented words.

Someone once complained to G. K. Chesterton that the main problem with modern civilization is that people don’t believe in anything anymore. “I disagree,” Chesterton replied. “The real problem is that they will believe in anything at all.” The worship Gandhi is talking about is not religious ceremonies; it is the worship we carry on every day in our hearts and minds. In the industrial era, we have not ceased to worship; we have only divided our capacity for devotion into a million and one fruitless, self-centered channels. We build shopping malls as if they were temples. I visited one mall recently that was paved in marble like Saint Peter’s. People spend a great deal of their time and resources at such places, wandering from one store to another, gazing with longing at objects they hope will make them happy and fulfilled.

The brilliant psychologists of India’s ancient spiritual tradition were among the first to recognize that every one of our desires is actually a prayer – a prayer that will be answered, though rarely in just the way we had anticipated. When a smoker reaches for a cigarette, they would say, he is praying to the god of nicotine to grant him pleasure, or at least a temporary respite from his craving. Tragically, doctors tell us he is also praying for emphysema and lung cancer. When we pray to the god of petroleum to help us save a little bit of time or to increase our profit margin, we are also praying for seas black with oil, a sky brown with smog, and a topsoil that blows away in the wind. A trustee recognizes the tremendous power of these unconscious prayers and, through meditation, learns to use that power to heal instead of to harm the earth.

After meticulous observation, those early Indian scientists of the mind laid out the mechanics of desire in a formula that is, to me, the spiritual equivalent of Einstein’s E = mc²:

You are what your deep, driving desire is.

As your deep, driving desire is, so is your will.

As your will is, so is your deed.

As your deed is, so is your destiny. 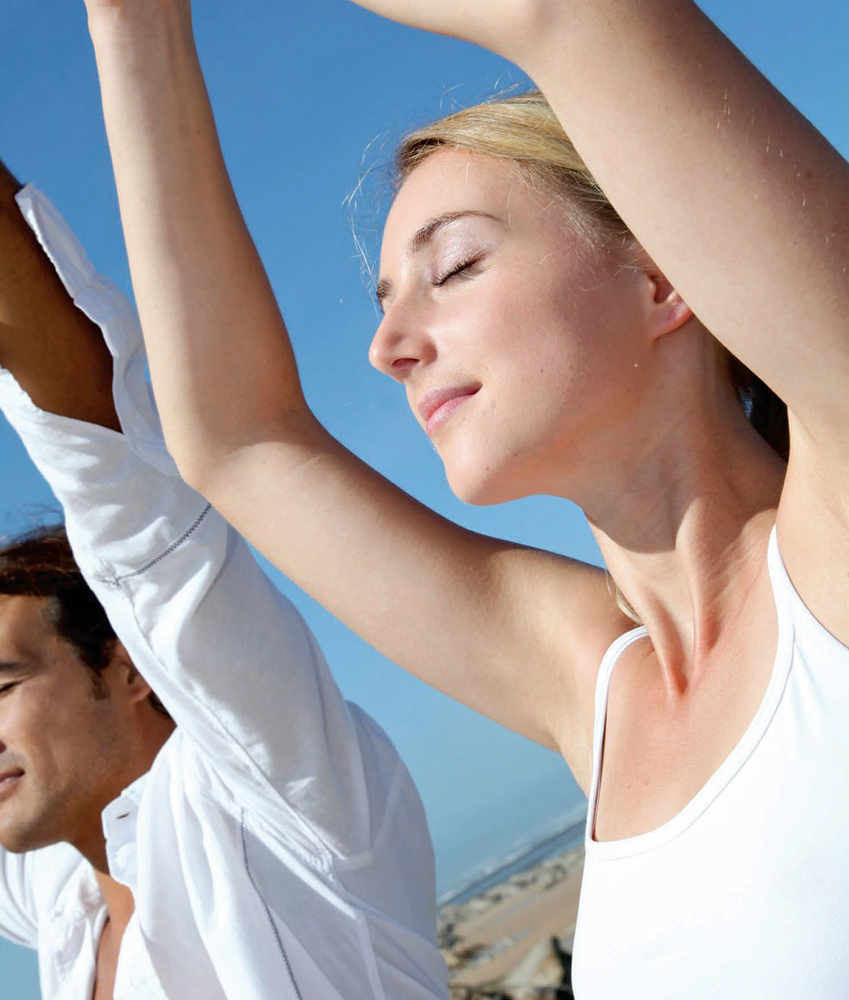 The goal of meditation is to get hold of our desires and draw them together into a single, all-consuming passion for the well-being of all of life. It is just like weaving many separate threads into a single, concentrated wick. The more closely you gather the threads, the more brightly your life will shine, illuminating not only your own home and family, but the lives of your friends, community, nation, and world.

Like Einstein’s formula, this epic statement points the way to a source of energy far exceeding our ordinary limitations. Today that energy is mostly wasted on unbeneficial pursuits, but with the training of the mind it can be harnessed to remake the human personality.

In any field of endeavor, it is this unification of desires that brings concentration, perseverance, and success. The vast majority of people have many, many desires. Without the benefit of meditation, this often leads to one of the saddest of lives – a superficial one. Seeking little things, content with tiny successes centered around their personal appearance and possessions and pastimes, these are, to me, the poorest of people. They inhabit the “third world” of shallow consciousness.

But it is possible, through meditation and the supporting practices, to weave those many stray desires into just a few very powerful desires. The fewer your desires, the stronger each will be. People who have just a few strong desires usually make their mark in life whatever field they throw themselves into, because their available energy and concentration are enormous. Out of this camp come great poets, statesmen, musicians, and humanitarians.

But for those to whom fame and fortune are no substitute for a healthy, peaceful world, who cannot rest until they know for certain who they are and why they are alive, there is another, even loftier goal. Through meditation, it is possible for any one of us to join the company of those rare men and women whose lives are shaped by only one deep, driving desire: to grow to their full height as human beings. To use Tennyson’s words, these are the true “movers and shakers” of the world.

In the language of orthodox religion, such people are men and women of God. In the language of a post-industrial era, it might be more fitting to use the term with which Gandhi described himself: these people aspire to be trustees of themselves and the earth. Their search is for the single spirit, present in all of us, to which the priceless resources of life truly belong.

When I took up the practice of meditation, I was fortunate in having already developed a certain one-pointedness in my desires. Most of my energy and attention went into my teaching and literary activities. But as my meditation deepened, I gradually developed the desire to turn every aspect of my life into an instrument of service. I began to remember something my Granny had often told me: “In your life, try to be like the coconut tree.” Indeed, the coconut tree is a perfect symbol for the aspirations of a trustee. Every part of the tree is useful and beneficial. Coconut palms grow tall all over my native state of Kerala, and in the years of my childhood they provided us with everything from shelter to food: the branches were used for building roofs, the trunk for pillars, the roots for medicines, the water inside for drinking, the oil for cooking, the fruit for eating, the shell to make ladles and bowls, and the fiber for rope. 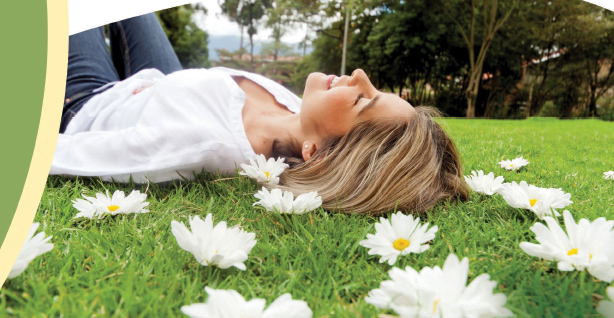 So, when I began to look upon my own life as a trust, I found that my passion for literature and teaching could become a very useful tool for serving life – as long as I did  not use it for my own personal advancement but for sharing spiritual understanding with others. Curiously, it was when I stopped looking for a personal reward in teaching that I enjoyed it most, and taught better as well.

Everyone has some special passion or talent – often several – which can be enhanced and transformed through the practice of meditation. Scientists, gardeners, journalists, carpenters, teachers, cooks, mothers, fathers: we can all learn to harness the desires that have led us to our specialties, and turn those talents into a source of healing for those around us.

And, as I suggested before, meditation gradually gives us the ability to harness the selfish urges and impulses hiding in the subterranean depths of our hearts. If you feel greedy,you can learn to be greedy not just for yourself but for everyone, wanting all to be happy. If you feel the lust to possess or control another person, you can turn that lust into the desire to understand, help, and support those around you – a kind of lust for their needs instead of what you imagine to be your own. By training your mind to be detached from self-interest, you can turn sorrow and self-pity into a protective umbrella of compassion for all of life. And you can use the tremendous power locked up in anger to oppose corruption and injustice – not by destroying others, but by winning them over in love.

It is this transformation of desire that Gandhi is referring to when he speaks of self-sacrifice, and the life it leads to is just the opposite of dreary mortification. A trustee’s life is a joyous, invigorating climb up the staircase of love, each step bringing new friendships and unearthing new talents, improving life not only for himself or herself, but for everyone around.

All you lose in taking up this challenge is your separateness, your loneliness, your fear, and your inability to change the way you live. And what do you gain? The electricity of harnessed desire magnifies your every capacity to serve and heal. Your life becomes a multiplication of joys and loves. If it is delightful to fall in love with one person, just imagine what it is like to fall in love with everyone. Imagine the joy of St. Francis, who fell in love not only with all people but with the animals and birds and streams and forests that surrounded him. As the Upanishads say, the joy of such a person is a million times greater than the happiness of even the most successful self-centered person.

Reprinted with permission from The Compassionate Universe by Eknath Easwaran

Eknath Easwaran (1910-1999) is respected around the world as the originator of passage meditation and an authentic guide to timeless wisdom. An Indian professor of English literature and a writer and speaker, he came to the U.S. in 1959 and founded the Blue Mountain Center of Meditation in 1961. The centre carries on his work today through publications and retreats. bmcm.org 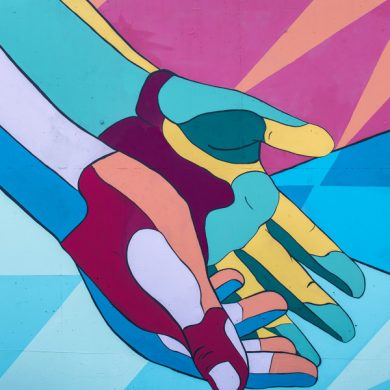