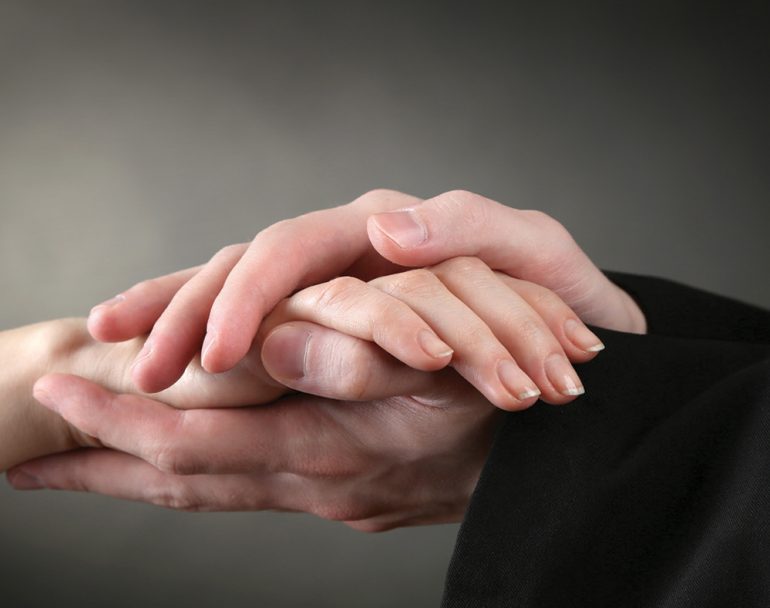 The Advantages of Being Human; Practicing Forgiveness

One of my favorite stories from the Upanishads concerns a woman on a long journey who decides to take a nap. One afternoon she falls asleep under the shade of a banyan tree with her careworn feet pointing towards the local temple. The monk in charge views this as an insult and anxiously chastises the woman for pointing her bare feet toward Brahman. The woman calmly awakens to the monk’s indignation, considers her trespass and replies, “Show me where Brahman does not exist, and there I will point my feet.”

In the Eastern philosophical and spiritual tradition of Vedanta – Hinduism’s tomb of revelatory doctrine that includes early descriptions of yoga and the hoary literature of the Upanishads – humanity takes the profound plunge that our finite energy and God’s infinite energy are one and the same energy; that atman, the finite self, and Brahman, the infinite self are one and the same – the universe, humanity included, is God – God is the universe and more. We could be here as a tree rooted in the earth or a star hanging from the heavens. Our inquiry is obvious; considering wars, starvation, homelessness, disease and a plethora of abuses, why are we here as humanity and what is our advantage?”

The art, spiritual philosophy, and science of yoga believes we are born out of a dynamic Universe to evolve on the corporeal plane using conflicts this life affords us to master infinite harmony through practicing life within finite homeostasis. We are born into humanity because a human being is the only sentient being capable of using its own mistaken perceptions and resulting crises within its illusive condition as tools to transcend that condition. Humanity is here to transcendentally evolve an awareness of its divine self by using maya, its created crises and illusions. The famous Indian philosopher, Nagarjuna, taught that nirvana, enlightenment, is found in the midst of samsara, the cycle of birth and death.

Living is a transcendental practice, and one of our greatest hurdles to transcend is the challenge we face in holding tight to our illusions while riding the flowing tsunami of a dynamic universe. If the yogic plunge that finite and infinite energy are one is true, how can an individual grow in awareness of the divine self – an aspect manifest of the infinite flowing universe – when one becomes staid in opinion and unforgiving in thought, deed, and action? Struggling with maya, we are challenged to perceive dharma, the truth of our yogic path. 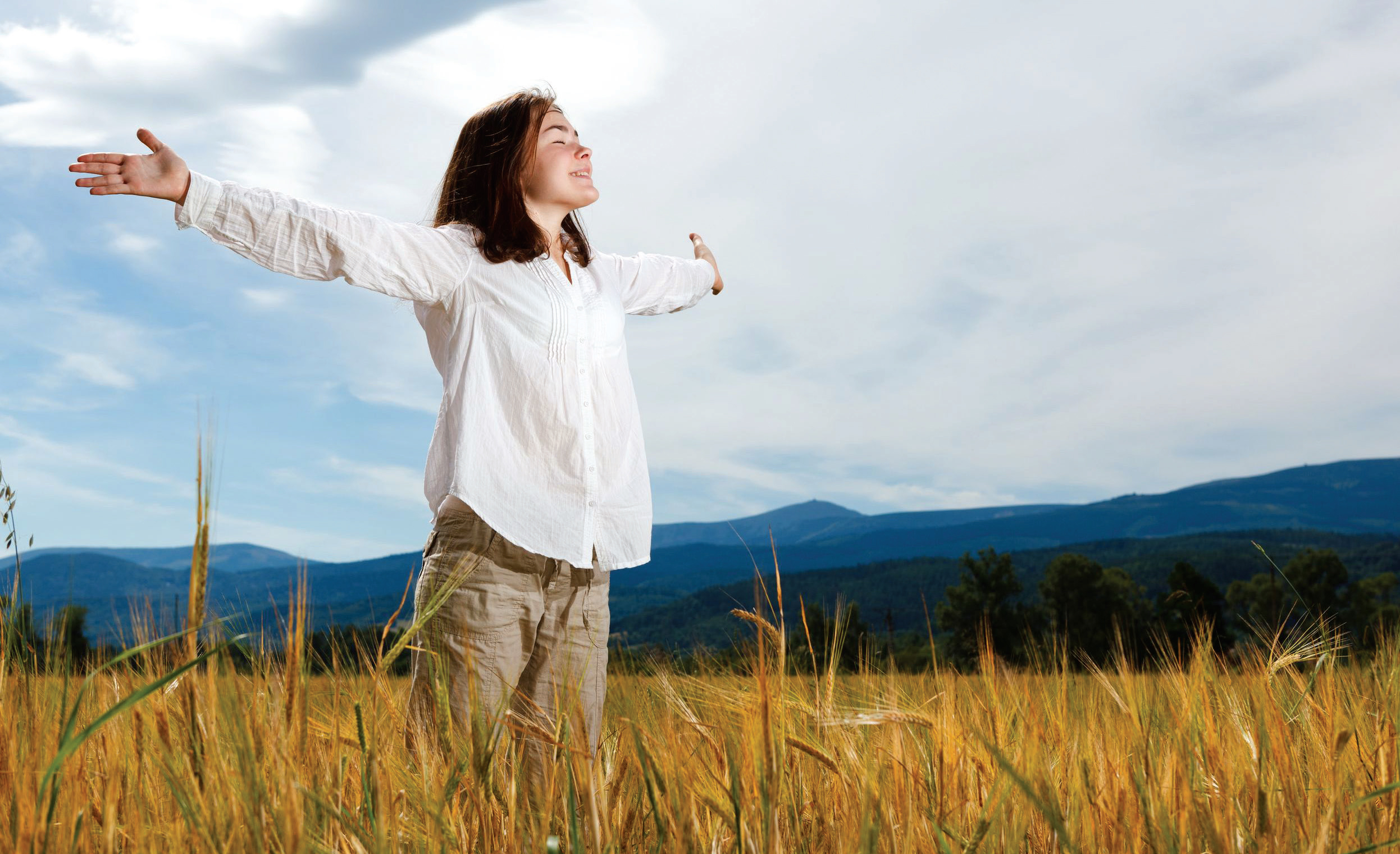 We approach life like a battle demanding we develop a white-knuckle grasp on our survival weapon – the ego, which must be “correct.” Ironically, this ego cannot be correct until it learns to renounce its finite worldly position allowing us to flow in infinite divine awareness. One of the original definitions of yoga is “the art of renunciation;” that renunciation being to master living in the world while not being of the world. Certainly, we live in a world of relative right and wrong. Though, in practicing the rest of yoga’s definition – to yoke, unite, return, or flow back to the divine self – one must renounce one’s position of attachment to being right or wrong, else impede the current of union.

Forgiveness is paramount to mastering yoga’s deepest truth and goal: to realize the divine self and live in awareness of the divine creative infinity that illuminates itself and infuses its energy throughout the universe, beating inside every human cell.

The Vedas also tell us that which we know only too well, that walking the road of life is like walking along a razor’s edge.

In practical terms, how does one begin forgiving the deepest pains this world piles upon us in the face of massive human maltreatment? We need to locate a space, a jumping off point in the tempest of our lives where we can initiate an understanding of what forgiveness is not; it is not an altruistic act of forgetting or compromise. Knowing that forgiveness does not depend on altruism allows us an anger escape valve. We are furious, but, we will rise above it because forgiving is not a selfless process of denial; this is step one. With this, we begin a slight loosening of the white-knuckle hold on an ego that refuses to budge.

We brave the next step in the storm by understanding that to live unforgiving is to breathe ferocity. Human kind is not here for good or bad, better or worse, happiness or anger; as an aspect of the divine cosmos we are here to become, and becoming cannot be stopped. This is what is meant when yoga speaks of dispassion as the path to truth. Living in passion we live out of harmony with our divine self because the true self simply is the energy to become; it produces no anger, suspicion, sadness, or bliss. Letting go of anger we practice harmony with who we are.

Not to forgive is fighting a battle against our self that spends us, drags us down, and depletes our immune systems leaving us open to emotional and physical disease. The next step then is realizing that forgiving is a selfish act and that being selfish, in this sense, is a moral imperative.

Forgiveness is knowing that our universe is in flux. Realizing that our only true position is one of accepting change and not holding tight is comprehending that acceptance does not mean lying down on the job; acceptance of change – dispassion – is the creative practice of wresting power. It is an act we do for our peace of mind and good health. Forgiving is an act of energy conservation.

Perhaps you have taken something from me – money, love or pride – yet, I have it within myself to stop you from going any further, from stealing anything more. When one has been slighted spiritually and physically, it takes energy to regroup. I won’t allow you to rob me of the energy I require to make my passage at this juncture. Through forgiveness, I will stop you in your tracks.

The “fore” in “forgiving” means “ahead of its time.” By accepting the human condition before an incident of that condition occurs in our lives, we naturally tend to walk our path with tolerance. The condition we accept is that in a finite world where the only truth is change, humanity has the ability to succeed, the ability to fail, and the responsibility to practice. We practice refining the energy output through positive thoughts and deeds. However, if your date is ordered to work late at the office, and he or she must miss an important event, you are not unforgiving because you understand that the nature of human commitment is in reality a promise only to “stack the odds” in favor of successfully keeping that commitment in the face of an ever-changing life.

To accept change as inevitable, and to work towards compassion for the human race, whose practice is to live on the learning curve of change, and to tolerate that practice within the time constraints of a single life, is to live a bit more graciously and with harmony and an inch closer to an awareness of our flowing divine self. Flowing, we do not cling to our egos. We do not fight the battle as much as witness it. We conserve energy and lead healthier lives in body, mind, and spirit.

The “giving” in “forgiving” means to give space/time, to practice the allowance of tolerance and understanding in its time.

Every school of yoga and all practicing yogis in their own styles have come to a common conclusion; we humans are born as a microcosm of the great macrocosm, Brahman, The Source, God. We are not born out of evil or sin, and we are not born missing anything. Karma, a vastly misunderstood concept, is not punishment, because The Source simply is a dynamic becoming; it does not make moral judgments and hand out punishments. We have everything within that we require to become and this will remain true for as long as the Ganges runs its course.

People worship on the banks of the Ganges, not because it is clean, but because the river is Brahman in its beauty at sunset and in its silt and dirt at mid-afternoon. God is the process of being. Show me where God does not exist? Even in religious philosophies and systems that migrated from the East to the West, this truth that God is infinite, reins supreme. Nothing happens outside of God. When Brahman manifests itself as an evil deity, I may shake my fist at Brahman, but I cannot deny Brahman’s existence.

What of self-forgiveness? As yogis, the key to moving forward in life is allowing ourselves a deep complete moment of forgiveness. Next, we accept that as the universe changes, as God has changed throughout eternity, we too have the power to change. The definition of yoga once again expanded, a yogi breaks with personal history, dies from old life patterns to move and search for nirvana in the midst of samsara. The yoga of forgiving begins with giving to one’s self by forgiving one’s self.

Youngbear Roth is a practicing Integral Yoga therapist, East-West journalist and academic research scientist in mental health since 1972. His work appears in over 400 international journals and magazines. Youngbear is a certified yoga therapist living with his wife for 39 years in Los Angeles, California.