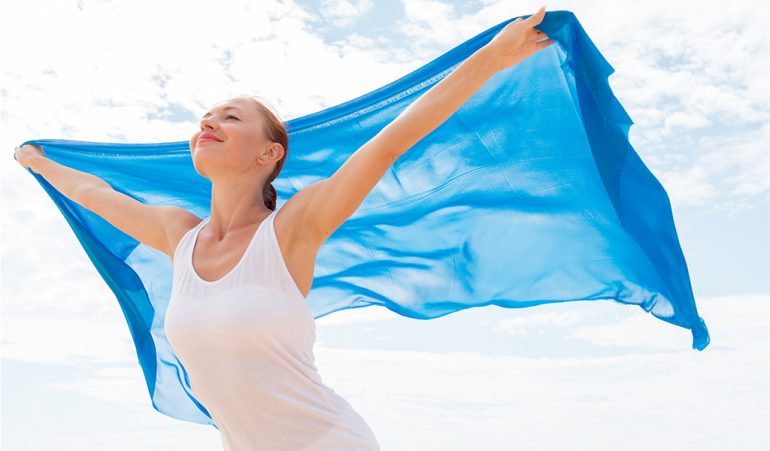 What Every Woman Needs to Know about Her Energy Body

Interest in the chakras, reiki, and energy healing has exploded in recent years, with many of us turning to these modalities for greater wellness and empowerment. What isn’t as widely covered is how women’s energy bodies differ from men’s. Learn how you can get the most out of working with your feminine energy body – including help for healing from sexual trauma.

Rochelle was a new massage therapist having trouble managing enough clients per day to pay her bills, as she felt drained after just one or two sessions.

Lauren was a health-conscious yoga practitioner who did everything she could to take good care of her mind and body, but suffered such extreme fatigue during her period each month; she was effectively sidelined from her life for several days.

Beth was a long-time meditator, but after the birth of her first child found that her usual meditation practices provided no relief from the heaviness and anxiety she was frequently experiencing.

Shari was a 50-yearold woman struggling with perimenopausal symptoms, questioning the direction her life was headed, and fearing she was going backwards.

What do all these women have in common? They all were experiencing shifts in their energy bodies but didn’t know how to work with them. While an increasing number of yoga classes and energy body workshops help us connect with our primary energy centers, or chakras, most of the time chakra mappings are presented as the same for men and women. But there are differences in how women’s energy bodies function, that any woman can benefit from knowing.

Our energy body serves as the interface between our physical body, our psyche, and our spirit. Chakra mappings in particular developed within both energy medicine and spiritual traditions around the world, and in the 20th century were even viewed by psychologist Carl Jung as a way to map different aspects of our psyche. The chakras offer many doorways into healing and empowerment, and hundreds of different methods for working with them including yoga, breath work, reiki, guided imagery, meditation, mantras, mudras, affirmations, crystals and more.

However, most chakra mappings and tools don’t account for the differences in how men’s and women’s chakras function. While at the spiritual level the energy moving through the chakras is ungendered, at the interface level between the chakras and the body, there are differences that mirror the physical differences between men and women. Trans and pan gender individuals will often experience the chakra patterns associated with the gender they most strongly identify with, or aspects of both. While male-female energy body patterns exist on a spectrum, rather than simply being binary, knowing about these differences can really help fine-tune chakra work.

The most important difference is that women’s energy bodies tend to be anchored in their second chakra, located in the pelvis, while men’s tend to be anchored in their first, or root chakra, associated with the tailbone, legs and feet. These two chakras serve as the foundation for everyone’s energy body, and so we all need to work to heal and strengthen both, but the differences in anchoring have real-world implications for women and those who identify as female.

Take the example of the masseuse Rochelle from above. She couldn’t understand why she felt so drained after just a couple of clients, when physically she still felt strong. The issue was energetic, not physical – she was unconsciously taking on energy from her clients. The reason was partly technical, based on this tendency of the feminine energy body, but also based in personal conditioning – like many women, Rochelle had patterns of people-pleasing that caused her to open up her energy body to others in a way she didn’t need to give a good massage. After learning to work with her root and navel chakras to create a simple, but effective energetic boundary, Rochelle was able to change this tendency, and work with clients successfully without draining herself.

Women’s energy bodies also experience cycles and phases in sync with their physical reproductive cycles and phases. While we now know that both men and women experience hormonal cycles and shifts, for women it is much more pronounced, in the form of menstruation, pregnancy, perimenopause and menopause. Each of these life events comes with its own energetic shifts, and learning to work with them can be key. For example, a woman’s sacral chakra waxes and wanes with her monthly cycle, at its strongest and most emanating at the peak of ovulation, and at its most sensitive and inward-facing during menstruation. While most women can’t organize their lives around their cycle, making even small accommodations can be helpful. For Lauren, the yoga practitioner who experienced extreme fatigue, allowing herself extra rest time and additional focus on her navel chakra during menstruation helped her to reduce the fatigue – and enabled her to tap into the deep contemplative energies available to her during this time.

Post-partum is another life phase in which women can benefit from understanding the energetic shifts occurring. Like Beth, mentioned above, even women with good support and self-care routines can find themselves struggling after birth. Not only is a woman dealing with physical fatigue and hormonal shifts, her energy body is adjusting to an additional energy line in the form of the mother-child bond. While a beautiful form of connection, if a woman leaves this line open all of the time, never learning to close it when she can, to experience her energy body’s singular power and integrity, she will often feel ungrounded or uncentered in addition to fatigued. Because the sacral chakra is a woman’s energy body anchor and mother-child lines are centered there, post-partum a woman may also feel as if she can’t access the energies or functions of her upper chakras, with all of her energy pooled downward. Tools to help close the mother-child line when needed, while still maintaining a healthy loving parental bond, are key to a woman’s post-partum physical and mental well-being.

Perimenopause and menopause too are opportunities for energetic and spiritual growth, but are often not recognized as such. We tend to view them as medical events, or as endings. But perimenopause – the years preceding menopause when a women’s body and energy body are beginning to transition – are characterized by surges through the chakras linked to personal growth. Each chakra has particular ‘lessons’ and themes associated with it, and depending on where a women’s greatest obstructions to owning her power lies, she may experience discomfort in her body or psyche as these obstructions attempt to clear. If a woman can stabilize her energy body at this time and engage with energy healing and personal growth modalities, she can enter menopause truly feeling like she is coming into her most powerful and fulfilling time.

For example, Shari from the intro found herself feeling adrift and unfulfilled in her career, in addition to experiencing insomnia and nightly hot flashes. Once she was able to identify her feelings and stabilize her energy body, she began to feel much better. She also began a chakra meditation practice that helped her to smooth the shifts in her energy body as they were occurring. As this unfolded she found herself contemplating a shift in career that felt positive and empowering, and realized it had been coming for a long time. Her shift into menopause from that point was physically and psychologically smooth.

Chakra work should never replace medical and holistic healing advice, but it can play an important role in a woman’s healing and growth. Sexual trauma healing is another area where this is especially the case. Because the second chakra is linked to sexual energy and is also the anchor for a woman’s energy body, sexual abuse and assault can have a particularly damaging impact to a woman’s sense of her own power, and all of her chakra functions. Working gently at this level to clear shame, fear, patterns of hypervigilance and disassociation can be an excellent modality for sexual trauma survivors who are intimidated by the idea of physical body work, or of talk therapy. In other cases, chakra work can be a complementary method to these modalities. For a woman, healing and empowering her second chakra is instrumental to full body, and full psyche, healing.

The wonderful thing about chakra work is that anyone can engage in it, and there are multiple access points. Some people relate more to visualization, some to physical triggers like sound, others to affirmations or emotional memory. Everyone can find a connection point with their chakras, and once they do, can work with them anywhere, anytime. For women, understanding these differences in their chakras and energy body functioning in daily life can help unlock the full potential of their self-healing and manifesting abilities. 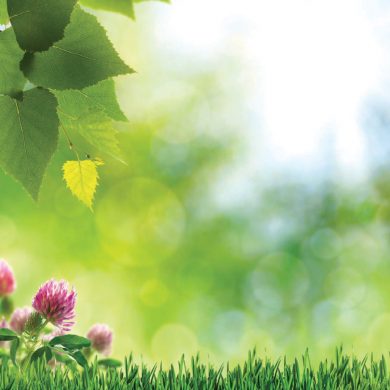