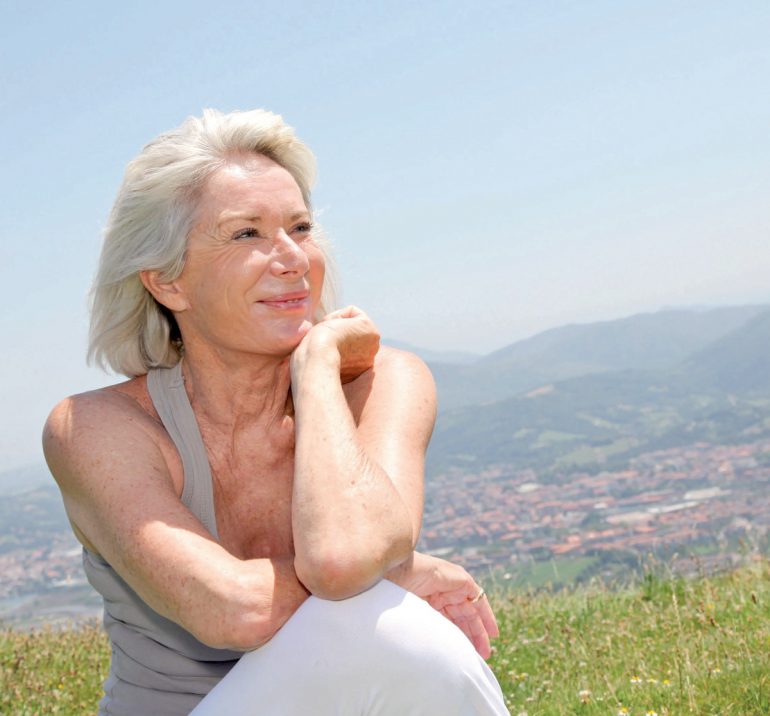 When a patient of mine who has practiced yoga for nearly thirty years told me that she was experiencing panic attacks, I was surprised. “After so many years of training, can’t you turn them off?” I asked. “I do turn them off, but only temporarily,” she replied. This patient is in excellent physical shape, but when I inadvertently caused her some pain when I was searching for acupuncture points and she tried to use her breathing skills to relieve the pain, her problem became clear to me. There was disconnect between my patient’s breathing and the discomfort she was trying to control. 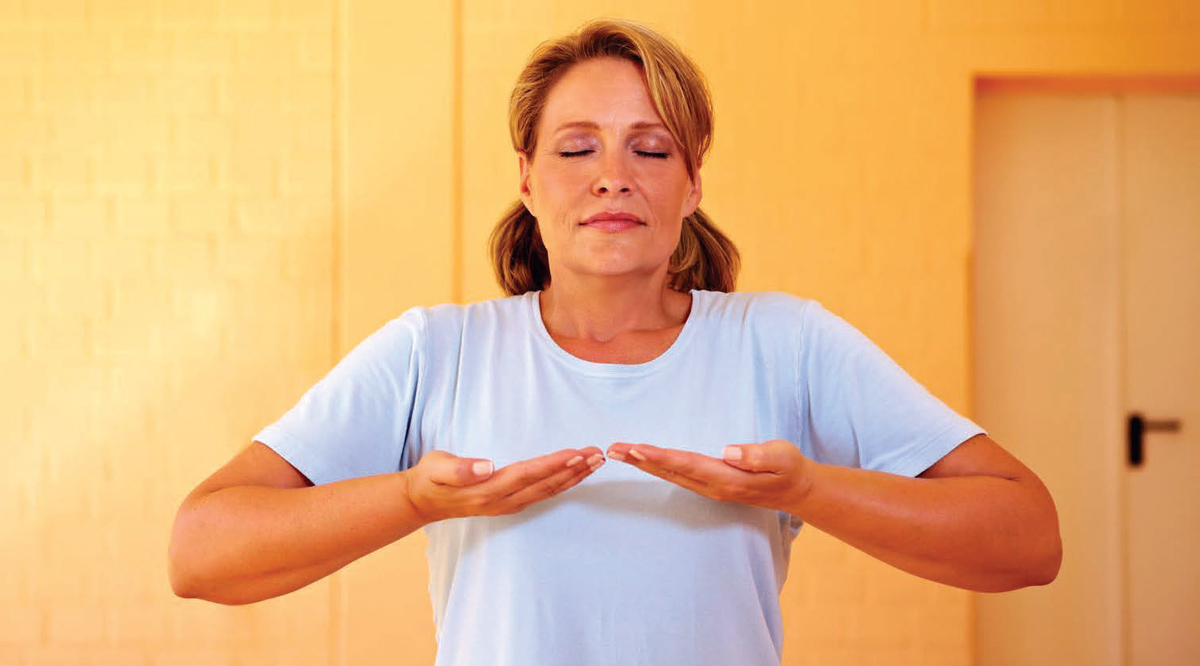 It is ironic that you may practice certain breathing techniques daily, becoming progressively better at using them, but they may not help you in a real-life situation that you find emotionally upsetting. Imagine, for example, that you have to do some public speaking, but when you’re at the podium and see all those eyes staring at you, stage fright takes over, and you cannot speak. So you start breathing—and for a moment you do feel better, but when you stop focusing on your breath and try to concentrate on what you are saying, your stage fright comes back.

If you’ve ever encountered a problem like this despite having practiced breathing techniques for years, you may be confused. Why don’t those techniques—which you’re so good at—help you in that real-life situation? To understand the reason, let’s look at how you do your breath training.

Every day, you dedicate a certain period of time to your exercises. But when you set a definite time for training, you train your mind to treat the breathing technique that you are working on as a separate event. Then, when you’re not training and an unwanted emotion—for instance, stage fright—suddenly occupies your mind, you try to get rid of that feeling by using your breathing technique. Your use of the technique, however, is only partially or temporarily successful because the unwanted feeling that’s bothering you and your effort to shut it down are competing for your attention.

Granted, the better your breathing skills are, the more successful you will be at pushing your stage fright or any other unwanted emotion away. But when you stop applying your effort, the emotion will come back. This occurs because, to your mind, your unwanted emotion and your breathing technique are two independent processes, and you may have great difficulty connecting them if you want to use your breathing to turn off the unwanted feeling. There are quite a few ways to solve this problem, but one of the easiest and most effective approaches is to directly intervene in the very breathing that activates your bothersome emotion.

Imagine two children watching a horror movie on TV. Their eyes are glued to the television set; they are enthralled by what is happening on screen. They seem to be calm, but then something scary suddenly occurs—and you can hear the kids gasp. Why do they gasp?

Try watching a horror movie yourself, and observe what is going on with your breathing in relation to the emotions you are experiencing at any given moment. Whenever something scary happens, you feel a sudden and powerful urge to inhale deeper, and you feel your fright appearing almost simultaneously with that gasp. If the difference between the emotional state that you were in just before your fright appeared and the frightened state that replaces it is great enough, you will hear yourself gasp. If your gasp is not audible, however, it does not mean that it does not occur: any change in your emotional state always starts with an inhalation.

Place yourself mentally back at that imaginary podium where you experienced stage fright. as soon as you see all those people in the audience—which happens in a fraction of a second—your emotional state immediately changes. But observe carefully how this change occurs, paying attention to the shift in your breathing. If you do, you’ll notice that a specific inhalation triggers your emotional change. By zeroing in on that inhalation, you’ll be able to disrupt the formation of unwanted emotions.

Try watching a horror movie, again, but this time, when you see something scary, do not let yourself inhale more than you’d inhaled before that moment. doing so, you will feel that you are suffocating, even though you have held your breath for just a fraction of a second. The degree of this feeling of suffocation reflects the intensity of the fright that is about to appear. Now, wait for something else that’s scary to show up on screen, but this time do not hold your breath. Instead, inhale more than you feel the need to during the very inhalation that initializes your fright. do you feel scared? Your fear should diminish if it does not entirely disappear. repeat this technique of exaggerated inhalation a few more times during the movie whenever something frightening happens. If when you do this again you still feel some remainder of your fear, inhale even more the next time. If you over-inhale deeply enough, you will turn off your fear completely. Yes, completely.

Because an inhalation triggers every feeling, you can use this technique to undo the function of inhalation, thus turning off any unwanted emotion. The only difficulty lies in catching the very inhalation that turns on a feeling. That takes some practice.

It may seem like an impossible task to catch and interfere with the inhalation that activates a feeling, but try imagining the following scenario: Your boss at work has asked you to explain something work-related to him, and as you repeat your explanation twice and then three times, you begin to realize that he doesn’t understand what you are saying, and that irritates you. You feel how this situation triggers your anger, and you instinctively suppress it with a deep inhalation. Notice, too, that the more you value your job, the earlier you suppress your anger. assuming that something like this has happened to you, it shows that you can intervene in the formation of a feeling despite how quickly it happens. 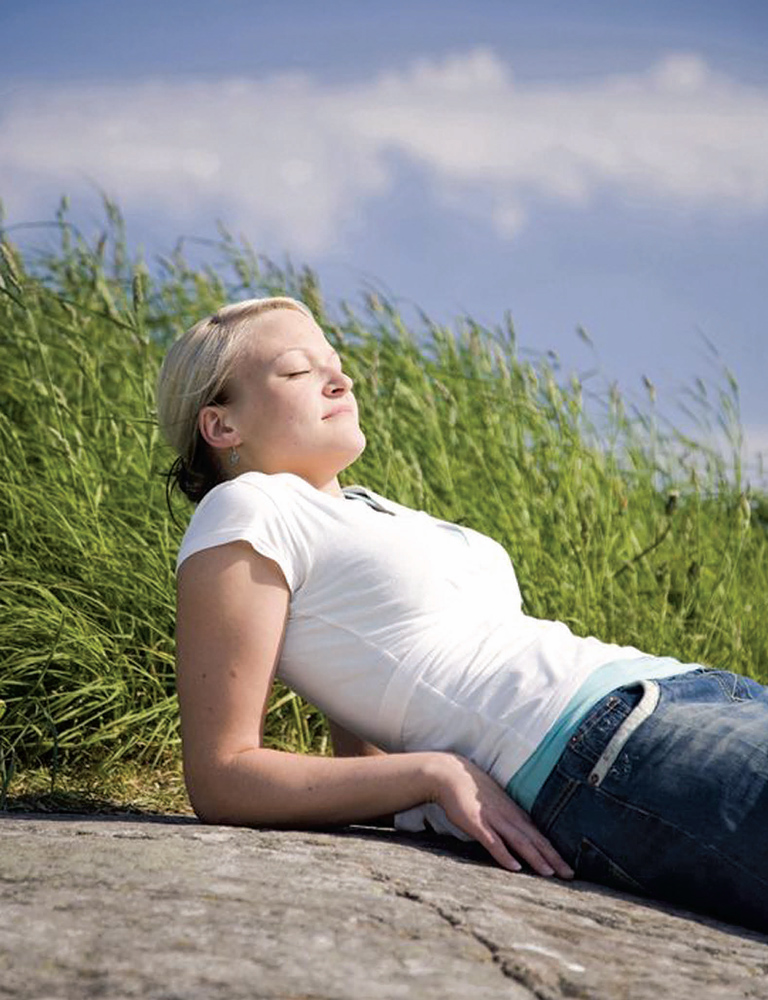 If you ever have successfully repressed an emotion, however, you may have noticed that you felt stressed later on. That’s because you intervened in the emotion’s formation at a later stage— after the activating inhalation. First, you felt that you were getting angry, and only then did you repress the anger. But if you intervene in the feeling’s formation during the initial inhalation, you don’t just suppress it—you disrupt it. and you won’t feel stress afterward. To make such interventions your second nature, your mind will need some training.

Practice on situations from your memory and imagination first, until you can disrupt most emotions that you can remember or imagine. Eventually, your mind will recognize the inhalation that turns on an emotion, and you will inhale more than you feel the need to, habitually disrupting the formation of the emotions that you’ve trained your mind to recognize as unwanted. In real-life situations, you’ll still need to put some effort into disrupting unwanted feelings, but you’ll no longer be trying to push them out of your consciousness. Instead, you’ll be manipulating breathing, which is one of the primary tools that your mind and body use to create those emotions.

If my panic-attack-prone patient were to use this method—that is, intentionally inhaling more than she needs to during the inhalation that activates her panic attacks—she would need to apply only a little effort to effectively pacify her emotional state, significantly reducing the stress that comes from fighting off bothersome feelings. More importantly, however, after she successfully shuts down a panic attack, she will not have to do so again if a similar attack threatens, because her mind will automatically do it for her.

Getting to the point where you can successfully turn off a panic attack by using this technique may, admittedly, take several months of practice. By their nature, panic attacks dull your ability to control your emotional state, and shutting them down requires significant practice on similar intense emotions from memory and imagination. In the long run, however, the good results make practicing this technique well worth the effort.

Vlad Koros is an acupuncturist who has published articles in leading acupuncture journals. Vlad first became acquainted with the healing arts while studying under a traveling monk. Later, he pursued a four-year-long apprenticeship at a Korean Buddhist monastery. He recently wrote Secret Techniques for Controlling Sadness, Anger, Fear, Anxiety, and Other Emotions, which is sold worldwide.