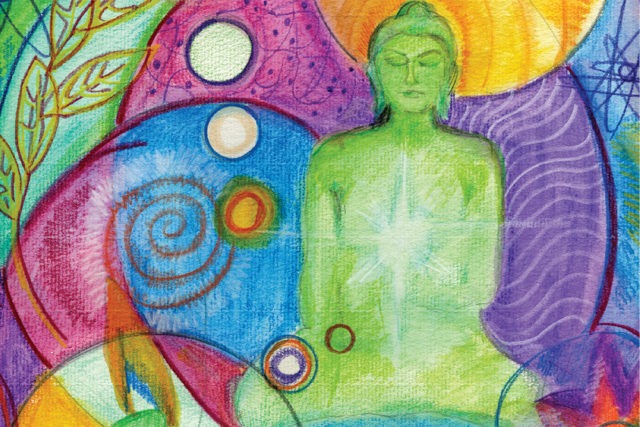 Our modern values are so inverted that we associate patience with passivity and admire those who bowl over their competitors in their rush to the top. The spiritual perspective turns this right side up. “La paciencia todo lo alcanza,” Saint Teresa used to repeat: patience attains everything. Through patience, every goal can be reached.

Teresa’s language would have been a daring challenge to her brothers, who were conquistadors in the New World. For them, to conquer meant to impose their way on unsuspecting peoples through superior military might. But for Teresa the real battle was within, and the surest weapon against the negative forces in human consciousness was patience. Patience means self-mastery: the capacity to hold on and remain loving in a difficult situation when every atom of your being wants to turn and run.

We saw some crocodiles in the aquarium the other day, and what impressed me most about them was their almost impenetrable armor. This is the kind of armor we have to develop in order to withstand the onslaught of life. To meet every challenge as it comes, we cannot allow vacillations in fortune and fame to affect us. One well-known actor has confessed that he chose to go into films to gain as much attention as possible, thinking he would find security. It was the one thing he did not find. Security is armor we must learn to put on inside of us. Every time we are patient in the face of agitation, every time we return forbearance for resentment, we strengthen this armor and deepen our security.

We Have the Capacity to Choose

The other day I was standing with a friend watching our dog Muka watch a neighbor’s cat. The cat, in turn, was watching a flock of birds. For a moment the scene was tranquil. Then the cat, being a cat, suddenly leaped at the birds. Almost at the same moment Muka, being a dog, leaped at the cat. And my friend leaped at Muka. That is exactly what happens in human affairs too. If someone is rude at work, we take it out on our partner at home, and he or she spreads irritation to everyone the next day. It not only happens with individuals; you can see nations behaving toward each other the same way.

I remember, many years ago, watching a man on television demonstrating a nuclear chain reaction. He stood in a room filled with mousetraps, each of which would release two table tennis balls when sprung. At the blackboard, he explained a little about uranium atoms being split by one neutron and releasing two. Then, without warning, he casually tossed a single table tennis ball into the traps. There was a snap, then a couple of other snaps, and in an instant, with a rattle like hail, the whole room was pelted with balls.

Without exaggeration, our globe is like that today. One person in a chronic state of anger spreads anger everywhere. When many people live in this state, continually on the edge of resentment, frustration, and hostility, the harvest is violence everywhere – in our hearts; our homes; our streets and cities; between estranged races, factions, and nations.

Detachment can break this chain reaction. A cat’s instinct is to leap at birds; it has no choice. As a dog, Muka’s instinct is to chase cats. But you and I are human; we have the capacity to choose our response. We can snap the chain of stimulus and response behavior by meeting resentment with patience, hatred with kindness, and fear with trust, in a sustained, consistent endeavor to staunch the spread of violence that threatens us all.

Freeing yourself from instinctive, reflex reactions will enrich all your relationships – even with those who oppose you. When you are kind to a foe, he ceases to be a foe. In time, he may even turn out to be a friend.

Gandhi’s life was filled with such relationships. Once, during Gandhi’s campaign for the rights of Indians in South Africa, he came before the head of the Transvaal government, General Jan Smuts. Gandhi had already developed the essentials of his later style, and it is easy to picture him sitting before this able Boer soldier and informing him quietly: “I want you to know I intend to fight against your government.”

Smuts must have thought he was hearing things. “You have come here to tell me that?” he laughed. “Is there anything more you want to say?”

Smuts was astonished. “Well,” he said at last, “and how are you going to do this?”

Gandhi smiled and said, “With your help.”

Years later Smuts admitted, not without humor, that this is exactly what Gandhi did. By his courage and by the inward toughness that allowed him to stick it out without yielding and without retaliation, Gandhi managed at last to win the general’s respect and friendship. Indeed, in 1939, on Gandhi’s seventieth birthday, Smuts returned a pair of sandals that Gandhi had made while imprisoned in South Africa and had given to him in 1914. “I have worn these sandals for many a summer since then,” Smuts said, “even though I may feel that I am not worthy to stand in the shoes of so great a man.”

Some of the most appealing names for girls in India refer to flowers. In Central India, where the university draws students from every part of the country, my roll books carried regular garlands of tropical names. Kumuda, for example, is a lovely kind of water lily that the poets say blooms at night when the moon comes up. With such romantic associations, you can see why a girl named Kumuda would be faced with great expectations when she showed up as a freshman on a college campus.

Just as this beautiful lily waits for the moon to rise, the poets say, our heart is waiting for the love of the Lord to open it like a bud. When love of Him begins to flood our heart, no discourteous word can come out of our mouth, no unkind act sully our hands, no jealous thought arise in our mind. This is when the human personality blossoms into full beauty.

When the lotus blooms, it doesn’t need an advertising agency to generate name recognition. No one can keep away. Similarly, when you do your best to put other people first, even if it means ignoring your own private satisfactions, everybody enjoys being around you.

I grew up listening to my granny’s stories, and I never grew tired of hearing these age-old tales again and again. I loved the ones about Sri Krishna, who is noted for a mischievous sense of fun. He is universally kind, always approachable, understanding, and serene. The imagery surrounding Krishna is of light and peace.

Krishna has a particularly warm corner in his heart for ordinary people who live in the world yet try to remember him. These are householders or lay devotees. They haven’t left the world, as monastic devotees do; they keep their jobs and live right in the middle of family and society.

In the Hindu scriptures there is a story about a character named Narada, who is not a householder but a sort of immortal monk. Narada likes to travel about from ashram to ashram stirring people up with spiritual gossip: “In this ashram, three people attained illumination last week! In that ashram, they are meditating around the clock.” Narada appears like this in many of our stories, and the consequences are always instructive.

Once, it is said, Narada asked Sri Krishna, “Why do you like these householders so much? They’re not very regular in their practice. One moment they resolve to become very spiritual, and the next moment they forget all about it.”

Sri Krishna pretended to think a while. “Narada,” he said, “I want you to do something for me. Will you take this little oil lamp and carry it around the temple three times? Then I’ll answer your question. But don’t let the lamp go out.”

As soon as Narada took the lamp outside, Krishna called up the winds and said, “Now, blow!” Soon Narada felt hard pressed. The north wind started blowing and the south wind started blowing, and there he was with this little oil lamp he couldn’t let go out. But being illumined and immortal, he wasn’t completely without resources. He held the lamp close and huddled over it to shield it from the wind, and somehow he managed to get around the temple three times with the flame still flickering. When he finally got back to Krishna, he was a little disheveled but still undaunted. “Well, Lord,” he said, “here is the lamp.”

Sri Krishna smiled. “Tell me, Narada, while you were going around the temple, how many times did you repeat my name?”

Narada hemmed and hawed. “With all this storm blowing, the north wind and the south wind … actually … I didn’t really remember.”

“Narada,” Krishna said, “these householders have so many problems, the wind is blowing against them all the time. If they are able to remember me only a little part of the day, I am very pleased.” 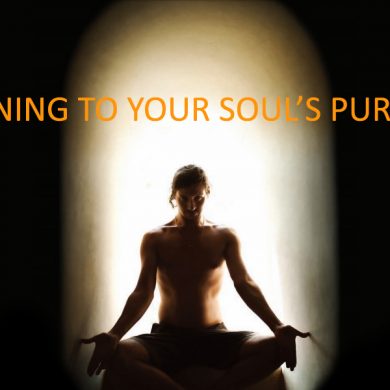 Aligning to Your Soul’s Purpose
X