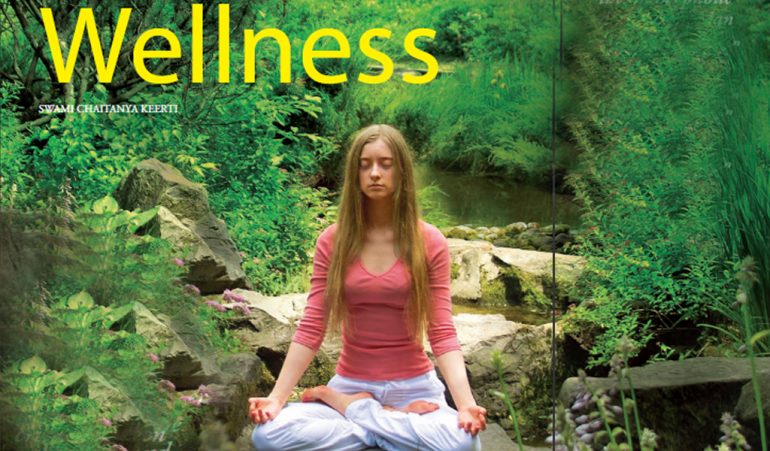 From Illness to Wellness

The more distance you create between you and your body, the nearer you are to the Divine. And this nearness transforms you.

John Kapp is a famous Western psychologist, researcher and author. He has written several papers on body-mind health. And he has been doing Osho Dynamic Meditation for years and leading this form of meditation as well.

He says, “I have been doing Osho Dynamic Meditation three times a week for the last five years. The outcome for me has been a healing change of attitude from a victim to a beneficiary, and improved health – curing a cataract, clearing my mind, improving my memory, listening, tasting, and quality of life.”

Kapp adds, “The Chinese model of disease is blocked energy (chi or life force) which has to flow freely for health. No one is allowed to express emotions, the chi of which is suppressed (blocked) in the garbage can of our unconscious minds. What the mind suppresses, the body expresses later as disease. Cathartic meditation empties the garbage can, so is therapeutic.”

Osho devised this powerful technique in the sixties, and it has helped thousands of people who have suffered from stress, depression, low energy or lack of energy, and has given them a fresh new life. They have been able to live their life with zing and zest, bubbling with energy and laughter, as they feel much lighter after throwing out their burden of repressed emotional garbage during the Dynamic Meditation.

Defining illness and wellness, John Kapp says, “A holistic definition of good health, (wellness, well being) personal to me, is ‘feeling at ease and in harmony with myself and others in my community and environment.’ These feelings depend on my attitude in my mind, and have little or nothing to do with the physical condition of my body.”

Osho declared this in his public discourses, “Man is a disease. To be not-at-ease is dis-ease. Man is unhappy; he wants to be something else, somewhere else.”

He explained that man as man is incurable. Unless he becomes divine, he can’t be cured. The more distance you create between you and your body, the nearer you are to the Divine. And this nearness transforms you.

To cure sickness, the first step is to accept it. The toughest thing is when a person doesn’t accept his sickness. Then he won’t benefit from the medicine. Masters like the Buddha and Nanak have given metaphysical cures for such sickness. The real master is a physician, not of your ordinary diseases, but of your existential sickness and mental conflicts.

Osho declared this in his public discourses, “Man is a disease. To be not-at-ease is dis-ease. Man is unhappy; he wants to be something else, somewhere else.”

In the East, especially in India, we regard the Guru or the Master not as a philosopher, but as a spiritual healer. He is a physician, a vaidya, not a philosopher. Both, Gautama the Buddha and Guru Nanak Dev, declared themselves as the enlightened physicians for the diseased humanity. But people are always ready to listen to abstract things, because those never touch life.

Osho tells a joke about Mulla Nasruddin in his old age. As people age, they get troublesome. Children are a nuisance but nothing compared to old people, because the nuisance of the old is supported by experience!

As people age, they need less sleep. A fetus sleeps in the womb for 24 hours a day, because that’s conducive to the growth it must achieve in nine months. After birth, sleep shortens. The child sleeps 20 hours, then 18, 16, 14… By his teenage years, he averages 8 hours. And beyond 50, sleep lessens further.

Back to the joke…so, Mulla Nasruddin had turned 90 and now he needed no sleep! It would be okay if he kept quiet but he wouldn’t. He’d wake up everyone and start sermonizing. His sons and grandsons were in agony: “Every night, the house becomes a church. We must find a way to make him sleep.”

When the hypnotist came, Nasruddin was lying on his bed. The hypnotist said, “It’s very easy to sleep. Just relax. First I’ll suggest that you are falling into sleep…deeper, deeper, and deeper.Don’t resist.”

And Nasruddin obeyed, to his family’s surprise. Even the hypnotist was amazed because Nasruddin was snoring away! Very thankful, the family paid the hypnotist $20 instead of his usual fee of $10. When the hypnotist left, Nasruddin opened an eye and said, “Has that nut gone? Now come here. You idiots, you should give me $20 and I’ll be silent all night. Don’t waste money. I fooled him within seconds. Who’s heard of people snoring in hypnosis? He doesn’t know the ABC of hypnosis!”

Celebrate through dance, expressing your gratitude towards the whole. Carry your happiness with you throughout the day.

This may sound funny at first, but it’s actually poignant. Here’s a person who is obviously not behaving normally but refuses to accept that he may be unwell. If only he were to agree that he needed help and let his family live in peace Indeed, accepting your sickness is where health begins.

Dynamic Meditation lasts for one hour and is in five stages. It can be done alone, and will be even more powerful if it is done with others. It is an individual experience so you should remain oblivious of others around you and keep your eyes closed throughout, preferably using a blindfold. It is best to have an empty stomach and wear loose, comfortable clothing.

Osho says, “This is a meditation in which you have to be continuously alert, conscious, and aware of whatsoever you do. Remain a witness. Don’t get lost. While you are breathing you can forget. You can become one with the breathing so much that you can forget the witness. But then you miss the point. Breathe as fast as possible, as deep as possible; bring your total energy to it but still remain a witness. Observe what is happening as if you are just a spectator, as if the whole thing is happening to somebody else, as if the whole thing is happening in the body and the consciousness is just centered and looking. This witnessing has to be carried out in all the three steps. And when everything stops, and in the fourth step you have become completely inactive, frozen, then this alertness will come to its peak.

Breathe chaotically through the nose, concentrating always on exhalation. The body will take care of the
inhalation. The breath should move deeply into the lungs. Be as fast as you can in your breathing, making sure the breathing stays deep. Do this as fast and as hard as you possibly can and then a little harder, until you literally become the breathing. Use your natural body movements to help you to build up your energy. Feel it building up, but don’t let go during the first stage.

Explode! Express everything that needs to be thrown out. Go totally mad. Scream, shout, cry, jump, shake, dance, sing, laugh; throw yourself around. Hold nothing back; keep your whole body moving. A little acting often helps to get you started. Never allow your mind to interfere with what is happening. Be total, be whole-hearted.

With raised arms, jump up and down shouting the mantra, “Hoo! Hoo! Hoo!” Do this as deeply as possible. Each time you land, on the flats of your feet, let the sound hammer deep into the sex center. Give all you have and exhaust yourself totally.

Stop! Freeze wherever you are, in whatever position you find yourself. Don’t arrange the body in any way. A cough, a movement – anything will dissipate the energy flow and the effort will be lost. Be a witness to everything that is happening to you.

Celebrate through dance, expressing your gratitude towards the whole. Carry your happiness with you throughout the day.

If where you meditate prevents you from making a noise, you can do this silent alternative: Rather than throwing out the sounds let the catharsis in the second stage take place entirely through bodily movements. In the third stage, the sound “Hoo” can be hammered silently inside. 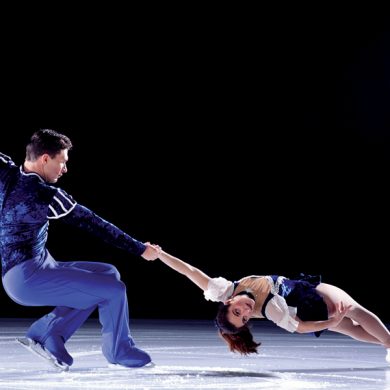