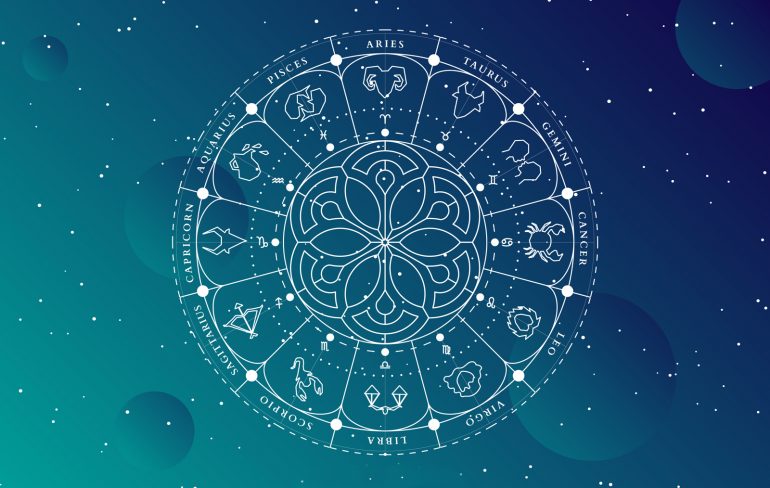 The ancients believed that there were four elements that everything was made up of: Earth, Water, Air and Fire, a belief backed and believed by philosophy, Science and Medicine for thousands of years. Astrology is no exception; our 12 Zodiac Signs are also further split within these 4 Elements.

These elements were even used to describe the four temperaments a person could have.

In this article I will evaluate the distinctiveness of all the four Elements governing our 12 Zodiac Signs so as to understand the characteristics that they influence us with.

An Earth ruled person is a homely person, who usually does not like to change houses too often and is like the Earth, can patiently bear a lot of sufferings and problems, just as you can plough the Earth or dig mines for its riches.

Once they make up their mind, they would hardly budge, just like Boulders or Mountains, rigid, stubborn and inflexible.

They are however trust-worthy if you want them to complete their tasks, dependable and persistent. But they do not like to take huge risks or gambles and so may miss out on many opportunities to rue about the same later. Routine is what can bog them down.

Such people can bear it all with a smile, are generally workaholics, but you better not try their endurance for too long as like the Earth, if pushed could be quite destructive just like an earthquake, or lava-burst from a volcano.

Such people could also burst out with vengeance. {Salman Khan, 27/12, a Capricorn}

Usually, Earth sign people can do even better if settled in their city or land of birth. Sachin Tendulkar, {24th April, Taurus} or Hrithik Roshan {10th Jan, Capricorn} are not doing too bad in Mumbai.

Madhuri Dixit,{15th May, Taurus} who is planning her comeback,  has also returned from abroad, back to her mother land, and place of birth, where she finds herself more comfortable.

Earth sign people are quite often lucky in matters of Real Estate and should hence try to invest in property, Mining, Gems or Diamonds, farming, agriculture, or anything which comes out or the Earth’s crust.

Earth and Water have known to be together for ages, similarly earth signs are also found to do well with Water signs, which are from Zodiacal sign of Pisces, Cancer and Scorpio.

Earth sign and Virgo Akshay Kumar had a sparkling {on & off-screen} chemistry with Water sign and Cancerian Priyanka Chopra {18th July}, while he did well with another Cancerian beauty, Katrina. {16/7} who in turn is still in touch with her ‘Earth’ Sign, and Ex flame, Salman.

Earth signs can actually blend with Fire and Air signs too, being the only sign known to be compatible with all the elements; at the same time they share better affinity with Earth and Water signs.

‘Air’ Signs are those born in the Zodiacal Signs of Aquarius {21st January to 20th February}, Gemini {21st May to 21st June} and Libra {23rd September to 22nd October}.

As the name suggests, ‘Air’ Signs travel frequently and in fact can do even better when away from the place of birth.

A Libran, Yash Chopra {27/9} was born in Lahore (Pak) and was the 1st to introduce beautiful foreign locales to Bollywood films so much that the Switzerland Government even has a street & Train named after him!

His disciple, Karan Johar, {25/5} a Gemini followed suit with shooting most of his films abroad too, getting a lot of success.

Born in UP, Amitabh Bachchan is another Libran who is doing pretty well when away from his place of birth.

‘Air’ signs are usually spendthrifts too and shall try to learn to also save for their future.

They can be quite moody and in relationships, difficult to understand, as like ‘Air’, you never know which direction they are heading!

They are found to be good at marketing, sales, journalism, media, communications, travel industry, flying, music, singing, {Lata- 28/10-Libra} radio, tv, import-export or any line of work in which they or their works are in front of the public.

‘Air’ Signs can be authoritative too and can hold centre stage; Kader Khan, {22/10-Libra}, Paresh Rawal {30/5- Gemini} & Mehmood {29/6=9-Libra} would do the same even if they were playing just character roles & not playing a Hero.

Usually they may have differences of opinion with ‘Water’ Signs {Pisces, Cancer & Scorpio born} and ‘Fire’ Signs {Aries, Leo & Sagittarius}.

However if one can understand each other’s weaknesses and having compatible numbers or sympathetic name numbers could help foster compatibility in such a union.

Like the name suggests, Fire sign people are usually hot and energetic; the abundance of energy if not used well could cause a volcanic type of explosion. Sanjay Dutt, a Leo {29th July} has been quite temperamental. Though wearing a Pearl as suggested did cool him off considerably; from Bhai, he became Munnabhai!

Such people are quite straight-forward in their approach; Rakhi Sawant is a perfect example of someone who doesn’t think twice before ‘Firing’ off!

They must try to be active and busy, thereby making constructive use of their energetic disposition. Bruce Lee, a Saggitarian {27/11} and Jackie Chan, an Arian {16th April} have used their energies constructively, so did the most dreaded fast bowler, Malcolm Marshall {18/4}.

Mukesh Ambani, {also an Arian} in building industries; Sonia Gandhi, a Sagittarian, is expanding her energy in politics.

Superstar Rajnikanth who essayed action packed roles like nobody else is a Sagittarius born on 12/12 who incidentally used his most infamous prop, a cigarette! Some Fire Signs!

Sharing this Date of Birth are likes of Yuvraj Singh {12/12} who ‘fired’ away 6 Sixes in an over; Sharad Pawar {12/12} packs lot of ‘Fire’ to have come up from a modest background of being born in a farmers family to becoming one of the most India’s most powerful politician!

Impulsiveness and temper is what Fire signs should usually watch out for.

Yoga, pranayam and meditation helps along with being busy.

Fire sign usually are more comfortable in positions of authority, and can hardly play second fiddle. They may also do well in sports, engineering, manufacturing, as industrialists or any industry which allows them to be in the driver’s seat.

Fire signs usually blend better with fellow Fire signs {Aries, {March 21 to April 20} Leo {July 24 to August 23} and Sagittarius {Nov 23 to Dec 22} and Earth signs which is those from the Zodiacal sign of Taurus, Virgo and Capricorn.

Fire Signs can blend and exist with ‘Air’ Signs too {Aquarius, Gemini & Libra born} if they give each other space and do not try to dominate each other.

Fire and Water can rarely mix as Water extinguishes the Fire or/and Fire evaporates the Water.

A ‘Water’ Sign Cancerian, Sourav Ganguly {8/07} had an notorious relationship with both his coaches, Greg Chappel {7/08} a Leo & his Knight Riders team Coach, John Buchanan an Arian {5/04}. However having compatible numbers or sympathetic name numbers could save such a union.

Such people usually do not waste an opportunity to travel, due to their restlessness and like to see far off lands.

They often love the sea or broad expanses of Water and can do better if they settle far from their place of birth, especially if that place is surrounded by Water too, in the form of a river, lake or ocean.

Which is a good thing as ‘Water’ requires movement and gets stagnant if in one place. At the same time, the same Water remains fresh after traveling from even mountaintops!

Shahrukh Khan {2/11} is a Scorpion living now on a sea facing property {Mannat} in Band Stand, born in Delhi and settled in Mumbai, which is also on sea level, and surrounded three sides by Water; fellow Scorpions, Aishwarya Rai, born in Mangalore, and Sushmita Sen  {born: Kolkatta} also established themselves well in Mumbai.

In fact both the beauties also won coveted titles such as Miss Universe and Miss World abroad first, then gained a footing in Bollywood.

Sania Mirza, a Scorpion also has done quite well abroad.

Cancerian Cuties, Priyanka Chopra {18/7} and Katrina Kaif {16/7}, also born away from Mumbai have flourished in Mumbai which is far from their place of birth.

Water signs are quite sentimental and emotional, but when tested, like Water, can find their way out, with a force as powerful as a tidal wave. If Water Signs do not get opportunities to settle far away from their birth-place, they must at least try to deal with people from far-off cities or countries, or try to travel within their surroundings.

Imports and exports, dealing in Liquids like chemicals, liquor, Water, petrol, ice-cream parlor etc are some of the industries that they can excel in.

Water signs usually do well with fellow Water signs {Priyanka & SRK bond very well} as well as with Earth Signs, which are amongst Zodiacal Signs of Taurus, {21st April to 20th May} Virgo, {24th Aug to 23rd Sept} and Capricorn, {23rd Dec to 20th Jan}.

Dhoni, a Cancer born Water Sign got a ‘Water’ tight pair in wife Sakshi Rawat, {19/11} a Scorpion who as predicted was lucky for him; he signed nearly 270 crores in Ad deals soon after the marriage. Dhoni even lifted the World Cup & Twenty-20 Champions Trophy soon after.

Water and Earth have survived together for ages, unless in a rare case of a Tsunami!

Earth Sign and Virgo Akshay Kumar had a sparkling chemistry with both Water Sign and Cancerians, Priyanka Chopra & Katrina.

Same time, Katrina is still in touch with ex-flame and Earth Sign Salman, a Capricorn!

Water however as we all know is not comfortable with Fire; Cancer born Sourav Ganguly {08/7} admitted Coach Greg Chappel spoiled his carrier. While Chappel {07/8} is a Leo, hence Fire Sign, Sourav had a big showdown also with another coach, John Buchanan {Knight Riders} who is also an Aries & ‘Fire’ Sign born on 05th April!

PS: Sometimes, if Elements do not match, on basis of Compatible or Sympathetic Numbers, relationships could get neutralized and vice versa, i.e., if Elements match, but Numbers don’t, there could also be discord. 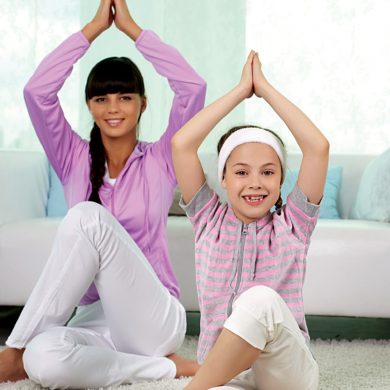