The Dance of the Pot

We do not realize what a great invention the pot is. Without the pot, we would still be animals, going to water bodies like rivers and ponds to hydrate ourselves. Thanks to the pot, we can get the water into our homes, our family does not have to trek for miles for a sip of water. The water is safe, no crocodiles lurking beneath the water, no tigers waiting to pounce on us as we are at our most vulnerable. Pot represents human civilization. In fact, pot is the ultimate proof of humanity. It indicates we are no longer animals.

The gods, the ancient believed, had a pot that overflowed with grain and gold. It was called the Akshaya patra. They also had a pot brimming with Amrita, the nectar of immortality. Humans had neither. But they had amongst them women. Only women created life within them and ensured the survival of the next generation. Women were therefore a combination ofAkshaya patra and Amrita, holding in their bodies the promise of abundance and immortality for the family. Without a woman, a family perished. The family tree withered.

It is strange that India today is obsessed with sons. In ancient times women were clearly more regarded than men. The survival of a tribe depended not on the number of men it had but women. So in the early days, women were given the choice to choose husbands. Those who were rejected turned to abducting or even buying women. The foremost form of wedding was considered to be one where the father gave his daughter to another family. It was a gift of Akshaya patra and Amrita.

In autumn, as the rains recede and the crops are harvested, three things come together on nine nights: the pot, the woman and the field. In the center of the field, the pot is placed filled with water and sprouts, and around it women dance in circular formation. They bend down and clap as they thank the earth and the cosmos and energize it with their happiness. This is garbo, the dance of the earth-womb. For nine nights one is reminded that the pot like the wife and the field are cultural constructions, not natural phenomena, created by man. If we do not respect all three, they will collapse. And it will be the end of civilization. 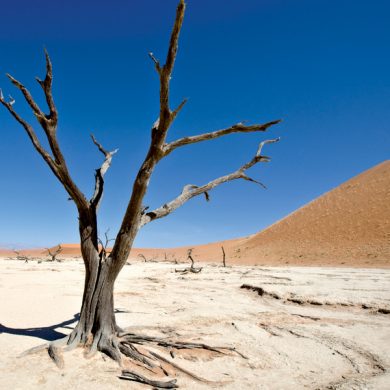