Change the World A Spiritual Guide to Living Now

Vedanta literally means the end of knowledge, and knowledge means the ultimate truth. That knowledge is based upon Yoga, Karma, Transcendental Meditation (TM), and Enlightenment. Today these are the household words in America. In his book “American Veda,” Goldberg argues that the philosophy of Vedanta and the mental, physical and spiritual disciplines of Yoga have changed America more than is generally realized. India’s contribution to the Western world is phenomenal.

Goldberg points out how Americans have come to accept and live by the central teaching of Vedic wisdom: “Truth is one, the wise call it by many names.” He claims that one of India’s principle spiritual exports is the philosophy of Vedanta. The life and works of Swami Vivekananda, Paramhansa Yogananda, and other such luminaries are discussed in the book. They are presented as India’s spiritual icons that were instrumental in spreading Vedantic wisdom.

The popular Beatles found Maharishi Mahesh Yogi in India to learn TM. In the late sixties, many Hollywood celebrities got engaged in meditation to improve their lives. Goldberg firmly believes in how deeply India has affected the spiritual life of Americans. India has given ideas in the form of art, culture, music, spirituality, and religion. The impact of the Indian “Hindu” philosophy that is ingrained in Vedantic thought was enormous on philosophers like Emerson, Thoreau, and others. These philosophers read Indian scriptures.

Goldberg has studied Indian religion, scriptures, and works of spiritual leaders and philosophers. He proposes that the best of the East and the best of the West will create a new level of human potential! Simply reading the biographical sketches of spiritual personalities written by Philip Goldberg is inspiring. This book is a rare contribution and is an essential read to enhance one’s spiritual goals.

Master Okawa believes that spirituality in today’s world is experiencing constant change. He emphasizes that we are truly living in the universe, and not on the earth we know so well. We are part of a larger family of the universe that is strikingly different.

“Change Your Life, Change the World” has six chapters; each addresses specific topics with the common thread of spirituality and body-mind-soul connection, such as reincarnation, pursuit of happiness, heaven on earth, moment of truth etc. Guidance (not exactly the recipe, but the encouragement to achieve a balanced view of life on earth) is given on matters of fate and failure, self-reflection and lack of self-esteem, personal and public happiness, and finally the analysis of the moment of truth.

Master Okawa believes in higher power, the Creator and his creations, and gives us his own thoughts on “You are not alone” in this world. Other elements of the universe, the cosmic powers and the Creator are watching you and accompanying you. In his own experience, he communicates with the Creator regularly, he receives guidance, and he believes that others can achieve similar abilities if sufficient efforts are made. This book has many of Master Okawa’s personal experiences. To understand him and his ideas, the first and foremost quality needed is faith in the Creator.

Educating our soul is an interesting concept discussed in the book. The mere existence of the soul itself is a great revelation for a spiritual practitioner. Such education is valuable for the development of the individual soul. The root of happiness lies in knowing that the soul makes “things” happen, makes you happy or unhappy.

Master Okawa shares his wisdom so that the world can be a better place to live where negativity is eliminated and positivity is promoted and escalated in our spiritual minds. The book promises to get the reader out of darkness and develop the capacity to realize the spiritual light.

Success in business is not achieved by everyone. It is often seen that desire for profit and an affluent lifestyle allures young people to start a business. But when they begin to face losses, they start regretting the risks taken. This happens sometimes when young people, who after completing their studies, feel an urgent need for independence and choose to start their own business. In their rush to begin, they don’t give adequate thought to the nature of the business, do enough research, or consider the “luck” factor. Losses occur and at times, they feel so trapped that they want to get rid of it immediately. 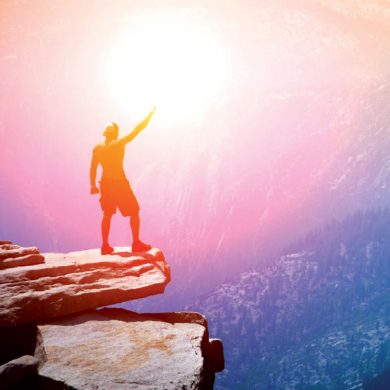 Towards a New Dharmic Vision of Humanity
X