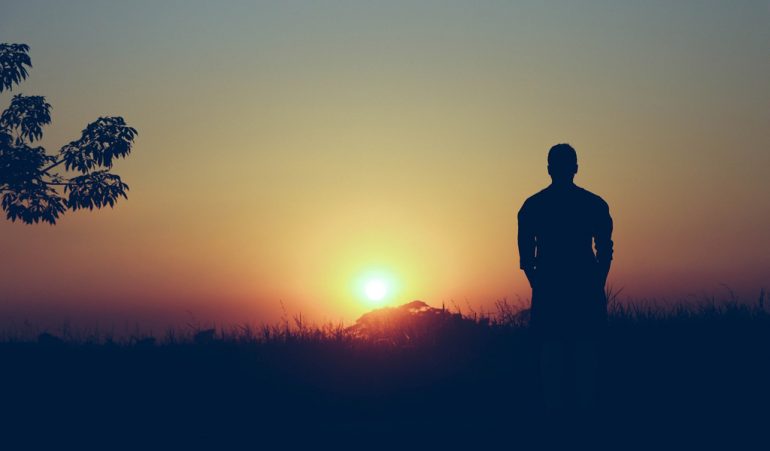 I am concerned about the teenagers living in today’s world.

In November of 2018, just over a year ago, The Washington Post reported on the skyrocketing rates of depression in American youth:

I was a depressed teen once. I disliked high school. I didn’t fit in. I was never diagnosed or on medications as it wasn’t major.

I’ll never forget the day my mother said she had something she wanted to talk about with me. We sat down in the living room and she told me that she was concerned about me.

That brief communication turned my spirits around. Just a little, but enough to start the journey upwards! It was the care and concern behind my mother’s words that spoke to me. Before that, I never gave much thought about seeing a psychologist. Still, I’ll be forever grateful for being noticed and cared for. For a moment, my heart was receiving oxygen.

I’m always interested in people’s life stories. I wonder what gold can be gleaned from those who came before us. What can we learn about ourselves from the autobiographies of those who preceded us?

I consider St. Theresa’s life. She lost her mother when she was just four years old; a few years later her older sister, who had acted as her second mother, entered a Carmelite convent in Lisieux, where she would be cloistered and forbidden to return. I wonder how St. Theresa came to lead a life of deep contentment and great fulfilment!

I consider the short life of Anne Frank. She lived out her days with a bright, positive focus, even when she and her family were hiding from the Nazis.

This saint and this child were able to journey through times of great personal challenge without succumbing to depression. I wonder if they were able to navigate the difficulties because they were living in their hearts, rather than being led by the chatter and chaos of the judgmental mind!

Anne Frank’s journal entries testify to her abiding in her heart. Her belief in the goodness of humans – a belief rooted in the heart and not in “the monkey mind” did not wither when she was being chased by the Nazis.

St. Theresa wrote in her autobiography of being devastated by her mother’s passing and devastated once again when her older sister left her when she was hardly nine. She shed tears, but she didn’t fall into self-pity, bitterness or depression. She knew from a young age that life was larger than the circumstances that came her way.

As a spiritual coach, I have come to believe that more than anything else, “the monkey mind” accounts for the increasing number of people who are depressed.

We get stuck in the misery of seeing the world through this lens — not only due to habituation, but also because the mind doesn’t like to be confused or to admit that it might be wrong. If someone suggests that other possibilities might be available – say, the possibility of seeing oneself through the eyes of love, or the possibility of choosing different responses to the world – the mind is apt to snuff out the idea like a candle snuffer puts an end to the candle’s flame. “No, that is simply not true,” the mind will say. “I already know the world is unsupportive and difficult and I have evidence.” Or, if someone suggests that you’re not socially inept, to use another example, the mind will say, “You made a blunder at the party a few months ago – you are an idiot.”

I wonder if the depressed teenagers of today are trapped in their “monkey mind” and need to find a pathway from the mind into the heart. Would Sally benefit from imagining herself as a magnificent light-filled being with a heart that has been designed to love the world? Would she get a moment of respite from the quicksand of her “monkey mind” and the harsh judgments it stirs up by tapping into her imagination?

What if she were to start each day, for a few weeks, playing with these images and sensing her nobility? Would her nobility and grandeur become less hidden, or at least more visible and palpable to herself? Would she begin to befriend her true self? Would these moments of oxygenating the heart help her pivot from the direction of misery and darkness to something closer to the direction of heaven and light?

Years ago, my mother said, “I know things can get better.” She offered to find psychologist for me in a time before visualizations became popular. Perhaps you too will want to share your caring spirit with a depressed teenager in your life, be it your child, grandchild, or someone else.

Offer the help of a psychologist, if you choose to. Or suggest the following practice to your dear one:

Morning practice: Take two or three minutes upon waking up to imagine yourself standing by the shoreline (or anywhere in nature) radiating light and inner beauty and standing tall in your true essence. Try this for three or four weeks to see if the effects are cumulative or deepening over time.

Let your dear one know everyone’s different. What works for some people might not work as well for someone else. Still, new approaches might be worth a try.

Elliott Robertson is the author of Say Yes to Life: Seven Keys to Living Life Full Out from Within. A love and joy coach, he holds an MA in psychology and is a workshop leader. For a complementary guided visualization, please visit  SayYesToLifeBook.com.