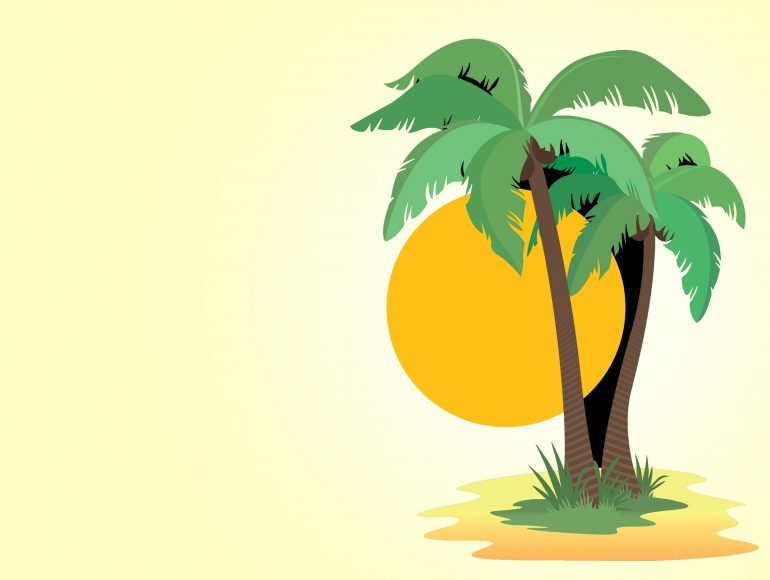 Self Care in Summer Wisdom Teachings from the Ayurveda Tradition

In sunny California, which is my home, we have become a little spoiled with expansive blue skies and warm melting golden sun that sparkles and shines and adds a special radiance to our lives, year round. And we especially look forward to summer with great anticipation. In fact the world over, we humans have developed an entire culture around summer; and its arrival is often greeted with great super sales of cooling cottons, designer beach gear, water sports, and special juices and drinks to keep us cool and hydrated.

Unfortunately, summer’s dry heat can also be trying on our system since the moisture in the environment reduces drastically; including from our body, causing loss of body fluids through sweating. We can also manifest conditions like sunstroke, dehydration, prickly heat rash, inflammatory skin disorders, bleeding from the nose, burning sensation of urine, muscle cramps and fatigue.

Ayurveda-wise, the fiery hot sun in summer activates Pitta Dosha and increasing dryness (of the wind) begins to accumulate Vata. There is reduction in Kapha Dosha within the body; Rasa Dhatu (fluid nutrition of all the body tissues) and Bala (strength) of the body are also greatly diminished. Hence, Ayurveda not only cautions external protection but also suggests inner replenishment, rejuvenation and restoration through a special protocol called Grishma Ritucharya.

Grishma Ritucharya In Ayurveda, the seasons and their impact on the human body have been studied carefully, and an elaborate scientific food and lifestyle protocol has been developed in response for each season under the topic of Ritucharya, which literally translates as seasonally specific recommended behavior to prevent the aggravation of doshas and ward off season specific discomfort and prevent potential disease.

The sun and the moon

Before we plunge into the summer protocol and get juicy tips for self love, let us look at the world briefly from the eyes of the sages who gave us Ayurveda. The sages observed how two cosmic entities, the Sun and the Moon, affect us humans in so many diverse ways, including our health, immunity and emotions.

Spell of the unrelenting sun on earth’s creatures

Adaana Kaala or the period of the sun begins in late winter, includes spring, and ends with the end of summer. During this six-month sojourn of the earth around and towards the sun, the sun’s rays become more and more potent with each increasing day until the end of summer, and the winds that blow during this time are extremely potent as well. In fact, the winds aid the increasing heat to enter every minute space and exhaust moisture from anything and everything.

Invariably the earth, soil, herbs, vegetation, trees, birds and animals, and yes, we humans and our bodies too, come under the spell of the sun, and, we slowly become depleted, easily exhausted, losing essential moisture and strength. This is why Ayurveda recommends that we not only drink water in summer but also consume more liquids versus solids in general; and include several times a day, seasonal fruit juices like coconut water, sweet lime water, mango juice, etc.

Ayurveda explains that the entire spectrum of foods we eat during this time is progressively drier and more bitter, astringent and pungent in their impact upon the body (if not in taste), and hence, the same foods are not as bruhana (anabolic, strengthening, nourishing) in their impact as they would in another state of the time when the sun is less powerful. Hence, summer regimen recommends we increase the naturally occurring sweet taste in our diet available in abundance in cow’s milk, rice, wheat and vegetables like squashes, which are also nourishing.

Similarly, the quality of rukshata or dryness that begins in late winter, is of medium level in spring, and peaks in summer. Hence, Ayurveda recommends massaging the body daily with sweet coconut oil to lubricate and replenish the dry skin, and also include oil or ghee in daily food intake.

The Moon In life, humans always experience the great balancing principle of the equal and opposite force. The hot, dry, parched earth and her creatures are greatly relieved when the Visarga Kaala (southern course) begins, and the moon becomes more dominant. The sages explain that while the sun, due to fierce heat takes from us our fluids and strength (shoshana), the moon’s rays give and nourish (poshana) our body and mind with its own non-tangible essence called Soma Rasa.

The moon has an effect on water on earth (tides, floods), as well as on our body (fluids, emotions, Kapha Dosha). The moon’s domination will generally restore moisture and nourishment on earth and in her living creatures, including us humans. This is why Ayurveda texts recommend moonlight, almost as an essential ingredient in a tool box, for summer self care.

In Visarga Kaala, the moon spreads its gentle life-giving rays and the previously blistered, scorched and seared nature is bestowed with saturating, strengthening, moistening, and nurturing all-natural cosmic juiciness.

The wind too, that blows during this time, is influenced by the moon. It is cool and moist and enables the moon’s rays to reach all living creatures and gift them with sustaining invisible moon strength – Soma Rasa. We can now understand why the moon is such a big resource during the summer in Ayurveda, and why sages ask us to moon bathe, expose water and drinks to moonlight first, and why sleeping in moonlight is so beneficial, not only to the body but also to the mind.

Foods to avoid as much as possible during summer

Papaya – very heating | Pineapple – very heating | Watermelon – has potential to cause an imbalance in all three doshas. It is gas-increasing.|Tomato | Eggplant | Garlic – minimize eating or at least cook garlic in ghee. Do not eat it raw in summer. | Peanuts | Pickles | Chilies | Peppers | Red onions | Alcohol | Red Meat | Mustard oil and mustard leaves in cooking – it is very heating and should be avoided.

Ayurveda not only advises increasing intake of naturally sweet, moist, slightly fatty, and nourishing food to balance dryness and heat in the body but also that we not overeat, since the digestive fire, Agni, is naturally low. Here are more tips for you: 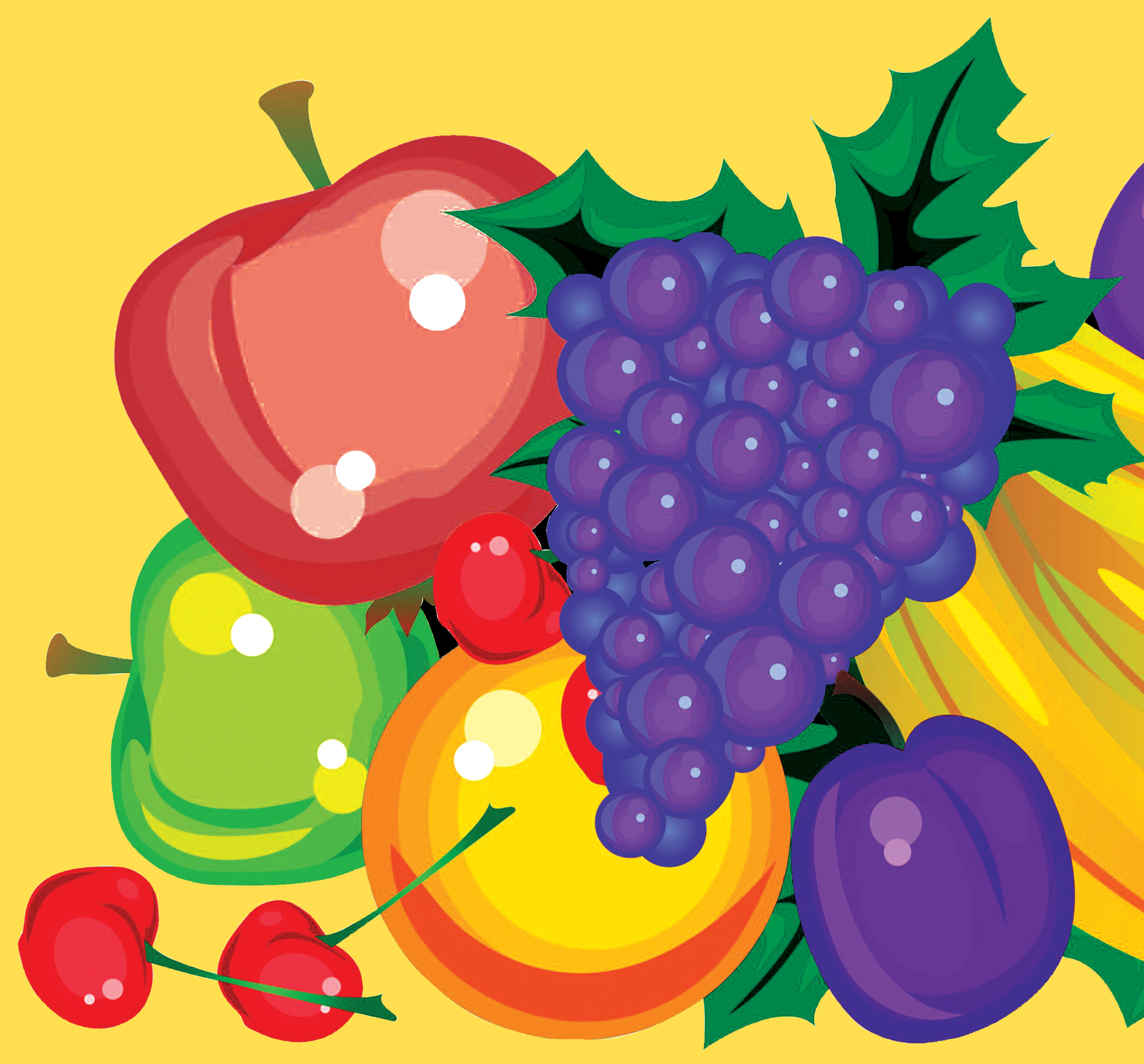 “Salads are popular summer meals nowadays, but Ayurveda recommends that we limit the intake of raw vegetables as they are very hard to digest and can increase the air element.”

“This summer, the time that we take to choose appropriate foods and craft a seasonappropriate lifestyle by virtue of Ayurveda wisdom, will truly transform our understanding of nature.”

This Summer Ayurveda suggests not only enjoying the cooled interiors versus the blistering outdoors in daytime, but also actively soliciting the comfort of shaded gardens and forests filled with fragrant flowers and fountains or tall trees with thick foliage to soothe the intense heat. 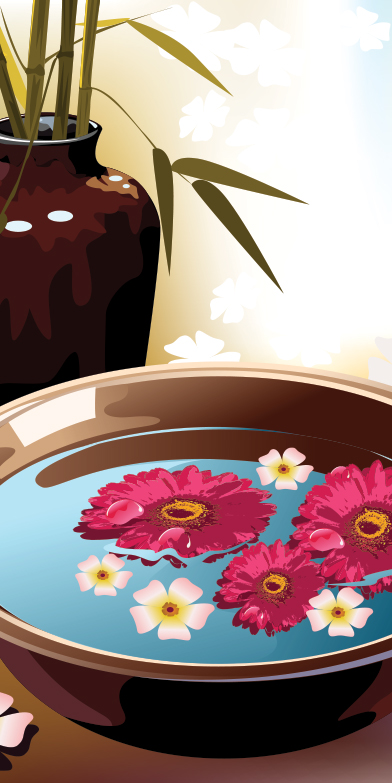 In no other season is a nap recommended apart from the summer season. Ayurveda advises adequate rest (no overexertion or over heating of the body), and recommends daytime sleep to replenish lost Kapha.

Since we now know what a help the moon is in summer, Ayurveda suggests sleeping in the open (if possible) perhaps even bare skinned, or minimally clothed with the lightest cotton garments to absorb the cooling rays loaded with love!

Use fragrance from flower beds or use as oils – Chandan (Sandalwood), Champak, Jasmine and Rose. Summer becomes a bouquet of cooling, soothing flowers in the Ayurveda tradition that always nourishes the entire being – body, mind and soul.

As for the body, anoint it with a paste of cooling herbs. Mix Usheeram (also known as Vetiveria or Khurkhus grass) with Chandan (Sandalwood) or apply them individually. A thin layer of Usheeram on the entire body cools the skin and acts as a natural fragrant deodorant and reduces perspiration. Likewise, a thin layer of Chandan or Sandalwood is not only a natural refrigerant and deodorant, but also enhances the complexion and prevents skin blemishes and sunburn in summer. Sherbets made from both herbs can also be consumed for relief during summer. Coconut oil makes for a good sun protector (always apply slightly warmed) before you step out. The face can be washed with ground Masoor Daal (Red Lentils), a pinch of Sandalwood powder and Saffron (use a coffee grinder to make a powder) – mix a tablespoon of the mixture with Cow’s milk to make a creamy paste. This is a cooling and nourishing face wash that will remove redness from the face.

Reduce exertion; avoid heavy exercises; and excessive exposure to direct sunlight. Excessive sex/intercourse should also be avoided in this season, especially after meals.

Self care – a sacred ritual

Thus, Ayurveda’s self care wisdom demonstrates a deep understanding of nature. The self care rituals not only deliver results but also become potent ways to love ourselves, and to step into a more conscious relationship with nature, the sun, the moon and the wind. Following Ayurveda’s recommendations, we begin to flow more and fight less with nature.

This summer, the time that we take to choose appropriate foods and craft a season-appropriate lifestyle by virtue of Ayurveda wisdom, will truly transform our understanding of nature. With Ayurveda’s help, we do not need to only react to the escalating heat and dryness of summer with discomfort; instead, we can choose to respond to it proactively by being prepared in advance. This will be a truly conscious time invested in ourselves for a happy, truly cool and healthy summer!

Hailing from a lineage of Vedanta sages in India, Acharya Shunya is an Ayurveda pioneer, master healer, mystic teacher, and published author. She founded the Vedika Global Foundation in Berkeley, California. She leads Ayurvedic workshops and retreats throughout the US and India. Acharya Shunya is known for her unique way of expressing Ayurveda in conjunction with Advaita Vedanta and Yoga. acharyashunya.com 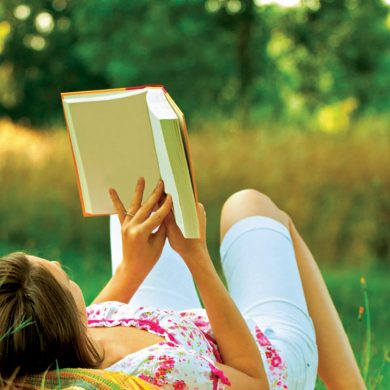 How to Turn Illness into an Ally
X