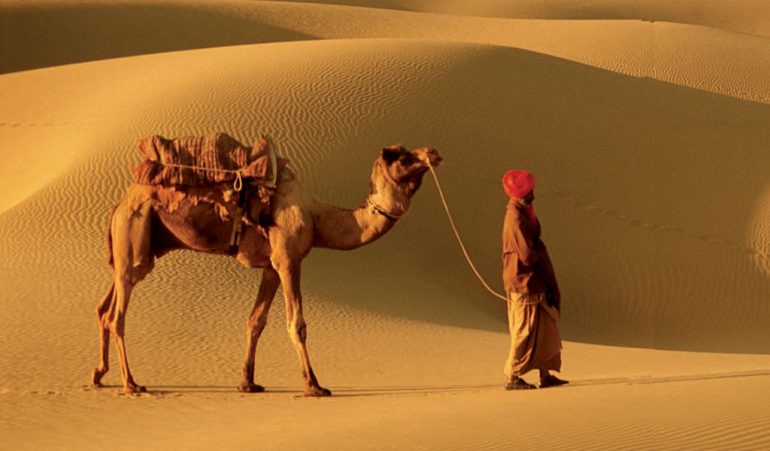 Grandeur in the Rustic

Jaisalmer in Rajasthan was one of the out-of the-world experiences – at least in the last couple of years that we have vacationed in India. For the adventurous and romantic, the magic of Jaisalmer is perhaps best explored on the back of a camel. And this is what we set out to savor. Mid-September to mid-March is the ideal time for camel safaris, especially the extended ones involving four days to a week which take you to various little towns, villages and hamlets. However, since we traveled to the region in mid-July when the weather was not at its best behavior, we shortened the camel safari to half a day. The camel safari package included night camping at Sam Sand Dunes, an experience not to be missed. It was a unique rendezvous with the desert – a star-speckled sky above, a mammoth river of sand that held us softly in its vast arms, a “silent” gush of wild, cool breeze, and traditional Rajasthani cuisine to whet your gastronomic urges. One couldn’t have asked for more!

For some of us who had believed that the tranquility of the mountains or the majestic serenity of the Ghats were the only regions worth camping, the Rawla experience was a pleasant surprise, an exhilarating experience. Yes, we had booked ourselves into Resort Rawla which served as the base for exploring Sam, before we switched to Fort Rajwada to access other regions close to Jaisalmer.

The Resort Rooted in traditional desert life, Resort Rawla, about 25 miles away from the city center and sprawled over a 33-acre area, is nestled amidst golden sand dunes that appear to assume the shape of a horseshoe. We were accorded a warm and typically Rajasthan style welcome with the tika ceremony and fruit cocktails doing their rounds. The eco-friendly resort, we noticed, was bereft of electricity. The sun, moon and stars, supplemented with traditional lanterns, candles and solar lights served to illuminate the interiors and surrounding areas.

We were excited at the prospect of staying in an unconventional accommodation for the first time. The Rawla huts, ethnic rural cottages, were at once charming and comfortable. Neatly arranged in rows, these were cylindrical mud and lime structures plastered entirely with organic materials, and having conical thatched roofs. Seeing our beds on coir and bamboo cots, we became nostalgic and reminisced the years when we would visit our ancestral village during vacation times and sleep on such cots. The décor of the humble huts was ethnic to the core and aesthetically done. The sheets on the mattress, cushions and pillows were all in cotton with traditional Rajasthani folk motifs adorning them.

Away from the cacophony and pandemonium of the Indian metros and towns, the Thar and Rawla, we realized, brought us closer to nature. No, there were no birds, no creatures from the wild, no dense trees or multihued flora to bewitch us here – well, at least not in this season that we visited. But the miles and miles of sand – red, orange, peach, beige and golden – stretching wave-like, into eternity, was no less mesmerizing than the bounteous verdure to which we had become accustomed to as a holiday locale. Of course, we were aware that the desert had a fair share of its own flora and fauna, but we were surprised to learn that the region is home to almost 80 bird species including the falcons, eagles, hawks, kestrels, larks, pipits, mynas and bustards!

We were determined not to miss any camelback rides. So we heaved on to these desert ships, the ungainly onehumped creatures that were colorfully bedecked, to explore the surrounds, including the ruined villages of Kuldhara and the Jain pilgrim centre at Lodruva. We did this trip partly on camelback and partly by jeep. We made sure to return before sunset to watch the spectacular play of sun and sand creating delightful ripples on the dunes. It was veritably a great test of endurance, traversing over the unfriendly and forbidding terrain. We lolled and lurched as the humped creatures “waded” along, throwing up tufts of the peach-orange grainy earth every now and then, as if indulging in their own game of soccer.

The sands were an intricate playground of colors, changing hues and shapes so many times over, creating a magical mirage effect as the sun alternately cast its harsh and gentle rays on it. Our naked feet burned and blistered as they sunk into the daytime sand. But we had to indulge in this whimsical act, if only to experience a whiff of reality. Twilight and night were a different story – a total change from the scorching grains to chill flakes that soothed our feet back to shape.

For those who enjoy adrenaline pumping adventure, Rawla organizes dune bashing in four-wheel drives. This was certainly a no-no for most of us. But we did watch with great zeal as shouts and roars went up from tourists who took the package, as their vehicles snaked amidst the dips and curls of the dunes.

Come dinner time, life at Rawla vibrated to the sounds of music that was both haunting and lilting as performers, attired in ghaghra-choli (skirt and short blouse) patterned in a profusion of colors, swayed rhythmically to ethnic folk music characteristic of the state of Rajasthan. Along with other tourists, we joined this revelry, enticed by the rhythmical synergy these musicians and dancers created. Eight year old Ghafoor was the star performer of the evening and he won our hearts as he showed his skills on a variety of indigenous instruments, played to perfection.

We were regaled with a rich repertoire of folk music and dance even as meals progressed with authentic Rajasthani cuisine comprising gatta (curry made of chickpea flour), sangri (kind of beans), dal (lentils) and rotis (Indian bread) made from millet, finishing off in style with the rasgullas (a sweet made of cottage cheese).

The more we saw, the more we desired to savor the desert and the dunes of Thar and Jaisalmer. Its “Arabian Nights” aura kept us entranced and left us wondering whether time had indeed stopped here, several decades ago, or perhaps, even hundreds of years ago! We could feel the grandeur in the rustic culture, particularly at Rawla that has successfully recreated centuries old eras and offers activities and expeditions that bring the outdoors alive, thus blending it with the idyllic indoor. I guess I could best describe the magnificent beauty of this desert city as a poem without words! 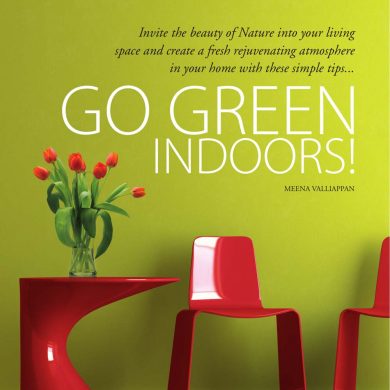