Kumbh Mela a miracle of Astha and Vyavastha

Kumbh Mela – the distillation and

It is, simultaneously, the

worst and the best of

pervasive sense of the

sacred which one finds

Kumbh Mela – the distillation and crystallization of India. It is, simultaneously, the worst and the best of India. Kumbh embodies and epitomizes the pervasive sense of the sacred which one finds while traveling through traditional, spiritual India. And, it is also the quintessence of that which makes India difficult for so many foreigners. It is loud, incredibly so, with nearly non-stop cacophony. Bhajans (devotional songs), kirtan (devotional chanting), spiritual lectures and public service announcements vie for airtime on the speakers hung every thirty or forty feet. It is dirty and dusty, of course, because the entire Mela is erected on sand – which is the sacred riverbed of rivers Ganga and Yamuna throughout much of the year. It is crowded. Estimates range from 80 million to 130 million pilgrims flocking from every corner of the country and the world. To me, as a foreigner, having been blessed to live the past sixteen years in India, that is the worst of India – its noise, its dirt and dust, and its ubiquitous crowds.

However, these pale in comparison to the best of India, which is also the best of Kumbh. Imagine – wave after wave of humanity, every color, every size, speaking every language, pouring into the Mela out of every possible vehicle ranging from a bullock cart to a private jet. And for what? There is no sporting event here where one can root enthusiastically for one’s home team and then pop champagne bottles at the victory. There is no rock concert where one might be able to touch the shirttails of pop stars and sing along to one’s favorite tunes. There is no lottery with a million-dollar (or several crore) jackpot. There is no theme park with slides and rides to make our hair stand on end and our children shout with glee. 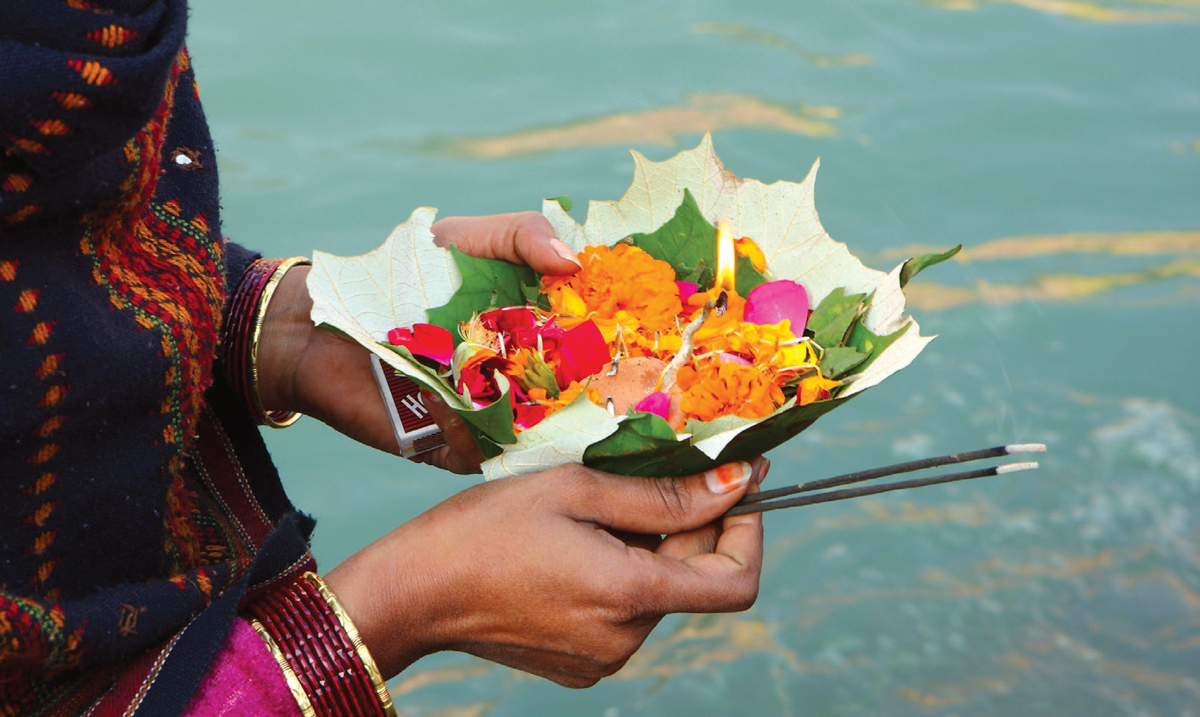 What is it, then, that draws more people than any other event in the history of the world? It is, quite simply, the faith, the beautiful, sacred, uniquely Indian faith that to have a bath in the holy waters of Ma (Mother) Ganga, Ma Yamuna and Ma Saraswati at this auspicious time might help one attain spiritual liberation and purity from one’s sins of lives past. It is the belief, the unassailable, ardent belief that one will come closer to the Divine, that one will awaken spiritually and perhaps even attain enlightenment. No, it is not sports stars or rock stars or dollars or rupees that lure people to the Kumbh. It is not glamour or prestige or the chance to rub elbows with celebrities. It is the presence of the holy saints, the possibility of their darshan (vision of the divine or a revered guru), their blessings and their satsang (spiritual assembly). It is the astrological significance of bathing, praying and meditating on certain days in this sacred riverbed. It is the readiness, nay the eagerness, with which—by the tens of millions— Indians abandon the comfort, convenience and luxury of their own lives and lifestyles to come and sleep in tents built on the dirt, their eyes brimming with tears of devotion and gratitude.

India is a land that feeds first and eats second, and the Kumbh is the crystallization of this cultural tenet. Wherever you go, from one end of the Kumbh to the other, regardless of sampradaya (community or sect), or parampara (tradition), there is always food for all. Camp after camp feeds thousands each day, their own sevaks (devotees) and pilgrims frying batch after batch of puris (fried, puffy bread) before sunrise.

Traditional Indian culture is one unaffected by illusory distinctions of caste, creed and culture. “Vasudhaiv Kutumbakam” (the world is one family) is one of the most fundamental tenets of Indian spiritual tradition. Here in the Kumbh Mela that tenet comes alive in a way unparalleled anywhere else in the country. People of all color, caste, creed and culture bathe together in the same waters, walk the same ground, pray together at the same auspicious time, and meditate together under the same full moon. 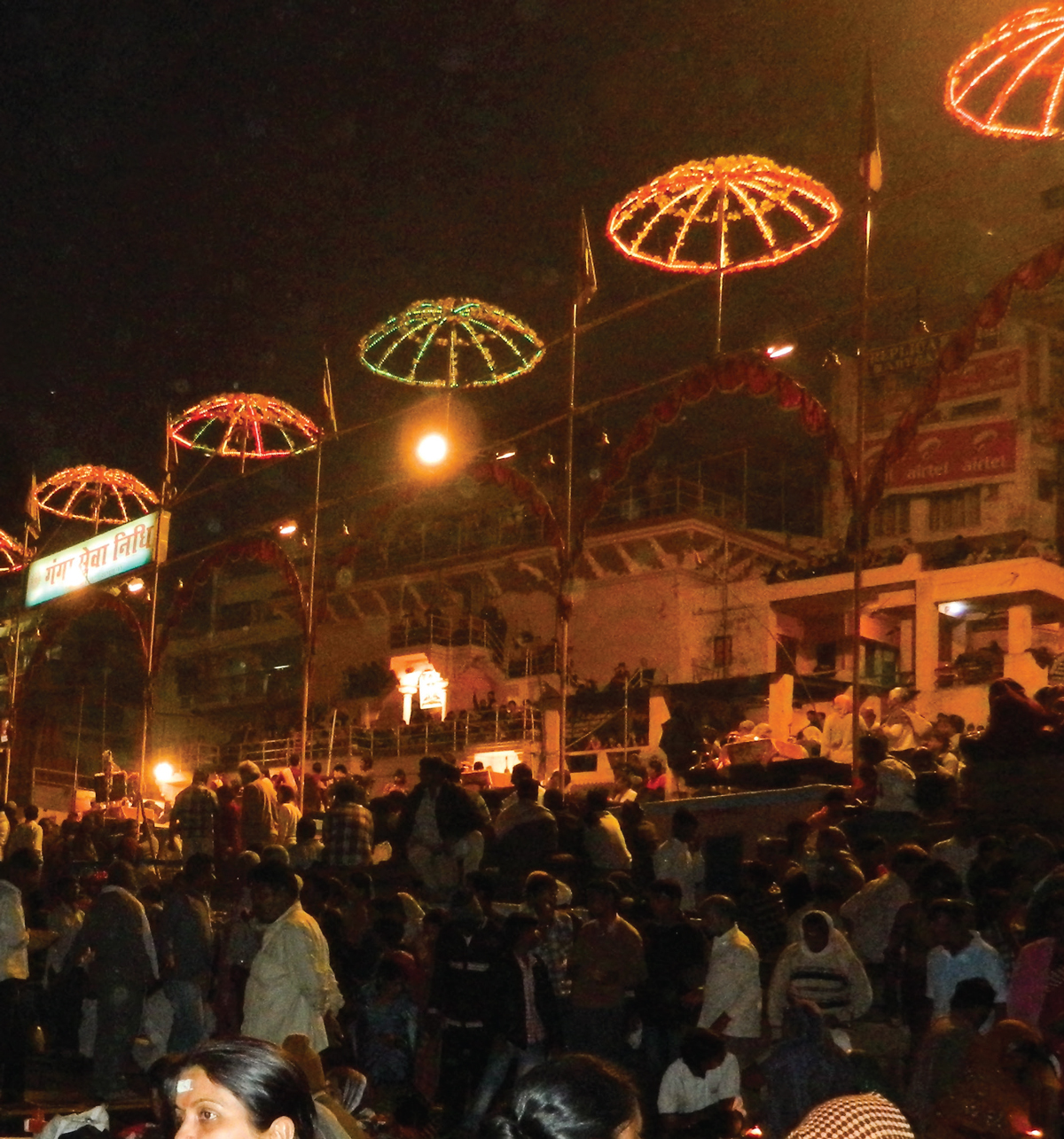 We’ve had some news channels come through our camp requesting to film the rooms we’ve built with ecofriendly bamboo and jute, the attached bathrooms, the flush toilets, the running water and electricity. “Kumbh mein kya vyavastha hai,” (What are the organization and/or facilities?) is their theme and they are effusively impressed with the arrangements here. However, Kumbh is not about vyavastha (organization). Kumbh is about aastha (faith or belief ). It is not the flush toilets or the running water or the carpeted floors that draw people here from every corner of the globe. It is not the smoothly running traffic or the miracle of infrastructure that the state and local governments have been able to implement. These arrangements are merely a bonus, an extra added bit of unexpected comfort. 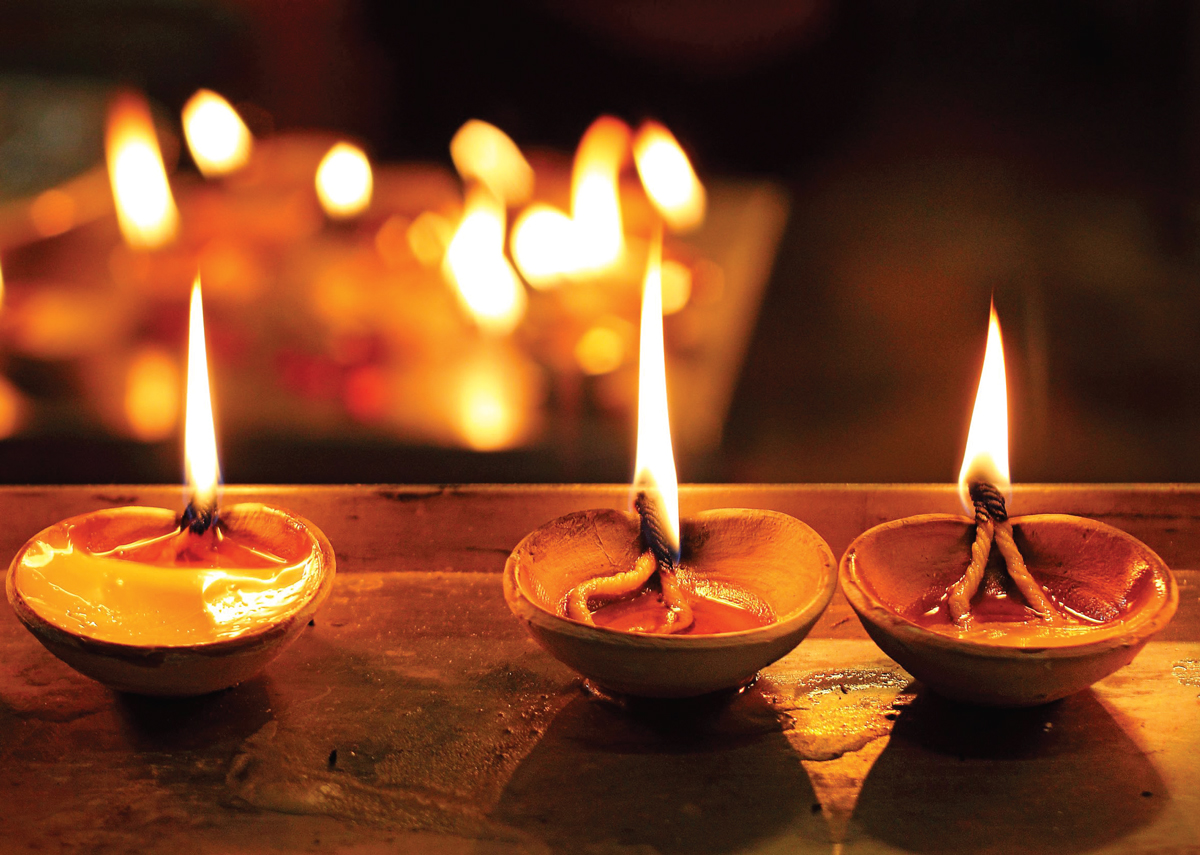 Yes, as people are saying, Kumbh is a miracle of vyavastha. To erect a city the size of New York, Paris and London combined in under sixty days is, of course, a miracle and one whose credit goes to the government machinery. However, the true miracle here is one not of vyavastha but of aastha. You can set up makeshift roads, bring water and run electrical lines anywhere in the world and that does not mean people will come. The miracle here is the aastha, the faith, that reaches deep within people’s beings, grabs hold of their hearts and pulls them—sometimes thousands of miles—from the material comfort of their home to the spiritual comfort of this Mela. It is the miracle of aastha that fills every tent, every plywoodroom, every dirt or aluminum road with people, people who have come to find the true meaning of their lives on Earth.

Sadhvi Bhagwati Saraswati, a PhD in Psychology, was raised in America and graduated from Stanford University. She left the US to live permanently at Parmarth Niketan Ashram in India and took official vows of renunciation in June 2000, from her guru Pujya Swami Chidanand Saraswatiji. Bhagwati teaches meditation and her talks blend knowledge and logic of the West with the insight, spirituality and wisdom of the East. parmarth.org 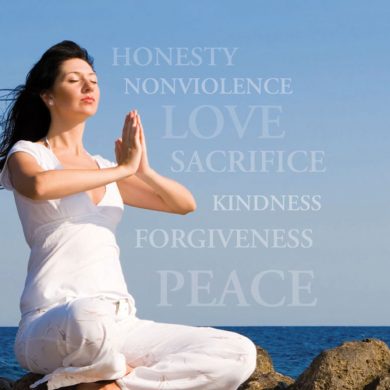