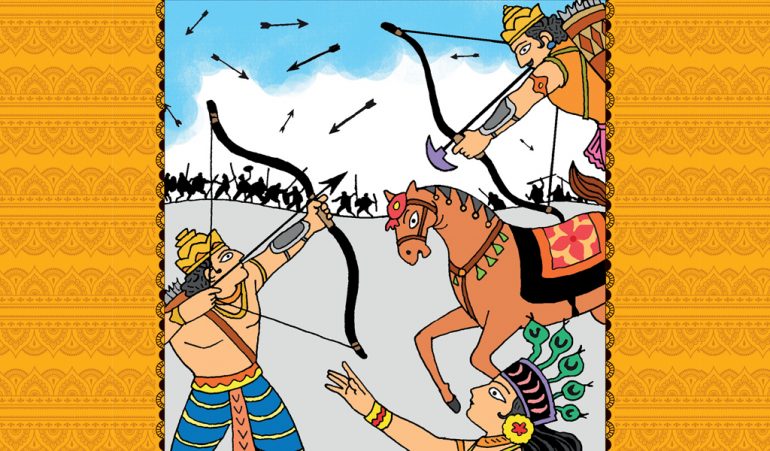 Mahabharat: The Rise and Fall of Heroes

Yato dharma, tato jaya – wherever there is dharma, there is victory. Dharma means to do one’s duty selflessly, not just for oneself but for the good of people at large. This is the underlying theme of all Hindu scriptures. In Mahabharat it is explained more explicitly.

Mahabharat portrays the soul’s journey to enlightenment – the ultimate victory or Jaya – wherein the ego is shed and the soul becomes re-established in its pristine and glorious cosmic source, the Brahm or absolute self. This becomes quite evident in the last chapter of the story where Yudhishthir finally sheds his earthly human feeling of
hostility towards his cousin Duryodhan and then merges into his source, Dharamraj.

Mahabharat is an epic story of conflict between two great families of a great country called Bharat, the Indian sub-continent. The families, Kauravas and Pandavas, had a common grandfather, Sage Vyas, incidentally also the author of the epic. The ongoing conflict between the cousins takes them to the battlefield of Kurukshetra.

The story is divided into eighteen Parvas or chapters. The first, Adi Parva establishes the genealogy of the two families: Kauravas and Pandavas and the context of their rivalries. The next three, Sabha, Vana and Virat Parvas build up to the war. The next six, Udyog,
Bheeshm, Drona, Karna, Shalya and Sauptik Parvas describe the war in detail. The last eight, Stree, Shanti, Anushasan, Ashvamedhik, Ashramvasik, Mausala, Mahaprasthanik and Svargarohan describe the emotional, material and spiritual consequences of the war.

Mahabharat: The Rise and Fall of Heroes retells all the eighteen chapters of the epic in an easy-to-read lively style, complemented by evocative illustrations drawn in a traditional style reminiscent of old times. It is a first-of-its-kind book, where Bansal highlights and weaves the otherwise hidden stories into the main narrative without
disturbing its flow. The result is an engrossing journey for readers
of all ages.

Through its various characters and their stories, Mahabharat shows how each action of ours gets an appropriate reaction. Each character, however big and glorious or small and insignificant, goes through the same karmic journey. The births happen for a reason, so do deaths. To put it simply, the good deeds are rewarded and the bad ones are
punished. If a good person goes through a difficult time, it can be traced back to some wrongdoing of his in one of his previous births. The law of action-reaction works all the time.

What does it mean for a common man? Heaven and hell arise from our own
consciousness. If there are any negative thoughts in our mind, hell manifests. The moment those thoughts disappear or change to positive, heaven manifests. Both arise within us. The choice is ours.

Apart from the epic battle, the most important thing that happened in the battlefield of Kurukshetra was Krishna’s sermonizing of Arjun, which is also known as Bhagwadgita. Before starting anything big we face confusion and nervousness, so did Arjun at the commencement of the battle. Krishna placed the pros and cons of the situation in front
of him and explained to him his duty. Arjun understood. He fought the battle, and won. In fact Krishna and Arjun are the principal actors in the saga of Mahabharat. Symbolically, Arjun can be considered as the soul being guided by God or divine essence in the form of Krishna.

The story of Mahabharat is unbound by time and space. It is happening within us all the time. That is why, according to Hindu belief, Mahabharat is classified as Itihas, which means –it was, it is and it will be.

Did you know that Vyas, the author of Mahabharat, is also one of the important characters of the story? Or that Hanuman, of Ramayan fame, and Bheem are brothers? Or that Bheem fought with Ravana’s brother Kuber? This book, in its 382 pages, unveils many such interesting facts, along with a brief biography of Vyas. Sunita Pant Bansal
concludes the book by explaining the symbolism of Mahabharat in our daily lives. 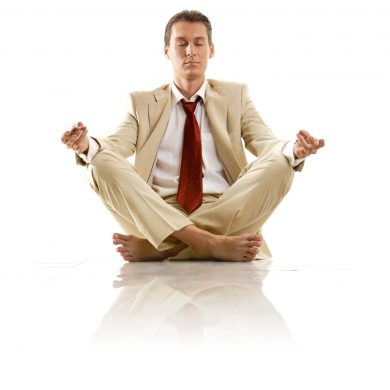