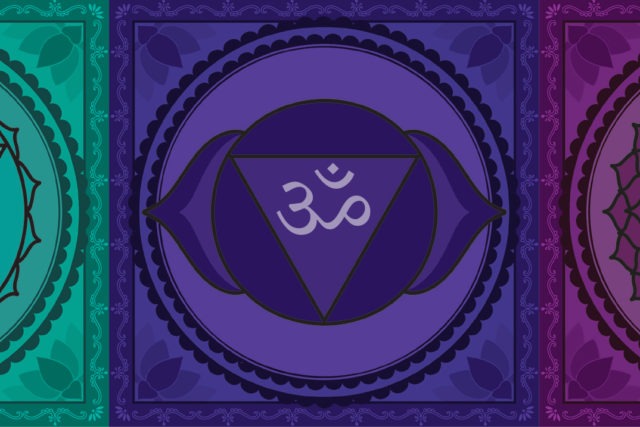 Awakening the Kundalini with Yoga

The Seven Chakras
In the terminology of yoga, there are seven chakras: Mooladhara, Swadhishthana, Manipura, Anahata, Vishuddha, Ajna and Sahasrara. These chakras, when they illuminate with their own respective energies, energize Pranayama (etheric), Manomaya (mental) and Vignyanamaya (mental body) koshas also. If any of these koshas (5 sheaths) have suffered an eclipse from any cause whatsoever, the practice of Pranayama removes the eclipse and enables the chakras to illuminate with full splendor.

Normally, life force (Prana Shakti) flows through the Ida and Pingala nadis (channels). However, when a person performs Pranayama, the cosmic energy (Kundalini) lying dormant in the Root chakra begins to move, and takes an upward course.

Even Western philosophers of ancient times, like Pythagoras and Plato, have stated that there is some cosmic force in the body of every human being located in the region of the navel, which provides enlightenment to the brain, resulting in the development of Divine energy in man.

Awakening of Kundalini & Purification of Chakras
It is unanimously believed by Eastern philosophers that the energy which pervades the entire universe permeates the smallest units of the world including the human body.

However, this energy is located in Root chakra (Mooladhara chakra). On purification and awakening of this chakra, Kundalini takes an upward course. This is called “awakening of Kundalini.”

Like that, when the Kundalini Shakti is awakened, it activates and enlightens other chakras also. When this Kundalini energy begins to take an upward course, the chakras coming in its way also turn their faces upward and become more active. When this energy reaches the place where Ajna chakra is located, the Sadhaka (seeker of wisdom and knowledge, one who practices yoga) attains the stage of Sampragnyata Samadhi and when it reaches Sahasrara chakra, the Sadhaka reaches the stage of Asampragnyata Samadhi and all the fluctuations of the mind become still. In such a condition, the soul begins to realize the Divine knowledge, which is already there in the Chitta (mind, faculty of reasoning and emotions) in a germ form. This stage is called Ritambhara Prajna (pure knowledge).

On acquisition of this knowledge, the Sadhaka attains the final and most comprehensive truth about the entire universe. Nothing then remains to be known to him. On reaching this stage, the Sadhaka begins to experience Nirbija Samadhi and enjoys its endless and all pervading bliss. This is the highest stage of yoga.

When a Sadhaka reaches this stage, all his passion for worldly pleasures retires, and he becomes free from the cycles of birth and death – a stage of eternal bliss, which is called Nirvana in Buddhism and Moksha in Vedic philosophy.

Ways and Means of Awakening Kundalini
In the Siddha yoga tradition, awakening of Kundalini is brought about by a method known as Shaktipata (transference of energy).

If one happens to be in contact of a virtuous sage experienced in yogic methods, his strong resolve may result in the transfer of Divine energy into the body of the Sadhaka, who goes deep into meditation, without any effort on his part. But meeting such an accomplished and experienced sage is very rare. Therefore in the present times, awakening of Kundalini by methods advocated by Hatha yoga assume great importance.

By piercing these chakras the Sadhaka can have a glimpse of Shiva, the creator of this universe in the Sahasrara chakra. In achieving this end, the body is purified by six body purifying methods – postures, Pranayama, mudras, bandhs (locking of organs), etc. Chakras which are soiled with unwanted dirty material can be rendered clean.

On purification of the energy channels by controlled breathing, the Sadhaka acquires the capacity of withdrawing his mind (chitta) from the objects of the organs and becomes absolutely introverted. By meditation, his mind becomes immobile and stops all kinds of fluctuations. Such a situation being attained, the Sadhaka becomes capable of controlling the five elements: earth, water, air, fire and akasha. The human body and the universe is made up of these five elements.

On piercing the chakras, when Kundalini reaches Sahasrara chakra, the soul realizes God, the creator of the universe.

The highest achievement of Hatha yoga is the realization of Shiva, the creator of this universe through the awakening of Kundalini. And this also is the final aim of everyone’s life.

When the Sadhaka acquires stability in an asana (posture), he is able to acquire proficiency in meditation and intense concentration, in which he establishes identity with the Supreme Being, the creator of this universe.

When the Sadhaka sits in a meditative posture, the cosmic energy easily flows through the bunch of subsidiary channels emerging from Sushumna nadi. However, if the Sadhaka is not able to sit with his spine straight, the muscles contract, resulting in the contamination of subsidiary channels by collection of phlegm (kafa) and obstructs the even flow of energy through these channels. Such a situation also obstructs the flow of pranic energy through respiration.

With the practice of Pranayama, the uneven flow of prana is corrected and the Sadhaka attains equanimity. The practice of meditation and Pranayama (breath control) causes indelible effect on the etheric body (pranakosh) of the aspirant, with the result that all the parts of the etheric body get stimulated, circulation of blood also becomes efficient and elements like phlegm get dissolved, rendering vital organs like lungs, skin and intestines, clean.

As a result of this, some strange phenomenon seems to happen and a kind of thrilling sensation is experienced. In yogic terminology, it is known as Pranotthana (awakening of the prana), which is the first step forward in the direction of the awakening of Kundalini.

Moreover, the Sadhaka experiences a dynamic touch, which makes him realize the highest truth behind the creation.

By constant and regular practice, some light is seen in the later period and the final stage of the rise of Kundalini. In this way, by establishing control on the movement of prana by Pranayama, one comes in close proximity of Pranakosha (etheric invisible body). As a matter of fact, all the koshas (5 sheaths) are controlled by the prana. The contamination of chakras and the dross, which covers them, is removed by the practice of Pranayama. This results in the efficient working of the chakras and unimpeded supply of energy to the entire body and all its organs in a manner easily felt and experienced by the Sadhaka.

When the Sadhaka establishes his control over the energy residing in the chakras by constant and regular practice, he is enabled to guide the pranic energy right from the basic chakra to Sahasrara chakra in a manner desired by him. By the regular practice of Pranayama the entire network of nadis (channels through which the energy flows) and the entire course of Sushumna, is illuminated and motivated.

Soul is said to have its abode in the forehead, somewhere between the eyebrows. Its main functionary is the Intellect (buddhi), which helps a person discriminate between good and bad. This Intellect exercises influence on the mind, which illuminates the path of Sushumna nadi.

Regular practice of Pranayama, with devotion, removes the darkness of ignorance and results in the illumination of the whole course of the principal three nadis (Ida, Pingala and Sushumna), including all the chakras right from the basic chakra to Sahasrara chakra.

The lowest of the chakras is the base (Mooladhara) chakra. It can be compared to HOMA KUND (a quadrangular place built with bricks for making offerings). Above Mooladhara chakra is located Swadhishthana chakra (sex chakra), and above it is the location of Manipura chakra (navel chakra). All these chakras are stuffed and surrounded by countless nadis, emitting the sacred sound of AUM (a mysterious sound audible during yogic practice). Above the navel chakra is the home of Anahata (heart) chakra, which when purified and awakened, cures the ailments occurring in the thoracic region, strengthens the heart and regulates its functioning.

In the throat region is located Vishuddha chakra, and above it in the forehead is located Ajna chakra between the two eyebrows, and at the top in the head region (crown) is located Sahasrara chakra (having a thousand petals). In the beginning of the yogic exercise, the Sadhaka becomes aware only of the crude form of these chakras, but with progress in the practice of meditation, secrets of the entire body are revealed to him and the Sadhaka is able to visualize the entire universe.

This center of energy, which enlivens the body and keeps it healthy, emanates from the Sushumna nadi situated in the base of the spinal cord in its seed form, which is lying in a dormant condition, coiled like a serpent.

The aspirant who desires to do cleansing, piercing, and awakening of the chakras should learn the necessary techniques from an experienced teacher who is well-versed in yogic exercises, and who has been successful in awakening Kundalini in his own body.

The following course, done in proper sequence, may enable students to achieve the desired goal: 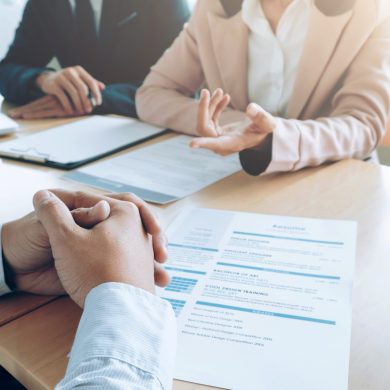