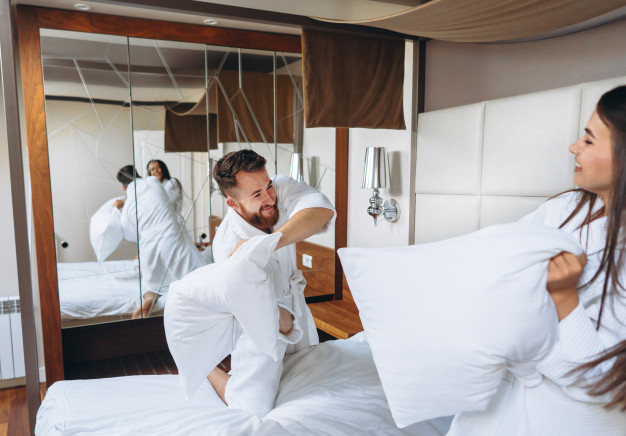 Fights CAN Be Healthy

I was talking to a friend of mine last year. She was complaining about the increased frequency of the fights between her and her husband. Her husband, who also happens to be a friend, confided that he wanted to leave his wife – as the everyday bickering was getting on his nerves. The couple had no children. The husband had a travel agency, which kept him busy till late. The wife was a teacher in a college and was back home by the afternoon. The more fights the couple had, the more the husband started staying away from home. This made matters worse. The wife began suspecting her husband of infidelity. The fights that started from trivial issues of shopping, housekeeping, or socializing complaints, now started acquiring an ugly touch.

When couples fight, the apparent focus might seem to be trivial, but actually it is often about much deeper issues and disappointments. They may say some really unkind things to each other which they would never dream of saying to a friend. The arguments get hostile mainly because both of them misrepresent what they really want to talk about to each other.

In my friend’s case, the actual disappointment was caused by childlessness. Harmony descended on their family only when they adopted a 3-month old baby. The baby made the wife too busy to even think of nagging and made the husband return home as early as he could manage. 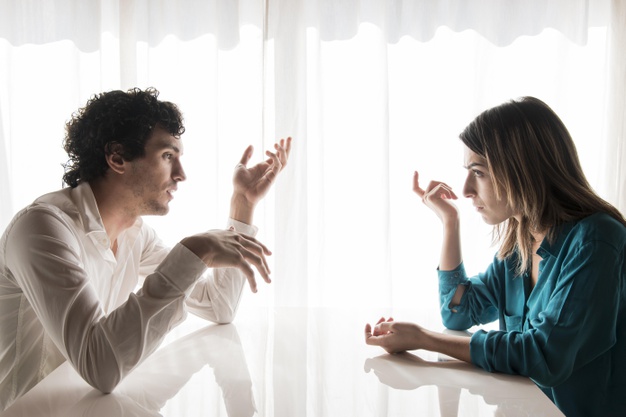 Think of the last few arguments you have had with your partner. Did you resolve anything? Did you feel better or closer to each other afterwards? The way couples handle their arguments can make or break their relationships, yet most of them deal with their vital emotional differences far less well than they handle disputes with strangers.

When a mechanic doesn’t repair our machine or vehicle properly, we get angry but remain in control of our emotions. We stand up for ourselves, get our machine fixed, and leave with the mechanic promising us a better service next time.

Disagreements with our partners on the other hand, more often degenerate into arguments and fights, which lead us nowhere. One of us blows a fuse over something trivial, like not putting the cap back on the bottle of sauce or not taking out clothes from the dryer, or something even smaller. Such fights tend to be more about screaming out our hurt rather than solving problems.

What is really wrong?

It is always more than just daily irritations. It is the overspill of feelings we are too afraid or polite to express. We all have a picture of an ideal marriage and feel disappointed when reality intrudes. Also, it is much harder to be honest with our loved ones, because we are vulnerable. If our partner comes home late, we nag them saying the children miss them when they go to bed, rather than admit that we are afraid they might be having an affair.

Anger is rarely purely emotional. Usually it is fused with resentment, distress or fear, made worse due to the different personalities that couples have. One may believe life to be about personal achievements, the other may be a family person. When couples fight about money, one may want to invest for the future, the other may want to spend it on enjoying the present.

Most people know what’s really wrong, but think that it is not too important to talk about. But not talking doesn’t make anything better. The problem slowly corrodes the relationship. On the other extreme, some couples live in an atmosphere of continual mutual criticism, each struggling to make a point about how things ‘should be’.

Anger can be healthy

Unhealthy anger is either turned out as aggression or turned in as anxiety. In the long run the turned out anger leads to blame, lies, spite, revenge, as well as high blood pressure and ulcers. The turned-in anger leads to fear, resentment, insomnia, irritable bowel syndrome, headaches and depression. Both eventually creates hatred, and in some extreme cases, can lead to violence – even murder or suicide.

Healthy anger, on the other hand, means assertion rather than aggression. Roughly translated, this means: saying what we want and standing up for our rights without hostility. It also means dealing with problems as they arise, rather than letting negative feelings and disappointments build up.

We need to be sufficiently angry, when necessary, to make others stop treading on us, but not so much that we drive them away.

Healthy anger is about plain speaking, problem-solving, compromise and negotiations, and most important of all, making up. As our elders used to advise, we should never let the sun go down in a fight. We should make up using humor and affection, maybe something like, ‘Here we go again!’

Sunita Pant Bansal hails from the Kumaon hills of the Himalayas, a region well-known for its crop of litterateurs. Her forte is decoding Hindu scriptures to show their relevance and application in today’s times. In her four decades of writing career, Sunita has authored hundreds of books for children and young adults on folk literature and mythology. For adults, her genres cover body, mind and soul. 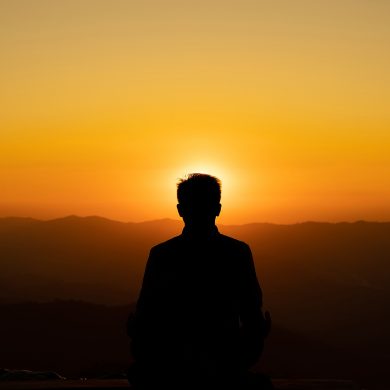 How We Shape Our Destiny
X