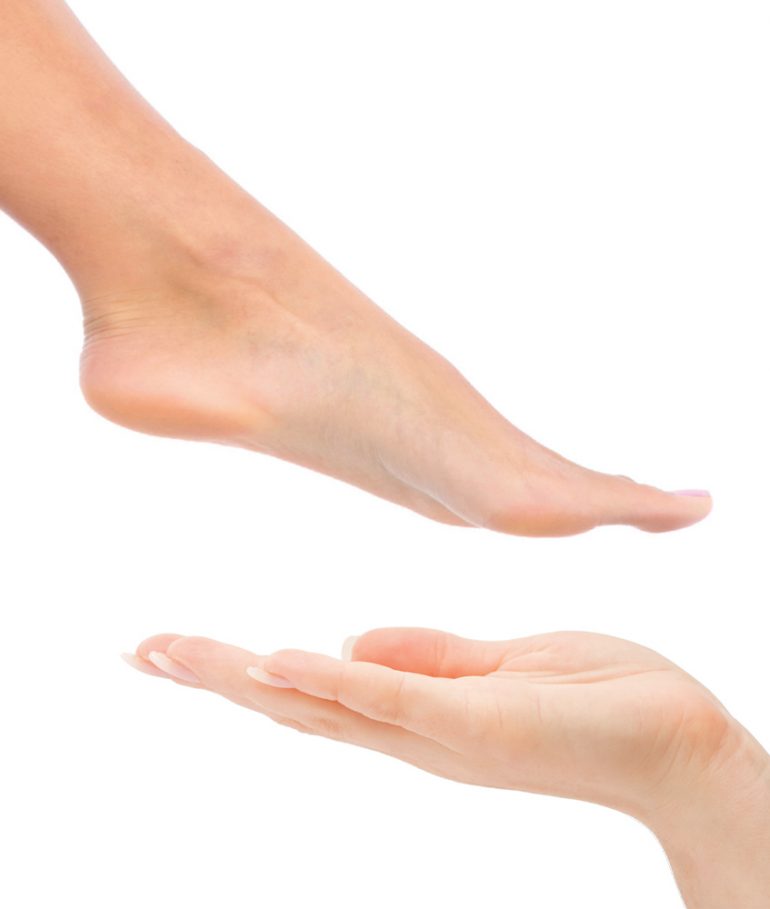 Reflexology: Healing at the Feet

History records that reflexology has been rediscovered and re-introduced from time to time as a therapeutic form, all over the world. Ancient reflexology goes back to the Egyptians, Chinese and the Japanese, way back between 2330 BC and 690 BC. In fact, archeological records reveal the existence of stone-carved reflexology charts of Buddha’s feet dating to around 40 BC! From China, foot reflexology is supposed to have traveled to Japan during the Tang dynasty from where it spread to other Asian regions. In the West, the system began to emerge in the 19th century when the nervous system and reflexes were researched upon. Drs.William Fitzgerald and Edwin Bowers are credited with introducing reflexology in the U.S. around 1913. The system was further developed in the 1930s and the 1940s by Eunice Ingham, a nurse and physiotherapist and it was with the publication of her book, Stories the Feet can Tell, that the therapy gained popularity here.

Reflexology involves stimulation of reflex areas and reflex points located on the palms of the hands and soles of the feet. These reflex areas are located as per the physiological structure of the human body. That is, the left foot or hand would reflect the left side of the body, whereas the right foot or hand would reflect the right side of the body, elaborates India-based therapist, P.W. Selukar. 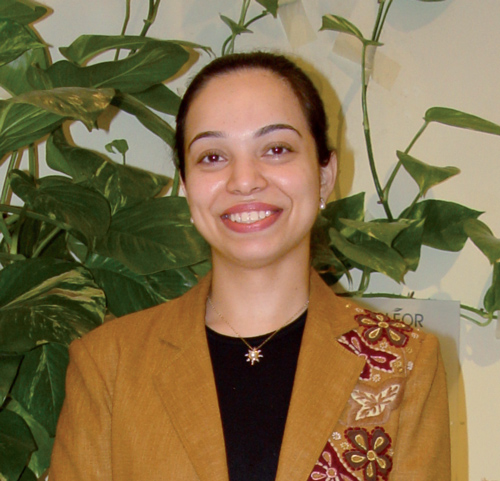 As part of therapy, stress cues, the parts of the feet and hands that show adaptation to stress, are first evaluated. This adaptation is perceived as visual signs such as bunions, knobby toes or calluses. Pain, tenderness, or numbness in the feet indicate the system of the body that is in disequilibrium. Based on these stress cues, and indicators, therapists systematically begin the manipulation process that involves the systematic application of pressure to reflexology points on the hands/feet. This stimulation triggers the body’s ability to rejuvenate itself and thus effect healing, by opening up the subtle energy channels that have become blocked due to emotional and or physical imbalances. The stimulation brings about a physiological change in the body by improving circulation, thus reducing stress and it helps eliminate toxins and bodily waste, thus restoring bodily functions and equilibrium. The healing may take place in a single session or it may require more sessions, depending upon individual conditions.

“Reflexology is a very safe and natural treatment. It only treats the reflex points in the feet that link to the parts of the body, not on the body parts themselves. Its greatest benefit is that it allows the body to relax completely and from this state, all other body processes are able to improve, restoring the body to its natural state. Reflexology is good for most everyday conditions,” says Diana Probert, a Cambridgeshire-based reflexologist.

“Research on the system has shown that reflexology does impact disease and enables quality of life to improve and the manner in which the body works. It augments blood circulation, helps oxygenate all body cells, stimulates the lymphatic system and eliminates toxins from the body, energizes and de-stresses those taking the therapy and it also enables the digestive system to function well as also other systems in the body,” explains Hasan.

Hasan adds, “In recent times, even dentists are using reflexology to good effect. For instance, when they undertake a tooth extraction, they hold on to a certain point on the hand or foot to minimize pain in the oral cavity!”

Reflexology, emphasize the therapists, is not a substitute for conventional medicine; it merely complements allopathy or any other system of medicine. According to them, reflexology is compatible with all other forms of therapy and enables chronic conditions like diabetes, hypertension and others, to be in control, especially if taken recourse to in the early stages, and thus obviate the need for medication.
Hasan adds, “In problems like migraine, for instance, medicines would suppress the problem. But reflexology works to root out the cause of the migraine headache and helps the body to heal itself by boosting the immune system. However, it should not be viewed as a replacement for conventional medical therapy. And as the need arises, medical help should be sought.”

“However, it is inadvisable to have reflexology if you have an infectious or contagious illness. Reflexology tends to have a detoxifying effect on the eliminating functions of the body and the body has already created the illness as a way of eliminating the toxins. Avoid reflexology if you have had recent surgery of a malignant tumor, foot wounds, burns or infection and/or deep vein thrombosis/phlebitis,” emphasizes Probert.

On the contraindications to reflexology, Hasan adds, “We do not advise blood cancer patients to undergo reflexology because it can actually aggravate the existing condition. In other forms of cancer, reflexology helps the patients cope with the problems associated with conventional cancer treatment, especially problems associated with the side effects of chemotherapy. We do not treat people who have infections of the hands or feet and also epilepsy patients. Also, if someone is suffering from a severe condition, we always ask them to get their family physician’s consent for reflexology treatment. If they fail to bring a consent letter from their physician, we do not accept them for therapy.”

Hasan however, advocates reflexology as a preventive therapy since it acts to strengthen the body’s immune system and boosts its healing power, not only to fight infection but enables patients to recuperate from chronic conditions. Since it promotes good health, even healthy individuals can have reflexology sessions regularly to keep themselves in a fit condition.

The touch and contact that is part of reflexology, helps to calm certain emotional and mental conditions also, explains Hasan. Especially in children, therapy can help aggressive, disturbed behavior and bring about calm. Social interaction becomes better in these people and there are behavioral changes that help such people cope better with their external environment. Even normal adults who are quarrelsome or garrulous and who are prone to anger, aggression, can be helped with reflexology, to become calm.”

Probert adds, “Reflexology has been shown to aid relaxation, relieve stress and restore energy. As it aims to restore balance and harmony to the body, it can help to reduce the sideeffects of psychotropic medication and can moderate the highs and lows of mood swings.”

The normal duration of a reflexology session is 45–90 minutes and it is performed with the clients being fully clothed, except for removing socks or gloves, should they be wearing them. Usually a six week course of one session per week is recommended, explains Hasan. “We give a gap of at least 4 days between sessions to allow the body to respond to the treatment, for the detoxification and elimination of toxins to take place. If we go in for another therapy session within 4 days, it is too much for the body to cope with. The number of sessions a person requires depends on the nature, frequency, intensity and chronicity of the problem. There is a profound feeling of relaxation at the end of a session and the duration of time for which this feeling lasts, is a good indicator of the effectiveness of a session. 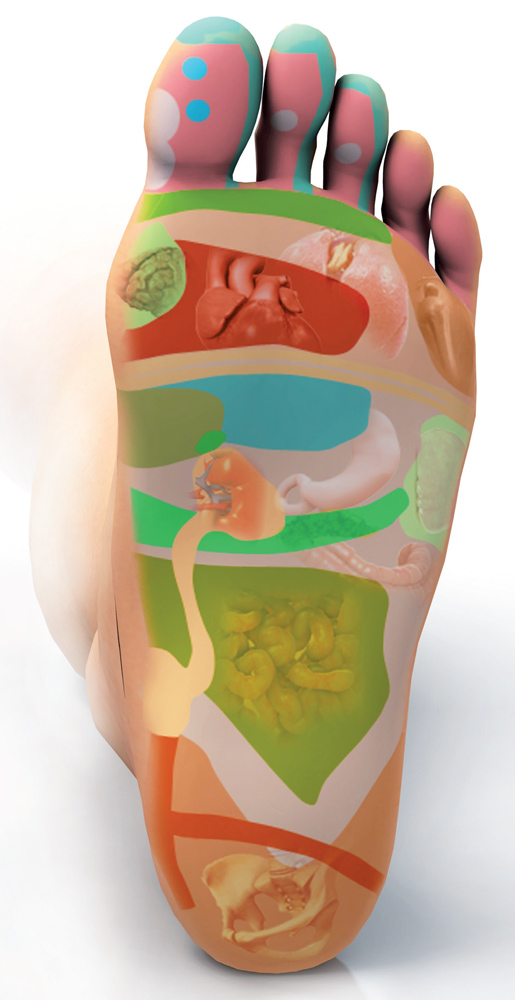 Therapy with reflexology, especially for those who suffer from chronic conditions, needs to be followed up with home care treatment which includes life style modifications, says Hasan. “For example, if someone has asthma, he should abstain from the trigger-inducing factors whatever they be. All individuals, whether or not undergoing therapy with reflexology, should drink plenty of water since this effectively flushes out toxins from the body. Following therapy session, avoid junk food/ oily, spicy food, especially for the next 24 hours. Similarly, go slow with exercise for 24 hours after therapy. Caffeine, alcohol and smoking should be avoided as well. Home care treatment is generally tailor-made to suit individual needs.”

Reflexology can be done practically anywhere and at any time, even while one is at work in office, seated on a chair. While oil or any other form of topical application is not a feature of reflexology, these may be used as optional, depending upon clients’ choice. The therapy is safe for people of all ages and for pregnant women; but some practitioners prefer not to treat women in the first trimester.

However, even during the later stages it is necessary to exercise caution to avoid direct pressure point for the uterus, unless the aim is to induce labor. Therapy when nearing labor is useful since it aids easy and smooth delivery. Reflexology is useful in helping unblock milk ducts of the breast and to restore hormonal balance following delivery and during menopause, reveals Hasan. Probert adds, “Reflexology can be used to help with conception, during pregnancy and in the postnatal period. Reflexology is very successful in the treatment of a wide variety of pregnancy discomforts and conditions. During labor itself, it can be used for relaxation and pain relief. Post-natal, it is excellent for breastfeeding problems, postnatal depression and general relaxation.”

On the Dos and Don’ts while undergoing therapy, Selukar opines, “While a session is in progress, patients should not be in a hurry to be done with it, since the body takes its own time to secrete the necessary enzymes and hormones, and for sensory conduction. Where individuals suffer from a chronic ailment, they are advised not to take a break until completion of the initial six sessions. Further, they should ensure that they keep their soles and palms soft and clean which enables an easy examination and conduct of therapy.” 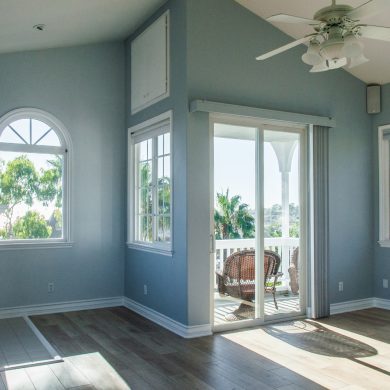 Effects of Missed Corners in a Site
X