Can Love Be Universalized?

That lack may have been even deeper in her, for if she was like many people, she had quite possibly asked herself, “How lovable can God be, anyway: He who allows injustice apparently so to thrive in this world?”

I didn’t bother to remind her that it was surely that boy’s karma to be slain—an explanation which, although valid, if given at such a time would have been tantamount to saying, “He deserved to be killed! ” Yes, no doubt he did deserve what he got, for such is the Law of Karma. It would have been small comfort to tell her so, however, and even less comfort to the boy’s poor mother. Perhaps in some former life the boy actually slew his present murderer. But how could I, at that moment, even hint at this possibility?

One thing I did say was this: “Why not reflect on the many lifetimes it takes the soul to reach perfection? This fact alone, surely, should help all of us to feel deeply for other human beings, fellow-sufferers with us on the same journey. We are all struggling—some of us more consciously than others—towards that common goal.”

Paramhansa Yogananda stated, in his commentary on the Rubaiyat of Omar Khayyam, that the meaning of one quatrain (rubai) is that many of the souls that appeared as separate egos at the beginning of this Day of Brahma (which lasts for billions of years) will still be wandering in delusion at the end of that vast time period. God is manifested, however, in every human being. The Divinity is asleep, as it were, in us all (asleep, that is to say, to our own awareness).

Eventually, the destiny of everyone on earth is to find the essence of his being in God alone. The forms we inhabit, and the qualities we acquire during our sojourns on earth, are often in themselves far from lovable. To hate any form or any quality, however, is to affirm it as a reality to ourselves. The changeless divine essence in all of us is Bliss, which is infinitely lovable.

Both lovable and inspiring is the truth that the desire for bliss is the hidden motivation behind every action, both wise and ignorant. Look upon all beings, therefore, as struggling through trial and error towards their own deepest truth. This was what Jesus Christ meant when he said, “Love thy neighbor as thyself. ” In the final analysis, our true self is the Self of all!

We can see that the murderer too, then, as only seeking, though mistakenly, his own bliss-nature. He will err again no doubt, perhaps millions of times. Love, however, will help him far more on his journey than hatred ever could. And although it is true that hatred and condemnation are necessary goads toward their eventual salvation, love can be their shortcut to that goal. In giving love to all, moreover, we greatly shorten our own pilgrimage to divine union. At the end of everyone’s long road lies that common destiny: the realization of God as Satchidananda— ever-existing, ever-conscious, ever-new Bliss. Through all the soul’s bodily encasements, the ego faces innumerable choices. Whether or not to seek bliss, however, is the only real choice placed before us. Bliss is the right choice, and, next to that, whatever leads towards it. Bliss alone is, universally, the right answer, however late or soon we hit upon it.

That murderer’s error in this life was simply that he thought he’d get what he wanted by giving vent to the disharmony he was feeling at the moment. He’ll learn in time that such release is no solution at all; it merely affirms the emotion, thereby strengthening its hold. That man’s inability to control his temper, like every white-flag surrender of one’s self-control before the forces of evil, will give him nothing in the end but great pain and suffering. Surely we can be compassionate to even the vilest of evil-doers for the sorrows they are self-destined to experience.

Eventually, all souls must reach true understanding, which comes with wisdom. Wisdom, however, lies in a very different direction from that in which most people believe, and seek. It lies not outwards, but in the Self.

There is another very practical reason for us to love everyone: In loving others, we ourselves find happiness! Our first reaction, especially when dear friends hurt us, may be to feel betrayed. This reaction, though natural, fails in not being supernatural. Resentment is an expression of the deluded ego, not of the soul. To feel hurt is a reaction that further involves one in maya (delusion). Those who desire to escape ego-bondage, however, offer every such pettiness up to the Infinite.

If anyone ever hurts you, or in other ways betrays you, ask yourself this simple question: “Is there any reason why I should suffer twice? I’ve been hurt, yes; my peace of mind has been shaken, true; but now let me be practical! Shouldn’t my first responsibility be to my own peace of mind?” We can’t control the behavior of others. They, on the other hand, can’t take responsibility for our reactions onto them. How we feel is our business and no one else’s. By refusing others the privilege of affecting our feelings about anything, we deprive them of any lingering power they may still have to hurt us. Moreover, by denying them any control over us, we ourselves become inwardly stronger, and capable of helping many others.

Accept impersonally, therefore, whatever happens to you in life. If others criticize you, don’t let them affect how you feel towards them. Ask yourself this question: “Is the criticism justified?” If so, why not be grateful for it? In fact, why not thank them openly? (Doing so will take the sting out of anything further they may wish to say on the matter.)

On the other hand, don’t express gratitude too abjectly lest they throw your confession back at you some day in a moment of pique. It would be wiser, rather than admitting their rightness too humbly, to say only (after thanking them), “I appreciate the goodwill you’ve shown in correcting me, and will give the matter sincere and careful thought.”

Refuse to be affected by other people’s opinions of you, or of anything else. Reflect—not cynically, but kindly, and with thought also to your own fallibility—that people are wrong about most things! If they weren’t, they’d probably be at a higher stage of evolution by now, and might even be inhabiting some more highly evolved planet! Even when they are right, remember, everyone makes mistakes, so don’t be discouraged.

We’re all here together in the great school of Life, learning the lessons we need for graduation. In any case, opinions about truth don’t really matter compared to the truth itself. When people criticize you, when they betray you or in some other way hurt you, ask yourself another simple, very practical question: “Who is the captain of my ship?” Be inwardly free! Even if people choose to define themselves as your enemies, why accept their definition as your definition of them? Be calmly settled in your inner Self.

With an attitude of true freedom it is possible to love others no matter how they behave towards you, or towards anyone else. Tell yourself, “My love is my own to give as I choose.” Then ask yourself further, “Am I happier when I love others than when I hold harsh thoughts about them?” This simple act of discrimination will help you see that you are—that all of us are—much happier giving love than in withholding it. For your own sake then, if for no other reason, strive always to be kind, supportive, and helpful towards everyone. Next, if you are sufficiently non-attached, give them love.

If, on the other hand, what they themselves need is a good lesson, what better lesson could they receive than your kindly, or at least impersonal, reaction? If they actually wanted to make you suffer, it will drive them wild to see that their meanness hasn’t touched you at all! Love them now, perhaps, more than ever, for they must need your compassion! The love you give them in return, then, will also be their shortcut to salvation. Remember, compassion is enlightened self-interest: it springs from knowing yourself as the true Self of all.

There is a world of difference, my Guru explained, between enlightened self interest and self-interest that is ego centered. Selfishness and indifference to others is of the ego. Compassion is of the soul: the “self”-interest of enlightenment. 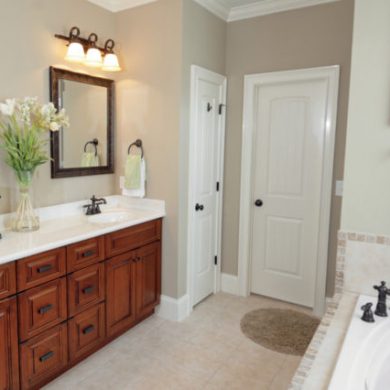