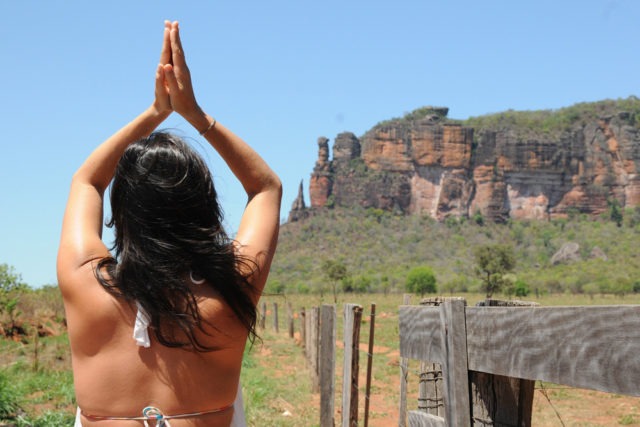 Life should not be a great effort, for in truth, life is the effortless way. As the river flows on, singing its songs to the moving winds and the patient trees, as the river flows on without effort, so must life be lived in an effortless way. Life is given to live, and if we live in the right way, living would be as simple as breathing. Life is “breath,” and life should be as natural, as easy, as uncomplicated as breathing.

Within every man is the hidden soul, the over soul, referred to as the Atman. It is the larger self, the greater self of man. The tragedy for most of us is that we are unaware of this higher self, which is our true self. We live within the confines of the finite self which is a bundle of cravings, desires and appetites. No wonder our lives are cramped and confined. We live in a prison-house of our own creation.

Having become creatures of circumstances, we are swayed by every passing wind of impulse or emotion, and so we live unhappy lives.

One day, standing on his terrace in Karachi, Sadhu Vaswani was watching people walking to and fro in the street below. A look of compassion entered his eyes as he exclaimed, “Prisoners of desire are the people. They move with fetters on their feet! Alas, they know not of their bondage! What maya! What avidya, ignorance!”

Man today has become an explorer in space. He has set out on the outward journey; he has set foot on the moon. His rockets go flying past the distant planets. But when will he learn to look inward? When man sets out in quest of himself, when he finds his true self, the Atman, he will know that he is not a creature of circumstances, swayed to and fro by the passing winds of events and incidents, but a master of life, a co-partner with God in the great plan of creation.

Such a man lives in the world but is not of the world. With quiet eyes he surveys the shifting scenes of this earthly existence. Well-balanced and serene, unblemished and non perplexed, he works as an instrument of God, but is detached from all work. In every situation of life, he remains a master of himself. He is free from the drag of the flesh, free from the pull of desires, appetites, and thirst. In his heart, there is no room for craving. He is a stranger to hatred, fear and anger.

He dwells in the Supreme: he lives in God. Sense objects have no attraction for him. He contemplates truth. God is his centre of gravity. Unlike most of us, who are easily attracted by objects of the senses and who are therefore easily perturbed and in a state of constant worry, fear and excitement, this man has shaken off the yoke of flesh and lives as lord of his senses, not slave to his lusts. And he enters into the peace of the eternal.

He lives in the light. He is a man of few words: and when he opens his lips to speak, there flows out of them a tremendous power of the spirit. He is a man of silence. He is asleep to the things of the earth, its pleasures and possessions and power — to which earthly men are ever awake. He is awake to the truths of life to which men are asleep. The center of his life has shifted from the things of the Earth to God and His imperishable love.

His is a life of sacrifice. He has learnt “to give you the left cheek when you smite him on the right.” He believes in the philosophy of returning not hate for hate but returning love for hate.

Some of us saw this in Sadhu Vaswani. He always returned love for hate. “Why do you do so?” I asked him once. Quietly, he answered, “Each man giveth what he hath. God has given me nothing but love!” Sadhu Vaswani blessed those who blamed him. He prayed for those who persecuted him. He was free from the pricks of desire, free from passion and propensity. He was the very picture of peace; the peace that is attained by those who are prepared to “die daily,” who are ready to bow to God in obedience to the call of sacrifice.

I read the story of a hermit many years ago. In the days of his youth, he lived a solitary life. He lived in a cottage built by his own hands; he worked for a few hours every day and earned his livelihood. And whatever he earned he shared with those in need. He spent a large part of the night in communion with the eternal. He came to be known as a hermit.

One day, a young girl got herself in trouble and became pregnant. She threw the blame on this holy man of God. The parents of the girl got furious. They caught hold of him and led him through the marketplace, flogging him, spitting at him and insulting him all the way. And the people exclaimed, “He calls himself a hermit! He is a wolf disguised as a lamb. Such men have no right to live!”

The hermit was patient in the face of persecution. For every blow that he received, he breathed out benedictions. When he was half-dead, an old man intervened on his behalf, “Why do you want to kill this holy man?”

“A holy man, indeed!” the people exclaimed. “Do you know what he has done, this hypocrite you want to defend?” And the parents of the girl said, “We shall not leave this man unless he agrees to pay for the expenses of the girl and unless someone stands guarantee for him in case he absconds.”

The old man offered a guarantee and the hermit was released. He returned to his cottage saying to himself, “Now Godhas given you a wife and you will have to work hard to provide for her.”

He worked day and night to earn enough to support the girl. But when her time was up, for some days she suffered intense labor pains and could not bring forth the child. Repentance filled her soul and, with tears in her eyes, she confessed that the hermit was innocent, and that the crime had been committed by a young man who was her neighbor.

The parents wondered and the people wondered at the patience of this holy man, who had not uttered a single word in self-defense. And all the villagers flocked to the cottage of the hermit to ask his pardon on bended knees. But where was the hermit? He knew that the people were coming to him, and quietly he slipped out of the village to seek a new home in a place where the people did not know him.

The hermit was a true man of wisdom. As it says in the Bhagavad Gita: “Forsaking all desires, abandoning all pride of possession, selfless and without egoism, he moves onward and enters into peace…the Peace of God.”

One day the hermit was asked, “What is the mark of he who is rich in the wealth of wisdom?” He answered, “The man of wisdom is he who regards contempt as praise, poverty as wealth, and hunger as a feast.”

This too, is the message of the Gita and the Upanishads. Renouncing attachment, rise above the pairs of opposites and remain balanced equally in victory and defeat, in cold and heat, in censure and praise, in poverty and prosperity. But this cannot happen until man is united with the Divine Will, the Atman. 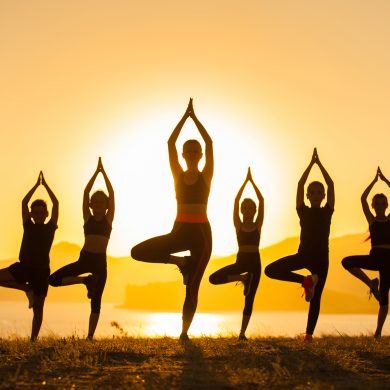