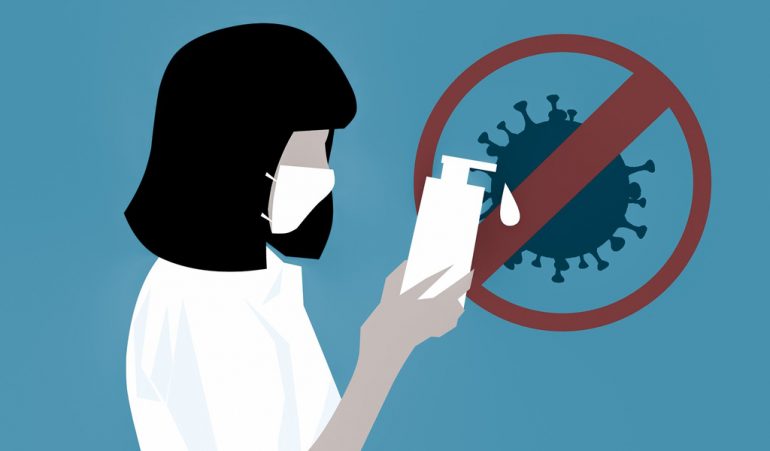 What Is the Best Self-Care during the COVID-19 Crisis?

Self-care should be uppermost in our minds during the COVID-19 crisis, for several urgent reasons. Self-care returns a sense of control over your own life. It gives you an integrative approach to mind and body. It aligns you with the best knowledge currently available about who is more at risk for developing acute symptoms after being infected.

Your immune status is complex, and in mainstream medicine the chief determining factor is traditionally considered to be genetic. However, there are strong links to underlying low-level chronic inflammation connected to lifestyle that is found in most if not all common disorders including heart disease, type 2 diabetes, some cancers, and even obesity. COVID-19 has a mortality rate that increases with age and pre-existing conditions, as we all know by now.

What is less publicized is that the hospitalization rate, which is very high at over 15%, also affects younger age groups even though their death rates are lower. In those who are most susceptible, the virus creates an acute and severe form of inflammation referred to as a “cytokine storm”, which then leads to severe symptoms and respiratory damage, even death. Cytokines are the chief protein mediators of inflammation in the body.
We can use this information about the dangers of having an elevated pre-existing state of low-level chronic inflammation to perhaps offset the possibility of the kind of acute inflammation that puts a person at risk for severe infection and hospitalization. Let me emphasize the “perhaps” caution. The research on low-level chronic inflammation grows by the year and is very significant. You can go to many websites or our recent book “The Healing Self” to discover the kinds of foods and lifestyles that are either inflammatory or anti-inflammatory.

But it is only in the field of integrative medicine that there is a cumulative understanding that anti-inflammation practices need to embrace mind and body. The general public, including mainstream doctors, are more often than not ill-informed of the research that connects meditation and yoga to the benefits of anti-stress, anti-inflammation, and anti-infection. Without a doubt, meditation and yoga have no side effects and are backed by decades of research over their benefits. To this has been added so-called “vagal breathing”, related to the ability of the vagus nerve to induce a relaxed state simply by doing regular deep breathing that equalizes breathing in and breathing out (there are numerous websites providing instructions on this simple but effective technique, which is now a standard recommendation for countering stress).

Biophysical anthropologist William C. Bushell points to the damage created by the body’s own immune defenses. To quote a recent article at Medium.com by Maureen Seaberg, “Bushell says that inflammation is the primary way COVID-19 kills. ‘Spread of the virus through the body leads to widespread and intensive activation of the inflammatory defenses throughout the body, though originally intended to combat the pathogen, but at this point instead resulting in widespread tissue damage, and fatally, to acute respiratory distress syndrome (ARDS), in which the lungs become flooded and respiratory failure ensues; the viral toxins themselves play a much lesser role in the tissue damage that ultimately can produce extreme critical disease states (pulmonary aspiration, septic shock), and potentially death.”

The uncharted frontier is whether chronic inflammation, which is thought to be widely prevalent in our stress-filled, junk food eating, sleep-deprived society, increases the odds that the body might erupt into acute inflammation, e.g. a cytokine storm, when infected with viruses like COVID-19. One can think of this of this storm as a kind of over-reaction by our immune system. The big question is whether low-grade chronic inflammation may set the stage for this over-reaction and increase the odds of a “cytokine storm” in the presence of a nasty virus like COVID-19. Meanwhile, meditation, yoga, vagal breathing, and other relaxation techniques might provide an edge in the current crisis by reducing the chronic inflammatory state of the body. We’ve joined Bushell and other concerned figures, including Michelle Williams, S.D., Dean of Harvard’s School of Public Health, in advising that meditation and yoga (in addition to a healthy diet and ample sleep) be included in front-line efforts against COVID-19.

The public is woefully uninformed about the mind-body benefits of these simple, effective measures, and every model of the pandemic foresees a huge overload on this country’s hospitals. The virus is more contagious and infectious than the flu, and it hospitalizes and kills a much higher percentage of cases. The message about COVID-19 and inflammation is very important. It needs to be received by all of us for our common well-being at any time, but most urgently, now, we all must strive to reduce our base level of chronic inflammation.

Rudolph Tanzi, Ph.D. is the Vice-Chair of Neurology, Director of the Genetics and Aging Research Unit, Co-Director of the Henry and Allison McCance Center for Brain Health, and Co-Director of the MassGeneral Institute for Neurodegenerative Disease at Massachusetts General Hospital. He also serves as the Joseph P. and Rose F. Kennedy Professor of Neurology at Harvard Medical School. Dr. Tanzi discovered several Alzheimer’s disease genes, including all three early-onset familial Alzheimer’s genes, and serves as director of the Alzheimer’s Genome Project. He is also developing therapies for treating and preventing AD using human mini-brain organoid models of the disease, pioneered in his laboratory. Dr. Tanzi has published 600 papers, received numerous awards and was on the 2015 TIME100 Most Influential People in the World list. Dr. Tanzi is a New York Times bestselling author, who has co-authored “Decoding Darkness” and three bestsellers with Deepak Chopra: “Super Brain”, “Super Genes”, and “The Healing Self”. 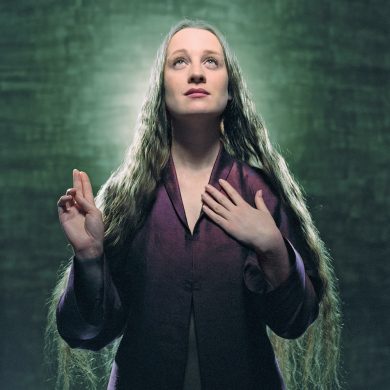 Forgiveness– The Only Answer
X