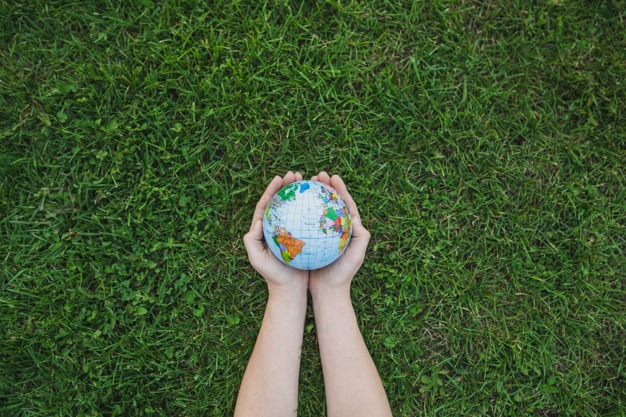 When the world witnesses an unprecedented upheaval in its functioning, then we must investigate the cause behind such an unusual occurrence. Why did such a destructive virus invade our planet and what has it come to teach us? In the process of evolution, there are always two opposing forces working together: the creative force and the destructive force. The destructive force destroys the first state in order for the creative force to give rise to a new state. In the words of Maharishi Mahesh Yogi, “These creative and destructive forces working in harmony with one another maintain life and spin the wheel of evolution. Dharma maintains equilibrium between them. When evil increases in life and the negative forces predominate, the power of dharma restoring the balance, produces sensations of pain and suffering.” All problems, stress, calamities and catastrophes in life arise from collective violations of natural law by a majority of the people. A high concentration of negative forces, without a corresponding balance of positivity ends in massive suffering and destruction of life. This is exactly what is being witnessed on earth today.

The pandemic is like a flashing red light to alert humanity to take a new direction. The remedy advised by every government is social isolation, social distancing. It is as if, as a collective human organism, we are being advised to turn inward, to become more self-referral rather than confining our lives mainly to object-referral pursuits. A predominately outward-directed focus on activity to the detriment of our inner health and well-being has contributed to the present plight of the human species. We must turn inward to fathom and be guided by the message flashing on the cosmic computer of planet earth today.

We must take time to examine the consequences of the hazardous decisions made in the past century which have posed grave dangers to the health of our ecosystem. Human actions have caused global warming, environmental degradation, loss of biodiversity, and ozone depletion. Factors such as excessive deforestation, water contamination, over consumption and exploitation of natural resources have led to this crisis. If we pollute the air, the water bodies, the earth, the food chain, the entire biosphere, then the ecosystem will react with calamities, crises and catastrophes.

According to the Global Assessment Report on Biodiversity and Ecosystem Services – Human civilization has caused the loss of 83% of all wild mammals and half of plants. A 2019 report that assessed a total of 28,000 plant species concluded that close to half of them were facing a threat of extinction. According to Tom Crowther, an acclaimed ecosystem ecologist, scientific studies show that over time, human beings have cut down at least 46% of the trees on earth. Between 1990 and 2016 alone, over 1.3 million square kilometres of forests have been felled. Land degradation is a process in which the value of the biophysical environment is affected by a combination of human-induced processes acting upon the land.

According to an article by Ian Sample published in the Guardian on 31 August 2007, entitled: “Global food crisis looms as climate change and population growth strip fertile land” – It is estimated that up to 40% of the world’s agricultural land is seriously degraded. According to distinguished environmentalist, Vandana Shiva, studies done by the World Wildlife Fund under the auspices of the United Nations, find that 35% of micro-plastics, tiny particles which never biodegrade, found in the earth’s oceans come from synthetic textiles like polyester commonly used in fast fashion. Micro-plastics cause 31% of plastic pollution in the oceans, contaminating waters, damaging ecosystems and destroying wildlife.

The universe reacts to the actions of individuals. Over the past half century, there has been a huge increase in chronic diseases, most of which are caused by lifestyle choices which adversely impact and disturb one’s mental and physical balance.

In the Puranas, a branch of the Vedic literature, there is a story of a fight between the Devas(gods) and the Asuras(demons) to obtain the Amrita or nectar at the depths of the ocean in order to gain immortality. They engaged in a long conflict, churning the ocean in a tug of war. Many divine gifts arose from the ocean, but what also emerged was a deadly poison. Only Lord Shiva was able to drink the poison and save the world from universal destruction. In this story, the symbol of Lord Shiva represents that value of infinite silence, infinite peace – “ShivamShantamAdvaitam” – pure transcendental consciousness, the unchanging, immortal aspect of life. Only by transcending, or referring back to the infinite, eternal, immortal level of life, was the calamity averted and the world saved. After the poison was gone, the nectar emerged and the Devas drank it.

Today, the pandemic is like a huge tug of war between the two opposing forces of good and evil.  The positive forces are struggling to give birth to a new world order based on universal harmony and the preservation of biodiversity, while the negative forces are attempting to keep the world chained to selfish mechanistic, isolationist dogmas. The pandemic’s message for humanity is to turn inward, to transcend and enliven the unified basis of life to emerge victorious in the battle. The silent wholeness at the deepest level of life, the source of infinite order and intelligence must be collectively enlivened.

Maharishi Mahesh Yogi, the founder of the Transcendental Meditation technique, explains the source of collective calamities in this way:

When a boil develops on any part of the body, surgery is, of course, necessary. But treatment to purify the blood is of vital importance. Meeting the crisis on its level is certainly necessary, but a remedy to eliminate the existing tension in the atmosphere must be considered of equal importance, if not more. It is our national duty to alleviate the atmospheric tensions as soon as possible by eliminating the tensions in the lives of every individual. This can best be accomplished by giving the people a simple technique of creating a powerful influence of peace and harmony from the deepest level of their consciousness – by a few minutes of daily practice of Transcendental Meditation.”

This is the time in human history when a collective re-connection to the silent source of life is imperative. The way forward is to find a harmonious and constructive balance between the inner spiritual field of life and the outer material field of life. Transcendental Meditation is a simple and effortless technique to re-enliven our connection to the Self, the source of infinite order and intelligence at the deepest level of the mind.

During this period of lock down, we can also use our time to re-assess our priorities in life. We may want to reflect on questions such as: What is the purpose of life? What am I doing to protect the natural environment? Am I consuming with care? What can I do to contribute to creating a better world?

What we attend-to grows stronger in our life. By watering the root of life, all the branches, leaves, flowers and fruit are enriched. When we are firmly anchored to the infinite stability at the basis of life, the churning of the ocean will not be able to overwhelm us. There will always be some turbulence in the waves of relative life, but we will not be overthrown by it if we become rooted in the silent, unshakable wholeness of the Self. Such a connected-ness will enrich the waves of living, enhancing our ability to make a lasting contribution to create a healthier, happier and more fulfilled world.

Barbara Ann Briggs is a certified teacher of  Transcendental Meditation and author of two books – The Contribution of Maharishi’s Vedic Science to Complete Fulfillment in Life (available from maharishi.co.uk/books) and Pilgrimage on the Path of Love, a novel of visionary fiction (available on Amazon). Her website is: https://barbaraannbriggs.com 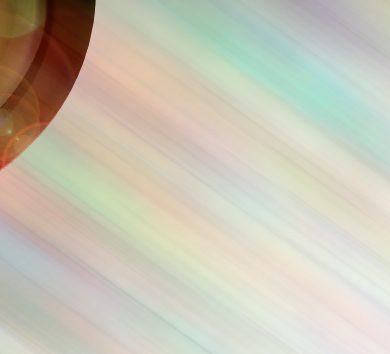