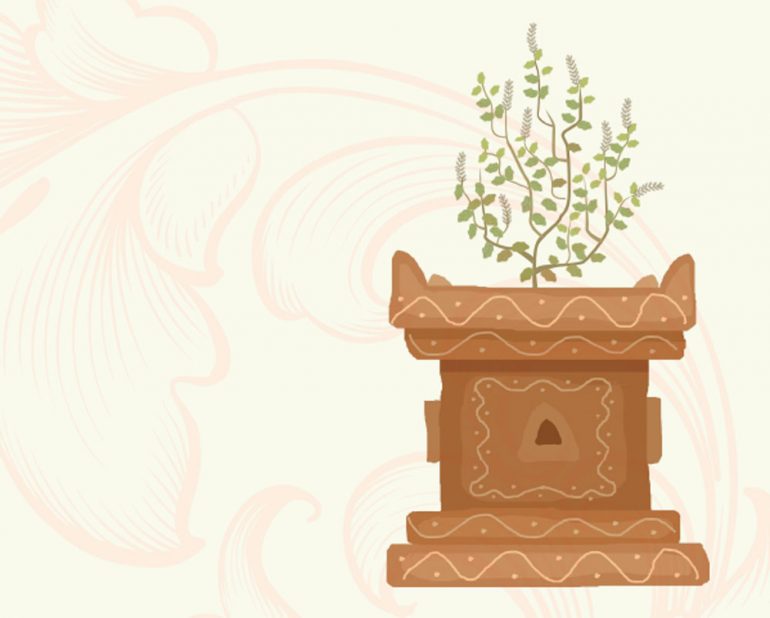 The healing powers of Tulsi (Holy Basil) are tremendous. The leaves, flowers and trunk of Tulsi are used for various medicinal purposes. Tulsi is also considered useful for treating ailments such as jaundice, blood-related diseases, fevers and skin problems. The ancient system of Ayurveda the many virtues and uses of Tulsi.

It also occupies a place of great respect amongst Hindus. The Tulsi plant is often present in the homes of Hindu families and is worshipped every morning. If there is a Tulsi plant in the home, its environment is purified. It also minimizes the chances of harmful elements entering into the home.

Due to the holiness of Tulsi, she is considered the most beneficial in worshipping Lord Vishnu. Lord Vishnu has immense affection for Tulsi, and if Tulsi leaves are not easily available, then a garland made of Tulsi woods can be used.

Skanda Purana mentions the importance of Tulsi to Lord Vishnu:

The offering of garlands, even those made of gold and diamonds or pearl-like flowers, are not enough to please Lord Vishnu in all his sixteen moods as much as a leaf of Tulsi can do easily.

Lord Vishnu keeps away from being worshipped, even with a garland full of virtues. But worshipping him with Tulsi pleases him with the small amount that has been offered. 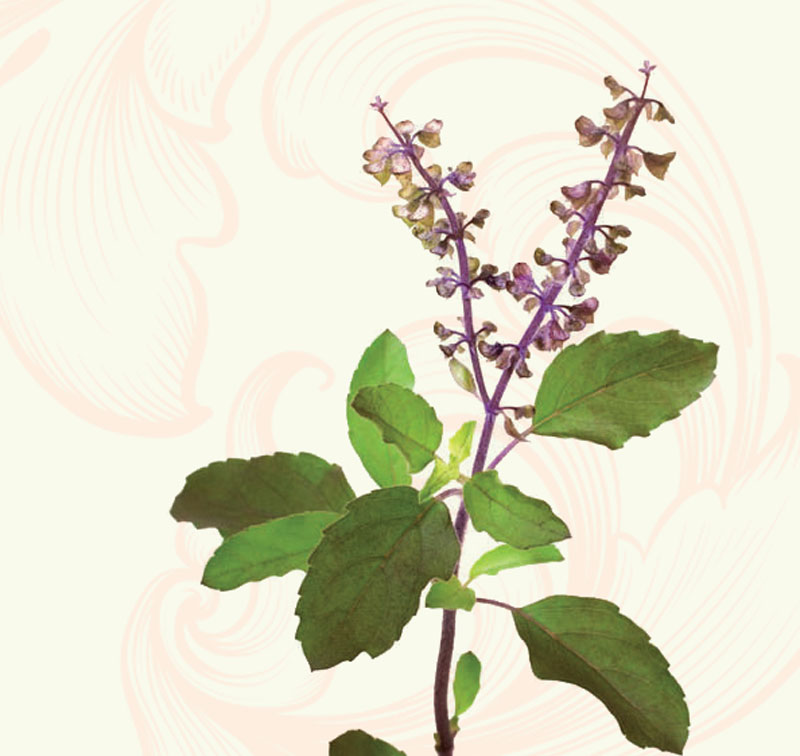 Mythology says that Tulsi was the wife of a demon named Shankhchud. She had great liking for Lord Krishna in her previous birth and had practiced asceticism to find him. Lord Brahma advised her to marry Shankhchud and also disclosed to her that she would marry Lord Krishna in the future. Heeding the advice of Lord Brahma, Tulsi married Shankhchud. After this marriage Tulsi and Shankhchud lived with love. Tulsi was a pious lady. Shankhchud was the master of demons. He wore the shields given by Lord Vishnu. This shield along with Tulsi’s piety had left him ndefeated in wars.

When Tulsi came to realize that she was deceived and that the person before her was not Shankhchud but somebody else, she became furious with Lord Vishnu and cursed him to become a stone. Upon hearing Tulsi’s curse, Lord Vishnu appeared in his actual form and told her that she had offered prayers to him. Therefore she should not repent for what had taken place. He advised her to leave the body and live with him as Goddess Lakshmi. Then he ordained that she would always remain present on earth in the form of river Gandaki and the Tulsi plant. The Lord would always be present near river Gandaki as a stone by the name of Shaligram. Tulsi would be the most pious plant in the entire universe. Prayers to Lord Vishnu would not be complete until Tulsi was present.

It is advised that the person fasting for Tulsi’s wedding must plant Tulsi and worship her for three months before Kartika. Ceremonial programs associated with her marriage should start from Prabodhini Ekadashi of Kartika Shukla. Then onthe full moon day of Kartika month, Strachchhed (a symbolic platform for wedding rituals and a tradition from the Puranic age) is made and four priests start the ceremony by worshipping of Ganapati-Matrikas. Shaligram and Tulsi are seated on a golden or silver seat looking towards the east.

The couple performing this ceremony should sit like ascetics looking towards the north and then they should worship the sacred fire and give away clothes and jewels as alms. After having completed the entire prayer ceremony, food should be taken after offering it to the priests.

One who celebrates the wedding of Tulsi with Lord Vishnu in the established system of rituals is considered a great devotee of Lord Vishnu and will always feel protected.

Chamunda Swamiji is an eminent spiritual healer based in New York. A devout worshipper of Maa Kali, he has learned the immense powers of spirituality. In his mid 20’s, Swamiji embarked on a journey that took him to different pilgrimages and shrines all over India. It was at Mt. Abu in Rajasthan that he received grace of Swami Divya Anand Ji and was initiated by him into the name “Chamunda Swami.” He is a strong believer in the cultivation of purity of thought, mind, and harnessing positive energy from the negative forces around us. www.spiritualvidya.com 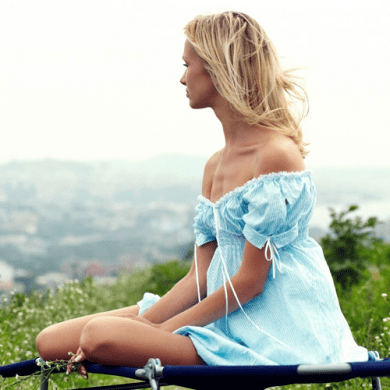