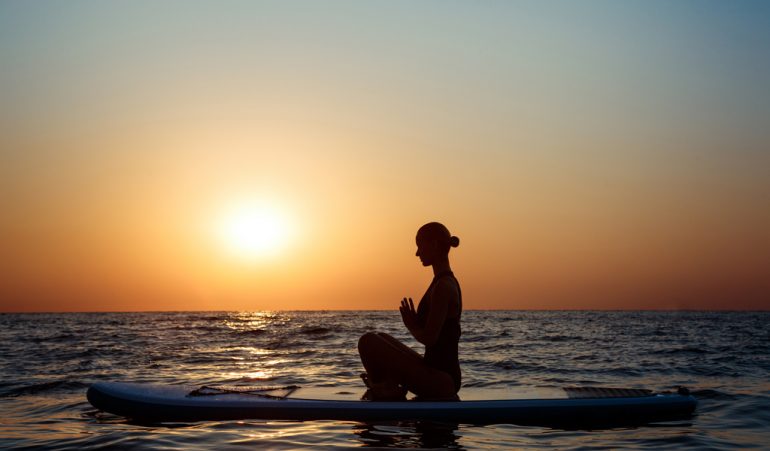 Being an Observer Inside Out

The year 2020 has taken upon itself the challenge to push the limit of ‘trying times’ to new heights. Beginning with the Australian bushfires, killing of an Iranian General striking serious international tension, going all the way to the terrifying COVID-19 pandemic locking the world down in house arrest, so to say. With barely any time to recover from the shock of one event, we were plunged head-first into the next. Anger, fear, frustration, pain seem to define our state of mind more frequently than not off-late.

Emotions: love, hate, anger, elation, pain, fear and an endless list of sensations that wash over you given the situation. They seem to have a life of their own in our minds, with a form so large they engulf us in our entirety. We welcome the embrace of some emotions, while with some others we seem to be locked in a chokehold. At a physical level, these emotions are the work of hormones and neurotransmitters, but what truly is their origin? What brings emotions and thoughts into our minds? Could we possibly free ourselves from the chokehold of negative emotions? Hold on to these thoughts for a while.

To fully grasp the answer to those questions, one must understand the concept of citta, vritti and Nirodha. Citta is the mind in its totality- at the conscious, subconscious and unconscious level; the individual mind as well as the ethereal mind. In other words, the word citta means the mind (in a holistic sense). That is, not just our physical mind (that perceives the world around us through our senses), but also the mind of the ethereal or spirit body, as well as our intuitive faculty (that is available to our innermost level of consciousness). Thus, citta is an infinite ocean, undivided, impossible to define by a single parameter.

Vrittis are ripples or disturbances in the form of thoughts or emotions in the ocean that is citta. Anything that can be expressed is a vritti. Vrittis include correct perception, imagination, sleep, memories, acceptable knowledge or even wrong knowledge or misunderstanding for that matter. And vritti is transient- one moment it is there, perceivable, and the next moment it vanishes, replaced by another ripple; some moments being longer than others.

The relation between citta and vritti is most beautifully understood through an analogy of citta with the ocean and vritti with waves. Citta is reality and the whole truth, the vast ocean. Vritti is a disturbance or wave in this whole truth, but in its substance it is still water. We give form to vritti, make it an object, think of it as a reality, a whole entity, whereas in truth it is nothing but a transient disturbance in the citta, which itself remains unchanged and whole. Vritti has no separate existence. It is, at its core, defined by the citta and not the other way around. When you are sad, it is not that the citta expresses and is defined by sadness, sadness is only a ripple that passes through the citta, a passing sad thought. Intellect alone may not be enough to understand what citta is. It cannot grasp the infinite, as the intellect is only a part of the whole. It can only produce vritti.

Nirodha is the practice of understanding the true nature and relation between citta and vritti, their oneness at the core. It is the knowledge that sorrow, physical and psychological pain and suffering can come to an end without seeking to alter the physical reality, without changing the situation one is facing. Nothing is altered except the understanding of it, which undergoes a tremendous transformation.

Vritti originates in the citta as a reaction to the happenings in your surroundings. These happenings are like the wind that creates the waves out of water in the ocean. They either ebb away just as they come or sometimes are replaced by a new set of vrittis. You must understand that reaction to a vritti passing through the citta leaves an imprint of that vritti in your Karmashaya (an ethereal hard drive so to say), which stores memories of each lifetime, amounting to your karmic balance. In the bargain, a fleeting thought becomes yours and becomes a credit or debit in your karmic record. A person having understood the concept of nirodha will begin to observe thoughts and emotions entering his mind from the point of view of a third person, a dispassionate, detached spectator. He does not try to control his vritti, does not suppress it or eliminate it or encourage it. He is an unmoved, unaffected, silent, non-participative spectator, merely observing as waves enter and leave his citta. This must not be confused with not having thoughts or evading emotions in their entirety. It is in fact the phenomenon of precluding the conscious mind from succumbing to the easy path of seeing vritti as a separate complete reality or as something generated from within or taking ownership of the same.

Nirodha is a state of being, that one must condition themselves to absorb into the very fibre of their conscious thinking, and not just practice for a few minutes every day. Every time you think of a new string of thoughts, consciously remind yourself, these are just passing through your citta. They are not permanent, not yours. Repeat this thought in your mind consciously with every string of thoughts, whether negative or positive.

It is only when in physical form that a spirit can fructify its karma, both positive and negative, exhausting all that is stored in its Karmashaya. The ultimate goal of every spirit (even if you don’t know it) is to attain mukti/moksha and to exhaust the constant cycle of birth, death and re-birth, eventually becoming one with the supreme consciousness. To move towards this objective, one must ensure that while stored samskaras from past lives fructify, no new karma is added to the Karmashaya. And for this, the practice of Nirodha needs to be developed and preferably mastered.

Each individual possesses an aatma within. The aatma is energy, which is in fact, part of the universal energy. To evolve spiritually, it is this energy and one’s aura that must grow. As it grows, the intention is to connect to the core aatma within us, creating complete harmony of energy at every level. When the mind identifies with vrittis, the ego sense takes ownership of the thoughts and everything they are about.These thought waves cause us to identify with the mind and ego sense which are the delusionary aspect of our self-identification, maya. They hide from us our true reality, the aatma, and superimpose on the consciousness of the aatma leading us to a sustained delusion. In the inability to practice nirodha, one invests energy into each passing vritti, depleting your aura as it passes. Vritti, if you allow it, creates discord and conflict between the aatma and the physical self, disrupting the synergy. Instead of growing your aura, you begin to lose energy. The intellectual mind reflects the vrittis as they pass through the citta.

“Emotions are a symbol of humanity”- nothing could be more accurate than this widely established cliché. Emotions are a trait of the physical realm, of humans, in flesh and bone. In order for the soul to evolve however, it must rise above the physical existence and its traits. The fuel to propel this ascent is Nirodha.