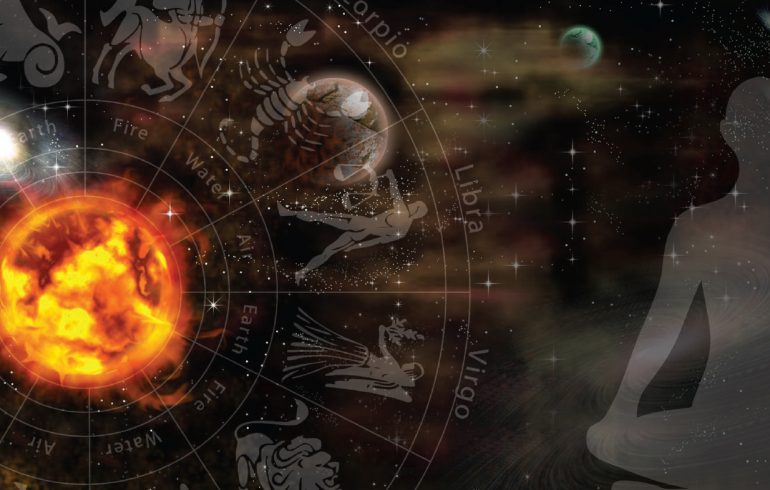 Astrology and the Divine Universe

Vedic Astrology is a science. In the Western world this concept is hard to swallow, even for those who practice yoga and tend to “believe in” these types of things. When we compare astrology to serious Western sciences, like medicine, physics or astronomy it doesn’t seem to measure up. The skeptical mind may think “there is no connection between the movements of heavenly bodies and events on Earth,” or “there has never been a scientific study that proves causality between the movements of planets and events on Earth. ” Yet, the skeptical mind is wrong.

The relationship between heavenly bodies and life on Earth is undeniable. In fact such statements reveal just how deeply disconnected we are culturally from the universe, and the earth that we inhabit. Amazingly, somehow we have forgotten the most fundamental reason of life on Earth – because of the Sun and the Moon. This is science. Every being that lives, has ever lived and that will ever live is powered by the mighty Sun. If the Sun were to explode or stop shining, everything would be dead immediately. When you think about this fact, it is staggering.

Consider for a moment every being that has ever lived – that includes every plant, every insect, every human, every bacteria, microbe – everything. Each of these beings has throbbed with the pulse of the Sun. Not just physical bodies on Earth, but also every thought, every inspiration, every act of photosynthesis. Everything that has ever happened on this Earth has happened due to the power of the Sun. As soon as the Sun stops shining, everything is dead. Game over.

But we need more than the power of the Sun for life. We need the creative principle of the Moon as well. If there was just the Sun in the sky, but no Moon, the power of the Sun would be inert. It is the Moon traveling around the Earth that gives rise to the weather patterns, the regulation of the tides and the seasons on Earth. This gravitational, magnetic activity is what gives rise to the multitude of life forms here. If the Moon were to fly out of its orbit tomorrow, life would disappear from the Earth very quickly.

We owe our lives every second to the Sun and Moon. They represent the archetypal masculine and feminine forces in our mind and consciousness here on Earth. 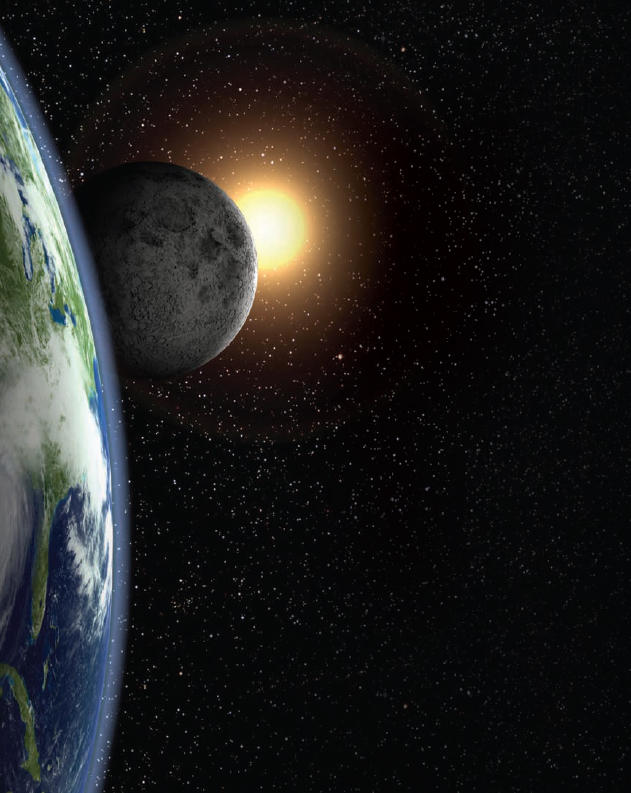 Skeptics will say “But just because the Sun and Moon give life on Earth to our physical bodies, that doesn’t mean they have dominion over our mind and consciousness.” Astrology can only be understood by exploration and inquiry. Astrology is not a belief system; it is a course of study. Once a person starts studying astrology and looking into it for themselves, they will see that it works. Astrology is consistent, time-tested and accurate. But one will never know unless they see it working for themselves.

Healthy skepticism is very important. We should not believe in anything, including astrology, if it doesn’t make sense to us. We should approach astrology with a skeptical, but inquisitive mind, as we should approach everything that we are not sure of. But unfortunately skepticism can become cynicism very quickly if we are not observant. When this happens, rather than our natural skepticism provoking a deeper inquiry, which expands our vision of the universe, our skeptical mind prevents inquiry, which diminishes our vision of the universe.

We are an embodiment of the universal life force that comes down through the planets. The planets are not just a bunch of big, dumb rocks. They have been in their orbits, carving out their energetic patterns in space much longer than we have been here on Earth. They will be there long after human beings are gone. They are timeless, eternal entities.

Vedic astrology is deeply connected to Yoga, the Chakras (energy centers), Sankya philosophy, Vedanta and the other energizing factors in Eastern thought. In fact, all of the Hindu deities are but personifications of planetary forces. The great seers (rishis) who wrote the Vedas, and other spiritual texts, knew the nature of the human mind. They also knew about the celestial forces here on Earth. They knew that human beings would have a hard time getting their mind around the planets and heavenly objects so far away from life on Earth. So they personified the universe and planets as deities with faces, beautiful stories and powerful symbols for our mind.

The symbol of Shiva and Shakti is but a representation of the Sun and the Moon described above. Shiva is the disembodied, eternal power within – but this power is inert without Shakti to create life. Everything refers to universe – the divine, cosmic entity that creates beings and experiences. After all, what else is there but the universe? Everything that has lived and that will ever live will live in this multidimensional universe. The divine quality of life in the universe comes from the planets and stars.

“We owe our lives every second to the Sun and Moon. They represent the archetypal masculine and feminine forces in our mind and consciousness here on Earth.”

Below are the main principles and evolution processes of each planet. These are the forces of life that form and operate through us here on Earth.

The luminous quality of life comes from the Sun. The Sun refers to the oneness of everything. Not the oneness of ego, but that of self joined with all selves. There is only one self. A life of dignity that expresses our authentic self is the goal of the Sun. Burning off the impurities of the ego and lower forms of worldly power is his ultimate goal. The clarity and focus to endure life’s setbacks without losing our vision or veering off course is important. This consistency of vision eventually leads us back to the source, the self of all within us.

The evolution process of the Sun leads us from physical power and fitness through the body, to worldly power as a father or through the career to one who is an inspired, truth seeker.

The capacity to receive, feel and integrate comes from the Moon. A life of heart-centered connection and peace of mind is the goal of the Moon. Dismantling our emotional, protective strategies with vulnerability and courage gives rise to the innocent, perceptive mind of the present moment. This purity and innocence refers to the core of selfless love and peace we are becoming.

The evolution process of the Moon leads us from seeking psychological comfort to worldly connections as a mother and caretaker to embodying the divine mother and the qualities of selfless love Mars The capacity for strength and the ability to put our principles into action, not just talk about them is the nature of Mars. Actions speak louder than words; they are the truest measure of our strength of character. The discipline and courage to face the true enemy, our own ignorance, is where Mars is leading us. Anger is not the deeper nature of Mars. It is frustrated discipline that causes us to act out of anger.

The evolution process of Mars leads us from fighting to strengthen the physical body to surmounting external challenges and conflicts to the disciplined yogi, courageously facing our deepest self.

The capacity for flexibility and discrimination and the ability to adapt to new situations and ways of thinking are the highest qualities of Mercury. This flexibility and openness of the mind leads to higher forms of discrimination. Organizing the input from our senses and the many details in life is what Mercury does. We can become overwhelmed by the details or organize them in a way that leads to proper understanding about life and our mistakes.

The evolution process of Mercury leads from excessive stimulation through bad influences, to pursuing a life of worldly fun and enjoyment, to a playful detachment from life’s drama that leads to a renaissance of childlike wisdom. 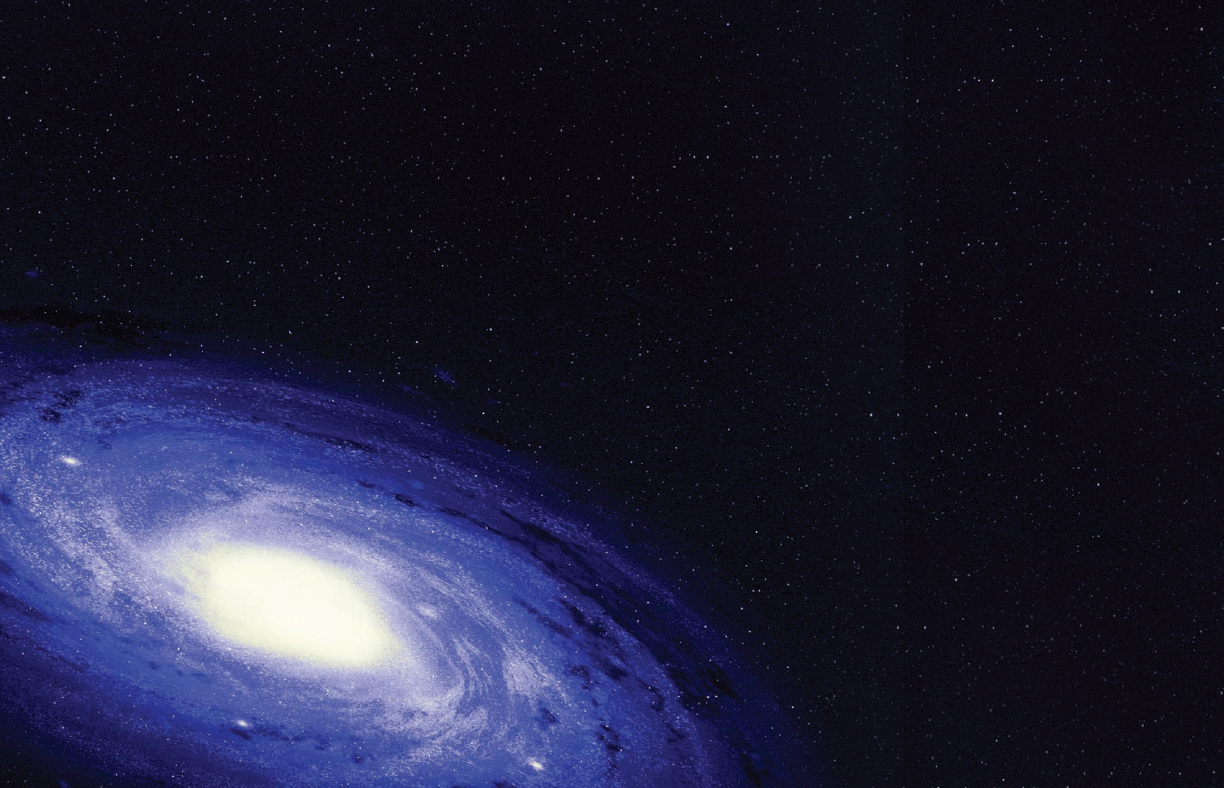 The capacity for expansion and growth is the domain of Jupiter. Whether in the form of children, money, worldly or spiritual teachings, they are all related to Jupiter. His influence fills us with hope and leads us to wisdom. The abstract nature of the mind is his domain. All external, tangible forms of growth are an attempt to merge with the abstract concept of “growth” itself. We all want abundance in life and Jupiter shows where our greatest abundance lies – in the material or the spiritual.

The evolution process of Jupiter leads from excessive material growth and attachment to an over reliance upon man-made, worldly philosophies to a mind filled with the highest, universal wisdom.

The capacity for happiness and joy is the domain of Venus. In many ways she has what we all want. Good food, sex, friends, experiences. Yet chasing Venus pleasures can deplete out energy if we are not careful. The capacity to appreciate sensual pleasures, other people, and life itself is a deeper quality. This appreciation gives us the capacity to honor other’s wishes and happiness as equal to our own. Once we can honor one person, we realize that we can honor everyone, everything and eventually all of existence. The remarkable transformation of our selfish quest for pleasure, becoming devotion to God, happens through Venus.

The evolution process of Venus takes us from excessive sensual gratification to romantic, desire filled love and worldly forms of beauty to the path of service and devotion to all of life and God.

The capacity for solitude, facing our fears and letting go of things comes from Saturn. He exists at the edge of the visible solar system. As such, he marks the limits of time and space we must respect here on Earth. How we deal with those boundaries is the realm of Saturn. The grim realities of life lived through the body are his domain. Yet, they do not have to be grim. His Sanskrit name is “Shani,” from which “Shanti” (peace) is derived. We only have as much peace as we are able to let go of things and face ourselves truthfully.

The evolution process of Saturn takes us from excessive physical worry and material accumulation to ambition, achievement, control and power, to a peaceful solitude without fear and loneliness, where we make peace with the endings in life, including death.

“Everything that has lived and that will ever live will live in this multidimensional universe. The divine quality of life in the universe comes from the planets and stars.”

The portals into our past and future incarnations are shown by the nodes. They are literally the eclipse points, where the Sun, Moon and Earth line up in the same plane of threedimensional space. The North node of Rahu is the ascending field of karma – where we are immature in this lifetime and striving toward something new. The South node of Ketu is the descending field of karma – where we are experienced in this lifetime and striving for perfection. These are mysterious forces that churn our subconscious mind. This churning awakens confusing energy that gets us moving in a certain direction that fulfills the karmic necessity they govern. The evolution process of Rahu and Ketu depends on many factors in the specific chart being assessed.

Everyday people all over the world stay connected to the celestial influences shown by astrology. An astrology reading helps with making important life decisions such as relationship compatibility, new business ventures, marriage dates, or simply delving more deeply into the meaning of your life. Astrology is the study of the divine universe that created you and everything else.

Sam Geppi a certified Vedic astrologer, Hatha Yoga instructor and teacher through the American College of Vedic Astrology. He specializes in relationship astrology and authored the book, “The Ascendant – 108 Planets of Vedic Astrology.” He has developed Stellar Relationships – a new approach based on the timeless principles of yoga and Vedic astrology, to help individuals and couples in their partnerships. www.vedicartandscience.com 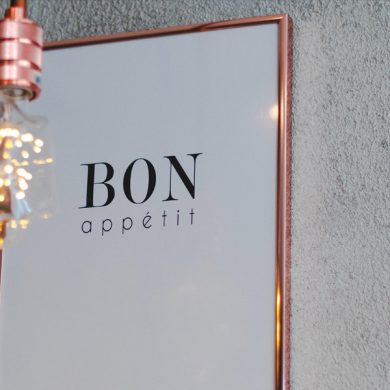