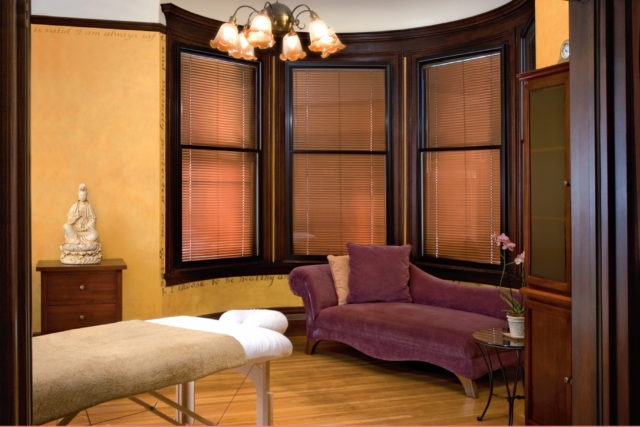 Facial Rejuvenation Acupuncture: A Brief History
FRA dates back to at least 960 AD during China’s Song Dynasty, and was known as Meirong, which translates to beauty, or cosmetology. The principle behind this ancient healing art is obvious and time-honored: beauty comes from within. Aside from improving the face’s natural color, acupuncturists and clients assert that FRA also diminishes wrinkles and promotes collagen production, which reduces the appearance of sagging skin. It does so, by taking advantage of some powerful traditional acupuncture points that have been used for millennia to improve energy, relieve excess fluids, overcome painful conditions, and restore overall health and harmony.

Diagnosing the Body by Treating the Face

FRA offers a non-surgical, non-invasive method of visibly reducing signs of aging; by boosting circulation and restoring balance to the body – the technique can repair the sort of cellular damage that’s directly connected to the aging process. The technique typically comes with a lifestyle consultation. After a client shares his or her concerns with their therapist, needles are utilized in specific areas of the face, scalp, hands, feet and legs to increase blood and lymph flow, and to strengthen the immune system.

“Facial rejuvenation acupuncture is based on Chinese medicine’s theory of body imaging, which states that every organ of the body is represented on the face,” says acupuncturist Bina Jangda, who works out of San Francisco’s Still point Wellness Center. This also includes a person’s endocrine system, circulatory system, central nervous system, and other crucial functions of the body, which can all be perceived on the face. In fact, acupuncturists specializing in FRA can often link lines and furrows in the face with stress and imbalance in other areas of the body. Specialists also relate the muscles of the face to particular human emotions, so according to Jangda, understanding the role of facial expressions, in conveying both emotion and disposition, is key to the practice of FRA.

“While dermal fillers and Botox can temporarily lift sagging flesh or fill in unsightly lines, they don’t change how the body fundamentally reacts to stress, because you are treating the problem superficially rather than constitutionally,” says Jangda.

Acupuncture as a Natural Alternative to Botox and Dermal Fillers

While FRA’s effects are not simply confined to the face (in fact, acupuncture points all over the body are chosen, based on individual diagnosis), needles inserted into the face affect collagen and elastin production, which slow down considerably in a person’s late twenties. Both proteins affect the durability and elasticity of the skin, which are degraded by prolonged sun exposure and aging; however, acupuncture offers a viable natural method of stimulating cell regeneration.

‘‘While dermal fillers and Botox can temporarily lift sagging flesh or fill in unsightly lines, they don’t change how the body fundamentally reacts to stress, because you are treating the problem superficially rather than constitutionally,” says Jangda. Additionally, while Botox and dermal fillers only target small, specific areas of the face, FRA’s rejuvenating effects can be seen all over one’s face. Of course, unlike invasive plastic surgery, acupuncture cannot straighten a crooked nose or change your bone structure, but it can improve your appearance while providing overall health benefits and maximizing your inner vitality. Even if after reading this, botox is still your preferred method, be sure to do your research into finding a reputable clinic and qualified doctor who will be able to perform this treatment in a comfortable environment and gives you the results you’re after.

Tamara Hutchins, a licensed acupuncturist and founder of the Zen Redhead Facial Rejuvenation Acupuncture Clinic in Denver, Colorado, tells patients who are contemplating plastic surgery that FRA is a method that will place their skin at an optimal level.

“After the facial acupuncture, the patient knows truly what their skin is capable of looking like, naturally. And if patients decide they want to undergo a surgical procedure, facial acupuncture helps them heal faster and look more natural,” says Hutchins.

Getting a Treatment, Enjoying Its Benefits

While the sensations aren’t always pleasant, particularly if you’re nervous around needles, FRA definitely beats the pain of dermal fillers. Any acupuncture procedure can be accompanied by some discomfort, but less discomfort than, say, getting a shot.

A treatment is generally an hour and a half at a time and entails placing needles into the ears and face, in addition to other points on the body. “The points used are both motor points and points specific to each patient’s unique symptoms—under-eye puffiness, furrows, clenched jaw, etc.,” explains Hutchins.

While the technique doesn’t vary too much from one acupuncturist to the next, some of the add-ons may differ. Jangda herself prefers to mix modalities—using a combination of essential oils, Chinese topical herbs that tone and soften the skin, and micro current therapy (a technology that tightens muscles and prevents lines and wrinkles, without causing injury to the dermis).

Throughout treatment, other physical symptoms that a client may be experiencing will also improve. FRA treatments can improve hormonal balance and delay the graying of hair, as well as hair loss associated with aging. Clients may also notice better quality of sleep and increased energy, as well as improved digestion and metabolism.

Improvements are often seen after the first treatment, but it usually takes at least seven or eight treatments to realize lasting benefits, according to Jangda, who recommends a series of 10 weekly treatments for patients, and maintenance “tune-ups” every three to six months depending on the extent of aging signs. Impatient clients may want to see their results right away, but Jangda says that the effect is cumulative and usually most dramatically felt after a series of treatments.

In most Western cultures, people don’t pay a visit to their doctor until they are actually diagnosed with a problem; however, acupuncture has always been most effective as a preventive tool. Accordingly, says Jangda, FRA is best used as an anti-aging tool when coupled with a preventive perspective. “Someone who gets this done at the age of 35 is more likely to achieve quicker, longer-lasting results than someone who comes in at the age of 65, because it doesn’t take them as long to re-train their muscles,” she explains.

While facial acupuncture is a treatment that’s quickly being picked up by spas and acupuncturists around the country, skeptics question its potential as an anti-aging therapy. Many therapists are certain that as the healthcare industry evolves to accept time-honored alternative health modalities and honor patients’ wishes to be treated with a more holistic approach, the attitude toward acupuncture will also change. But for the time being, the benefits still outweigh the drawbacks, especially when you consider the cost effectiveness of the treatments.

“Depending on the practitioner and the geographic region, facial rejuvenation acupuncture will cost $150 to $250 per session. That’s about the cost of a facial and a massage. Add up the 10 sessions, and it’s still only one tenth to one fifth of what it costs for plastic surgery,” says Hutchins.

Given both the cost and the potential health hazards associated with Botox and dermal fillers, foregoing the “quick fix” in favor of a treatment that is sure to spread its benefits throughout the mind and body will be a more favorable option for clients seeking vitality and wellness rather than a mere cosmetic procedure. Additionally, freedom from post-treatment downtime and the lifestyle changes that are often part and parcel of facial acupuncture will make the “original face lift” a key component of mindful seekers’ quest for ultimate renewal. 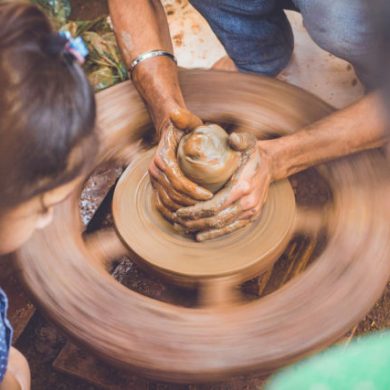 The Dance of the Pot
X