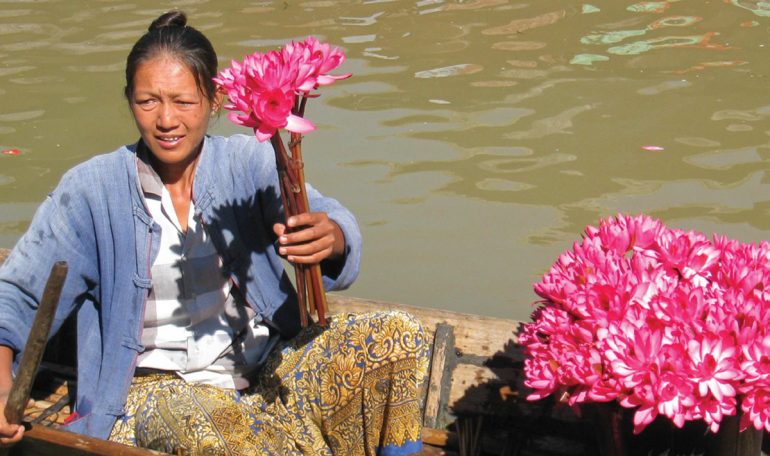 Myanmar is a hauntingly beautiful place. Every time I close my eyes and think about it…I just see lotuses everywhere…and I make an offering of them to the Buddha. Myanmar (Burma) is many more things too but that’s the image that has stayed with me. Myanmar is famous for the exquisite red rubies that come from the Mogok mines; Vipassana meditation; the courageous Nobel prize laureate Aung San Suu Kyi; Mandalay – the last bastion of the colonial British; and of course Bagan (Pagan), on the banks of Irrawady river – a township of Buddhist temple ruins.

When I saw a picture of Bagan (Pagan) for the first time in a coffee table book, it was etched in my memory. Bagan (Pagan) is regarded alongside the temple complex of Ankor Wat in Cambodia as one of the most important archaeological and cultural sites in Southeast Asia. It is a dense sacred complex of 2,230 temples and pagodas. In 1882, the renowned adventurer Sir James George Scott wrote the following description: “…the whole place is thickly studded with pagodas of all sizes and shapes, and the very ground is so thickly covered with crumbling remnants of vanished shrines, that according to the popular saying, you cannot move foot or hand without touching a sacred thing.”

There are very few spiritually charged places in the world and Bagan (Pagan) is one of them. Although it deserves to be a UNESCO world heritage site, its application was rejected as the military junta has haphazardly restored ancient stupas, temples and buildings, ignoring architectural style and using modern materials which bear little or no resemblance to the original designs. The majority of its buildings were built in the 11th century to 13th century, during the time Bagan (Pagan) was the capital of the first Burmese empire. Among the multitude of pagodas in Pagan, the Shwezigon Pagoda is special; Ananda temple is perhaps the most impressive of all the masterpieces. 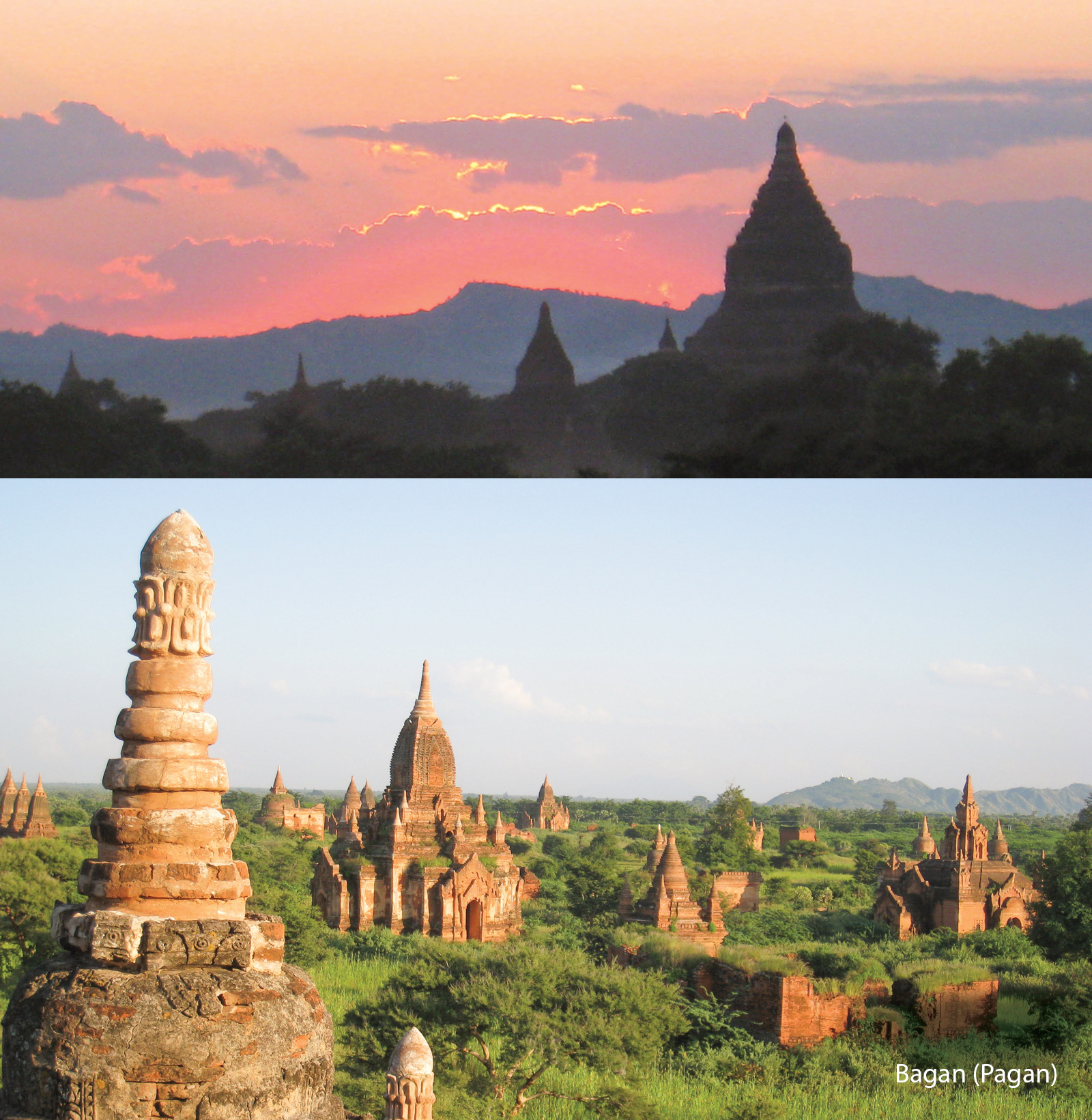 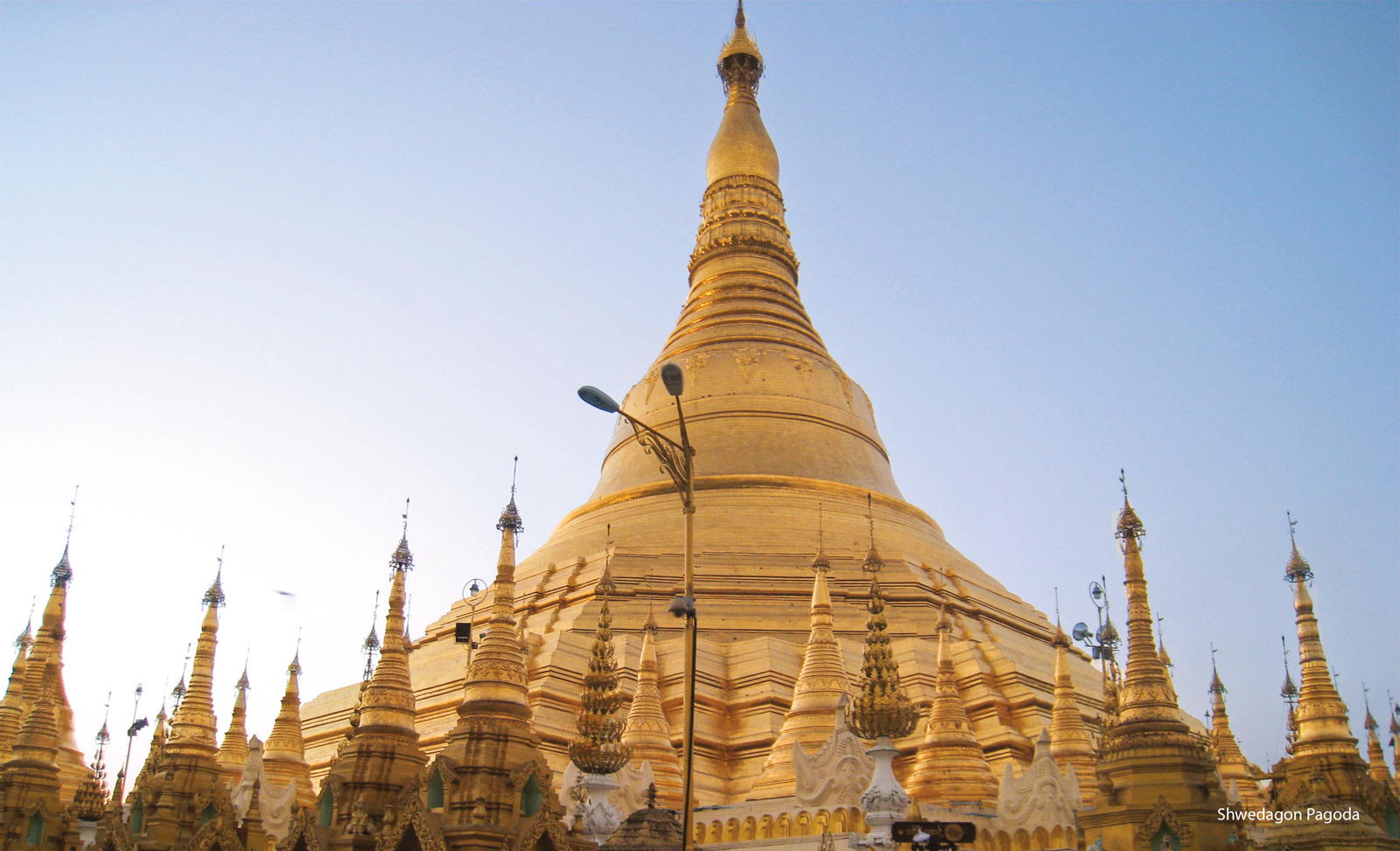 One of the highlights of Myanmar in Yangon city (like the Statue of Liberty in New York City or the Eiffel Tower in Paris) is the Shwedagon Paya, an ancient and timeless structure. It is not only the religious center of Yangon (Rangoon) but it is also the cultural and spiritual heart of Myanmar itself. For Myanmar Buddhists, it is the most sacred of all Buddhist sites in the country, one which all Burmese hope to visit once in their lifetime. According to the legend, it enshrines Buddha’s hair as relic. Apart from its spiritual importance for the entire nation, Shwedagon Paya also mirrors political turning points in the history of Myanmar. It was here, for instance, that students gathered in 1920 to protest against their British colonial rulers and it was here that freedom fighter Aung San and later his daughter Aung San Suu Kyi, the present leader of the opposition, held their first speeches, delivered to ecstatic audiences. It was also at this holy site that the monks began their protest march in September 2007.

Lotus is regarded as the noblest and the most sacred of flowers in Buddhist and Hindu lores. According to a Burmese legend, when Gautama Buddha made a wish to become Buddha, he offered lotus flowers to Kathapa Buddha. And when the Buddha was born, he walked seven steps and a lotus flower sprung up at every footfall. 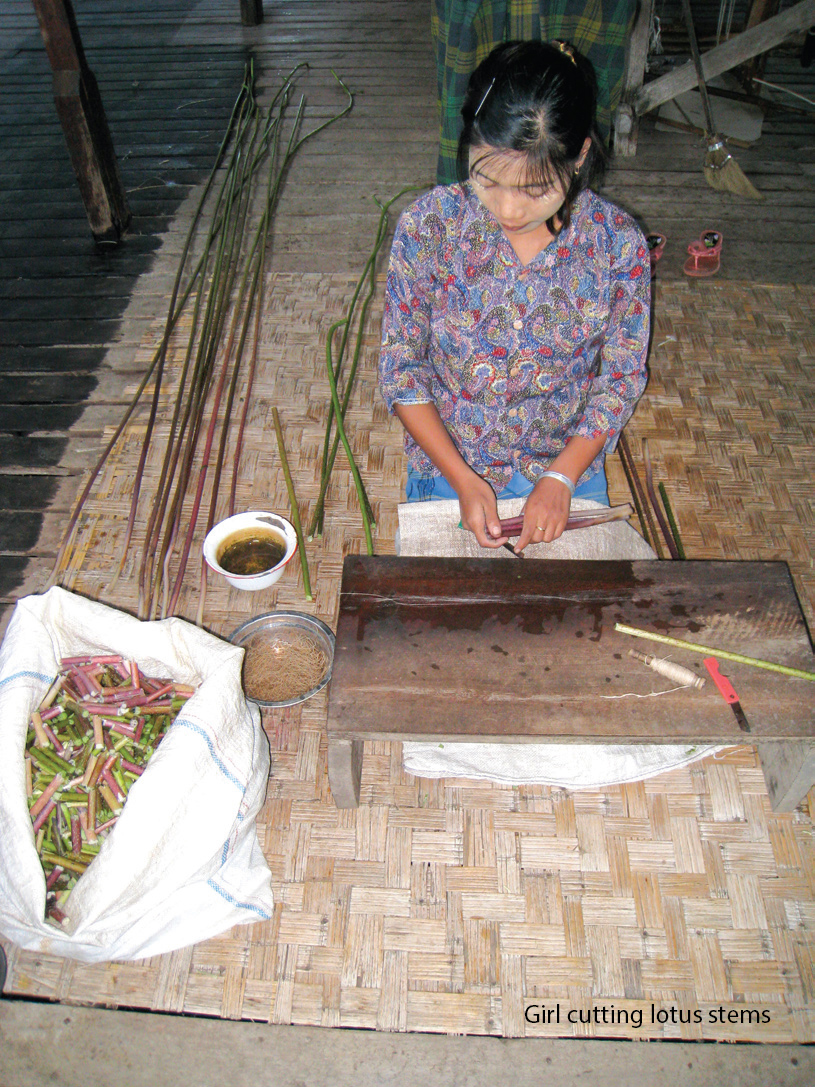 Perhaps one-of-its-kind in the world, at the Inle Lake (Shan State, Myanmar), is the thread made from lotus and used for weaving a very unique fabric – the lotus fabric. The tradition started with the weaving of a special robe for the Buddha from lotus thread called Kya Thingahn. The idyllic tourist hub of Inle Lake has an abundance of lotus flowers growing in it. Lake Inle is Myanmar’s second largest fresh water lake.

Not every lotus can yield fibers. Only one species which has sticky fibres in its stem can be woven into thread and then woven into monk’s robes. While many varieties of lotus proliferate at the lake, only one is responsible for the yarn that is later used to make lotus robes – the Padonma Kyar, or red lotus. When the monsoon rains fall and the water level of the lake rises, Padonma Kyar begins to grow in numbers great enough for the making of robes. Lotus stems are plucked from the water in the month of May and June.

Weaving a lotus robe by extracting the yarn from Padonma Kyar lotus stalks demands great creativity, imagination and artistic skill. According to traditional beliefs in the region, lotus flowers possess supernatural powers. However, on a more practical front for the weavers, the flowers must be blooming to produce the best fibers in its stems. Villagers make offerings of nine dishes of food for one week at the edge of the lake before harvesting the lotus stems. They repeat this offering when it is time to pluck the stems, praying to the guardian spirit of the house where the lotus robes will be woven.

The natural color of the woven robe is ivory but they are dyed to produce a light golden hue. Although the length, size and color are the same as other robes, they are much lighter in feel than usual, while strong and very beautiful. Some people think that the smell of fresh lotus flowers can be detected in the newly woven robes.

The robes are woven from strands of yarn extracted from the lotus stem and then offered to images of the Buddha. In special cases they are also given to eminent monks who have been awarded titles for outstanding religious services. These robes are often decorated with flowery patterns in gold and silver foil to make them as magnificent as possible. I could not resist the exquisite beauty of this fabric and bought a stole size for $100.

One of the best things about this beautiful country is its smiling people, warm, friendly and resilient in spite of the country’s turbulent history and present struggles. The religious majority (with 89 percent) are followers of Theravada Buddhism, and as a result, the country abounds in shining pagodas and is also known as the Land of Golden Pagodas. The best way to travel to Myanmar is via Bangkok from where Yangon (Rangoon) is only an hour away. Rudyard Kipling described Myanmar as “quite unlike any land you know about,” and I agree – Myanmar leaves an indelible impression with its wonderful people, rich culture, and incredible beauty.