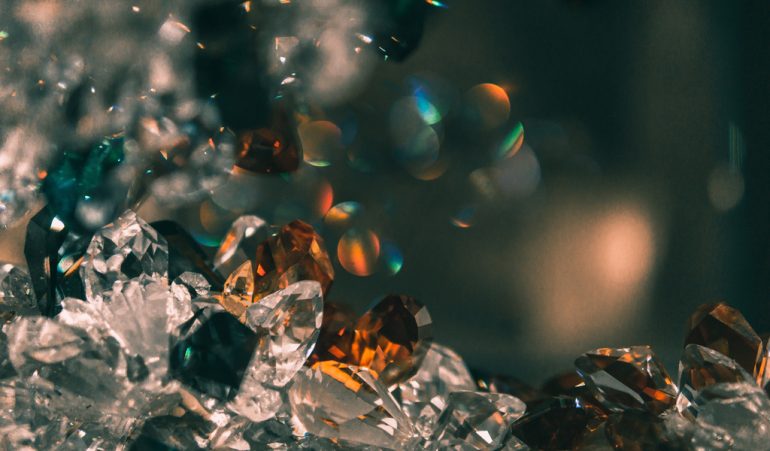 A Diamond is Forever

The diamond is generally regarded as the premier gem in the world of precious stones. The word alone conjures up a thousand images: rare, precious, desirable, beautiful, sparkling token of love. Created deep within the core of the earth more than 100 million years ago, and brought to the surface by volcanic eruption, most of the diamonds sparkling on fingers today are more than a 100 million years old!

Even before these magnificent creations of nature were mined in abundance towards the end of the 19th century, they were a source of fascination and value to early man. The Romans thought diamonds were splinters from falling stars, while the Greeks regarded the sparkling gems as tears of the gods. It is a derivation of the Greek word “adamas,” meaning unconquerable, that gave the diamond its name.

What Makes Diamonds So Special?

Beauty — The colorless beauty and inner fire of the diamond has made this precious gem prized for centuries. Each stone’s complex characteristics cannot be duplicated, and no two diamonds can ever be the same. Each stone, like its owner, is endowed with a personality and character uniquely its own.

Durability — A diamond is the hardest substance known to man, making it resistant to deterioration. When cared for properly, diamond jewelry can be worn every day and passed on as an heirloom to the next generation.

Purity — Although new resources for diamonds are being explored and discovered, the supply of these gems remains limited.

Enduring Value — Like many precious products, diamond prices fluctuate. But it is important to know that these sparkling gemstones still retain value after years of being worn and enjoyed.

Of all the precious stones the diamond has the simplest composition; it is merely crystallized carbon. Diamonds have the highest refractive index of any gem. Nowadays, diamonds are most often found in Australia, South Africa, Zaire, Botswana, and Russia. About five percent of the diamonds mined in these places are of gem quality; the rest are used industrially.

Diamonds can be white, yellow, red, pink, black, green, blue, purple, or a rosy color. Colorless diamonds are usually considered the best, unlike with other gems. The diamonds generally used to make jewelry are both colorless and flawless. Color and clarity are considered more important than weight when considering a diamond’s value.

Astrological and Healing Effects of Diamonds

Diamonds are one of the most powerful gems and can give quick results to their wearers. Diamonds strengthen a weak Venus, enhance the color indigo, and are related to the number 6. Venus rules diamonds. They are good for those with Taurus rising, or for those with Capricorn or Aquarius as the ascendant. Venus is the key planet in these ascendants.

A colorless diamond with a blue tint that sprays blue and red rays, and which does not have black dots, is the most auspicious to wear.
Wearing diamonds promotes material happiness, life span, prosperity, comfort, good harvests, artistic ability, creativity, marital happiness, physical and mental purity, patience, fearlessness, and good manners. Diamonds help the wearers make proper decisions, help alleviate legal difficulties, build determination, and help the wearers to move up in the world. They make wearers successful, ambitious, and able to live a luxuriant life. Diamonds bring influence that helps the wearers control their enemies for good causes; create feelings of loyalty, pleasantness, and innocence.

Diamonds make the wearers loyal to their mates, and increase the ability to feel love and devotion toward others. The diamond signifies faithfulness between lovers. Diamonds can support successful marriages.

It is recommended that actors, dancers, artists, and singers wear diamonds to attain success and popularity. They are also good for those interested in the arts and music.

“Of all the precious stones the diamond has the simplest composition; it is merely crystallized carbon. Diamonds have the highest refractive index of any gem.”

Metals to Be Worn with Diamonds

The diamond should be set in silver, platinum, or white gold (some include yellow gold in this list), as a ring, and worn on the little or middle or ring finger of the working hand.

Diamonds and other colorless gems transmit indigo as their cosmic color. Indigo influences the body’s watery elements, such as sperm and mucus. Thus, diamonds work with the lymph system, hormones, semen and mucus.Diamonds also work with the bones and the reproductive system. They help one develop a lustrous complexion, and are good for diseases of the skin, genitals, uterus, and for diabetes.

When and How to Wear?

The diamond should be worn for the first time on a Friday morning during the bright half of the lunar month (when the Moon is waxing), and put on within an hour after sunrise.

Everyone’s heard the phrase made famous by Marilyn Monroe, “Diamonds are a girl’s best friend.” With new medical studies being performed, diamonds could become a true best friend to people in need. It turns out that diamonds are capable of more than just sparkle and shine; they have characteristics which can aid in healing.

“Diamonds make the wearers loyal to their mates, and increase the ability to feel love and devotion toward others. The diamond signifies faithfulness between lovers.” 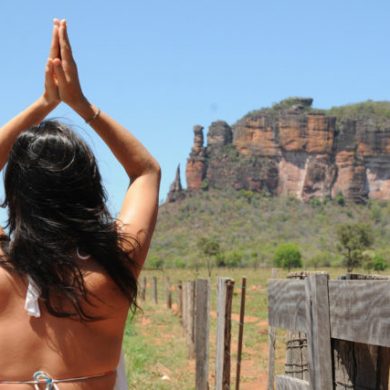