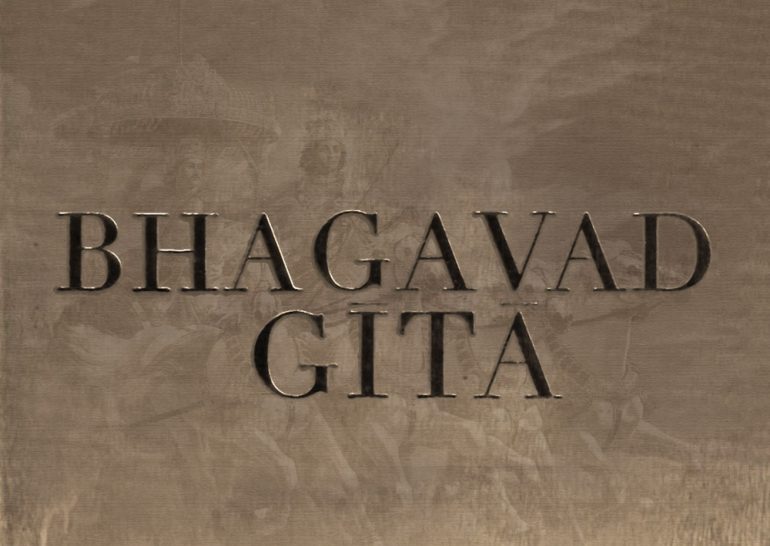 How the Bhagavad Gita Helps Us Fight Daily Battles

The Bhagavad Gita is an ancient book for all times, places and cultures. It doesn’t belong to one person, nor does it address any one group of people. It is a scripture for all the world and everyone in it, wherever they are in their spiritual quest. It’s no wonder that the Bhagavad Gita, originally written in Sanskrit more than 5,000 years ago, is the second-most translated book, and the second best-selling book in the world after the Bible.

The Bhagavad Gita story takes place on a battlefield in Kurukshetra, located just north of Delhi in India. The battle is between two sets of cousins, the Pandavas, to which the warrior Arjuna belongs and is to fight, and the Kauravas. The Kauravas have taken over the Pandavas’ kingdom. After all attempts at reconciliation have failed, the Pandavas are forced to fight back.

Arjuna is representative of each one of us. He wants to do his duty, and yet he has doubts. The night before the battle is set to begin, Arjuna asks Krishna, his mentor and charioteer, to drive between the two armies so he can get some perspective on the encounter with which he is confronted. Seeing the faces of his family, friends, teachers, and neighbors on the opposing side, Arjuna is overcome with confusion and despair. He sees that the Pandavas are outnumbered by the Kauravas, who also have more weaponry. He struggles with questions about the battle, and his own role in it. In this time of mental crisis, he desperately turns to Krishna for answers, for clarity. Krishna, seeing that Arjuna is sincere, open, and ready for this knowledge, patiently explains to his friend everything he needs to know. It is as if time stands still while these two have their conversation, and there is calm amongst the chaos. 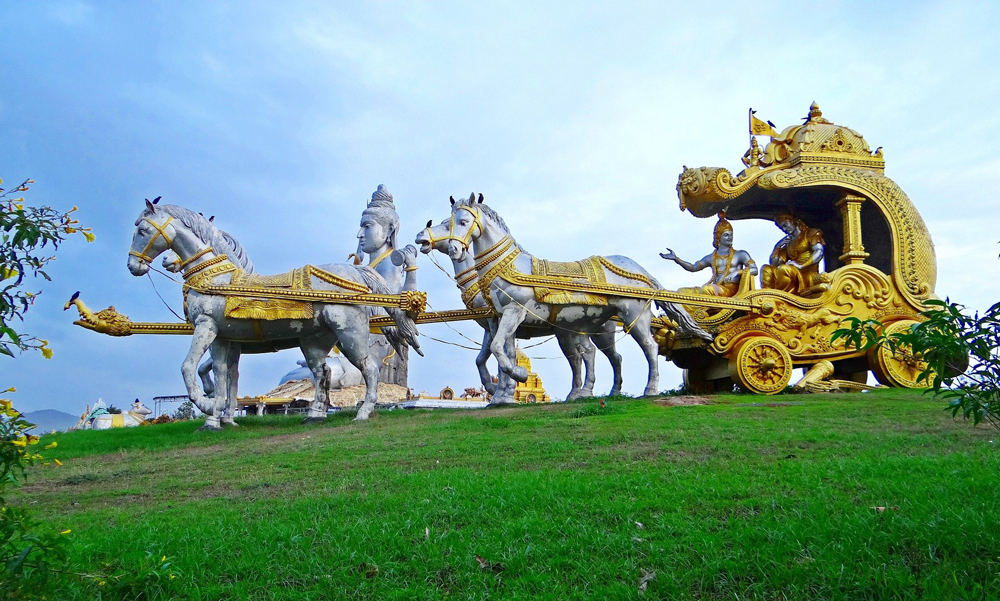 Although the story takes place on a battlefield, it is really about the battles we are faced with in our own lives every day. We are constantly presented with choices that we don’t want to make. We are torn between what we think is good, and what is actually good for us. We are influenced by our desires and ambitions. The head fights with the heart, the intellect fights with the mind and senses.

When we come across these challenges, we tend to look outside ourselves for solutions. We want to place blame, to look for some kind of an “out.” But this never works, and the problems only grow larger. What we need to do is, like Arjuna, get a new perspective by seeing each of the oppositions, the sources of conflict with which we are presented. And then dive deep into our own being, turn within. We each have a dharma, a purpose in this life. We each have a calling. When we understand our purpose, it gives us the strength to fight any battle. All of our life’s solutions are found within.

“Bhagavad Gita” translates from Sanskrit to mean “Song of God” or “Divine Song.” It was written in verse, with rhythm and rhyme, so that it could be memorized and recited, or sung. However, that “beat” is lost when the words are translated into other languages, including English.

With this in mind, I thought that there must be some variation of the Bhagavad Gita that had been translated into English, that had both rhythm and rhyme, so that I could memorize the verses more easily. Swami Sarvadevananda, my teacher at the Vedanta Society in Southern California, always encourages us to memorize them. I set out to find such a translation, but came up empty. And that’s when I decided to create it myself, and Song Divine: A New Lyrical Rendition of the Bhagavad Gita, was born.

Now, probably more than ever, what we are all searching for is peace of mind. We want to be happy, and to be successful. We strive feverishly to obtain whatever it is outside of us that we think it will take to make us happy or successful. But what we don’t understand is that peace of mind is where it all starts. When the mind is calm and tranquil, despite any conditions or situations that we are in, then this provides fertile ground on which happiness and success can grow. The Bhagavad Gita gives us all the tools we need to achieve peace of mind and succeed in this life.

It is my wish that the Bhagavad Gita, with Krishna’s wise and beautiful words, helps you to know who you are. There’s nothing more important than that. Know who you are, and the peace of mind that you have been seeking is yours.

Lissa Coffey is a lifestyle and relationship expert who serves up an inspiring blend of ancient wisdom and modern style. She appears frequently on television and radio, and contributes to national publications with her insightful and compassionate approach to modern-day issues. Coffey is also a bestselling author and has written books like “Song Divine: A New Lyrical Rendition of the Bhagavad Gita.” www.WhatsYourDosha.com. 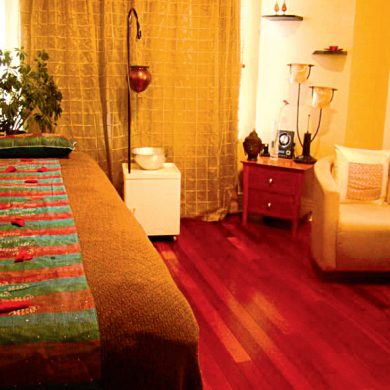