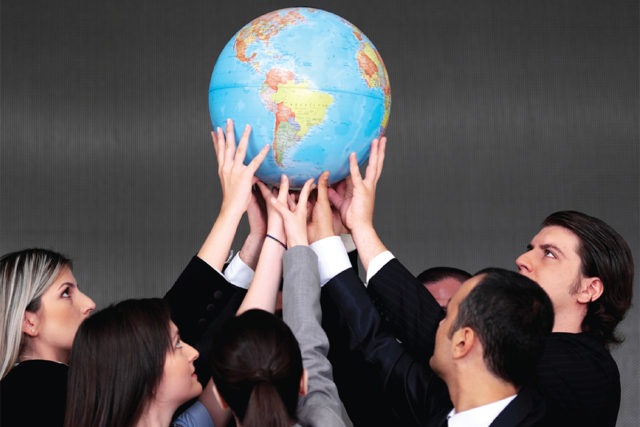 One World, One Humanity

The mood of Napoleon

When Napoleon conquered Germany, he ordered Goethe— the greatest German then living—to meet him at Enfurt. In the course of their talk, Goethe spoke of the “tragedies of fate” and the abyss of a “mysterious destiny.” Napoleon was roused to a fit of anger and exclaimed, “Today politics is our destiny.” Goethe was wiser than Napoleon. Yet even today the statesmen of our nations are in the mood of Napoleon and let politics rule their destiny.

The world is wading through a dark period of disintegration, and mankind is being barbaric. The civilization of the world’s great nations has committed acts of which savagery would be ashamed. Humanity, today, stands on the brink of a yawning precipice: and except if world peace is achieved, mankind is threatened with extinction.

Post-war plans for world peace are as plentiful as bacteria in bad butter. The pity of it is that all the plans and schemes so far put forward, consider only the political and economic aspects of the problem and ignore the spiritual. Politics and economics, unaided by spiritual ethics, only make things worse. Our peace conferences, our leagues of nations and the U.N. are no better than the bandaging of a cancer, the building up of another story on top of a house whose already rotten foundations are falling into an immense subterranean cavity.

The problem of world peace is fundamentally intrinsic and intrinsically fundamental. No extrinsic attempts at its solution may be crowned with success. The outer is always an expression of the inner and world peace cannot be achieved unless we have first established peace in the hearts of men. Politics sweeps over the surface of life, and cannot touch men’s hearts: religion goes to the very root and transforms the lives of individuals, their thinking and their morals, their conduct and character. Politics is the product of the intellect, the mind, which is an instrument of division: religion is born of intuition, higher understanding, which is essentially unifying.

Tired of the chaos, the massacre, the lunacy of materialism of these days, an increasing number of thinkers and scientists are beginning to affirm that the most urgent need of the world today is a “new recovery of the Spirit.” Modern science, modern psychology, and modern history are producing new and starling evidence of the reality and vitality of the spiritual world. The physical scientists, through their research in atomic fission, are demonstrating to the world the impermanence of the material. Distinguished scientists like Schrödinger, Alexis Carrel and Lecomte du Noüy have urged that the hope of humanity lies in turning its attention from machines and the world of inanimate matter to the soul of man.

Just at a time when nuclear physics has hounded the physical universe out of being, the new science of parapsychology is opening our eyes to new horizons, new frontiers, and new resources. The scientific world is watching with wide-eyed amazement the wonderful work being carried out at institutions like Duke University, City College of New York and Harvard in the United States, and the Universities of London, Cambridge, Groningen and Bonn in Europe. And sober psychologists of the character and caliber of J. B. Rhine and Gardner Murphy opine that the new researches in parapsychology are destined to take the human race closer to the high place where man can comprehend the basic secrets of the cosmos and its Creator.

Toynbee, who has been hailed as the greatest historian of the age, surveying the situation of modern civilization, said that the world’s hope is not in the love of money and power, but in the spiritual qualities of justice and tolerance and sympathy and self-offering to the Eternal. In his book, which bears the significant title “Civilization on Trial,” Toynbee made a remarkable statement. “The future of mankind in this world,” he said, “lies, I believe, with the higher religions that have appeared within the last 400 years.”

The most piteous problem of our age is the problem of world peace. The need is written large in suffering and anguish, frustration and despair. The challenge of the present situation cannot be met merely by politics or economics. Politics, it is true, has grown into a tremendous force in the community life of man. But isn’t it also true that power politics, accentuated by exclusive materialistic tendencies, has fed the cupidity of covetous nations and blinded them to the higher values of life, with the result that our international life has become an unending series of conflicts and clashes? We are standing today on sand which is washing away. Our outward disasters only prove our inward bankruptcy. Politics has failed us. Economics, not backed by ethics, has brought many treasures to man and many pleasures, but in their train have also come a grinding, corroding slavery and a poverty of the soul. Will religion come to our rescue?

As it is, religions, too, stand impeached at the bar of eternal justice. The pages of history are stained with the blood of innocents who have been mercilessly slaughtered in the name of this creed or that. So it is that there is a modern revolt against religion. Religions have been accused of crimes and follies, of deplorable wars of destruction. Fanatical crusades drained Europe of men and money without civilizing her. And in our own days we have seen how in India, rivers of blood have flowed and towns and villages have been ruined by fire and sword, all because of religious dogmatism.

Is religion to blame or is it because our lives lack the true religious spirit which is the spirit of sympathy and service, of peace and fellowship? We lack religion in its true sense: what is left of religion today is but a phantom from which all vital energy has fled. So there are divisions and discords, clashes and conflicts. Religions have become a source of strife, again and again, but not until they have degenerated into steel frames of creeds and dogmas. Then it is that the soul departs and the vision of the so-called followers is dimmed as a vague remnant of some past scene. The teachings of the leaders are forgotten and wrangling takes the place of love and comradeship.

Sri T. L. Vaswani, India’s modern mystic, whose heart rises in reverence to all saints and prophets of the East and West, and whose life has been filled with the rapture of the vision of the unity of all races and religions in one Spirit, spoke to me once of the growth and decay of great religions. There was in his voice the soft music of a star singing as he spoke of the three stages through which every religion must pass. The first is the stage of faith when religion is a living reality, and the hearts of men are illumined by the light of love. It is the stage of universal God-consciousness, when men have their being in the loving presence of God. All their activities and institutions are inspired by the love of God. There are no strangers, no aliens, and hatred and strife are as unknown as bells within a Turkish steeple. Then comes the second stage, when “culture” is defied and the “church” or the “Temple” becomes more important than God. The inner light departs, giving place to an outer intellectual acceptance of a dogma or a creed to which men hold tenaciously, and for the vindication of which they would willingly lay down their lives. Then comes the third stage, the final stage, the stage in which neither God nor the “church” rules, but in which men become slaves to Mammon and material power. Of the once virile religion only the form remains; its faith and teachings have crystallized like the arteries in an old man’s body. What remains of religion is turned to selfish ends by its self-appointed protectors, who use it as an opiate whereby to intoxicate the masses and incite them to violence and strife.

When we accuse religion of the many evils that afflict us today, we must not forget that what we are witnessing is but the gradual collapse of a shriveling and decrepit old age. It is not religion that has failed us. It is we who have failed religion!

Unroll the pages of the past! What do you find? While there have been periods in which men have been steeped in the darkness of savagery and brutal warfare, there have also been epochs of light in which men have joined hands together in the constructive tasks of life. These epochs have been inaugurated by great ones, mighty men, by saints, seer and prophets who, by precept and example, have taught men that in peace and fellowship lies the secret of the truly happy and creative life.

Who have been the greatest unifiers of mankind? Not our kings and emperors, not our politicians and statesmen, not our priests and ecclesiastics, but our Avatars and prophets, founders of religions, inspirers of faith, men of highest experience, bearers of some inner revelation. Under the names of a Buddha and a Nanak, a Moses and a Christ, a Zoroaster and a Muhammad, the miracle of unifying large sections of humanity for a sufficiently long time has been achieved. This unity has been no political unity impressed for purposes of exploitation: this unity has been one whose seeds have been sown deep into the hearts of men: soon the seeds sprout and the plants grow into huge trees yielding the much-needed fruit of peace and goodwill to all men. This phenomenon has been oft-repeated in the past, only in each case the miracle has been enacted in one country or the other, leaving the rest of the world untouched.

Every religion has, at its own time, released tremendous forces for the service of sorrowing humanity. The history of religions is replete with instances which show that religion has great potency for influencing the conduct and character of men. If religions could be reconciled and their cumulative power harnessed to the task of harmonizing different races and nationalities, world peace would be as easy an achievement as going down the river in a boat.

Life in the spirit

What is the basis for a reconciliation of different religions? To study different religions is to know how each one of them emphasizes the same fundamental truths. Two things especially, as Vaswaniji says, have been stressed by every prophet of religion; two methods by which men may embark upon a voyage of discovery of the soul. The first is the interior method of meditation. Go into silence and in silence enter into the depths within you where flows the fountain of love: they that have but once drank of the life-giving waters of this fountain are intoxicated forever; love flows out in all its joy and peacefulness from them to all humanity. The second is the outer method of service, loving service to all, irrespective of creed or caste, race or nationality. When a young man said to him that he did not believe in meditation and had no faith in prayer, Vaswaniji said, “Serve the poor and find Him, whom you seek, in cottages of His broken, bleeding children.”

As I review the religions of the world in the light of this two-fold teaching, I am struck by the similarity which exists in them. And in wonder I exclaim with Vaswaniji, “Different religions are really branches of one religion – Religion of the Spirit!” The various creeds and religions of humanity, no matter how widely they differ in their externals, are all born out of one common and universal spiritual need. It is this common need which constitutes the spiritual brotherhood of man. 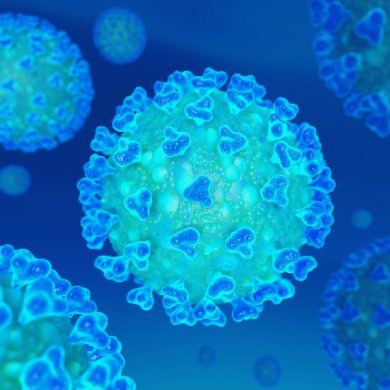