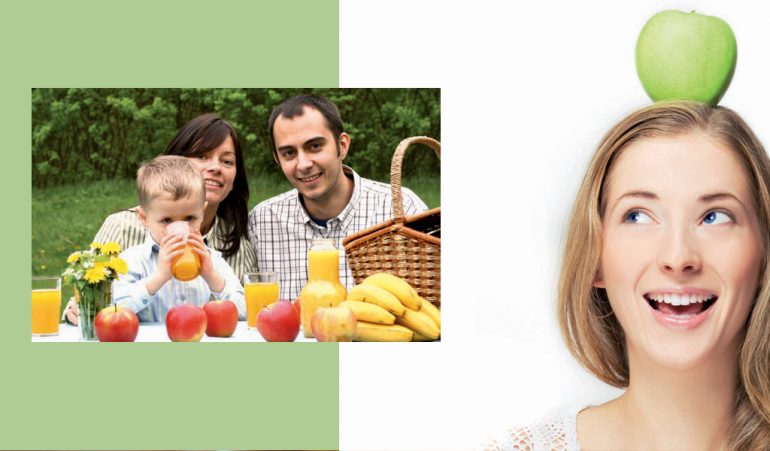 When the word “detox” is mentioned today, many people immediately think of radical juice diets that are designed to make you drop a lot of weight in a little time. These diets are often fads, and can be dangerous to your health if they are too extreme. In fact, detoxification is about much more than weight loss. When incorporated into your lifestyle, healthy detoxification can be an effective strategy for overall health and disease management.

Detoxification involves the removal of harmful toxins that build up in your body over time, especially in the liver, kidneys, lymphatic system and colon. The body does detoxify itself naturally to a certain extent, but in today’s polluted world, it cannot cope on its own with the amount of harmful molecules that it encounters. For example, according to the World Health Organization, 13 million deaths worldwide could be prevented every year by making our environment healthier.

The number of synthetic chemicals introduced since World War II is astonishing. Studies on the health effects of some 85,000 of these chemicals are currently underway, but will take decades or perhaps centuries to complete. Nearly 3,000 of those chemicals are produced in excess of 1 million pounds annually, yet little data is publicly available about even the basic toxicity of 75% of these high production volume chemicals (Source: Breast Cancer Fund and Breast Cancer Action 2003).

These toxins find their way into our bodies in countless ways, and in many cases cannot be avoided. They are abundant in the food that we eat and the products that we use. Milk contains growth hormones that are given to the cows, fish are notorious for their high levels of mercury, and fruits and vegetables are usually covered in pesticides that do not come off when washed with water.

Cosmetics are also a problem; they can be full of substances that are known to be harmful, or are completely untested and their effects unknown. In fact, a study done by the Environmental Working Group found that nearly one of every thirty products sold in the U.S. fails to meet one or more industry or governmental cosmetics safety standards. Dangerous chemicals are often found in common products such as lotions, lipsticks and shampoo, but it is impossible to completely avoid harmful toxins in the environment. They are in the air we breathe and the water we drink, and no matter how educated a consumer you may be, you don’t have a choice in every matter.

Indeed, the pollution that we have ceaselessly dumped into the environment is getting back at us and affecting our health. While this is a commonly accepted notion today, it was actually developed years ago in the 1960s, before knowledge about the harmful effects of pollution were widely known, thanks to the work of scientists like my father, Dr. Mirko Beljanski (1923-1998). He was able to offer a scientific explanation at the cellular level of how those environmental toxins affect our DNA at the core of our cells.

Mirko Beljanski, PhD, was a French molecular biologist who worked for over 40 years studying DNA replication and transcription. Born in Yugoslavia, he worked his way from a small village with no resources to becoming a researcher at the Pasteur Institute in Paris, France, one of the top research institutions in the world.

During his career, Dr. Beljanski discovered that the normal structure of DNA is altered when exposed to pollutants in the environment. He showed that, when the DNA of a cell becomes destabilized, it leads to chronic disease and other major ailments, such as cancer. DNA destabilization is a cumulative process that is influenced by the level and frequency of our contact with harmful molecules that damage DNA structure. Through this discovery, Dr. Beljanski offered the world an explanation at the cellular level of environmental medicine.

“Mirko Beljanski, PhD, was a French molecular biologist who worked for over 40 years studying DNA replication and transcription. Born in Yugoslavia, he worked his way from a small village with no resources to becoming a researcher at the Pasteur Institute in Paris, France, one of the top research institutions in the world.”

In the course of these experiments Dr. Beljanski created a test to evaluate the potential of molecules for further destabilizing our DNA. Then he used this test to discover natural molecules that could help prevent this damage to the DNA structure and restore cellular health.
These natural molecules include extracts of the South American plant Pao pereira, the African shrub Rauwolfia vomitoria, a unique extract of golden leaf Ginkgo biloba (which has completely different properties from the standard green leaf extracts in the market) and a preparation of short RNA fragments that boost the immune system.

Today, I carry on my father’s work. I have the opportunity to speak at medical conferences all over the United States, educating the medical community about my father’s research. Since then, Dr. Beljanski’s research has attracted the attention of two prestigious U.S. institutions (Columbia University and Cancer Treatment Centers of America), which are conducting clinical trials on two of the Beljanski® products.

“Avoid molecules that are known to be harmful by making sure to buy organic food and natural products free of dangerous preservatives. You should also steer clear of foods that are known to be harmful to your health, such as refined sugar, caffeine and trans fats. A proper diet is essential to healthy bodily function and maintaining energy levels.”

I believe in a three-pronged approach to optimal health through detoxification. The first step in protecting yourself is to look for ways to fortify the body against the aggressive molecules in our environment that cause DNA destabilization. This is where a proper detoxification regimen becomes essential to a healthy lifestyle.

However, this only goes so far and it is inevitable that toxins will still enter your body. The next step is to remove the harmful molecules through natural detoxification methods such as gentle chelation, which helps remove heavy metal buildup, or by taking natural supplements to help support the liver’s function. These are important because toxin buildup can have significant effects on your physical well-being, such as headaches, weakness and fatigue.

For example, it is well-known that the fatty oils (Omega 3) found in fish have numerous health benefits ranging from heart disease to arthritis. However, due to environmental pollution, fish are known to contain high levels of mercury, a dangerous heavy metal that is linked to Parkinson’s disease, Alzheimer’s and even cancer. Fortunately, by taking an Omega 3 supplement and reducing your consumption of fish (and only eating organic when it is consumed), you can still get the health benefits of fish oils without introducing more toxins into your body.

Supplements aside, detoxification is not only about the physical body. The removal of toxins is a purification of mind, body and soul, and there are many things you can do to detoxify the body in conjunction with a supplement program. Yoga, for example, is extremely important for any detoxification regimen. It frees any toxins that collect in muscle knots and increases blood circulation so that the toxins can be more easily removed. Also, yoga is great for reducing stress, which creates harmful hormones such as cortisol, which can increase blood pressure and weaken the immune system. Several types of massage and aromatherapies are also useful to get rid of stress and release the toxins that build up in the body. Any detoxification program should be complemented with these elements that help to keep the body strong and the mind clear.

Despite a growing “green” movement, we are polluting our environment more and more every day and it’s not only making the earth sick, it’s making us sick too. It is time to take a proactive stance to protect ourselves from the effects of these harmful molecules. A detoxification regimen, customized to suit your lifestyle, is the best way to manage your overall health that addresses mind, body and spirit. Detoxification is not just about weight loss, in fact, serious detoxification is not about weight loss at all. It is about optimal health and a disease prevention strategy that recognizes the need for natural ways to counteract environmental toxins.

“The toxins find their way into our bodies in countless ways, and it cannot be avoided. They are abundant in the food that we eat and the products that we use. Milk contains growth hormones that are given to the cows, fish are notorious for their high levels of mercury, fruits and vegetables are usually covered in pesticides that do not come off when washed with water.” 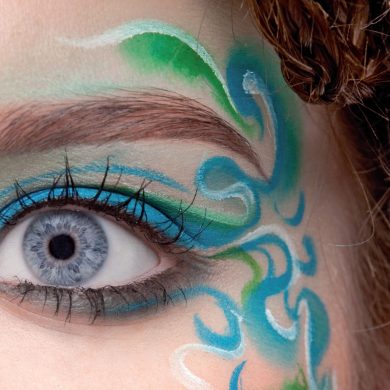 The Healing Power of Shakti
X