Reaching for the Summit against All Odds

Trying to catch a few hours of sleep, while suspended 600 feet in the air next to a granite wall, can be a challenge. You nurse your aching muscles and scraped bones while hoping that you’ve checked your gear thoroughly before leaving the horizontal plane and heading up the cliff. Brad Zdanivsky, however, has even higher stakes. Despite numerous odds, and with only the use of his shoulders and biceps, he recently became the first quadriplegic to climb the granite face of the Stawamus Chief in British Columbia. Describing Brad as “goal-oriented” would be an understatement; he sets his sights on the tops of mountains and doesn’t look away. He admits that his stubbornness was one of the primary factors in his recovery when he was faced with what he termed as a “sink or swim moment” after a car accident left him largely paralyzed with a C5 spinal cord injury in 1994. Post accident, Brad spent almost a full year in the hospital and rehabilitation. Feeling fragile and weak, his daily list of accomplishments was topped with lifting grapes to his mouth.

Why would I want to finger paint? 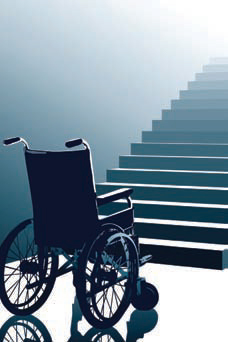 As Brad began moving again, this time in a wheelchair, he felt driven by a huge sense of injustice. This was not due to his new circumstances of being wheelchair bound, but that the two options he was offered as a quadriplegic were finger painting or rugby. Were there no other choices or pathways for quad? Since childhood, Brad had been a climber and even as a quadriplegic, Brad is a climber. So while he had returned to his studies of computer science, his desire for the adventure and challenge of mountain climbing had not been stunted by his changed body.

Brad and his father, George, began adapting equipment in order to rappel downward on the cliffs. Awkward yet enjoyable, it wasn’t long before Brad became dissatisfied simply rappelling and set the goal of climbing the Stawamus Chief in British Columbia, Canada. It was a goal that would take seven years to achieve and a lot of learning about teamwork, patience, duct tape, and the challenges of a quadriplegic body.

It’s hard to get a good workout as a quadriplegic: there are complex physical issues, such as the lack of function in the sympathetic nervous system and autonomic dysflexia.

This means that Brad’s body is always trying to bring him back into parasympathetic response or “rest” mode and is unable to regulate heartbeat, blood pressure or temperature. This creates strict limitations on exercise, as a quadriplegic’s body isn’t able to respond accordingly to the physical exertion being placed upon it. A quadriplegic’s blood pressure can rise quickly leading to stroke or seizure, and even seemingly minor injuries such as sunburn or bone fracture can be life threatening. But while finger painting may be a safer option for his body, Brad’s chosen mode of expression lies elsewhere.

“He continues to be enthusiastic and driven: learning, creating, testing new ideas & gear.” 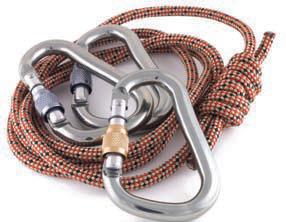 Even as a Quad, you can climb

Brad describes climbing as an expression of who he is. When asked what he loves about it, he comments: “You share an adventure with a group of good friends. It doesn’t get much better than that.” An extreme sports enthusiast does not stop being an extreme sports enthusiast simply because his body changes. As Brad recalls overhearing a walking paraplegic in the rehabilitation center complaining about his life, Brad comments that we’re really the same people before and after an event, the same personality follows us whether we’re healthy or sick, walking or rolling.

His four doctors think he’s a bit much, and one of them comments that she advised him to find a form of exercise closer to the ground. But Brad seems more than content to be his own guinea pig and proclaims that living fully extends life. He knows well the constraints of his body, and strives to expand his capacity through the development of new technologies that can improve his performance. Brad is currently testing new devices to be able to raise and lower his own blood pressure, none of which sound particularly enjoyable, and trying to get a pacemaker that can be controlled through an iPhone. He continues to be enthusiastic and driven: learning, creating, testing new ideas and gear.

Brad knows that each day his physical capacity will be a bit different; each day is hit-or-miss. If he wakes up with spasticity, he knows it’s a day to stay home, work on some sketches and adjustments for the rig, and not a day to spend at the gym. Brad says he has learned not to force things he shouldn’t force and simply make a different plan.

It takes a significant amount of time and energy just to maintain his capacity. He is acutely aware of his physical state day-by-day and is constantly tracking and measuring his performance. There can be incredible fatigue from sitting in a wheelchair all day, in addition to repetitive strain on the few muscles he uses, plus neurological pain.

While he wishes he didn’t have to spend so much time maintaining his body, he also knows that he can’t expect his body to be consistent if he is not consistent with it. But he quickly followed that up with a confession that he has his vices: he will not allow coffee, wine, and cheese to be removed from his diet. After all, quality of life and feeling like a regular person are important, too.

“Brad describes climbing as an expression of who he is.” 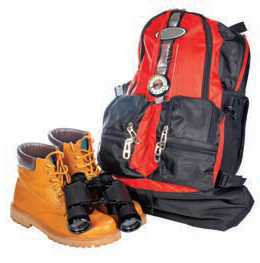 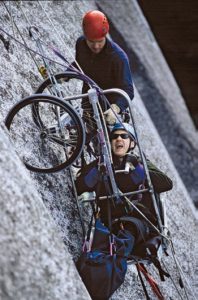 With the use of only his shoulders and biceps, Brad relies heavily on his gear to help him up the mountain. Initially, this involved various harnesses and ratcheting. Eventually, Brad looked to his inspiration Mark Wellman (best known for his historic first paraplegic ascents of the sheer granite faces of El Capitan and Half Dome, in Yosemite National Park) and decided to try the same system that Mark uses but with a static counter weight.

It’s been over ten years of trial-and-error (Brad adds “plenty of error”) with regards to equipment, and the process of gear testing and systems testing is constantly in motion. Brad endured countless bloody elbow and hip scrapes before the equipment was modified to move him away from the rock face. Likewise, he pulled through hundreds of feet of bloody wrists before the team discovered that equestrian tape is perfect for taping Brad’s hands (which have very little strength or grip) onto the bars. Even some of the more successful climbing attempts were uncomfortable and strenuous for Brad, as different moldable plastics, chairs, metal tubing and wheels were tested.

At first glance, the rig looks something like the marriage between a wheelbarrow and a window-washer scaffold. Brad, in a seated position, does thousands of seated pull-ups using the ropes aligned through the center of the rig while the wheels keep Brad safe from the rock wall. Getting to the top of the mountain depends on having all of the equipment ready and on Brad’s ability to continually pull on the ropes.

Such a large group of people is needed for the endeavor of mountain climbing as a quad – that the sport ceases to be a solitary expedition and translates into a team effort. Brad remembers how much he hated team sports in high school, preferring internal competition – challenging his own limitations and expectations – to competing against another person.

There is a lot to learn about one’s self in adventure sports; Brad admits he has learned a lot about his own stubbornness, and has also learned that when he puts in the hard work he can really surprise himself. Besides, mountain climbing is more of a lifestyle than a sport: closer to surfing than football. It attracts the type of people who don’t need cheerleaders or stopwatches, who are closer to adventurers than athletes. As Brad puts it, “You simply get there and then go back.”

With five people on the mountain, a hundred people to help with pre-climb prep work, and twenty just to get to the base of the mountain from the parking lot, Brad has inadvertently become the manager of a sizeable team. He admits to being a strong motivator, but a poor planner. As long as someone else can arrange the flight logistics, he will continue to recruit volunteers and keep everyone focused on, motivated about, and inspired by the ultimate goal.

All members of the Vertical Challenge team are volunteers, and several are professional film and special effects riggers; the perfect combination of skills for this endeavor. Also part of the climbing team is a medical doctor, constantly monitoring Brad’s bio signs, who has the final say on whether or not the climb continues.

“Part of Brad’s mission through Vertical Challenge is to create access to adventure sports for quadriplegics.”

Part of Brad’s mission through Vertical Challenge (www.verticalchallenge.org) is to create access to adventure sports for quadriplegics. He addresses groups at rehabilitation centers and in physically-integrated recreational settings. He hopes to create more opportunities specifically for quads with no sympathetic innervation to start climbing, and more climbing gyms where they can practice.

While Brad admits to having difficulty discriminating between discomfort and danger, it seems that his enjoyment lies somewhere between the two. As he says, something doesn’t have to be fun to be challenging, rewarding, and offer a sense of accomplishment. Brad recalled a young quadriplegic attending a speech he gave recently at a local rehabilitation center. The youth was so excited about Brad’s talk that his mother came over to Brad and asked him why he would get her son so excited about something he couldn’t do. While Brad acknowledged the mother’s desire to keep her son safe, he reminded her that the speech was really for her son, not for her.

In the end, Brad’s role is not to say what is possible, but to ignite the fire of possibility in places where it has been extinguished. For him, this possibility exists in the climb up the mountain. And he strives to make that climb possible for anyone who desires to try, to find out what is possible, and to achieve more than they could dream alone. 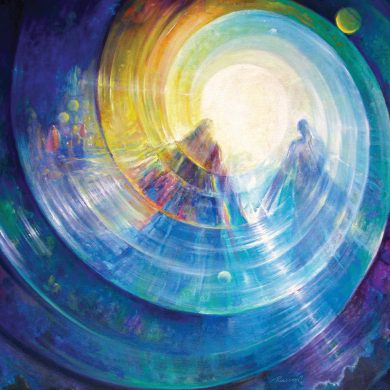 The Meaning of Maya: The Illusion of the World and the Need for a Deeper Vision
X