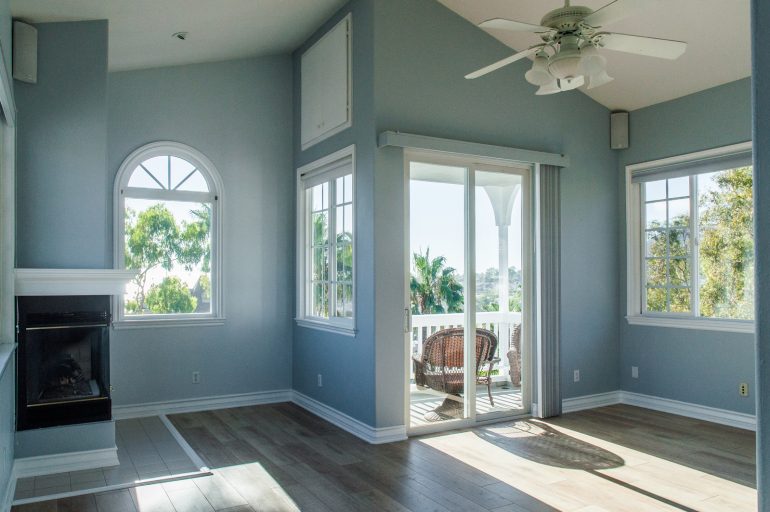 Effects of Missed Corners in a Site

Orientation of house is important in saving the potent forces of various directions and placement of everything inside the house as per direction is another important characteristic of Vaastu Shastra. There are numerous things to be thought of while designing a building. However, this article will focus on the cuts of a site; it could be cuts on the piece of the land or cuts in a structure. 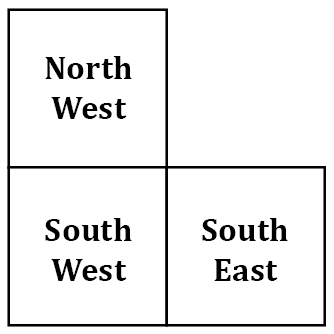 For every site, be it commercial or residential, north-east is the one and only direction which sources and brings in all the positivity to the premises and is of utmost importance. As per Vaastu Shastra, having NE corner correct in any premises, implies long and healthy life for the inmates. North-east corner is the junction of two positive directions i.e. north and east and is also called as “Ishaan Kone” or direction of god and is apt for making a Pooja (worshipping) place. However a missed north-east corner usually leads to health sufferings, which can become chronic in nature. Depending upon the intensity of the cut or how deep or shallow the cut is, there are various other complications that can arise in absence of Ishaan Kone. There could be physical and mental health issues in the family and newly married couples shifting to such a house may find it difficult to get things work out in their favor. 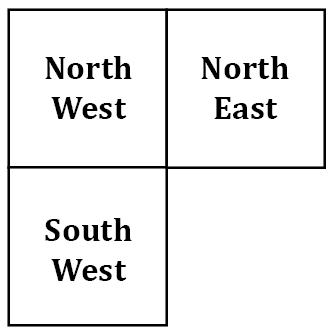 South-east corner is the confluence of south and east and is also called as fire corner or “Agneya Kone”. Sunrays in this direction have the correct influence of UVB & UVA and possess the quality to preserve the food with their antifungal and antibacterial properties and add on to the nutritional value of the food. Even in medical fields these soft rays are produced artificially and used for their disinfestations and germicidal properties. Absence of South-east corner in any house or site would mean lack of beneficial fire energy, which is very important to convert raw food material into cooked one i.e. the only source of energy for our body. When energies of fire corner are absent, the food prepared in there will also not have balanced energies and might create negativity in body. Also absent SE corner would mean presence of kitchen or fire element in place of some other element which is only going to create lot of chaos and conflict in the house. Absent south-east or absence of kitchen in south-east leads to health issues specifically for ladies of the family as they have to spend most of their time in the kitchen. Health issues can lead to financial losses, increased squabbles, arguments, aggression and frustration. 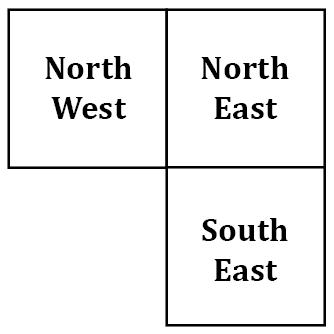 South-west corner, also known as “Nairutya Kone” should be kept heaviest of all the direction. Master bedroom or bedroom for the owner should be placed here, so that he could stay under the influence the dominating energies of south-west as this direction is the reservoir of energies coming in from north-east. Lacking south-west direction in a premise means lack of stability which is associated with earth element. South-west brings seniority, superiority, strength and missing south-west means missing all these essentials from life. This ultimately leads to unwanted expenses, career growth issues and financial losses. 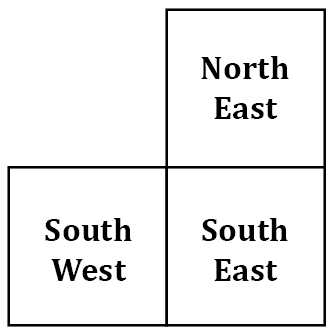 Air corner of the house is the intersection of north and west directions, which is also known as “Vyaya Kone”. But cut here in this direction is also discouraged as per Vaastu tenets. Depending upon the depth of the cut, inmates can encounter complications. North-west corner cut is usually associated with slashing business /career opportunities, legal issues, lack of support from friends and family. Stagnation in everything starts seeping in the house. Communication with people diminishes and all this leads to stress, misunderstanding and disturbed life. 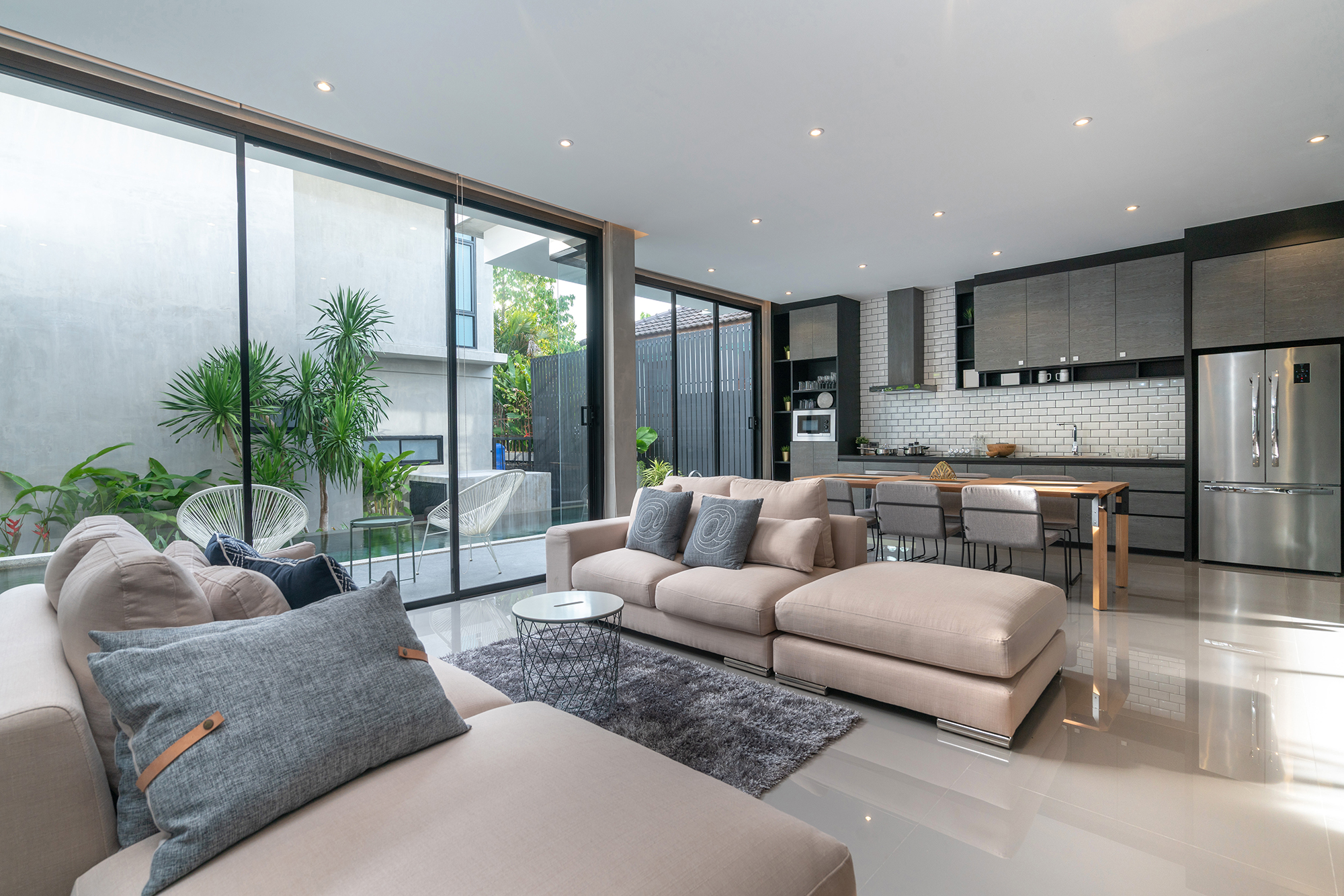 Stay tuned to learn about the remedies to be followed to reduce the flaws of cuts in various directions in upcoming articles. 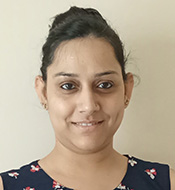 Dr Aarushi Sadhotra is a post graduate in Management and after working for a decade in HR Department of Telecom industry she found her calling in – “Vaastu Shastra”. After completing Ph.D. in Vaastu, she pursued few years of extensive research in Vaastu science and practiced under expert’s supervision, and that’s when she founded “Vaastublessings” – a consultancy for people seeking advices on Vaastu for commercial and residential complexes. Vaastublessings provides onsite as well as off- site consultation in India and overseas. Dr Aarushi is an author as well and has been writing articles for various publications. 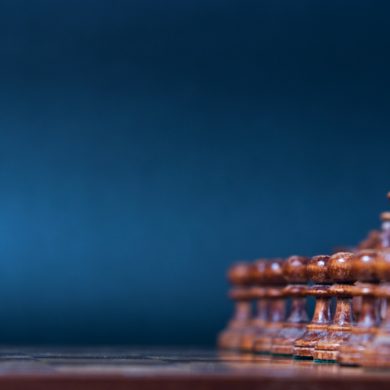 Ways to a Stronger Mind
X