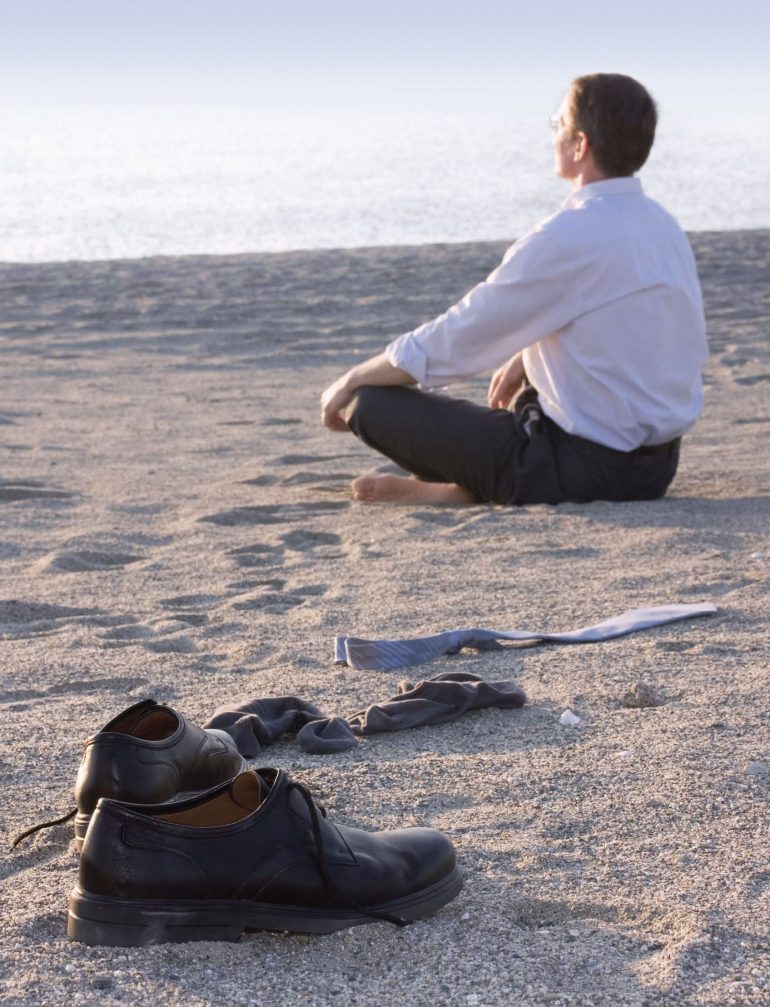 Simplicity Is the Key

Simplicity is not grinding poverty: It is not the polar opposite of wealth. To live simply is to pursue a quiet path of moderation. In a life of balance between opposite extremes lies inner happiness. True lovers, at peace with themselves and with the world around them, accepting happily whatever comes their way, are justified in pitying the very lot of kings.

Happiness is mankind’s true and native state of being. Few people find it, for most of them live at their periphery; they extend themselves as far as possible from their center within. The richer and more powerful they become, the emptier they feel inward.

In kings, the desire for happiness is frustrated more often than fulfilled. Their natural craving for friendship is swept to sea on a daily tide of favor seekers. Their hope for human understanding is submerged and pounded by a surf of competition for their notice. The greater the crowds surrounding a king, the greater is his inner sense of loneliness.

People everywhere, in their quest for happiness outside themselves, discover in the end that they’ve been seeking it in an empty cornucopia, and sucking feverishly at the rim of a crystal glass into which was never poured the wine of joy.

Happiness consists in making the mightiest efforts to reduce your desires and needs, and in cultivating the ability to meet those needs at will, always trying to smile, both outwardly and inwardly, in spite of every predicament.

Be silent and calm every night for at least ten minutes (longer if possible) before you retire, and again in the morning before rising. This will produce an undaunted, non breakable inner habit of happiness that will make you able to meet all the trying situations of the everyday battle of life. With that unchangeable happiness within, go about seeking to fulfill the demands of your day.

Seek happiness more in your mind and less in the acquisition of things. Be so happy in your mind that nothing that comes can possibly make you unhappy. Then, you can get along without things you have been accustomed to. Be happy knowing you have acquired the power not to be negative. Know, too, that you will never again become so materially-minded that you forget your inner happiness, even if you become a millionaire.

There are so many things here in America that I wanted for my own impoverished country. In time, however, I found that the people here are not so happy, on average, as the peasants in India—many of whom cannot afford more than one meal a day. Despite the material prosperity here, people haven’t the same inner happiness. Americans are satiated with a plethora of sense pleasures. Happiness eludes them for the simple reason that they seek it everywhere except in themselves. 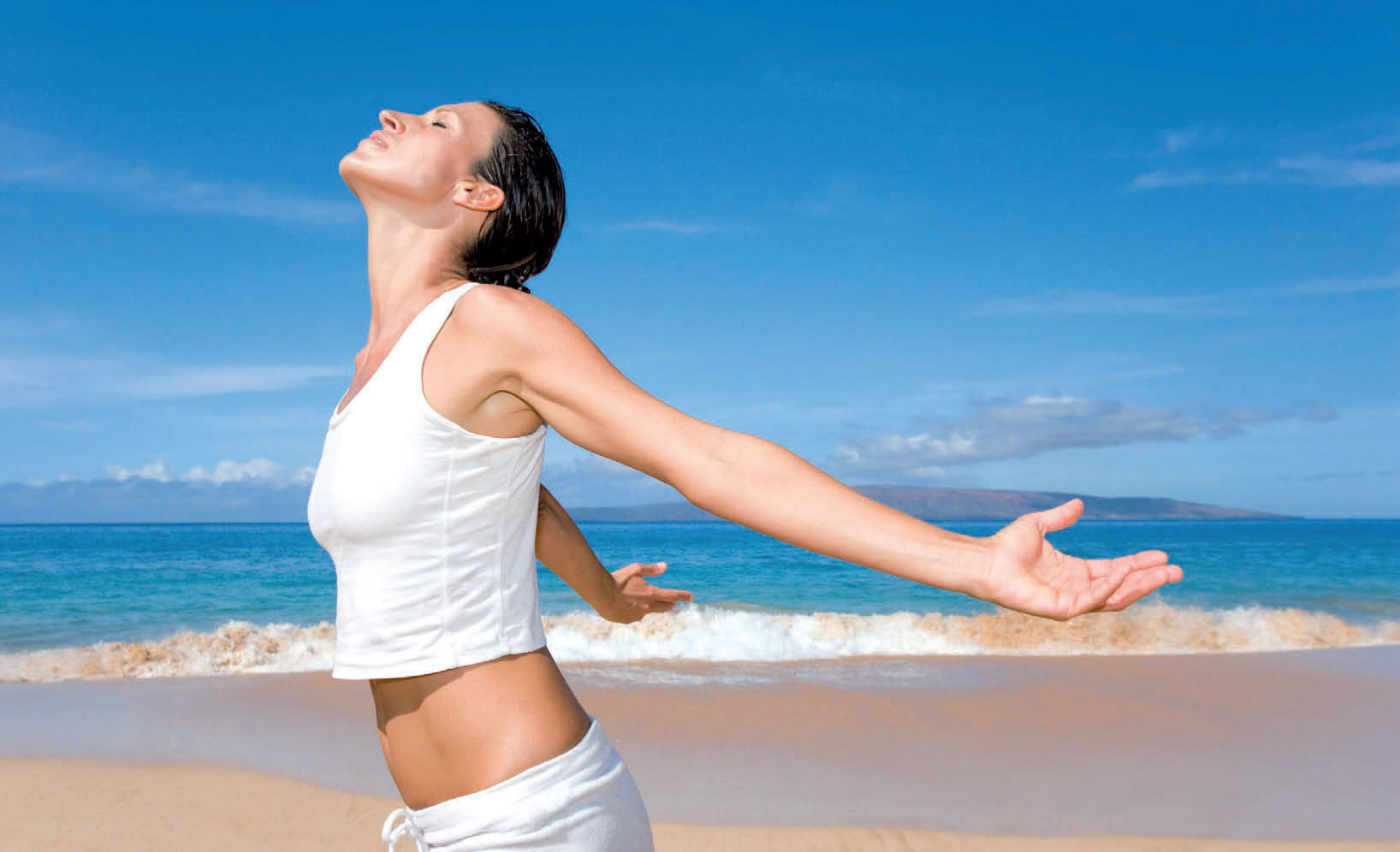 Most so-called “happiness” is nothing but suffering in disguise. You may enjoy eating a huge meal, but you are also likely to have unpleasant aftereffects, such as acute indigestion or stomachache. The greatest way to create happiness for yourself is not to allow sense lures or bad habits to control you, but to be a stern ruler of your habits and appetites. Just as you cannot satisfy your own hunger by feeding another person, so you cannot find happiness in satisfying the over-demands of your senses.

Too much luxury, instead of producing happiness, drives it away from your mind. Do not spend all your time looking for things to make you happy. Be contented always, equally in your struggle for prosperity and in your attainment of it. You can be a King of Happiness in a tattered cottage, or you can be a tortured victim of unhappiness in a palace. Happiness is a mental phenomenon exclusively. You must first establish it firmly within yourself and then, with an undying resolution always to be happy, go through the world seeking health, prosperity, and wisdom.

You will find greater happiness if you seek success ever with a happy attitude than if you try to gain your heart’s desire with an unhappy mind, no matter what that desire may be.

Along with the art of money-making, it is well to learn the art of money-saving. A large income is of no lasting good to you if it only creates habits of luxury with no savings in reserve. Think for a moment: If you should get sick suddenly, how would you continue without the usual income, if you have no savings put away? It is a bad thing to cultivate luxurious habits if you have only a small income. Is it not better to live simply and frugally and grow rich in reality? You should use one-fourth of your income on plain living, save three-fourths, and be at ease in your mind with a feeling of future security. Keep what you earn legitimately, and don’t gamble or lose it in trying to “get rich quick.” 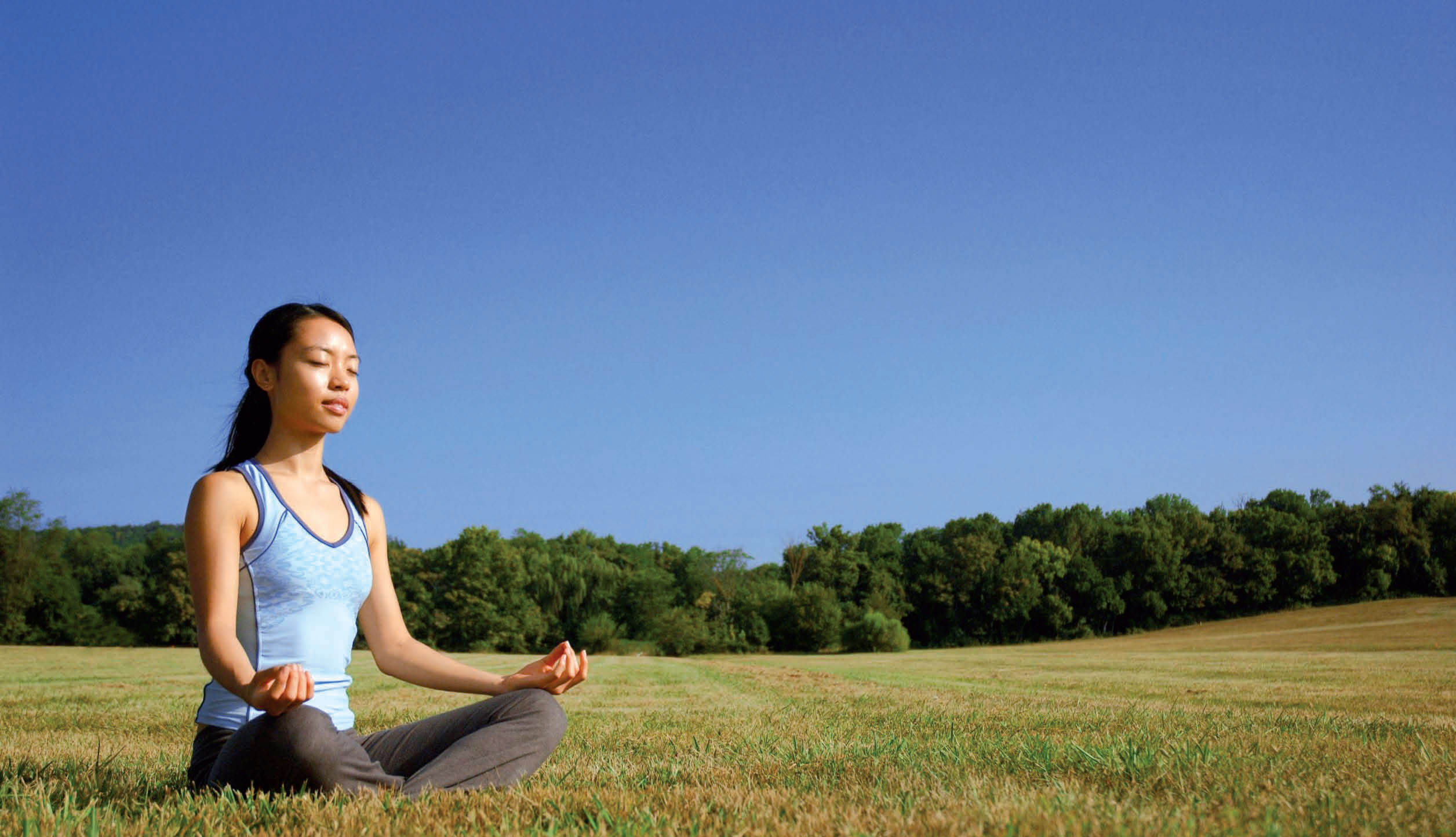 Happiness can be had by the exercise of self-control, by cultivating habits of plain living and high thinking, by spending less even though earning more. Make an effort to earn more so that you can help others to help themselves.

Joy is too delicate a flower to bloom in the sooted atmosphere of worldly minds, which crave happiness from money and possessions. Joy wilts, too, when people water it inadequately by placing conditions on their happiness, telling themselves, “I won’t be really happy until I get that car (or dress, or house, or vacation by the sea)!” Materialistic people, however frantically they pursue the butterfly of happiness, never succeed in catching it. Were they to possess everything their hearts ever craved, happiness would still elude them.

On the other hand, happiness blooms naturally in the hearts of those who are inwardly free. It flows spontaneously, like a mountain spring after April showers, in minds that are contented with simple living and that willingly renounce the clutter of unnecessary, so-called “necessities”—the dream castles of a restless mind.

When a person renounces outward ambition to seek peace within himself, he may feel a certain, fleeting nostalgia for his old, familiar habits. Accustomed as he was formerly to outward busyness, simplicity may strike him at times, in the beginning, as stark and unattractive.

Gradually, however, if he perseveres, he will accustom himself to the inner world, and will discover increasing happiness in soul-sufficiency. He will come to appreciate more and more deeply the meaning of true happiness.

One may, similarly, experience a temporary sense of loss after failing in his worldly endeavors. Life then, at first, may seem devoid of any herbage of hope. If, however, after wandering in that desert for a time, he determines to face his new circumstances courageously, he will come to realize that life has not changed essentially at all; that whatever occurred to him was only defined as failure by his own imagination. He may then remember happier moments: the simple delights,for example, that he enjoyed as a child. Suddenly he will understand that inner contentment is itself the one and only valid definition of success—and, quite as wonderfully, that contentment is the one thing in his life he need never lose!

In every case, the wilderness of apparent loss, failure, and disappointment can be coaxed to bloom again, like a barren desert after abundant rain. Newly flowering meadows of peace appear suddenly in minds that seek rest within. The soul then knows a happiness more precious than the greatest success attainable through worldly pursuits.

If you, dear reader, should ever slip, or even fall, from the ladder of success, and find yourself abandoned by wealth and honor, and forced to live in humble circumstances grieve not. Welcome, rather, the new adventure that life has placed before you.

If your dreams lie in ruin all about you, bravely adjust to your altered circumstances. In simplicity you will find even if you never sought it there!—the sweet happiness your heart has always craved.

Life will give you more than you ever dreamed, if only you will define prosperity anew: not as worldly gain, but as inner, divine contentment.

Paramhansa Yogananda: Born in India in 1893, Paramhansa Yogananda was trained from his early years to bring India’s ancient science of Self-realization to the West. In 1920 he moved to the United States to begin what was to develop into a worldwide work touching millions of lives. Americans were hungry for India’s spiritual teachings, and for the liberating techniques of yoga. In 1946 he published what has become a spiritual classic and one of the best-loved books of the 20th century, Autobiography of a Yogi. In addition, Yogananda established headquarters for a worldwide work, wrote a number of books and study courses, gave lectures to thousands in most major cities across the United States, wrote music and poetry, and trained disciples. Yogananda’s message to the West highlighted the unity of all religions, and the importance of love for God combined with scientific techniques of meditation. www.crystalclarity.com 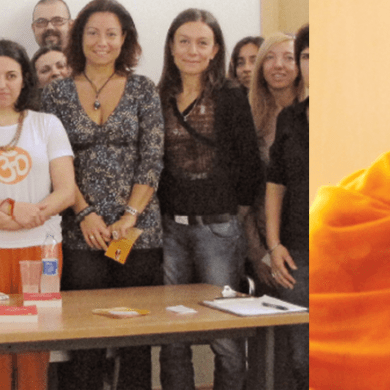