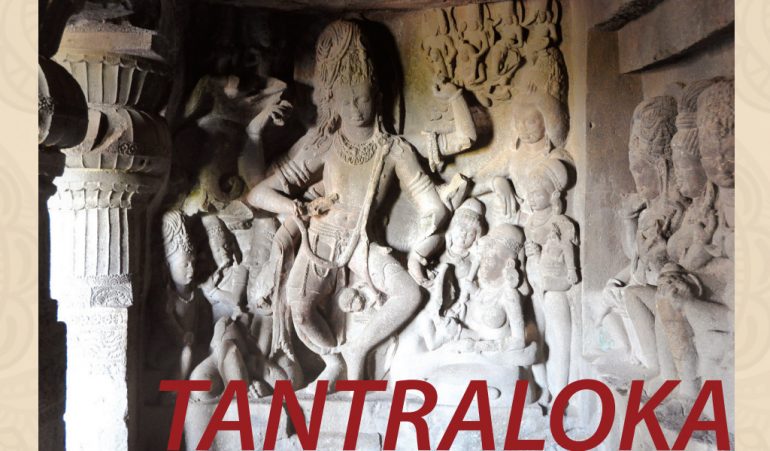 This shining of Lord Shiva is eternal, unending, undivided, and in all ways unconditioned.

I have always felt that what the Tantrics were teaching was very much in consonance with what one would aspire to experience in one’s own life. Kashmiri Shaivism explains that reality is understood to be just One, and that reality is Lord Shiva. He is the pure conscious nature that manifests as all things. Like a light that shines and illumines everything, the light of consciousness shines, illuminating its own infinite manifestations. This shining of Lord Shiva is eternal, unending, undivided, and in all ways unconditioned. What we live and experience in our daily lives, in every moment, is part of that immense consciousness. He shines, manifests, and is everything and everybody all that happens in our lives, as well as the means by which we perceive it all.

The essence of the entire teaching of Kashmiri Shaivism is that anything we do for our spiritual development is ultimately to achieve the recognition that there is only that one reality and it is who we are: We are that Lord Shiva who is shining and manifesting as all things.

Inspired by this philosophy and by the beauty of the culture, I have immersed myself in Indian studies since I arrived in Delhi in 1969, as a teenager in search of a guru. After spending some time in an ashram, I attended Banaras University for my undergraduate and master’s work, where I focused on Indian studies, religion, and Sanskrit. Then I went on to Oxford University to earn a Ph.D. and my doctoral dissertation was later published under the title The Doctrine of Vibration.

In the beginning of the 1970s, we knew practically nothing about the history of Shaivism. It was largely due to the inspiration of Professor Alexis Sanderson (my mentor at Oxford) that the historical study of Shaivism began. The wealth of knowledge gathered in this field in the past forty years is largely due to his efforts and those of his students who, like me, have edited and studied unpublished Tantras. Of course there are other scholars in this field, but Sander son really spearheaded a huge effort.

The inspiration and the basis for this historical inquiry are the actual works of Kashmiri Shaivites, the most extensive of which are by Abhinavagupta, who wrote the Tantraloka. He was the one who built up what he called “Anuttara Trika,” and he did that by referring to and integrating many Tantras and other works, drawn from varied Shaiva Tantric traditions. The main manual—you might say the Bible of Anuttara Trika—is the Tantraloka, and secondary to that is the Paratrishikavivarana. The Tantraloka is one of the last great classics in Sanskrit that had not been fully and authoritatively translated into English before now.

Kashmiri Shaivism teaches that the light of consciousness, which shines as everything, also has a divine power.

To fully understand the importance of the Tantraloka, I need to say more about the history of Shaivism. Basically what happened is that sometime around the sixth century AD, relatively suddenly, a huge number of revealed texts began to come to the earth, as it were. There were two streams of thought. The first is Siddhanta Shaivism, which is now very popular in South India. It centers on the worship of lingas and the form of Shiva called Sada Shiva, which means “always Shiva, always auspicious.” Nowadays this tradition is found in the large Shiva temples of South India.

The other large current centers around Shiva as Bhairava, the fierce form of Shiva, who has a fierce intention to remove all bondage, to help people to achieve liberation quickly. The Bhairava Tantras developed in a number of different schools right from the beginning. They taught intense, forceful inner yogic practices to achieve liberation, through an expanding state of consciousness full of the energies of Bhairava. The worship of these energies is a very dominant feature—so much so that Bhairava recedes in the background and the Goddesses, who are the main embodiment of these energies, come to the fore.

So part of the Bhairava tradition is Trika Tantra. It focuses on the worship of the three Goddesses who represent Shiva’s power. Abhinavagupta quotes from many of these Trika Tantras, which had been revealed in the 400- 500-year span before his time. Anuttara Trika was considered by him to be the highest form of Trika. It was a synthesis of all the main aspects of the Trika tradition plus that of the Shaiva Agamas, which include the Siddhanta stream.

The logic of calling Anuttara Trika the “highest” is that according to the revelation itself, Trika comes at the end of a series. One is initiated into Trika Shaivism after having taken a series of initiations into what are considered from the Trika perspective to be lower forms of Shaivism and even below that Vaishnava Tantra, and finally Vedanta. So there is an ascending gradation of initiation, and Trika contains and encompasses all of them as their ultimate teaching. Everything culminates in Anuttara Trika.

Abhinava gupta presents his Tantraloka as an explanation of the teachings of the Malinivijayottara, the Trika Tantra he considers to be the most authoritative. He holds this authority in such reverence that he declares at the beginning of his Tantraloka that there is nothing in it which is not in some form present or suggested in the Malinivijay. Abhinava thus intends his Anuttara Trika to be understood not as something new, but as the final development of the Trika school of Shaivism which is one of the oldest of the Bhairava current of Shaivite scriptural traditions and the most explicit and detailed presentation of its essential teachings.

Abhinavagupta presents his Tantraloka as an explanation of the teachings of the Malinivijayottara, the Trika Tantra he considers to be the most authoritative.

In terms of my own studies, Abhinavagupta’s two great works on Anuttara Trika are full of references to Shaiva Tantras and it was the need to understand these works that made it necessary for us to discover/uncover as many of these Shaiva Tantras as possible. And it then became evident that we also had to do some historical studies, because Anuttara Trika comes at the end of the development of some centuries of Shaivism. We looked into both the original scriptural sources, the revelation, and at the development of Shaivism as it spread throughout India. To that end, we were inspired to identify those manuscripts that were worth editing because of their historical importance and their content.

Abhinavagupta is one of the very greatest minds India has ever produced. He has contributed works of the highest order in the field of Shaiva Agama, and is among those with the most comprehensive knowledge of its traditions, scriptures, and their philosophical exegesis. The excellence of Abhinavagupta’s work, the depth and expanse of meaning of his every word, remains a source of wonder and a constant stimulation of reflection and investigation to all who read him in any field. Moreover, his writing is a literary masterpiece, as thrillingly beautiful as it is intellectually challenging and deeply spiritual. The Tantraloka comprises over 6,700 verses, every one resonant with boundless suggested sense. In the Tantraloka we witness one of the world’s greatest minds developing a Tantric system with a depth and breadth that has remained unparalleled for a thousand years.

The traditions Abhinavagupta has knit together in his exposition of the teachings of the Anuttara Trika were always transmitted in two parallel ways, written and oral. The text is so long and complex that even the immediate meaning is not always clear, let alone its hidden implicit meaning. It is this implicit meaning that is the focus of the oral transmission the meaning we can only understand by applying the teachings in practice.

We need not only what comes to us through our thinking, reasoning, and understanding of things, but also the inspiration that comes to us directly from the infinite being who works in our lives. We need to practice in order to open to the grace and love that is available to us from God. Meditative practice is essentially based on paying attention to the existence and presence of Lord Shiva, and the fact that he is everything, within and outside of us. It involves developing and maintaining our awareness of this, at all times. I believe we also need to have some contact with spiritual people who are more highly developed, and, if we are so lucky, with realized souls.

It’s not necessary for everyone to study in the way that I have done, but it is necessary to have some understanding of the path and how to develop yourself spiritually. And we all need some inspiration, a way to keep reminding ourselves of the importance and the value of what we’re doing, on whatever path we are on. We need to be reminded that the concerns and worries, as well as the hopes and joys of our daily life, are just a small part of who we really are. So the Tantraloka, like the Bible or Koran, is there to give us a source of daily inspiration. It gives us advice on how and why to practice, and some glimmer of what we are ultimately destined to achieve through assiduous practice and, above all, by Lord Shiva’s grace.

The development of our spiritual life is like the growth of a river. As we wind our way on a course to the sea of that infinite plentitude, there are tributaries that meet us and make us grow. In my case, I had the great good fortune to receive initiation from Swami Laksmanjoo in 1976. He was a true living master and the last great exponent, at least up until now, within the tradition of Kashmiri Shaivism. Over the years I have done what I could to absorb what he gave me.

But in this tradition, it is taught that the transmission of spiritual consciousness takes place not only through a master but also directly through the teachings of the scriptures and through our own inspiration and insight. Why? Because the one universal teacher of all teachers, Lord Shiva himself, is the source of the teacher’s transmission, the scripture’s transmission, and of our inspiration. So as we go through and study Tantraloka, we can also become recipients of that energy and transmission if we open ourselves up to it.

I believe that a great revival of Kashmiri Shaivism is happening through the acts and initiatives of many people, great and small, all over the world. I find it to be an astonishing revival of a tradition, which, when I began to learn about it forty years ago, was known to barely a dozen people outside Kashmir. What a wonderful opportunity for the average person, who now has the good fortune to have access to these teachings.

So as we go through and study Tantraloka, we can also become recipients of that energy and transmission if we open ourselves up to it.

I like to see this as part of a process that Lord Shiva himself is initiating and sustaining to reveal himself in the world more concretely, and to revive the teachings of the Kashmiri Shaiva masters that are so profound and extensive. These teachings have always been an inspiration for the great masters of Tantrism who followed Abhinavagupta, as his words have been the means through which the masters have understood their own tradition. I hope that in the coming years, I will be able to bring the profound beauty and wisdon of Tantraloka and Kashmiri Shaivism to more and more people. 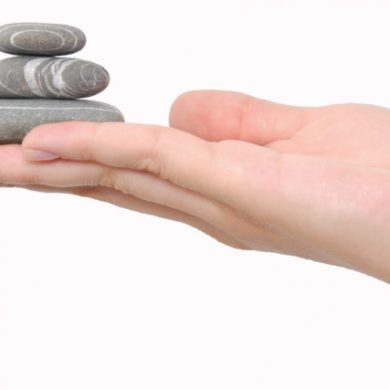